Football kit news from Sky Bet League One as Wycombe Wanderers have agreed a three year contract extension with O’Neills. 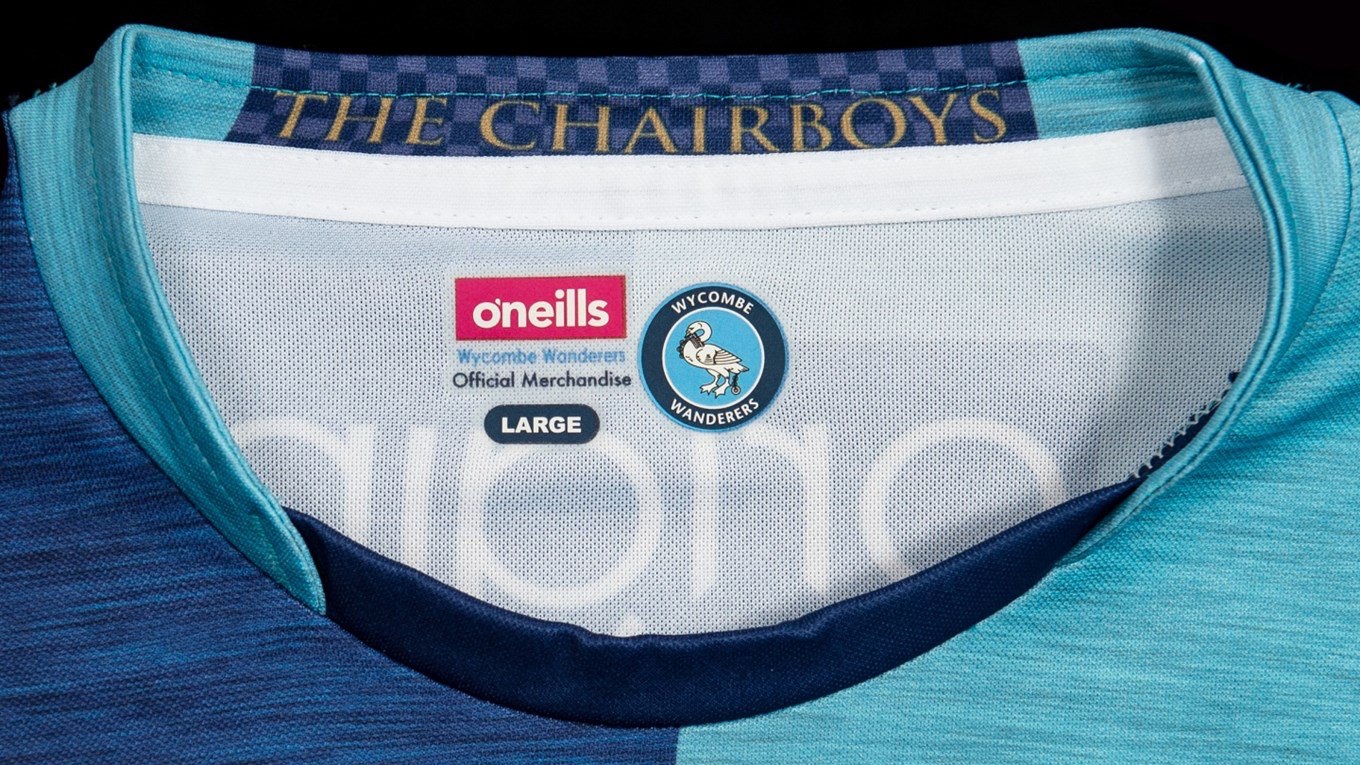 The Irish brand have been The Chairboys kit supplier since 2016 and have become well known for creating outlandish goalkeeper kits with the intention of putting off the oppositions attacking players.

Wycombe Wanderers have announced that they will unveil a new away kit, goalkeeper jerseys and training wear during the summer which seems to suggest they will keep the 2018-19 home kit for another season.

The contract extension means O’Neills will provide the Wycombe Wanderers kits until the end of the 2021-22 season.

Wycombe’s general manager Michael Davies said, “The partnership with O’Neills has been hugely successful for us, not just from a commercial perspective but in the quality of the products and the service they’ve been able to provide to us and our supporters.

“We’re excited to share the new range of items with our fans this summer and thank O’Neills for their ongoing support of the club.”

Susie Robertson the O’Neills UK Sales Manager said, “We’ve loved working with Wycombe Wanderers since 2016, particularly as they were our first partner in the English Football League. We’ve been delighted to see the popularity of the products amongst the loyal fan base and have received really positive feedback.

“Our partnership has been both enjoyable and successful, culminating in a further three-year supply deal being agreed, and everyone at O’Neills has taken great pride in seeing our name associated with some fantastic moments in the club’s recent history.

“We are fully supportive of Wycombe Wanderers as they look forward to another season in League 1 and will continue to do all we can to support them in the coming three seasons.”