News from the German Bundesliga this evening as a limited edition Werder Bremen 120th Anniversary Umbro shirt has just been revealed. 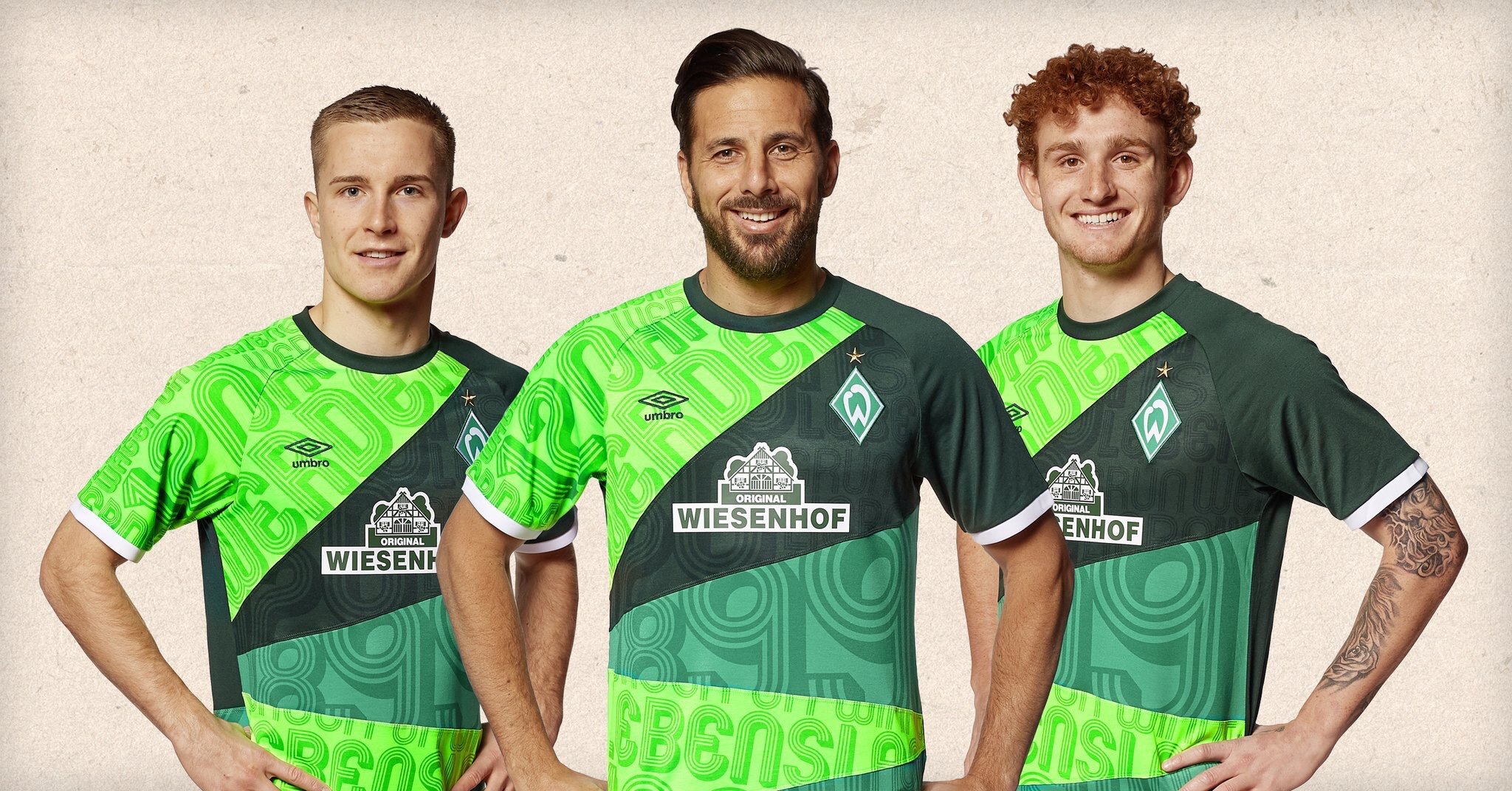 The special Werder Bremen jersey commemorates the German club and its supporters and is made up of three shades of green as used in the clubs history with large subtle ‘Werder Bremen’ and ‘1899’ lettering and numbering throughout. 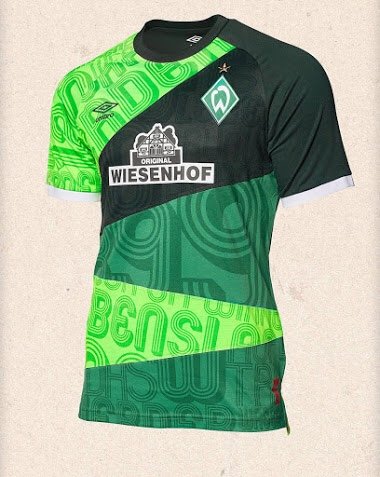 The crew neck collar is dark green whilst the cuffs are coloured white. 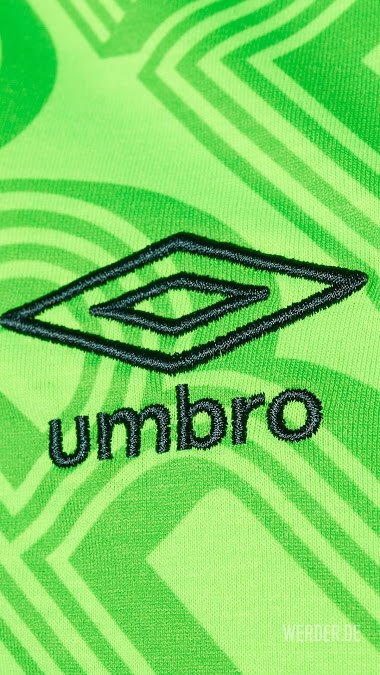 The 2019 Werder Bremen 120th Anniversary shirt will be released tomorrow with only 1899 jerseys available. 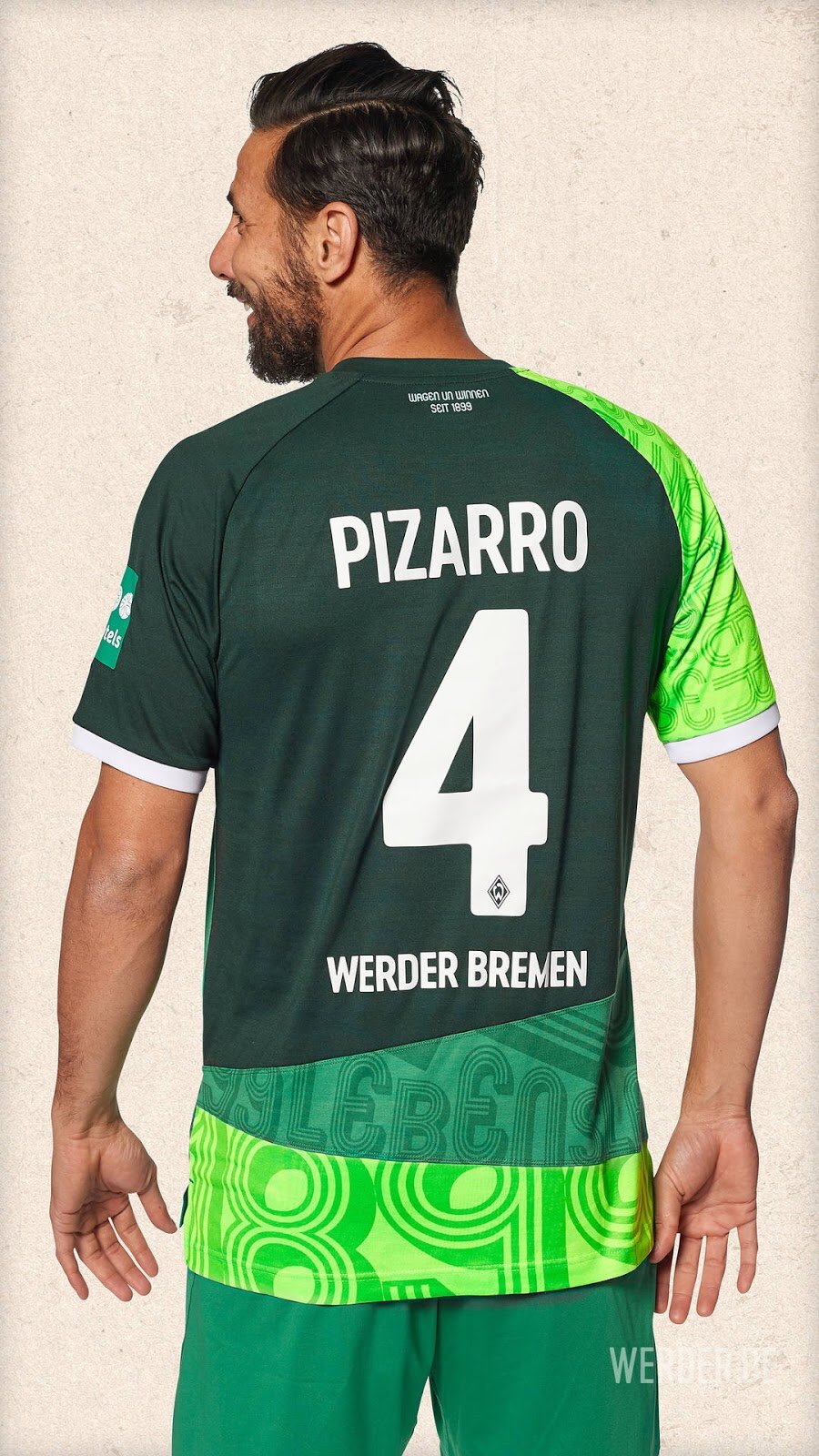 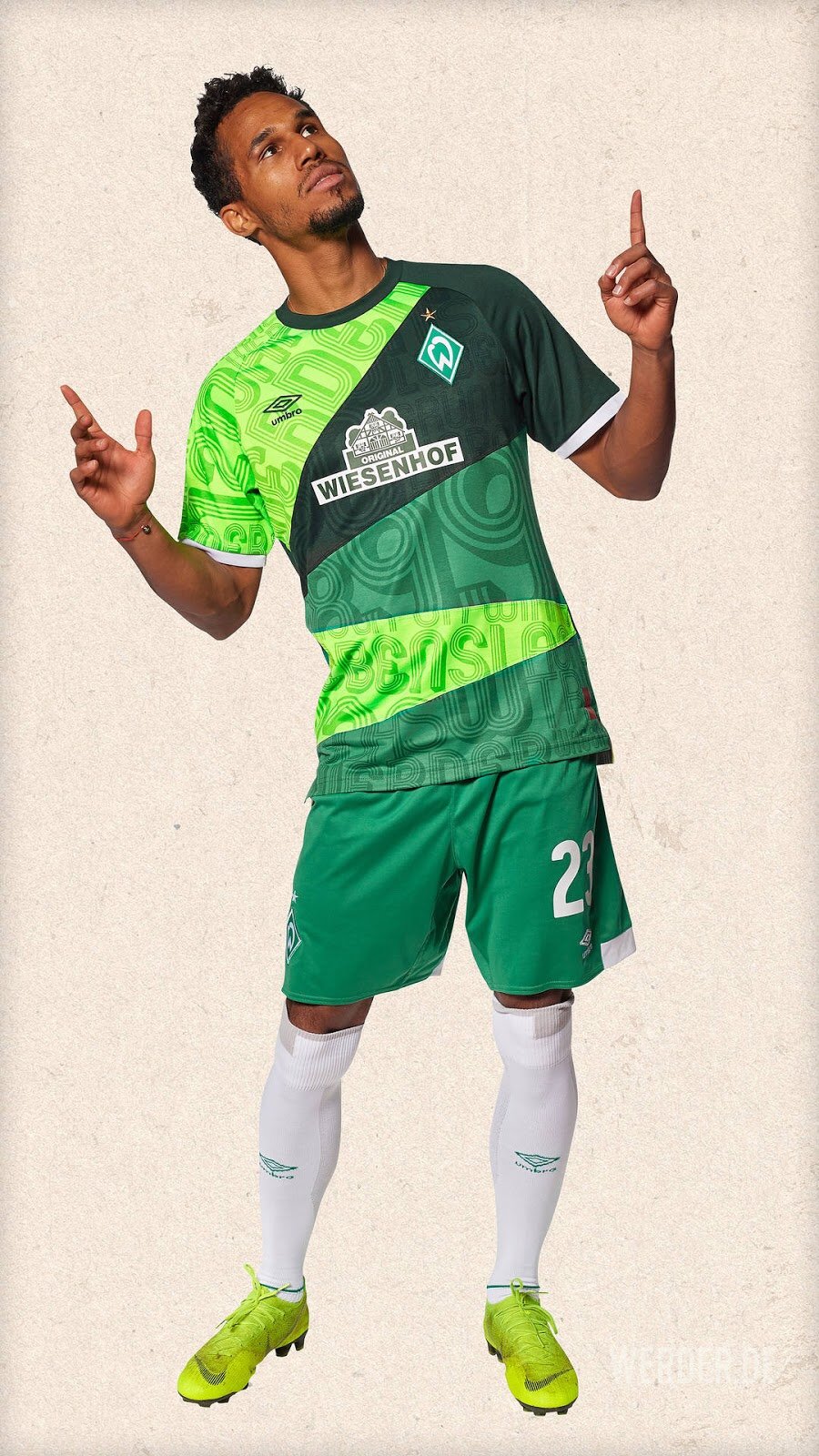