Football kit news from 2. Bundesliga as yesterday the new Under Armour St Pauli 2019-20 away and third kits were officially revealed. 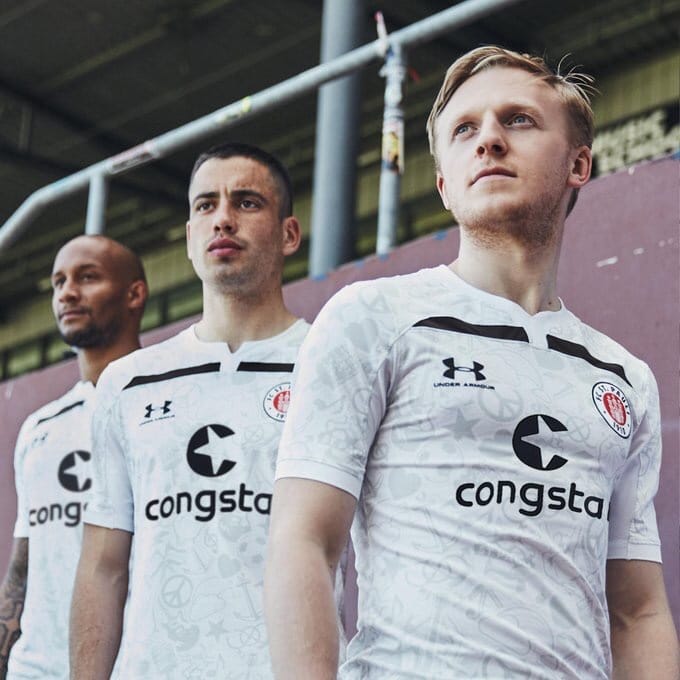 The 2019-20 St Pauli away jersey has a white base colour with a subtle graphics appearing all over the shirt. In total 16 symbols and icons are used, things such as hearts, skulls, punk rock, anchors, rainbow flags, football’s and other icons are used to represent what the club stand for. 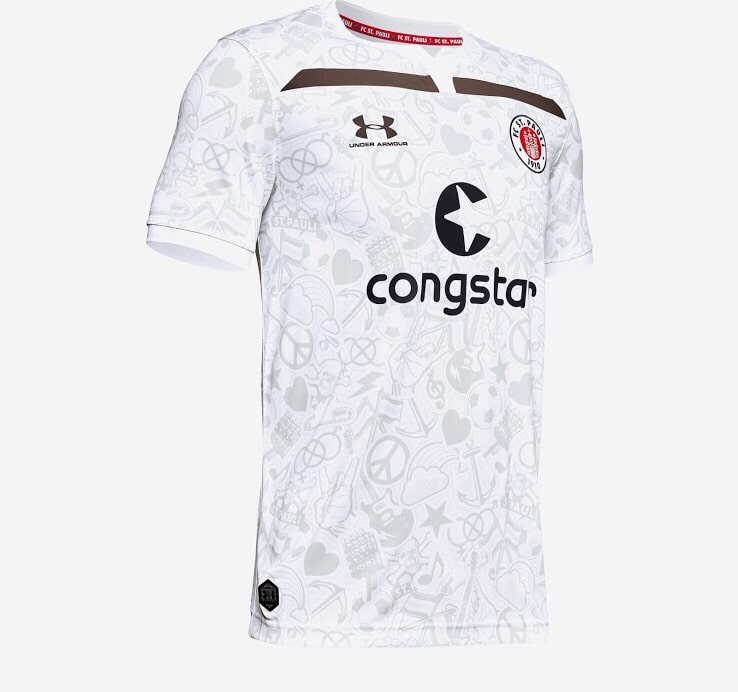 A brown horizontal stripe runs across the top of the chest, although it breaks in the centre of the shirt before continuing.

Both the UA logo on the right breast and the Congstar shirt sponsor are also coloured brown. 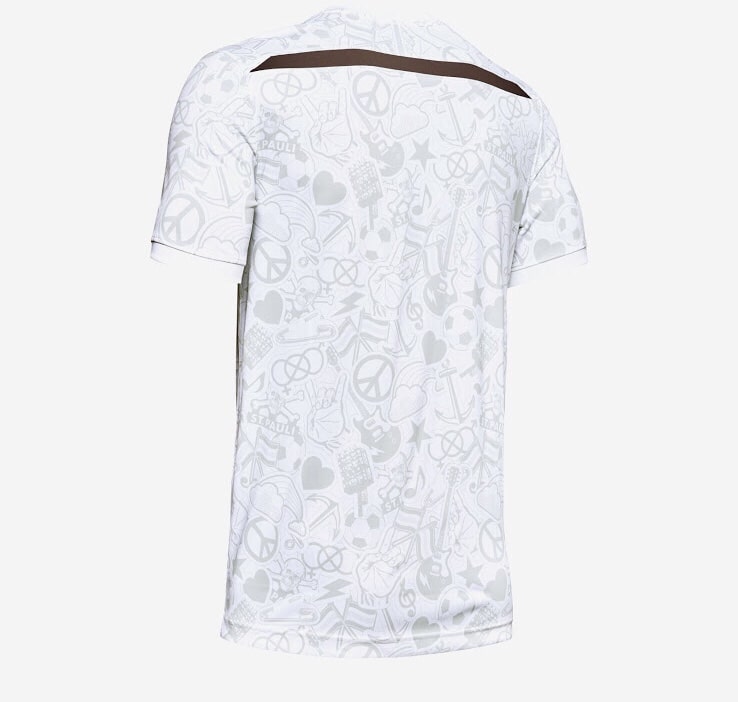 A brown horizontal stripe runs across the top of the back. 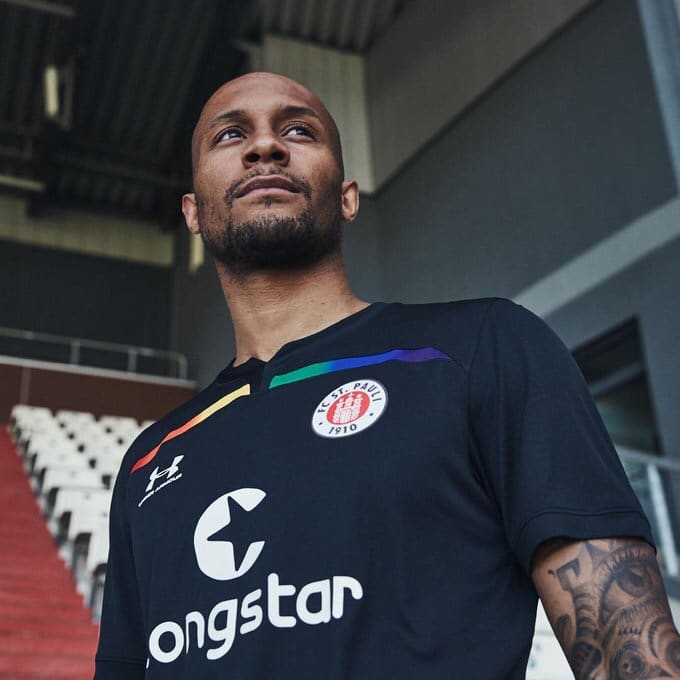 The St Pauli cup shirt has a black base colour with a rainbow coloured stripe running across the top of the chest. The rainbow stripes on the jersey celebrate diversity, mutual respect and openness. 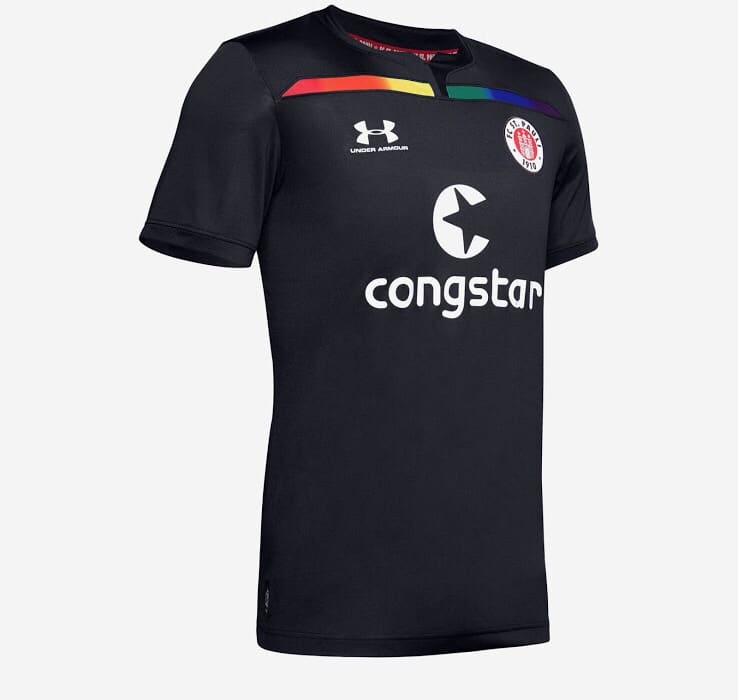 Both the Under Armour logo on the right breast and the Congstar shirt sponsor are coloured white. 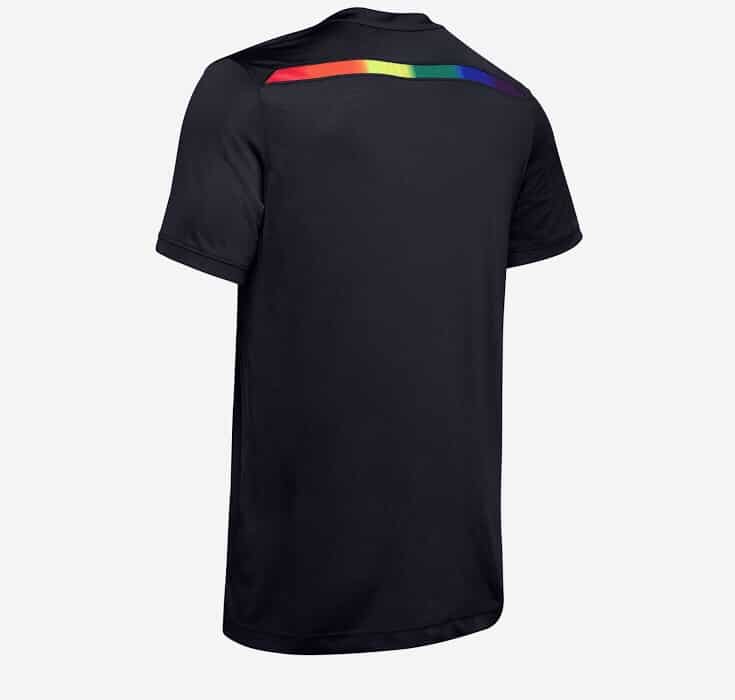 A rainbow stripe runs across the top of the back.

Buy a classic Germany shirt from The Kitman!