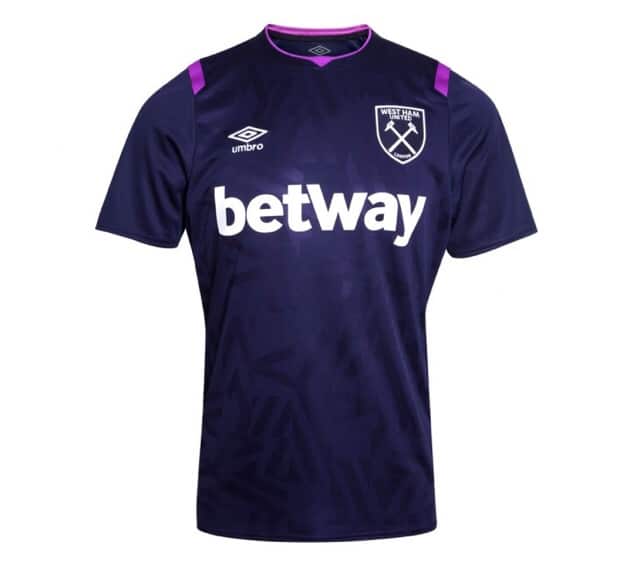 The West Ham United third shirt has a Evening Blue (navy) base colour with a subtle shattered diamond pattern on the front. 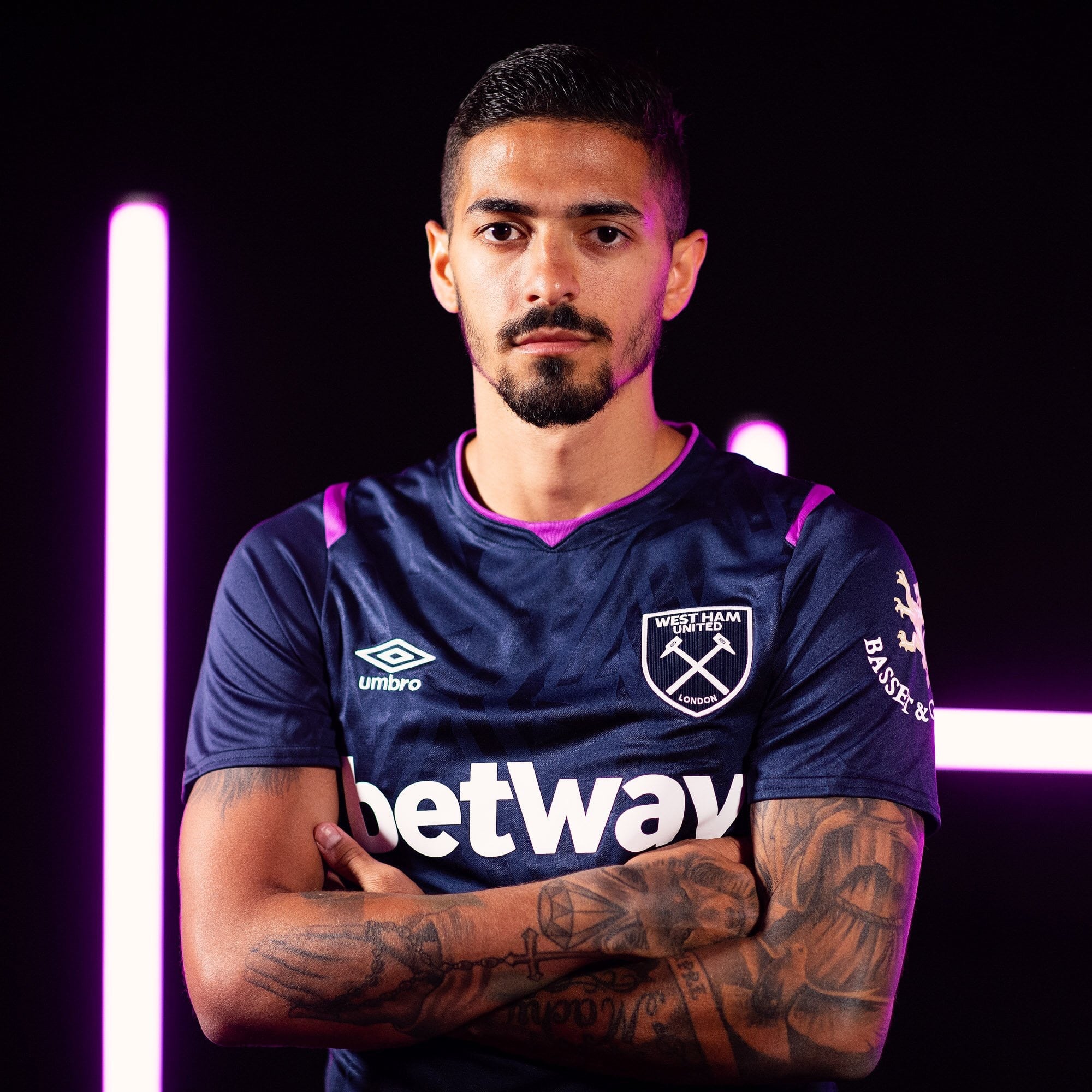 Purple trim circles the collar whilst the details on the end of the shoulders are also coloured purple.

Both the Umbro logo on the right breast and the Betway shirt sponsor are coloured white. 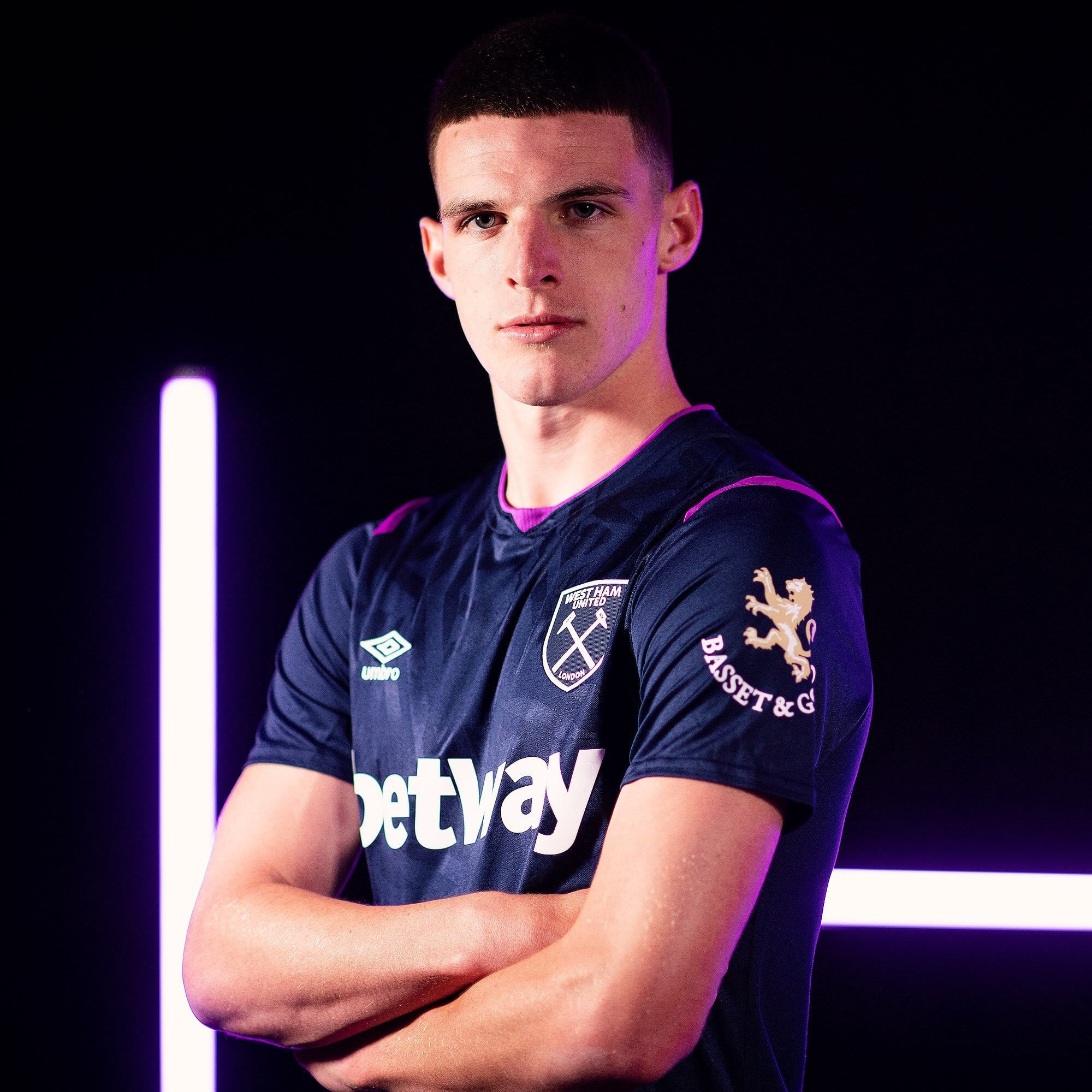 On the back on the neck is a retro West Ham crest as worn by Sir Trevor Brooking and Billy Bonds on the way to their 1980 FA Cup Final triumph over Arsenal. 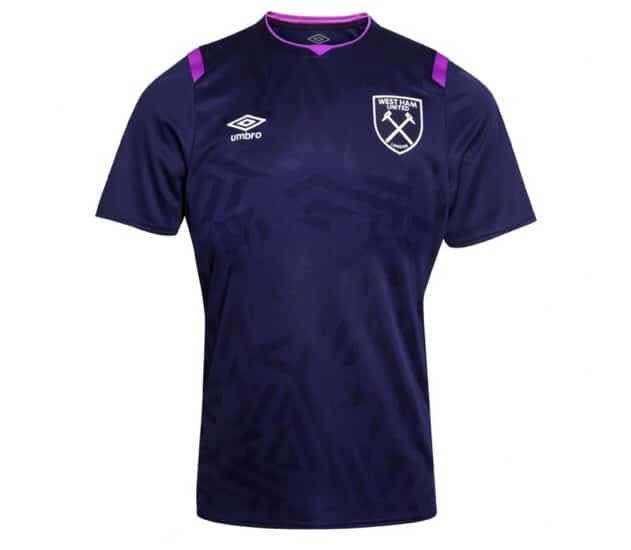 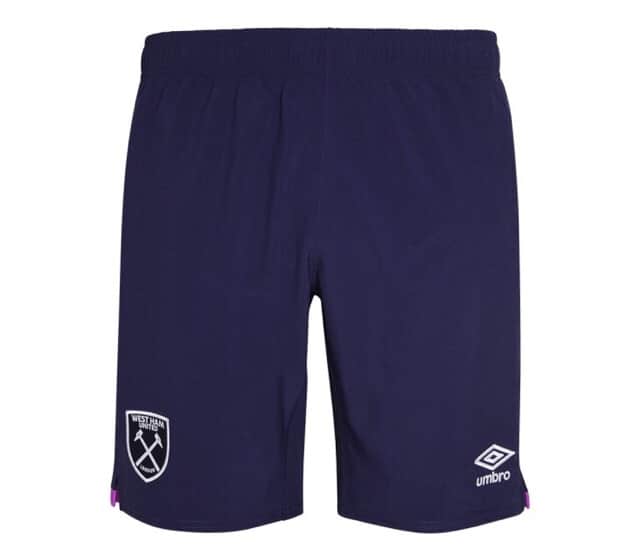 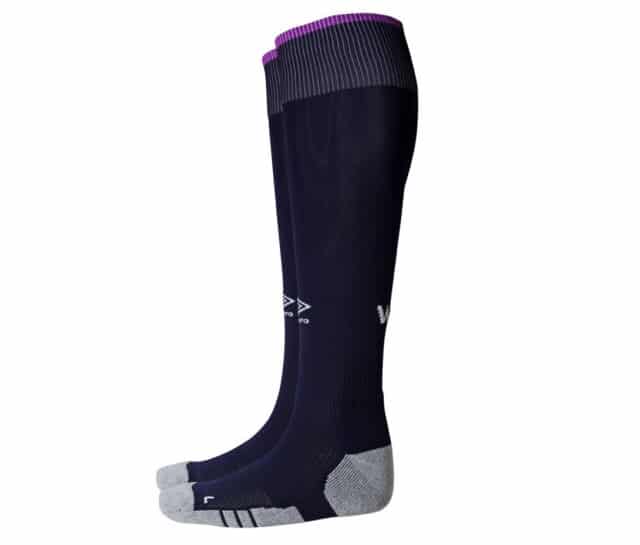 Buy a classic West Ham United shirt from The Kitman!