News from the Bundesliga in Germany as the new Uhlsport 2019-20 Fortuna Düsseldorf third kit has been officially unveiled. 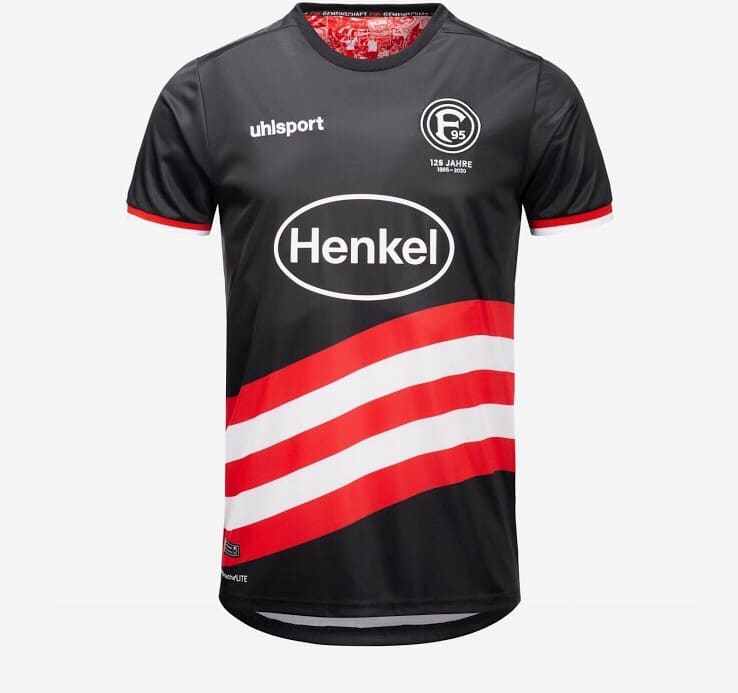 The 2019-20 Fortuna Düsseldorf third shirt has a black base colour with a diagonal red and white striped graphic on the lower half of the jersey inspired by the flags used by the supporters.

Both the Uhlsport lettering on the right breast and the Fortuna Düsseldorf crest on the left breast are coloured white but glow in the dark inspired by the fixtures played under floodlights. 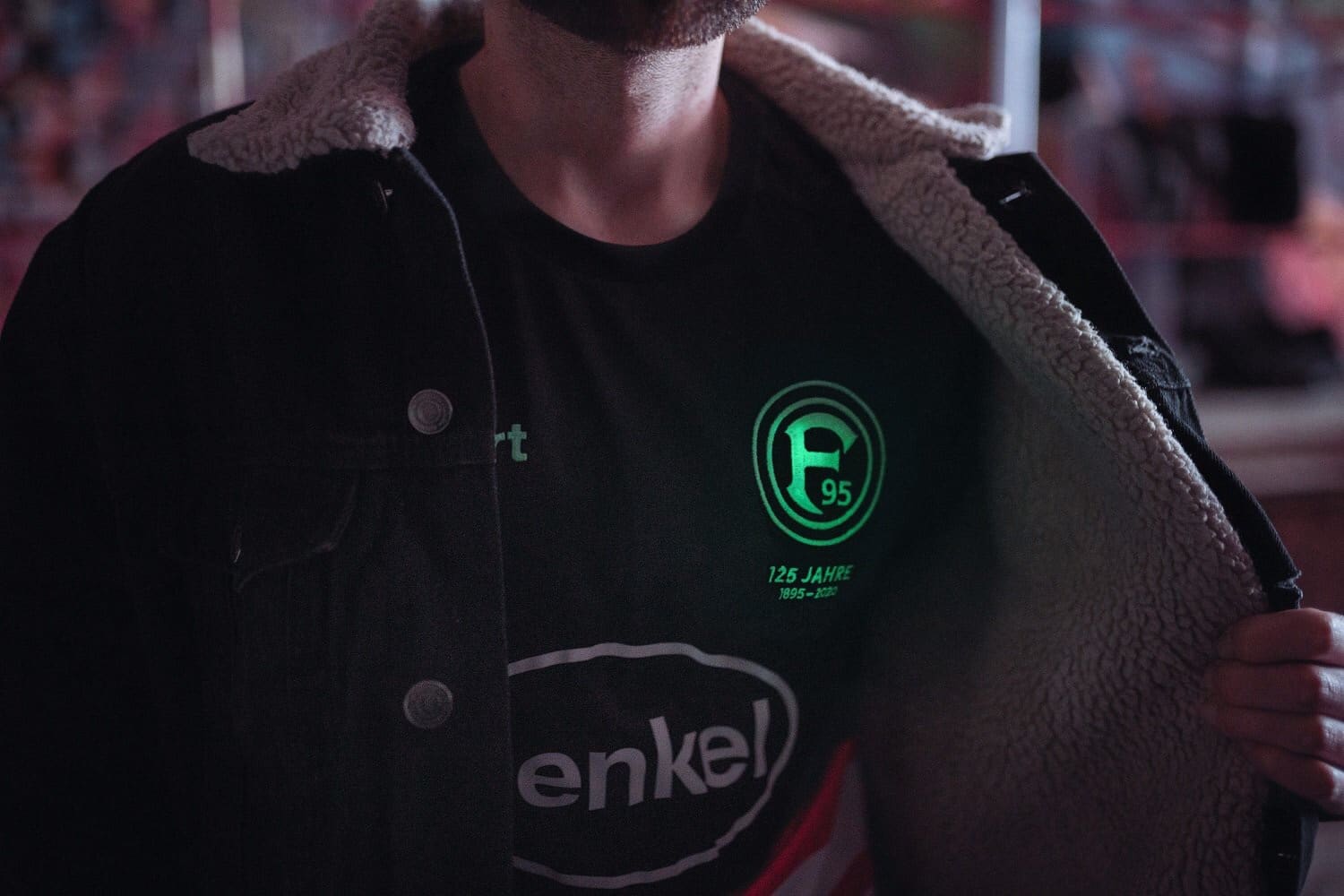 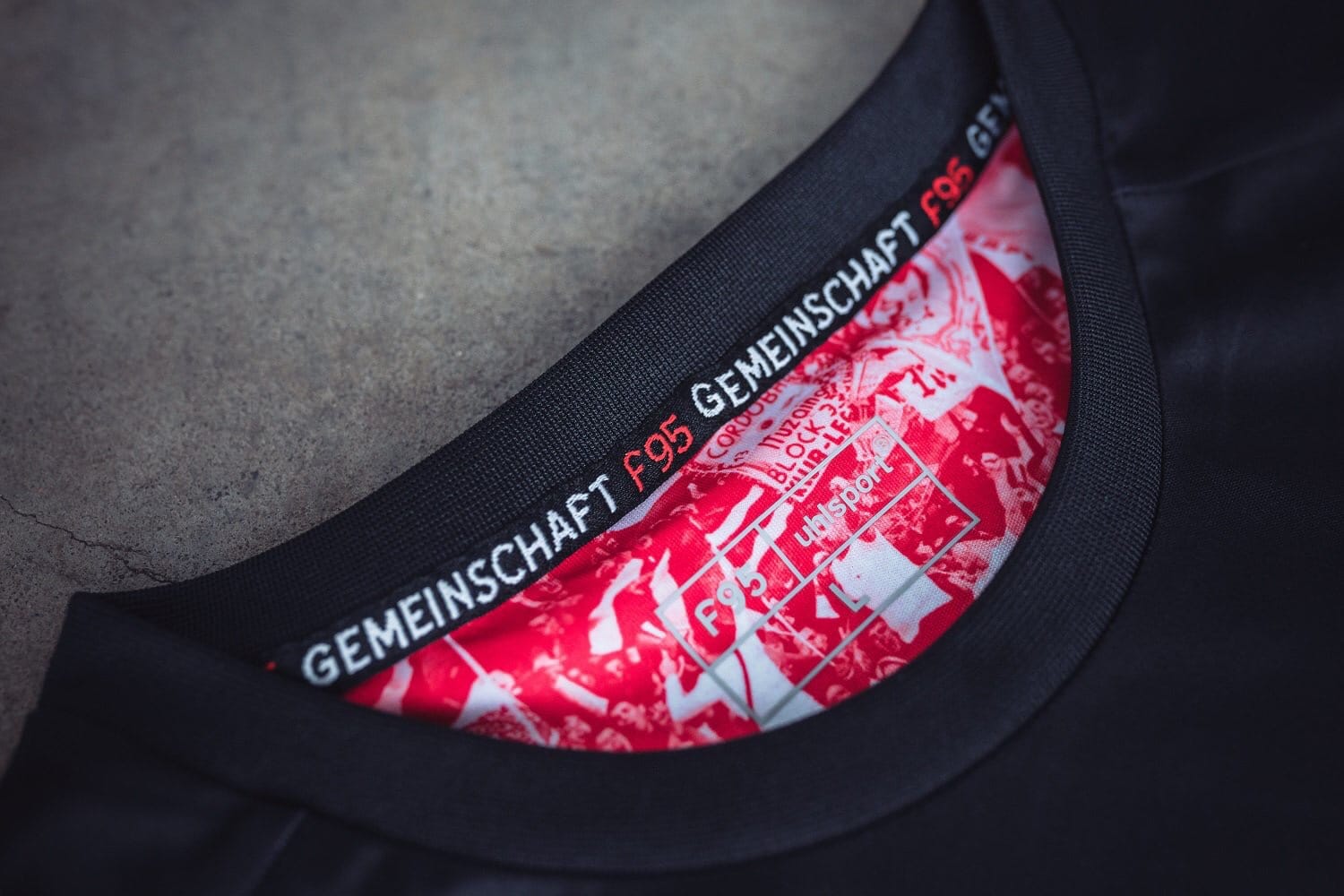 Inside the neckline is ‘Gremeinschapt F95’ lettering whilst beneath is a red and white graphic of the clubs supporters. 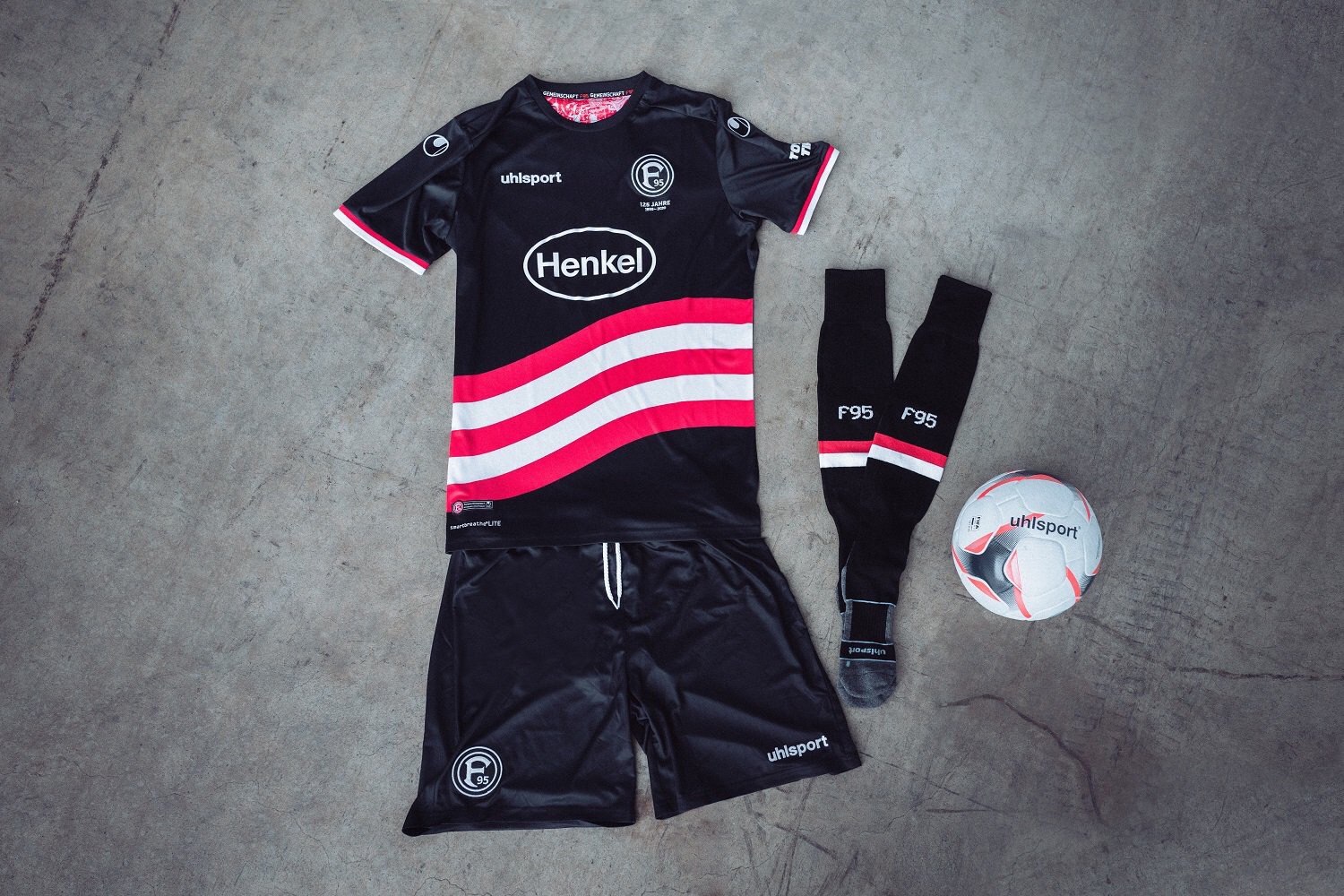