Ever since 2004, Adidas and Major League Soccer (MLS) have had an exclusive partnership, with the sole manufacturer being responsible for now 27 teams’ (plus future additions) kits and teamwear. Whilst this type of deal may seem alien to football fans from around the world, it is certainly more of the recognised concept in America, with rivals Nike similarly having exclusive deals with other major sports leagues such as NBA, NFL and MLB.

So has this partnership worked thus far?

In this piece, we will explore hotly debated topics such as shirt templates, player issue shirts and bold designs, and whether the league, clubs and fans have benefitted from the single supplier or whether they could have gained more from a bit of kit diversity.

Firstly, let’s discuss the positives and in my opinion, there are three main pros to the MLS/Adidas partnership: kit rotation, bespoke designs, and exclusivity. The policy of each club revealing only one shirt a season, either home or away, and keeping that shirt in use for two years is brilliant for both the fans and the team. For the supporters, they still get to have the excitement of a jersey reveal every year but are able to get their money’s worth from a kit for two years. This sort of policy is one fans from all around the world have been screaming for in the wake of a lot of clubs releasing a minimum of three shirt per season, so MLS are really leading the charge in this. For the club itself, it helps maintain a consistent brand identity and recognition, especially useful for attracting international fans. Whilst Adidas cannot necessarily be credited with this policy, it ensures each shirt has immense attention to detail for each club.

Following on from this, Adidas undeniably places a great importance on each club’s history and values. For example, Seattle’s 2021 away shirt, named the ‘Jimi Hendrix Kit’ is inspired by the club’s traditional rendition of the song “All Along the Watchtower” before kick-off. 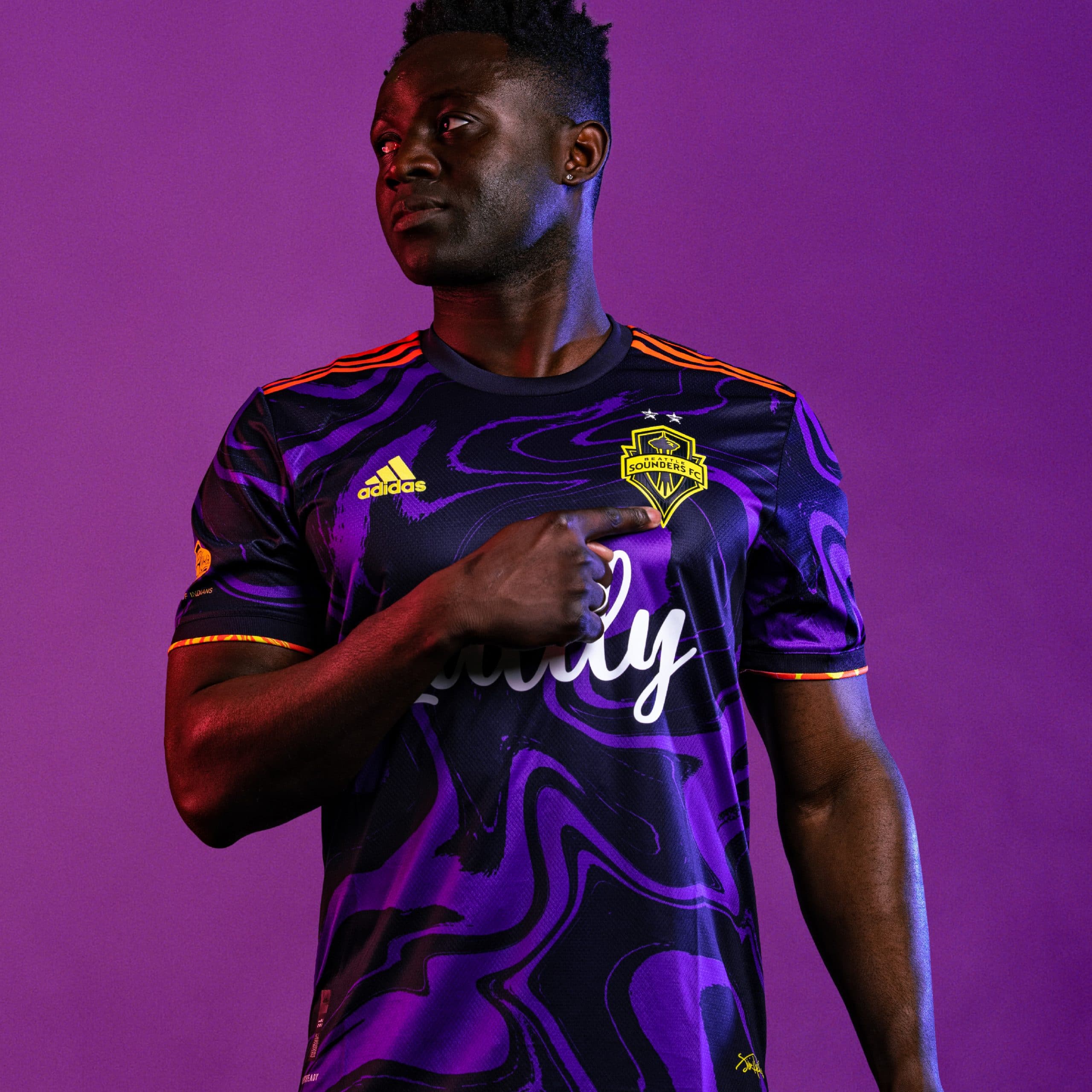 Similarly, Toronto FC’s kit features their core values ‘Club. City. House. Supporter.’ Inside the collar as well as the symbol form featuring on the bottom left of the shirt. These minor details may seem like excellent marketing moves to the sceptics, but to supporters, I believe Adidas has really attempted to make shirts bespoke to the club and capture their identity. 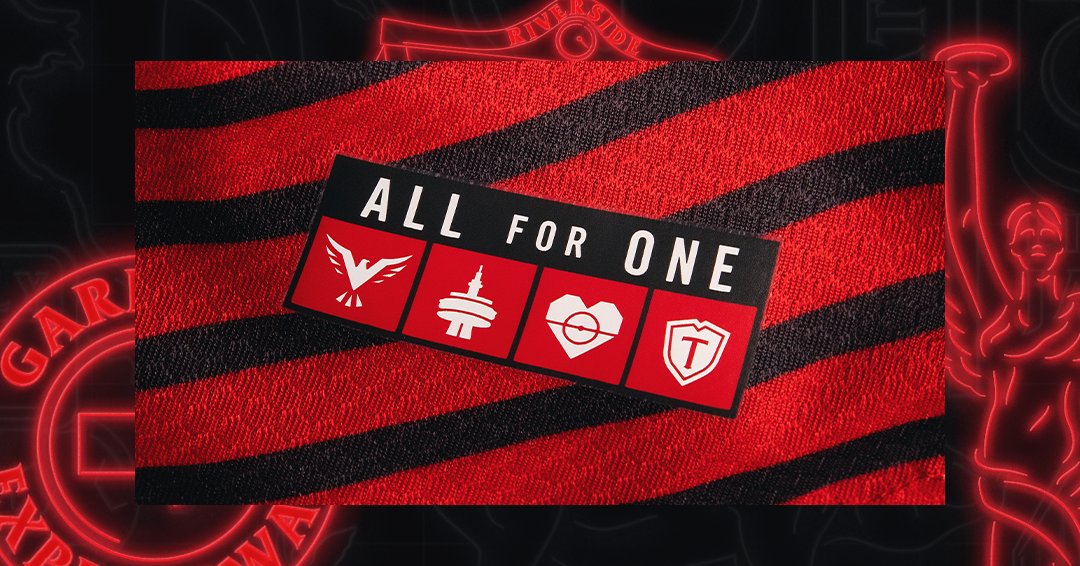 The next point maybe a bit controversial and certainly is a love or hate concept: the 2020 EQT template, which features bold ‘Adidas’ stripes across the right shoulder, which is MLS exclusive The reveal of these jerseys resulted in a mixed reaction; some loved the throwback element of the design whereas others hated the uniformity and lack of originality. For me, the fact that Adidas did such a great job on most if not all of the jerseys featuring the fresh design really helps to sell the concept, with my personal favourites including the away shirts for New York City FC, New York Red Bulls and Atlanta United. 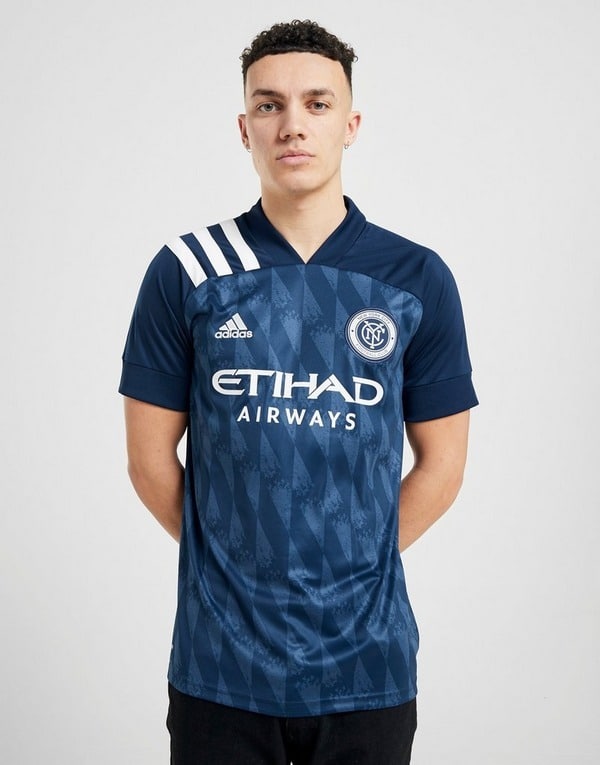 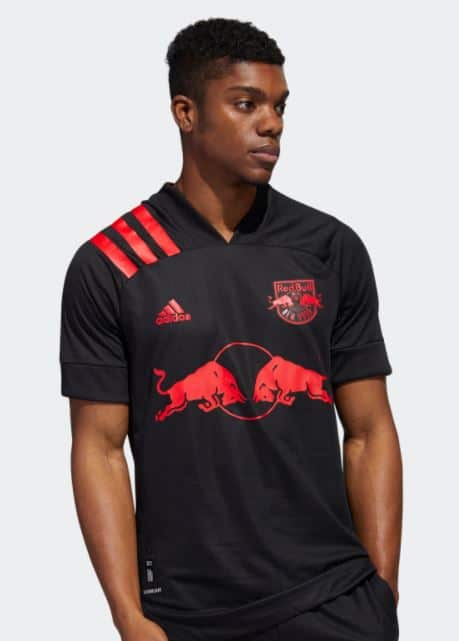 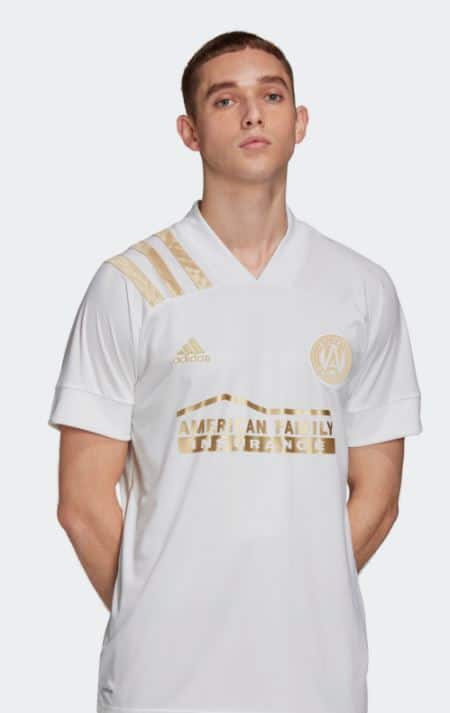 However, criticisms of the kit partnership have been vocal, with many rightly pointing towards the significant differences between ‘authentic’ and replica’ shirts, as well as the lack of creativity and downright ugly kits.

The concept of supporters shirts, or ‘replicas’, as opposed to ‘authentic’  or in other words, player-issue is certainly not new to the football shirt market. The player issue shirts usually contain features designed for match wear, such as more fitting fabric and differences to the material to the badge for example, and usually sell at a higher price. For the most part, that type of jersey is relatively similar in design to the fan specific ones. However, MLS have taken liberties with this idea. As you can see in the 2021 LA Galaxy away, with the authentic on the left and fan replica on the right, the fan shirt misses out on key design features such as the sleeve patches, stars above the badges and white piping detail around the colour. From my perspective, this reduction in design has gone a bit too far, especially with the fan replica selling for a cool £70. Hopefully, this trend does not make its way into the rest of the football shirt market. 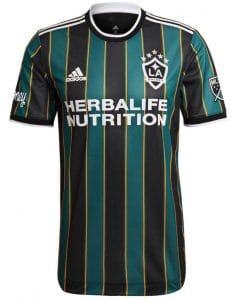 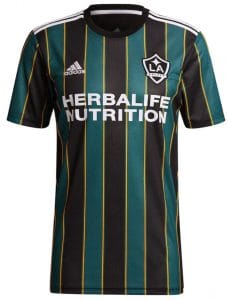 Additionally, there is an unfortunate clinical nature about Adidas supplying all of the MLS shirts, and misses that sense of anticipation and differentiation of design compared to a league with multiple kit suppliers. The lack of Nike, Umbro, Hummel, and even American favourite Under Armour decreases the originality and diversity as seen across pretty much every other league. Different brands have different methods of implementing a club’s identity, alongside different colour schemes, templates, and design concepts leaving many people bored and unexcited by MLS jersey reveals.

Overall, I believe Adidas recently have done a great job taking on the job of being sole manufacturer, and have produced some fantastic, ‘breaking the mould’ designs. However, I totally appreciate often mundane notion of the same shirt template, same style of branding and ways of shirt presentation. When the $700 million deal runs out in 2024, I would love for multiple suppliers to be able to enter the biggest football market in the USA, but unfortunately, that isn’t the American ways of doing things. Adidas is likely here to stay, and whilst the continue to excite me with new, innovative shirts, I am happy with that.