Football kit news from Australia this morning as the new Sydney FC 2019 AFC Champions League jersey made by Puma has been officially revealed. 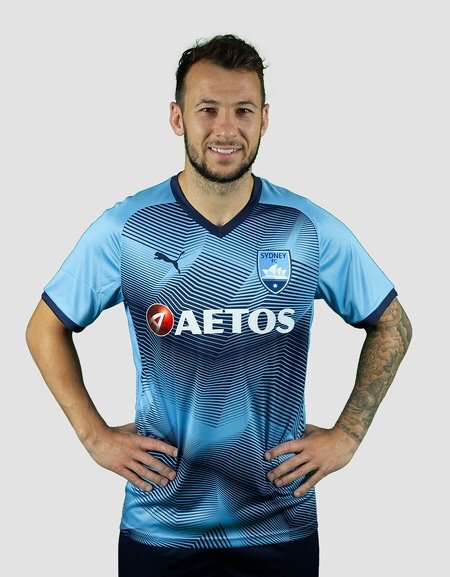 The 2019 Sydney FC Champions League shirt is light blue with a navy pattern across the front of the jersey although the sleeves remain sky blue.

Both the collar and cuffs are coloured navy as is the Puma logo on the right breast. Sydney FC’s badge is placed on the left breast.

Aetos have their logo in the centre of the football shirt. 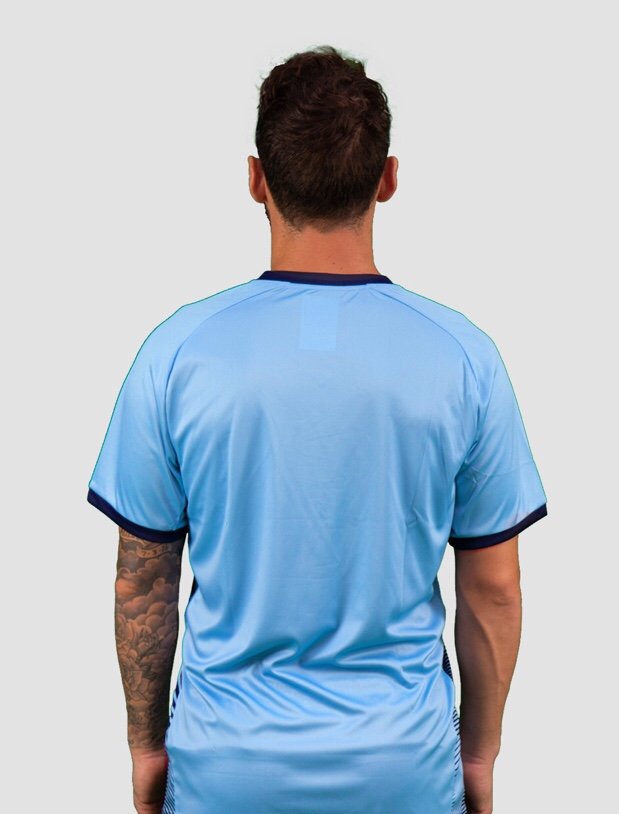 Unlike the front of the jersey the back is plain and doesn’t feature a pattern.