News from the MLS this morning as the new Adidas Seattle Sounders 2019 Nightfall kit has been officially released. 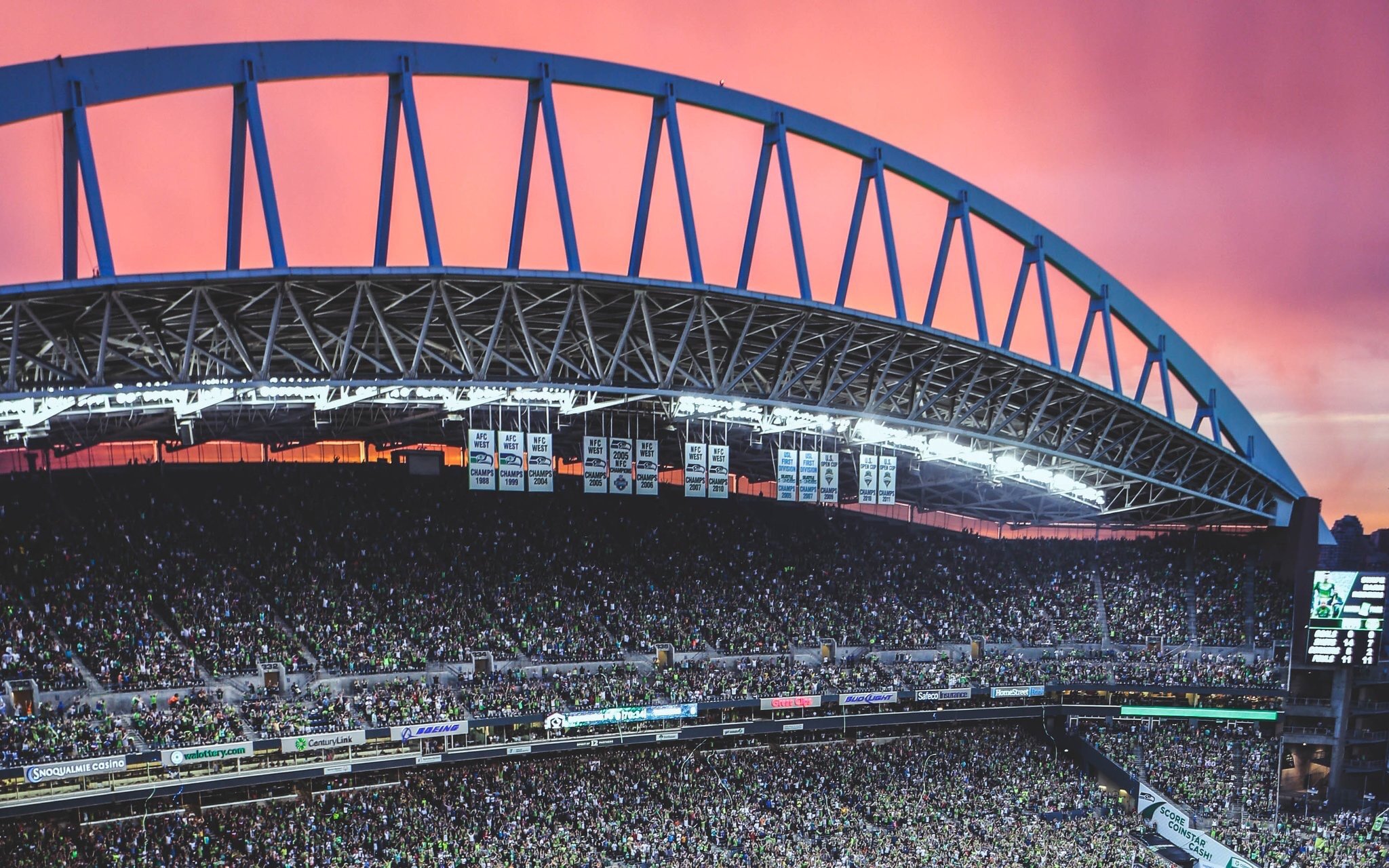 The 2019 Seattle Sounders away kit takes its inspiration from the Seattle summer sunset that streaked across the sky during the 2-0 win over Portland in 2014. 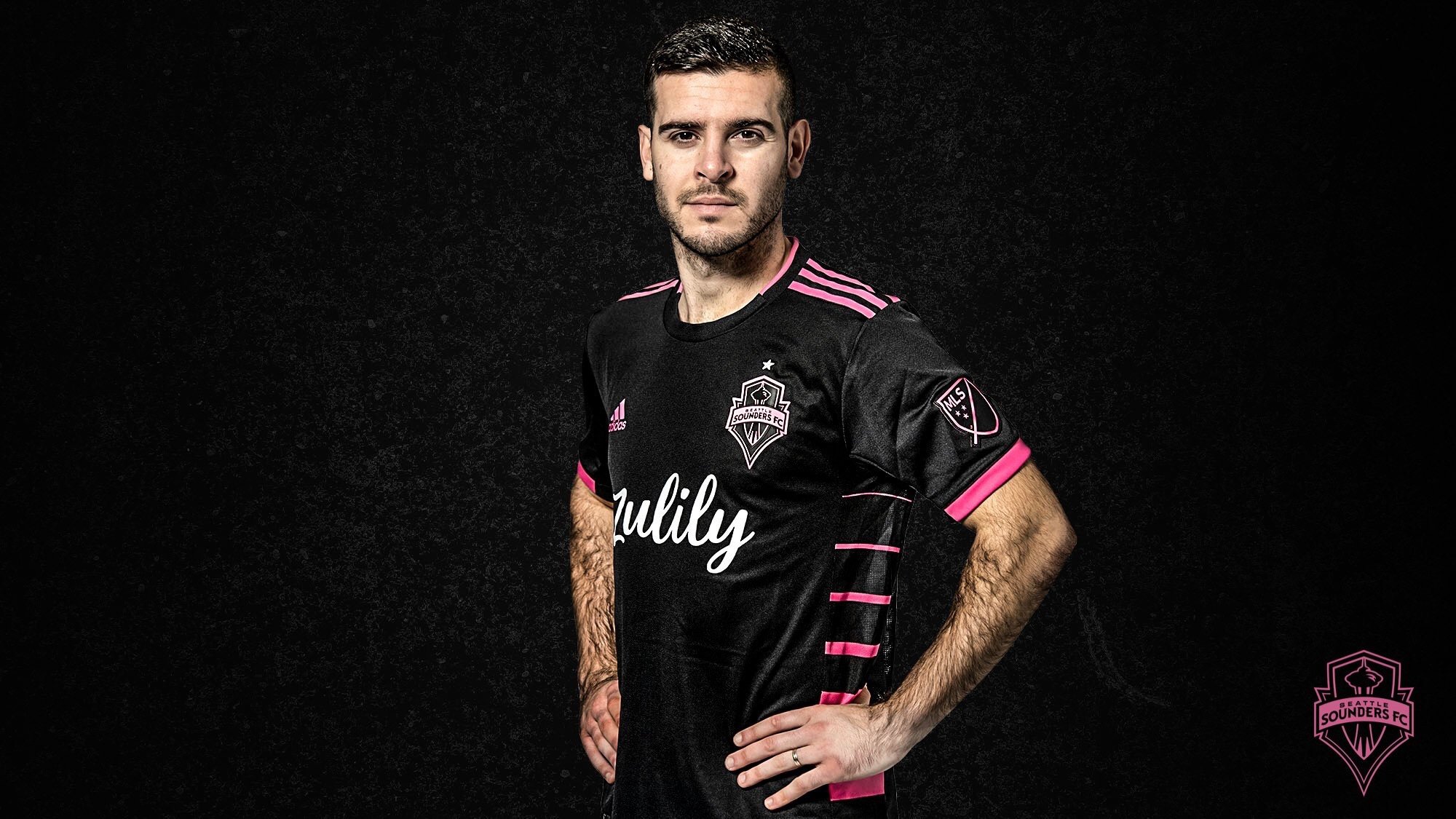 The Sounders away shirt is predominantly black with pink stripes running across the sides of the shirt that get thicker as they go down the jersey. 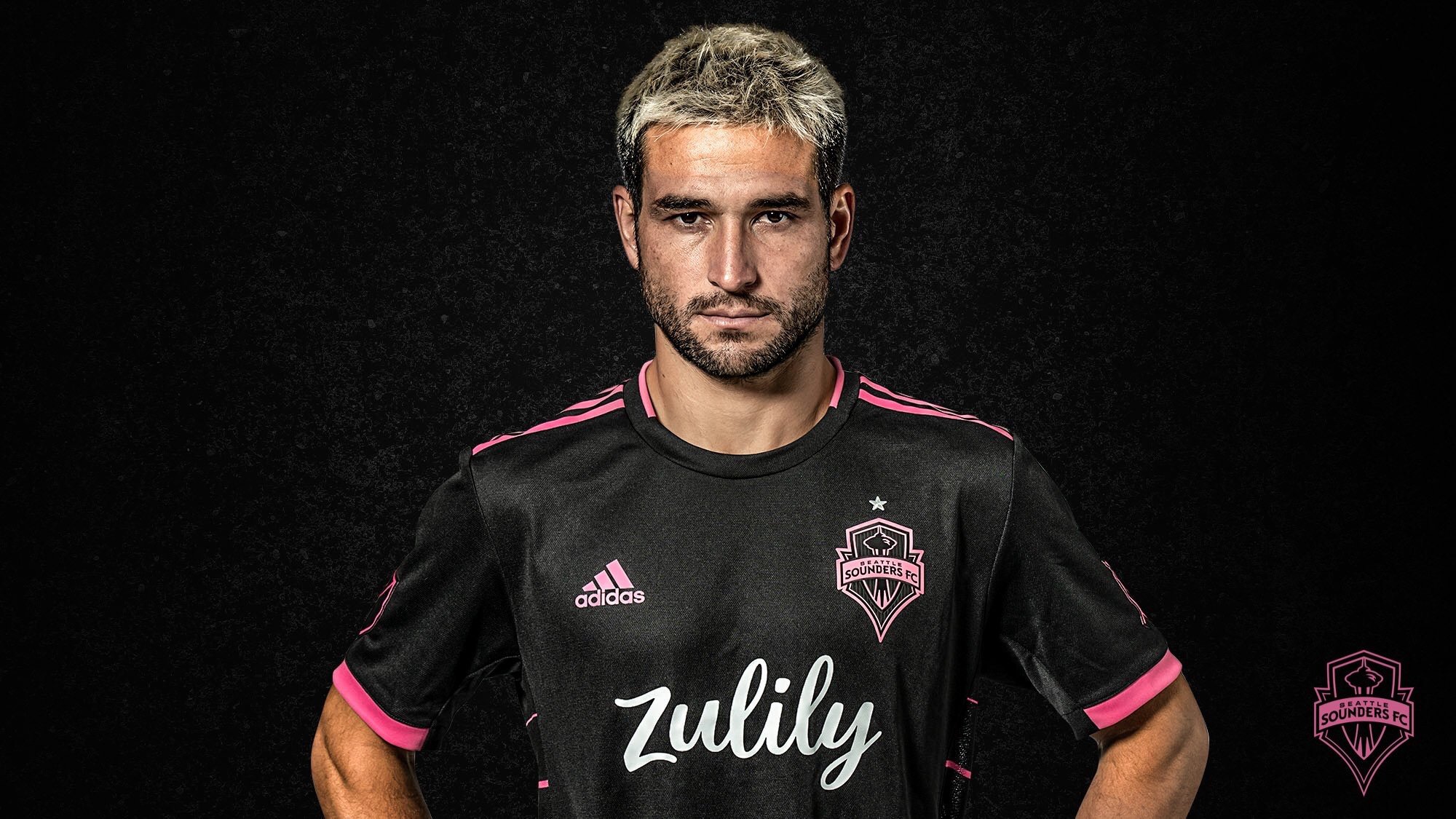 The trim on the collar is pink as are the cuffs, the Adidas details and the Sounders badge on the left breast. 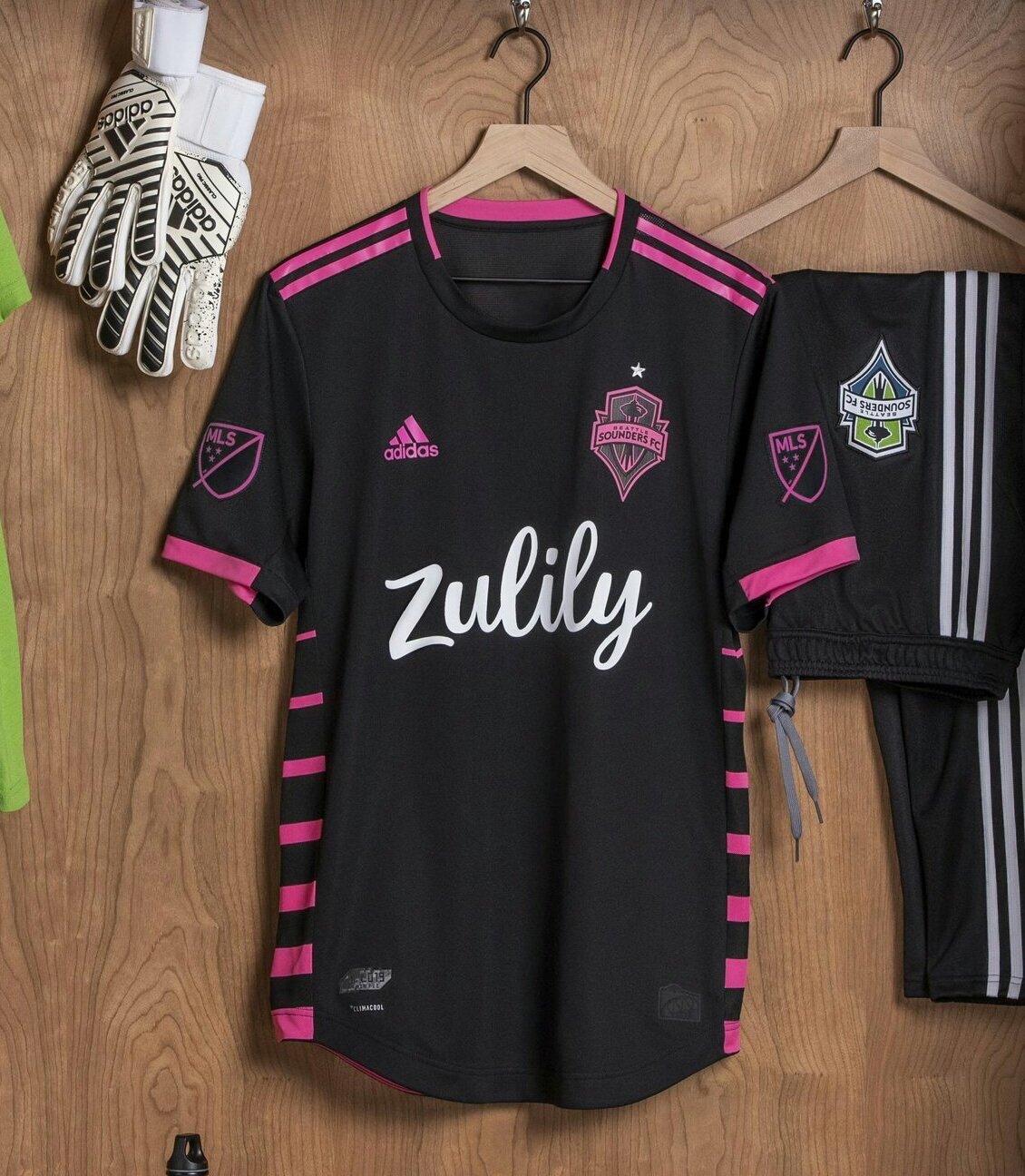 New shirt sponsor Zulily have their logo in the centre of the football shirt coloured white. 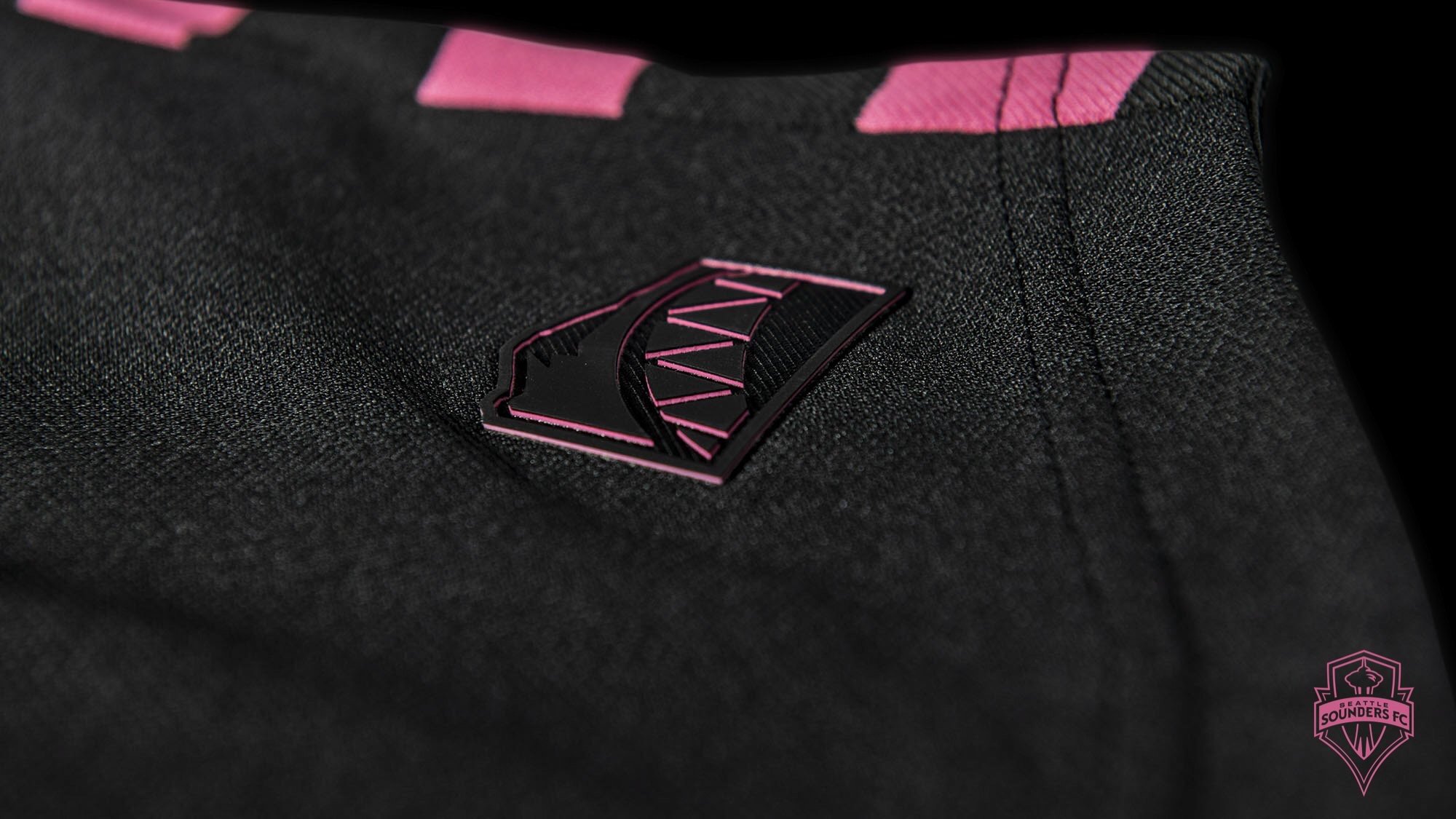 In the bottom left corner of the shirt is a jock tag that depicts the CenturyLink Field arches set against the background of Mount Rainier. 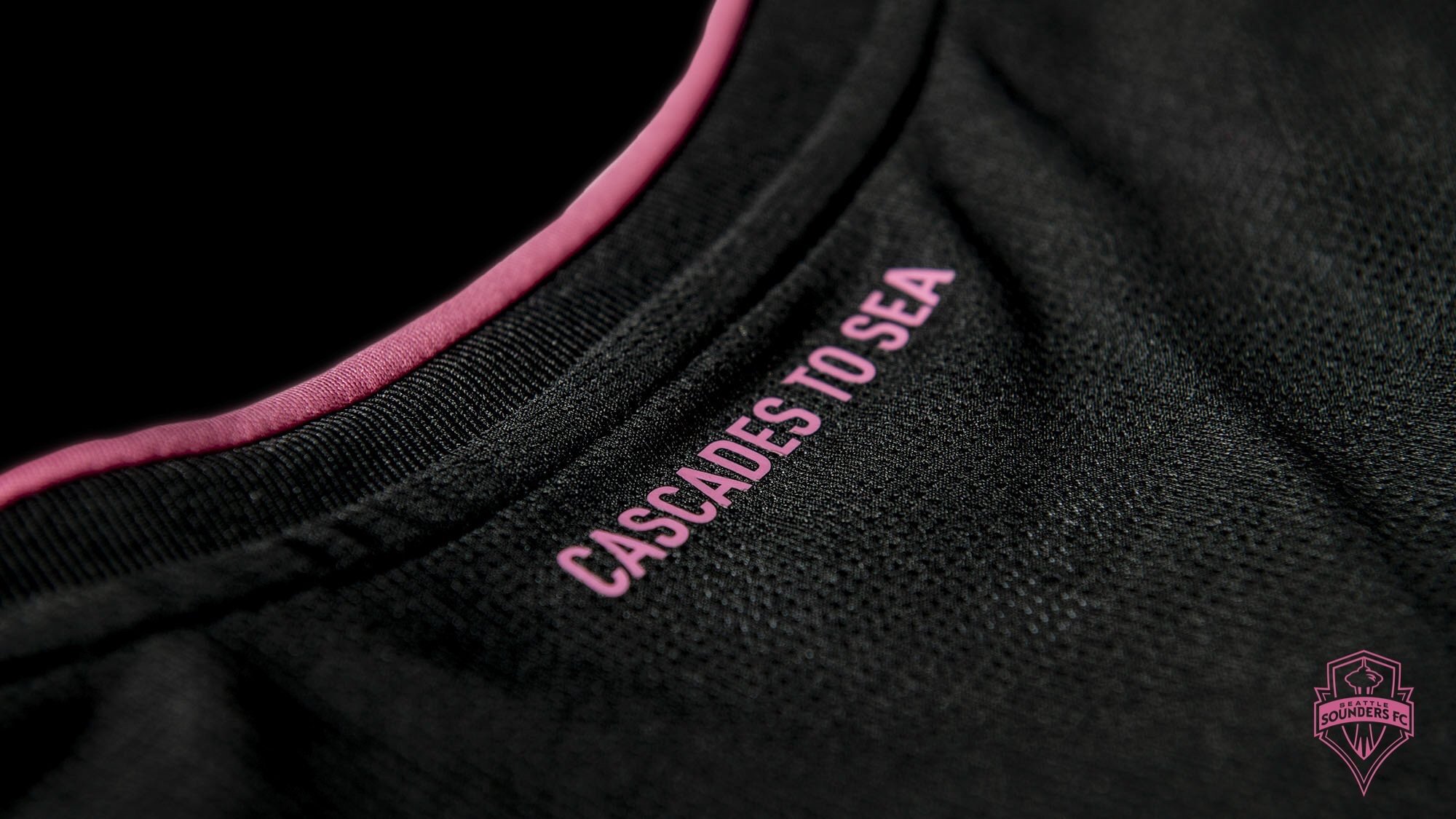 On the back of the neck is pink ‘Cascades To Sea’ lettering.