Football kit news from Italy this lunchtime as a special Nike Inter Milan Mashup shirt 2019 has been released to celebrate the 20 year partnership between the club and the manufacturer. 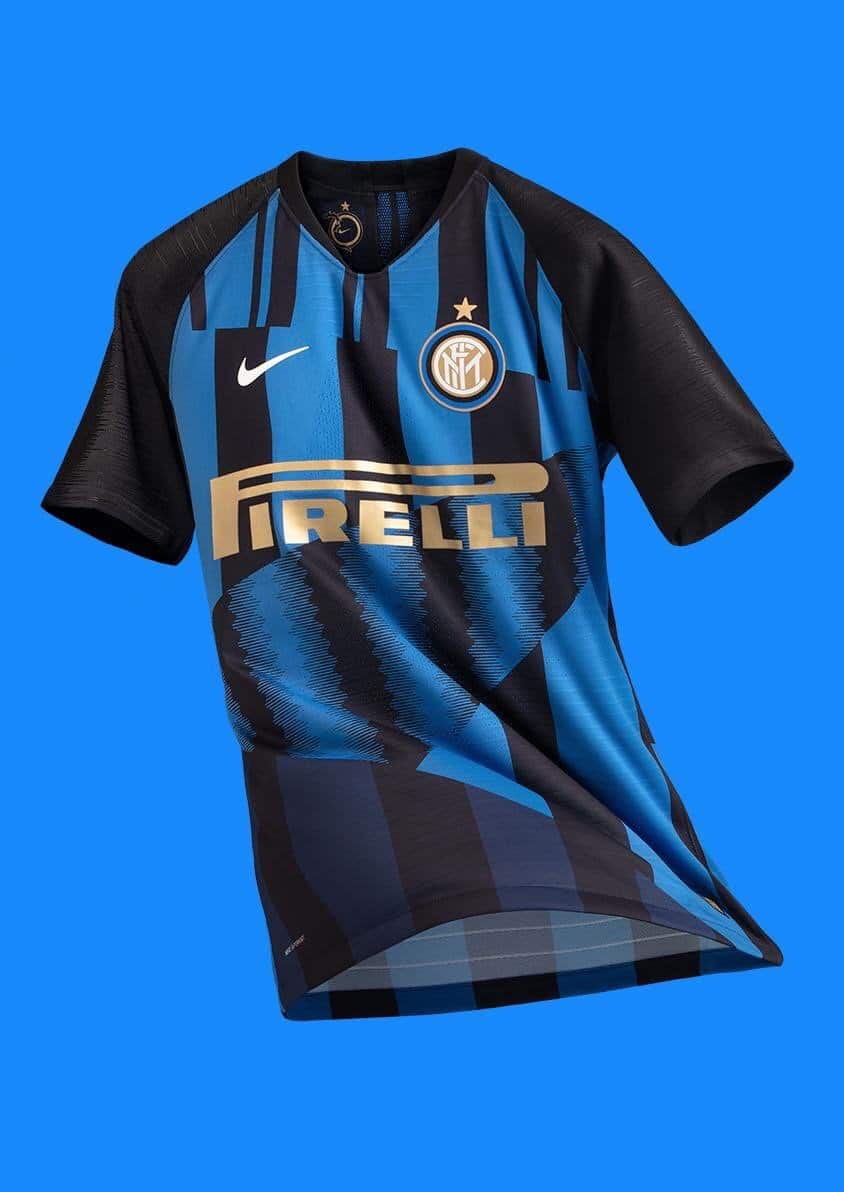 The 2019 Internazionale mashup jersey is made up of 10 home shirts used by the club over the past 20 years with 5 designs on the front and 5 on the back. 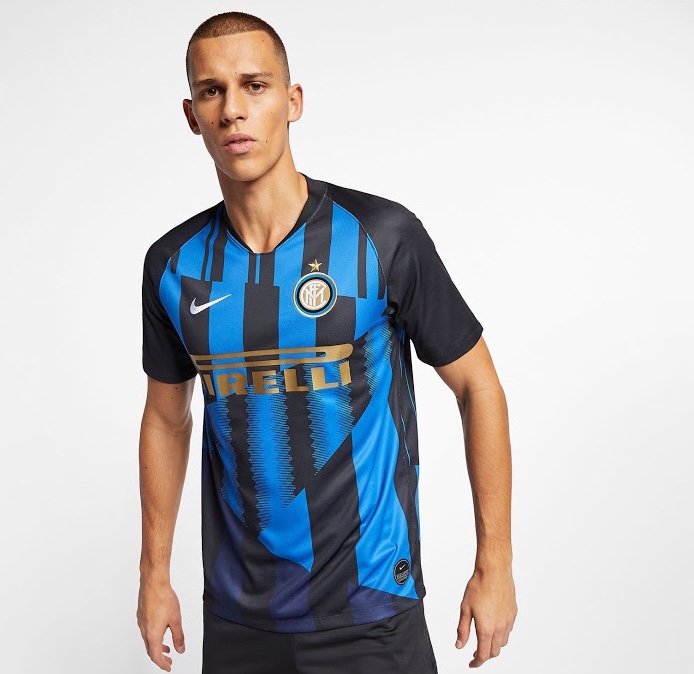 2008-09 A special kit for Inter for the first season after the club’s centenary.

2017-18 An important year for Inter as they seal a return to Europe’s top club competition. 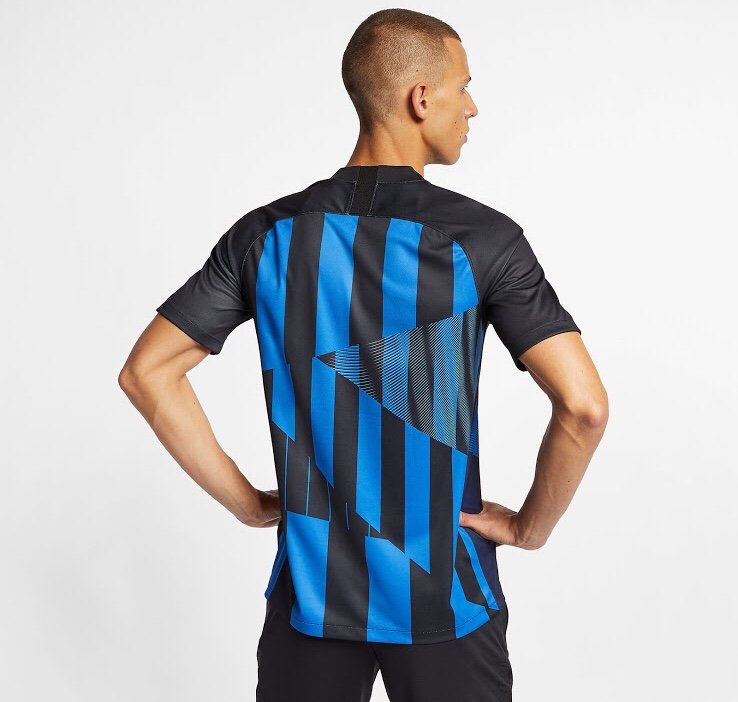 2009-10 The greatest season in Inter’s history brings an unprecedented domestic and European treble.

2011-12 An iconic jersey as thin stripes are introduced to the Inter home shirt.

2014-15 Another brave design as pin stripes give Inter a fresh look.

2015-16 Proud celebration of the 25th anniversary of a European triumph.

2016-17 A fan favourite shirt as the Inter home jersey is updated with a tonal linear graphic. 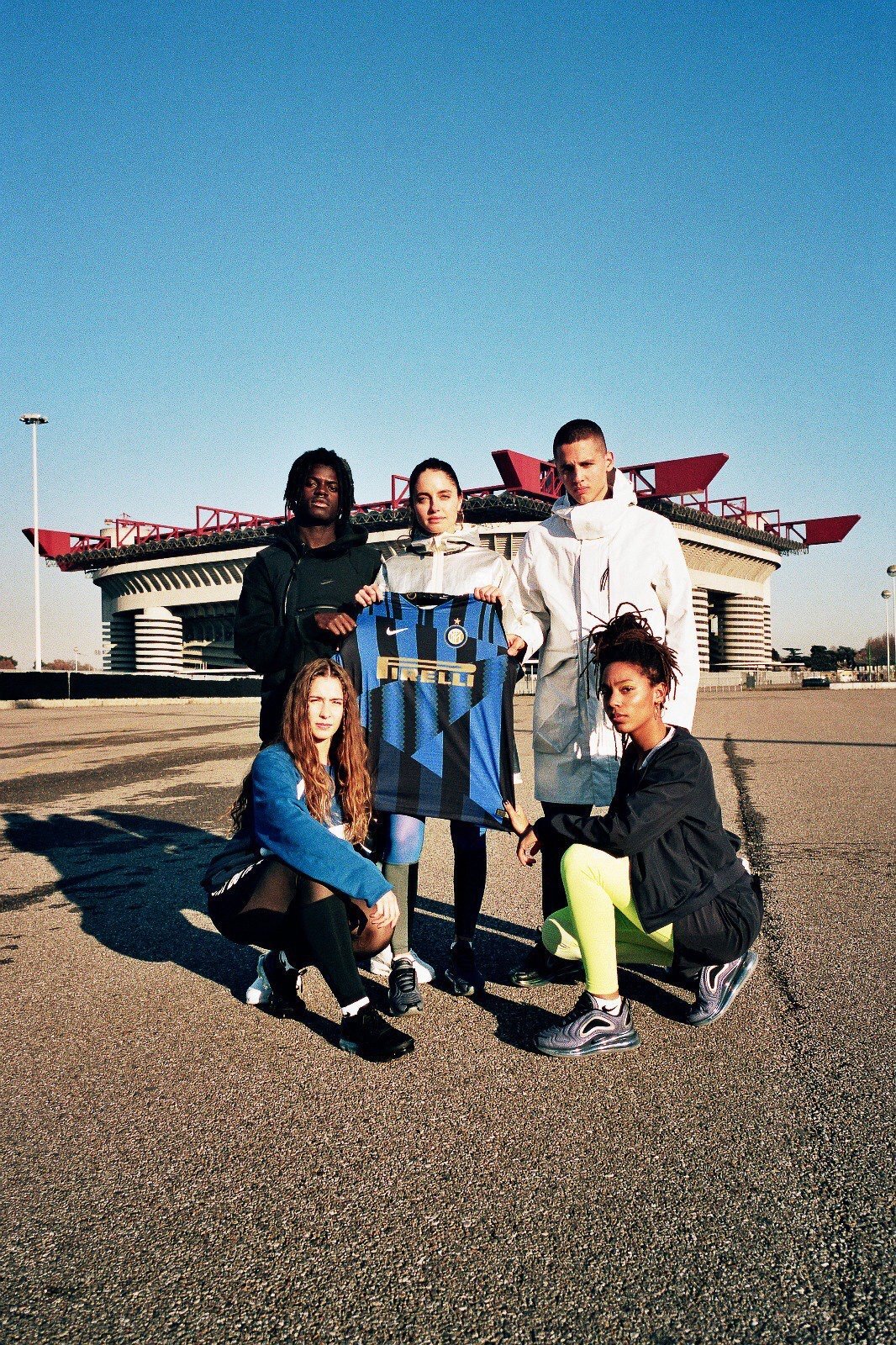 A white Nike Swoosh is placed on the right breast whilst the Inter badge on the left breast and the Pirelli shirt sponsor are coloured gold. 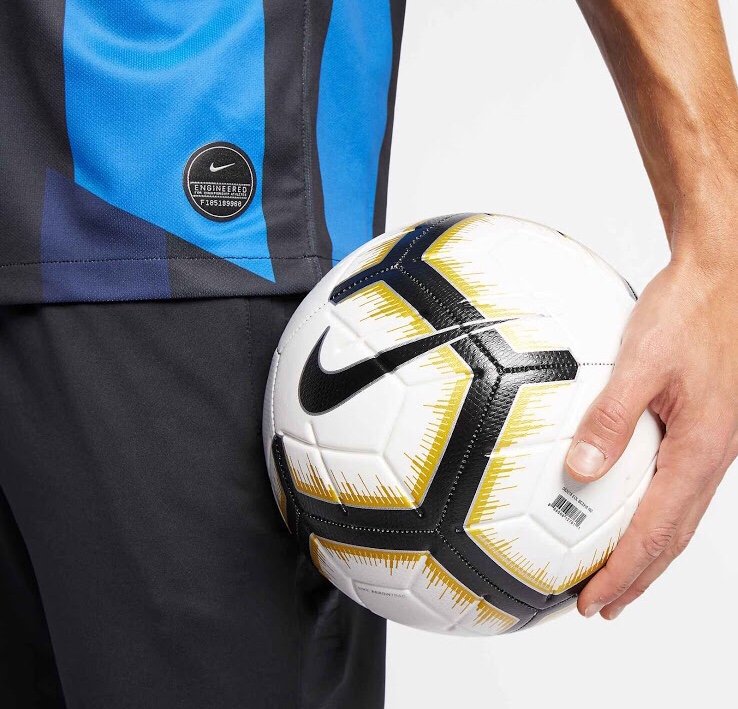 Nike’s new authenticity tag is placed in the bottom left corner of the jersey.

The Inter Milan Mashup shirt will be available to buy in two versions, a ‘stadium level’ jersey and a ‘match level’ jersey. The latter will be limited to 1908 units to honour the clubs founding year.

Inter will wear the mashup jersey when they face AC Milan in the Milan Derby on March 17th 2019.