Football kit news from Scotland as the new Motherwell 2020-21 Macron home kit has been officially unveiled. 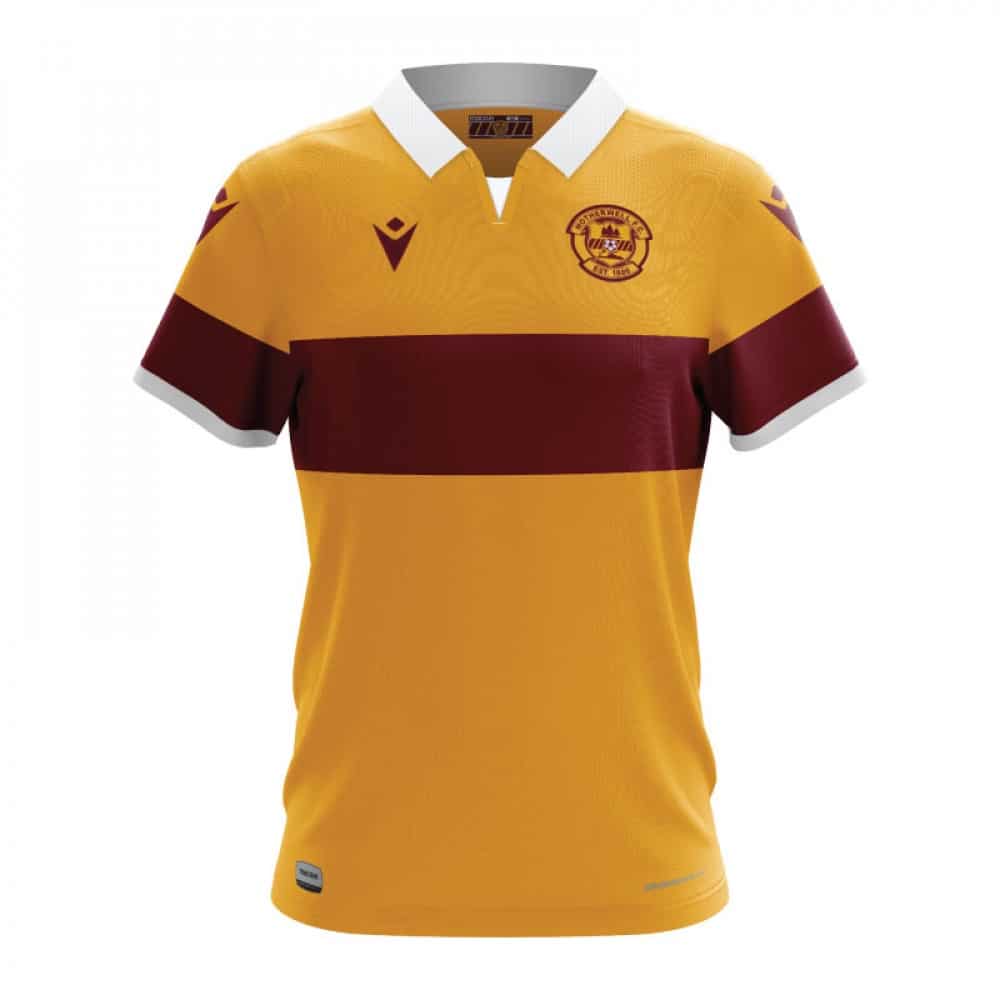 The 2020-21 Motherwell FC home kit is inspired by the strip worn by the 1950 League Cup winning side and sees an amber jersey featuring a claret chest band that continues on the sleeves.

Both the collar and cuffs are coloured white.

Claret Macron logos are placed on the sides of the shoulders and the right breast whilst a monochrome Motherwell FC crest is placed on the left breast. 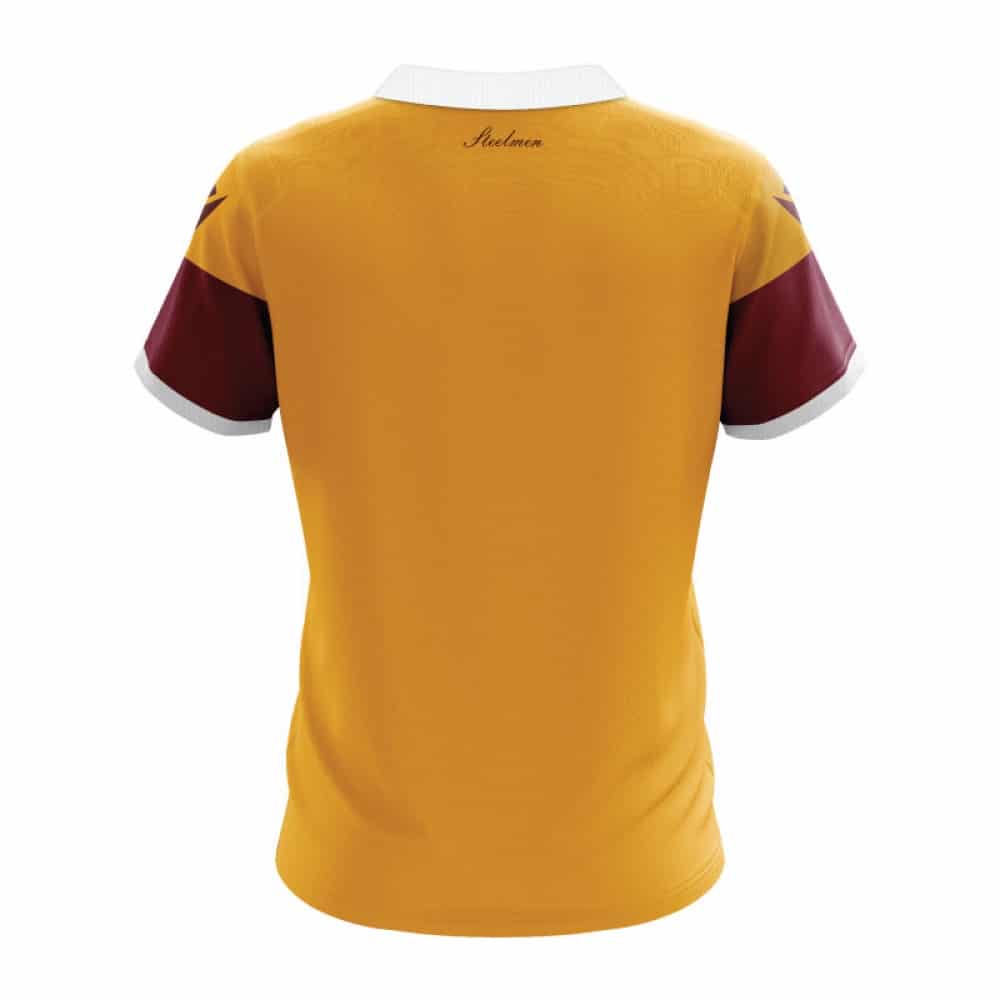 Claret ‘Steelmen’ lettering appears on the top of the back. 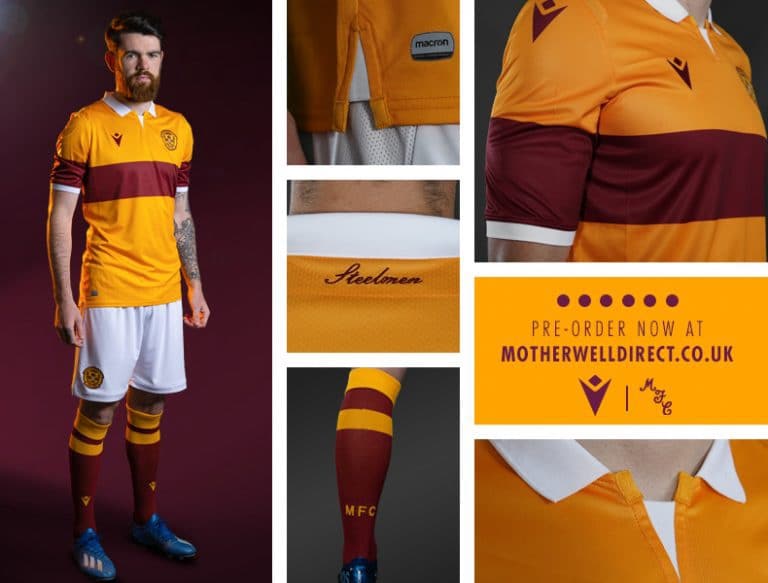