Kit news from Denmark as a special limited edition Hummel 2019-20 Odense BK legends jersey has been released to celebrate 25 years since ‘The Miracle In Madrid’. 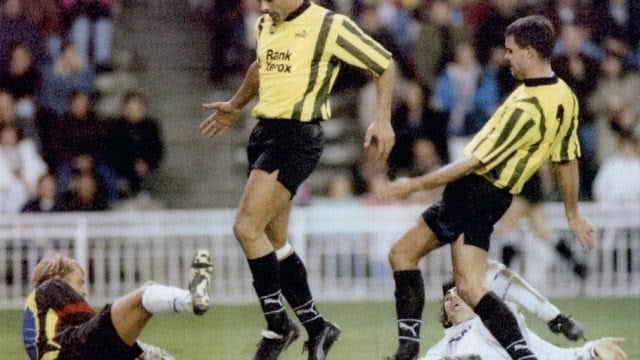 It was in the 1994-94 UEFA Cup that Odense BK lost the first leg 2-3 at home but beat a Real Madrid side which featured players such as Iván Zamorano and Michael Laudrup 0-2 in the second leg at the Santiago Bernabéu to reach the quarter finals!

Without doubt the biggest win in the clubs history was dubbed ‘The Miracle In Madrid’ in Denmark.

To celebrate Hummel have revealed a special jersey based on the original worn on that famous night with a modern twist. 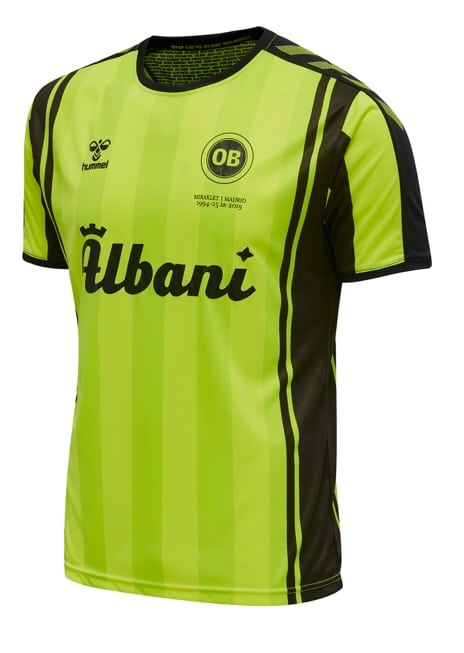 The 2019-20 Odense BK Legend Shirt is made up of tonal yellow stripes whilst black stripes run down the sides of the jersey. 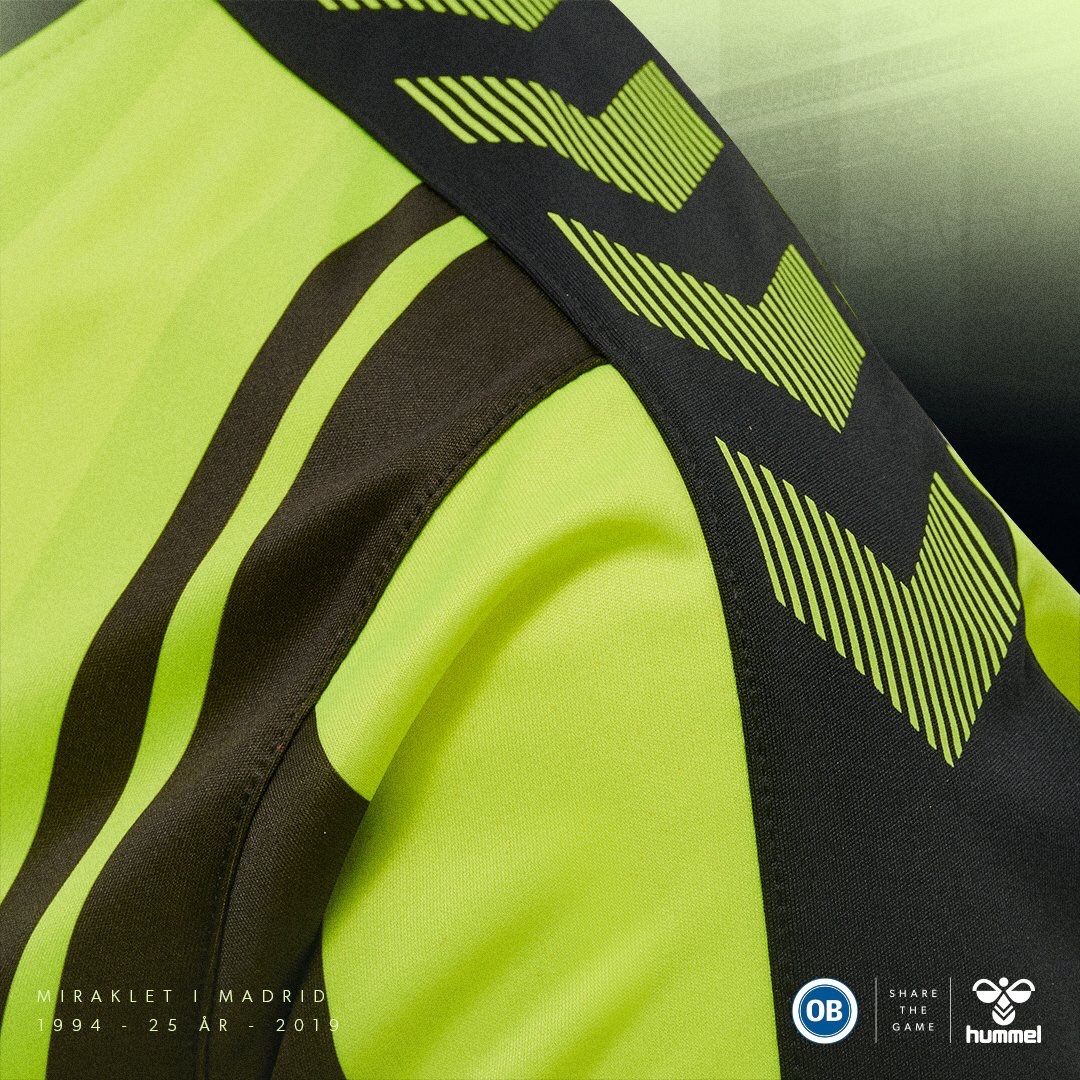 The black collar and cuffs are connected via a black stripe which runs along the top of sleeves. Yellow Hummel chevrons are placed on the stripes along the shoulders. 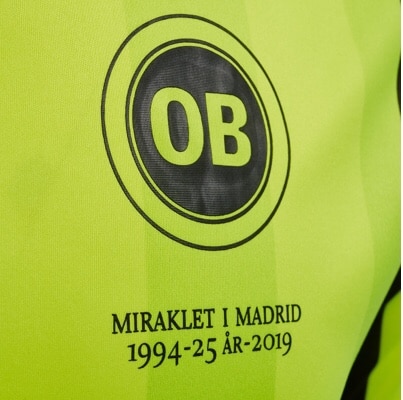 Both the Hummel logo on the right breast and the Albani shirt sponsor are coloured black as is the OB badge which has black ‘Miraklet I Madrid 1995 – 25 ÅR – 2019’ details beneath. 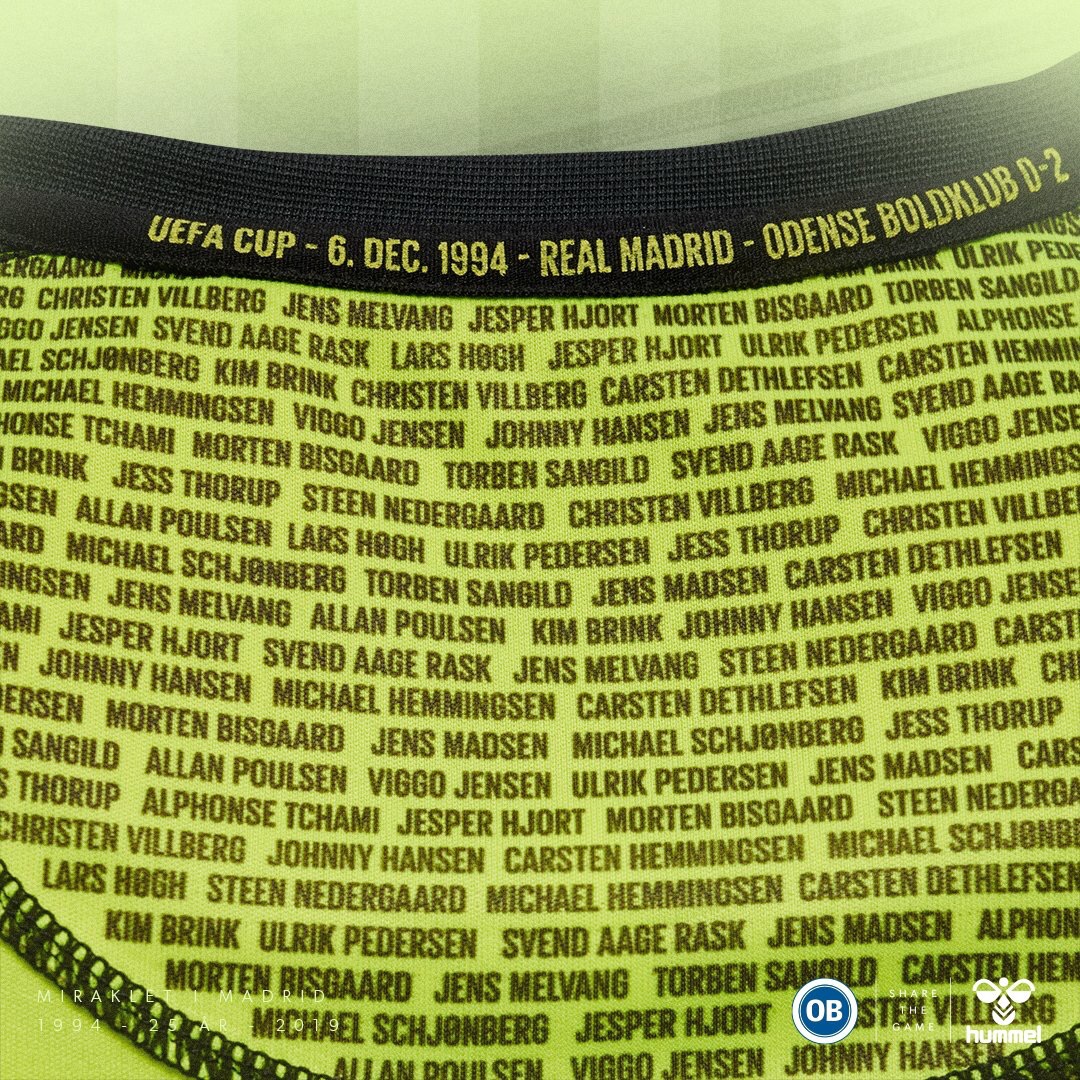 Inside the collar are the match details whilst below that are the names of the players in the squad on that famous night. 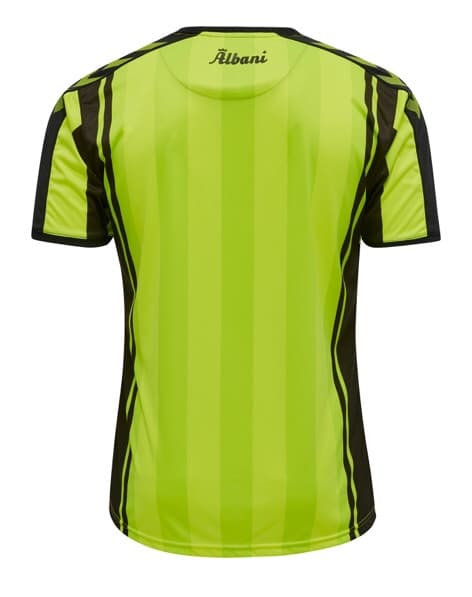