Football kit news from Spain this morning as a new special edition FC Barcelona El Clásico kit 2020-21 made by Nike has been officially unveiled by former club legend Carlos Puyol. 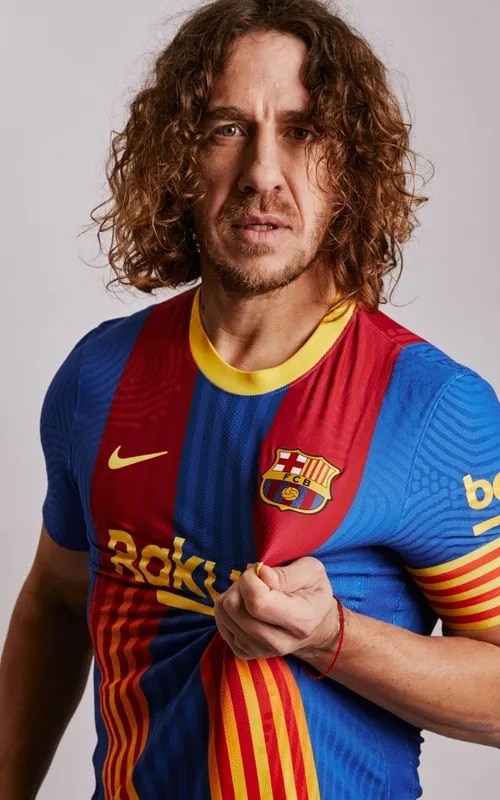 The FC Barcelona El Clásico kit 2020-21 has been unveiled under the motto ‘Una samarreta ens agermana’ (‘One shirt unites us’) and will be worn during the match against Real Madrid which is scheduled to take place in April 2021. 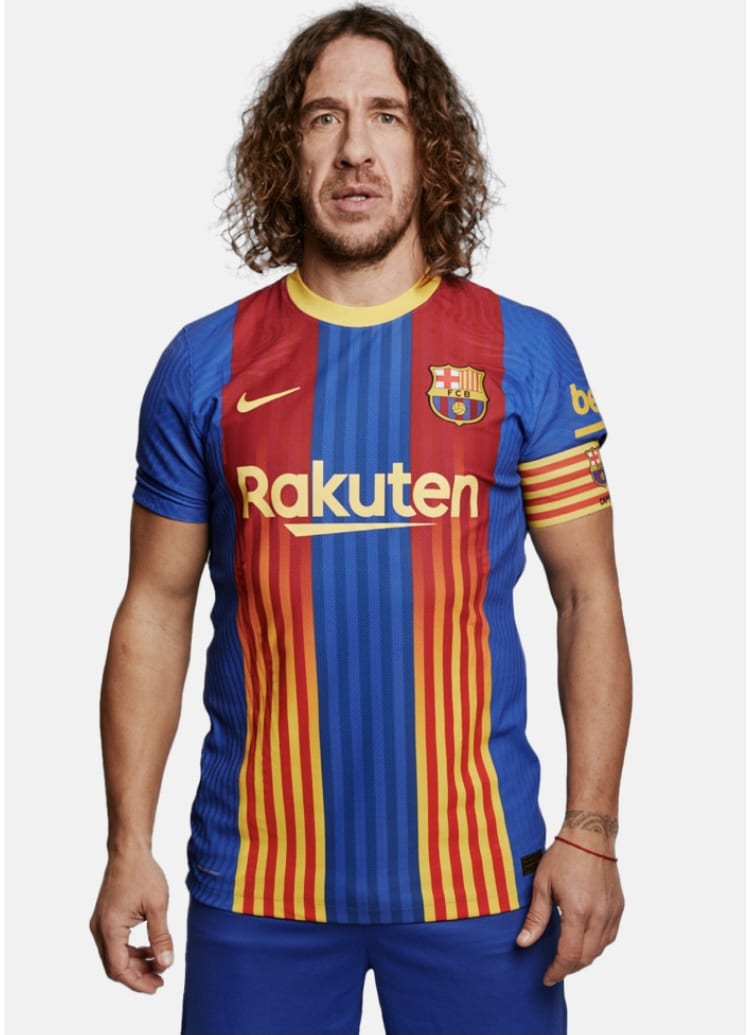 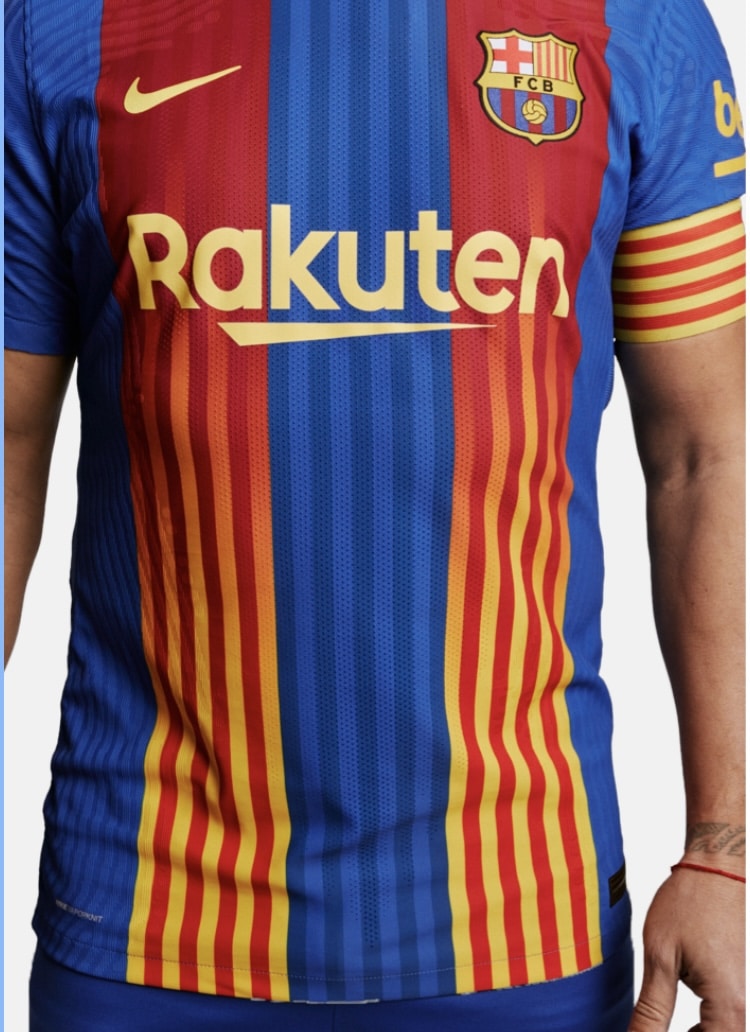 The 2020-21 FC Barcelona El Clásico shirt features the traditional Barca vertical stripes but incorporates the Senyera flag and its stripes in a gradient effect in the centre of the jersey. The blue centre stripe also incorporates a silhouette of the flag with stripes made up in two shades of blue. 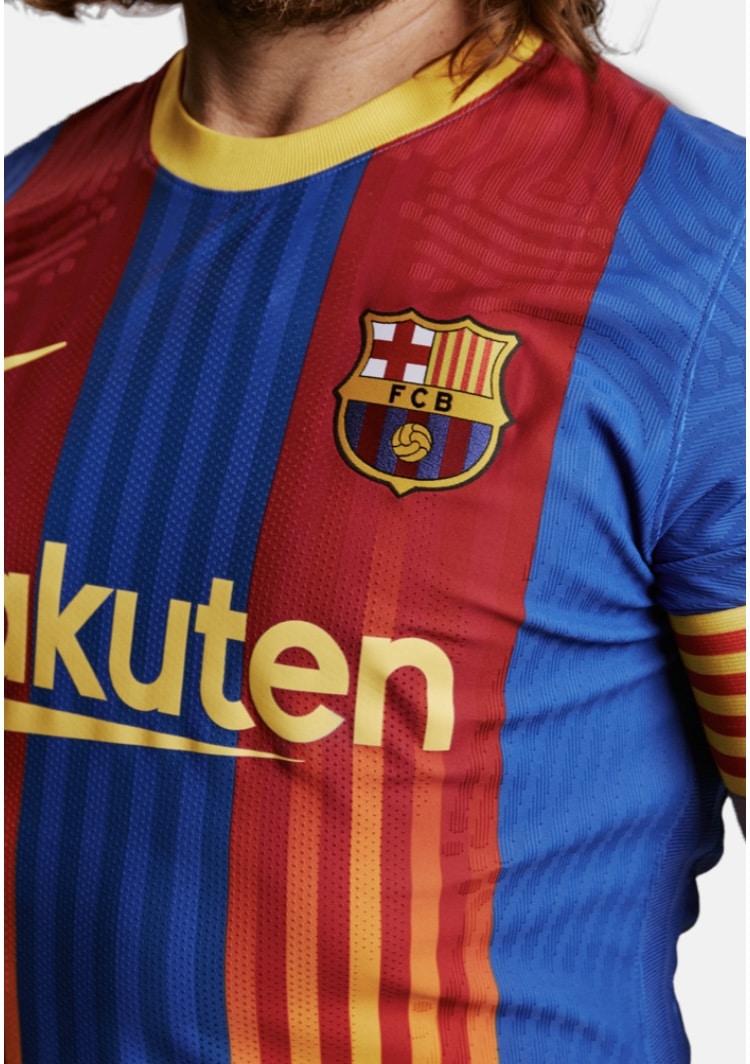 The crew neck collar is coloured yellow as is the Nike logo on the right breast and the Rakuten shirt sponsor in the centre of the football shirt.

On the left breast is the FC Barcelona badge. 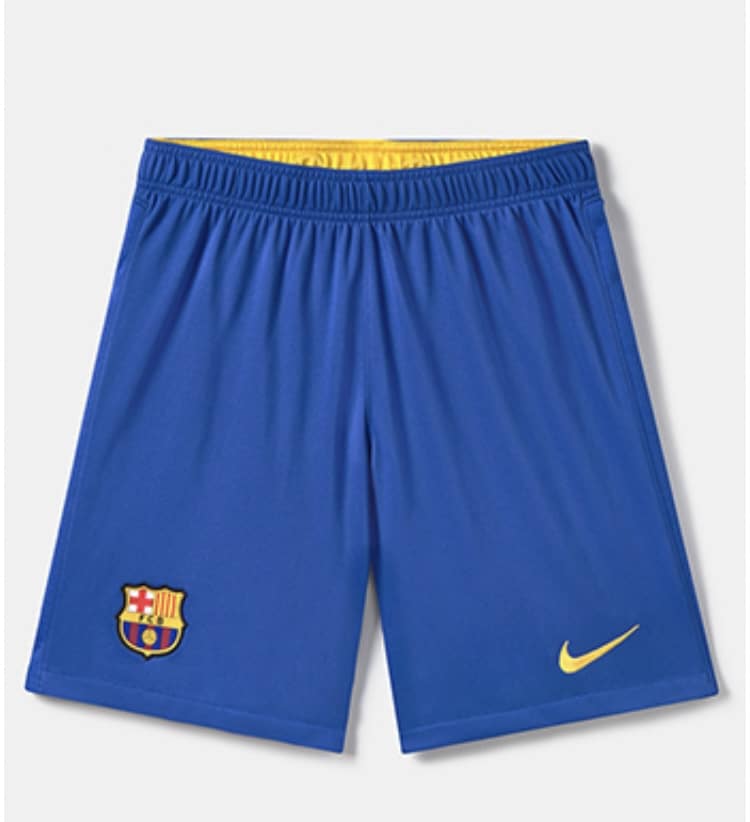 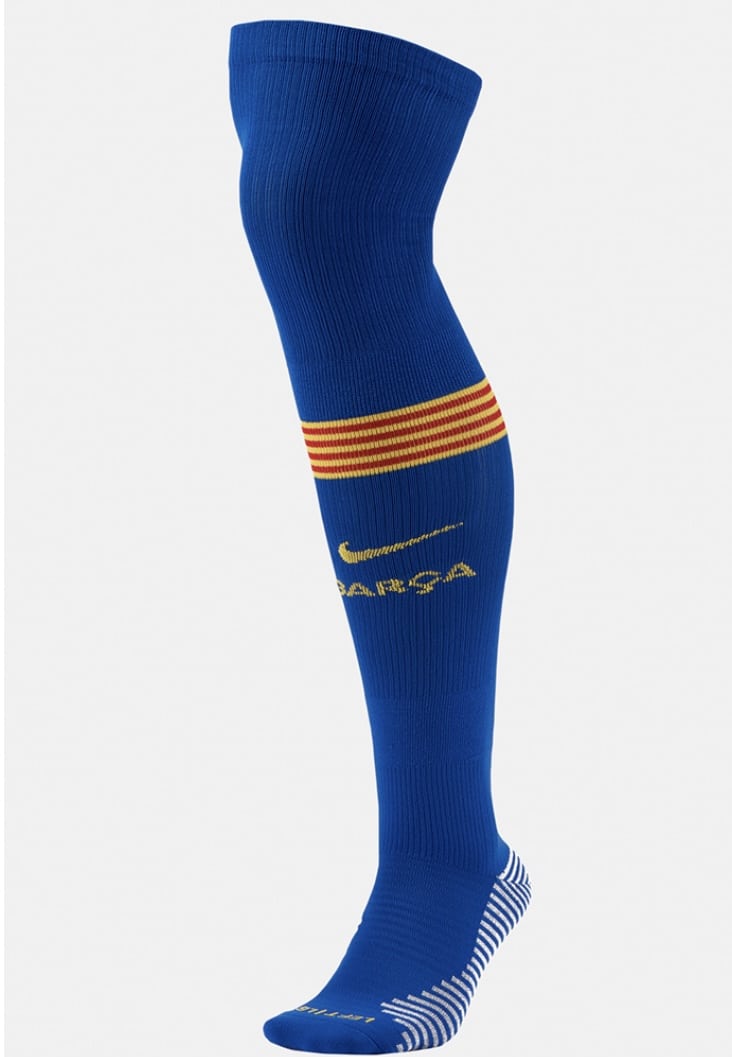 Buy a classic retro FC Barcelona shirt from The Kitman!