Football kit news from the reigning SSE Airtricity League Champions as the new Dundalk home kit 2020 made by the clubs new kit manufacturer Umbro has been officially released. 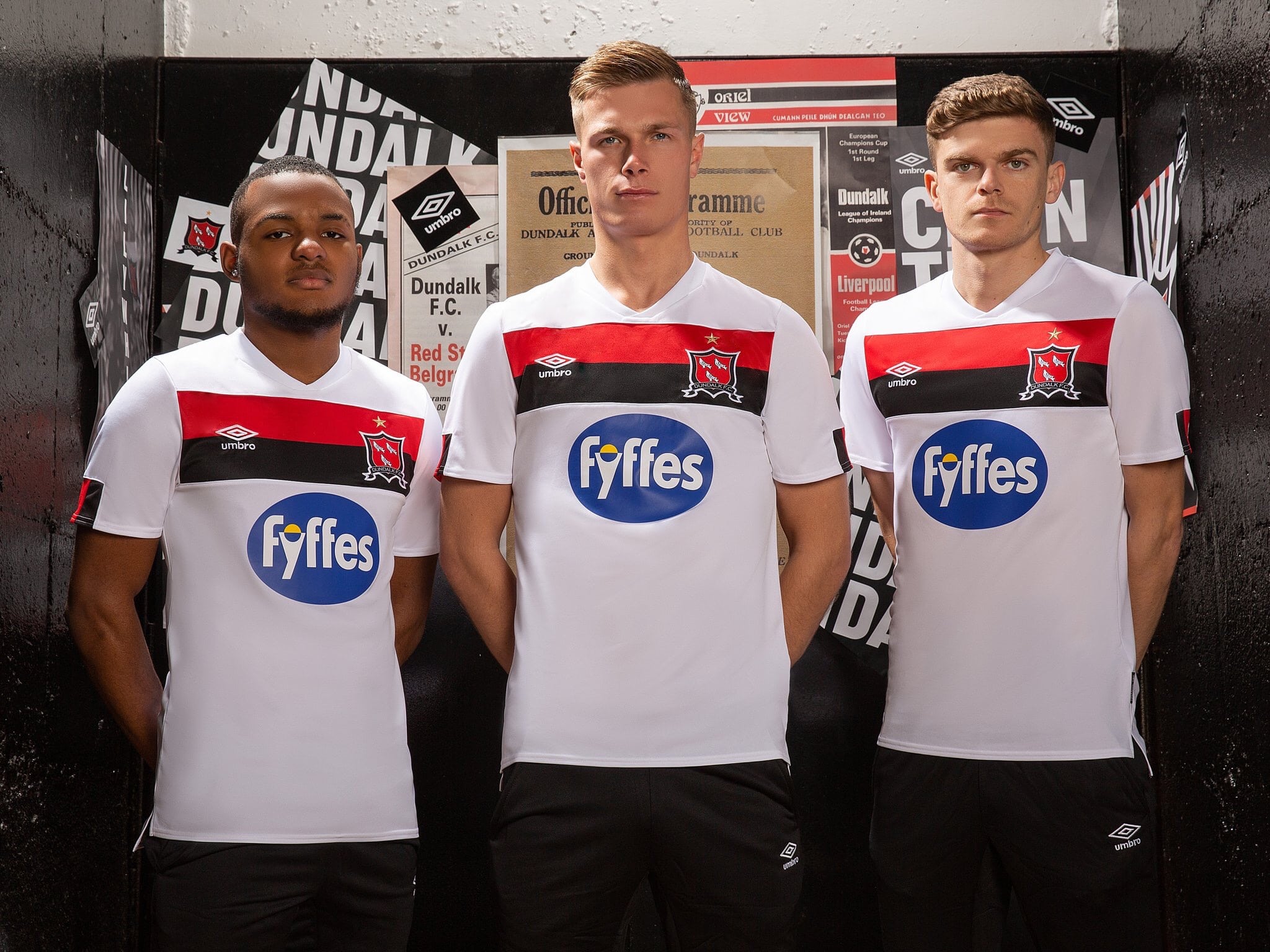 Dundalk return to Umbro after they were previously the clubs kit supplier between 2007 and 2015. 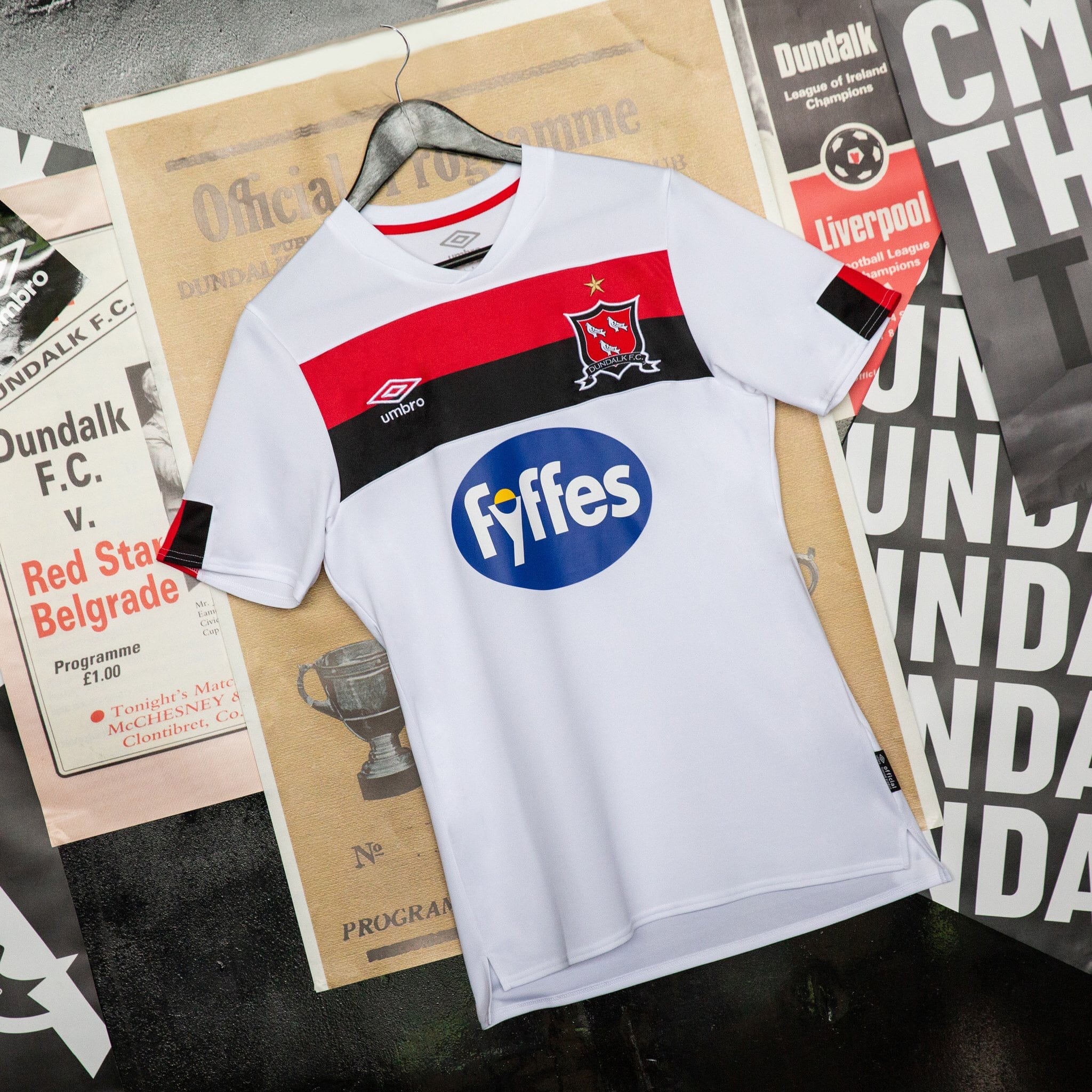 The 2020 Dundalk home jersey is white with both a red and a black band running across the top of the chest.

A white Umbro logo is placed on band in the right breast area whilst the Dundalk Football Club badge is placed opposite on the left breast.

Fyffes have their logo in the centre of the football shirt.

Both a red and a black stripe appear on the outside edge of the cuffs.

Mike Treacy the chairman of Dundalk Football Club said, “We are excited about this new partnership that sees Umbro back as Dundalk Football Club’s official kit supplier. Umbro has a strong football heritage and we are confident that their cutting-edge kit and training wear will help us continue to set the standard for League of Ireland football next season and beyond.”