News from the English Premier League as Burnley wore a one off 2019-20 fourth kit during the 1-0 win over West Ham earlier this evening. 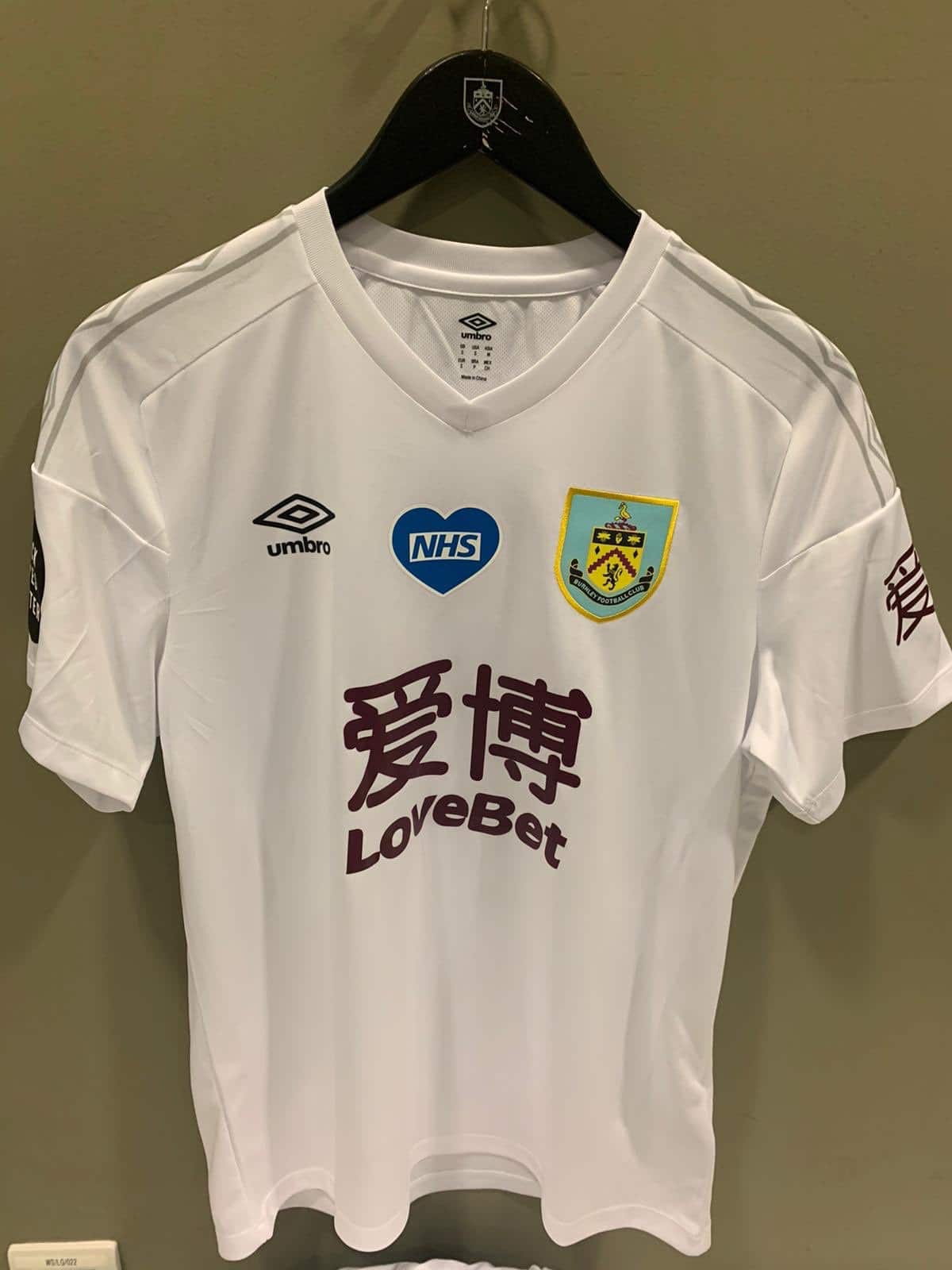 The Premier League wouldn’t allow Burnley to wear their green kit against the Hammers so the club were forced to reveal a one off fourth kit. 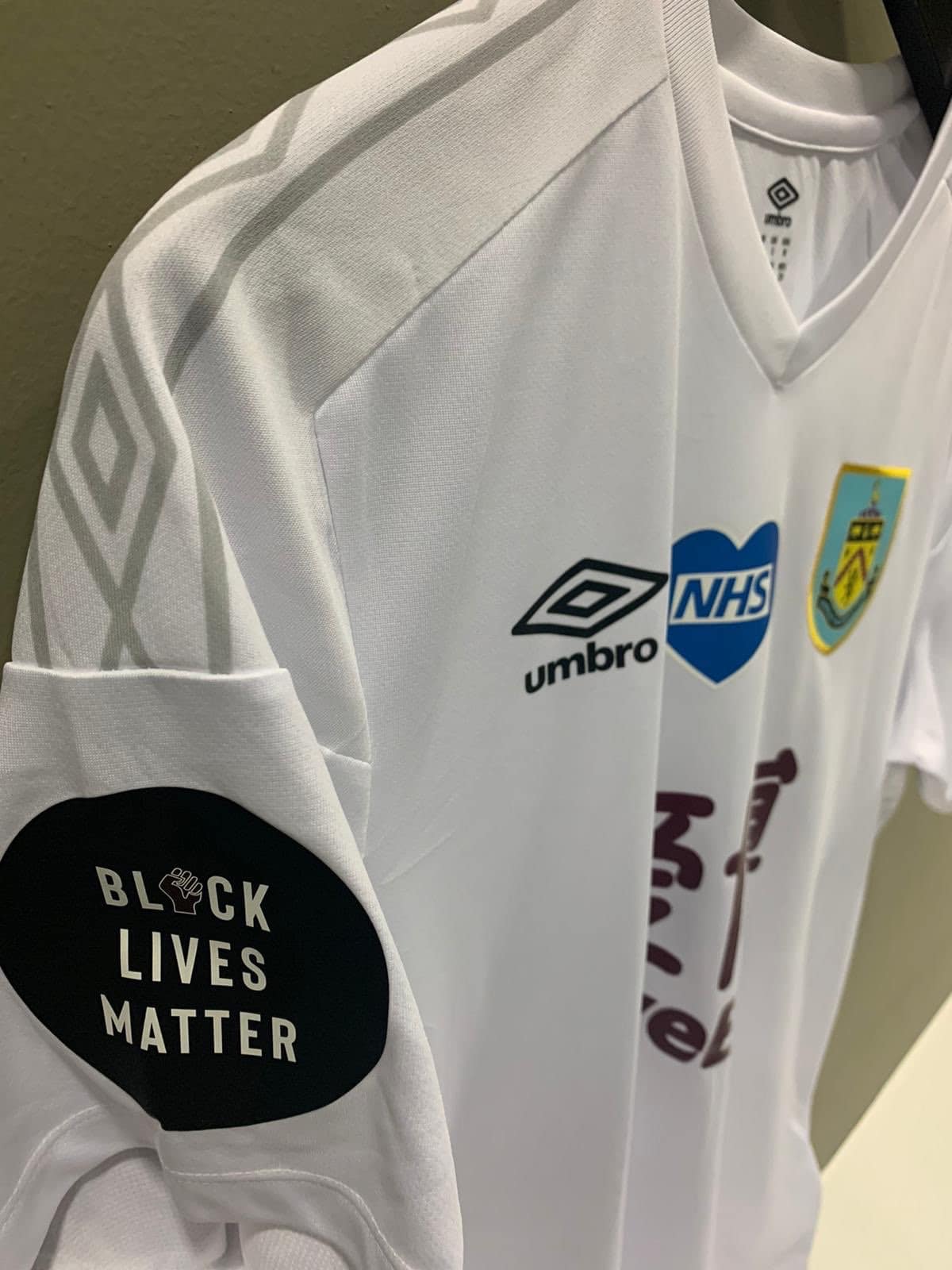 The Burnley fourth shirt is predominantly white with a black Umbro logo on the right breast whilst the LoveBet shirt sponsor is coloured claret. 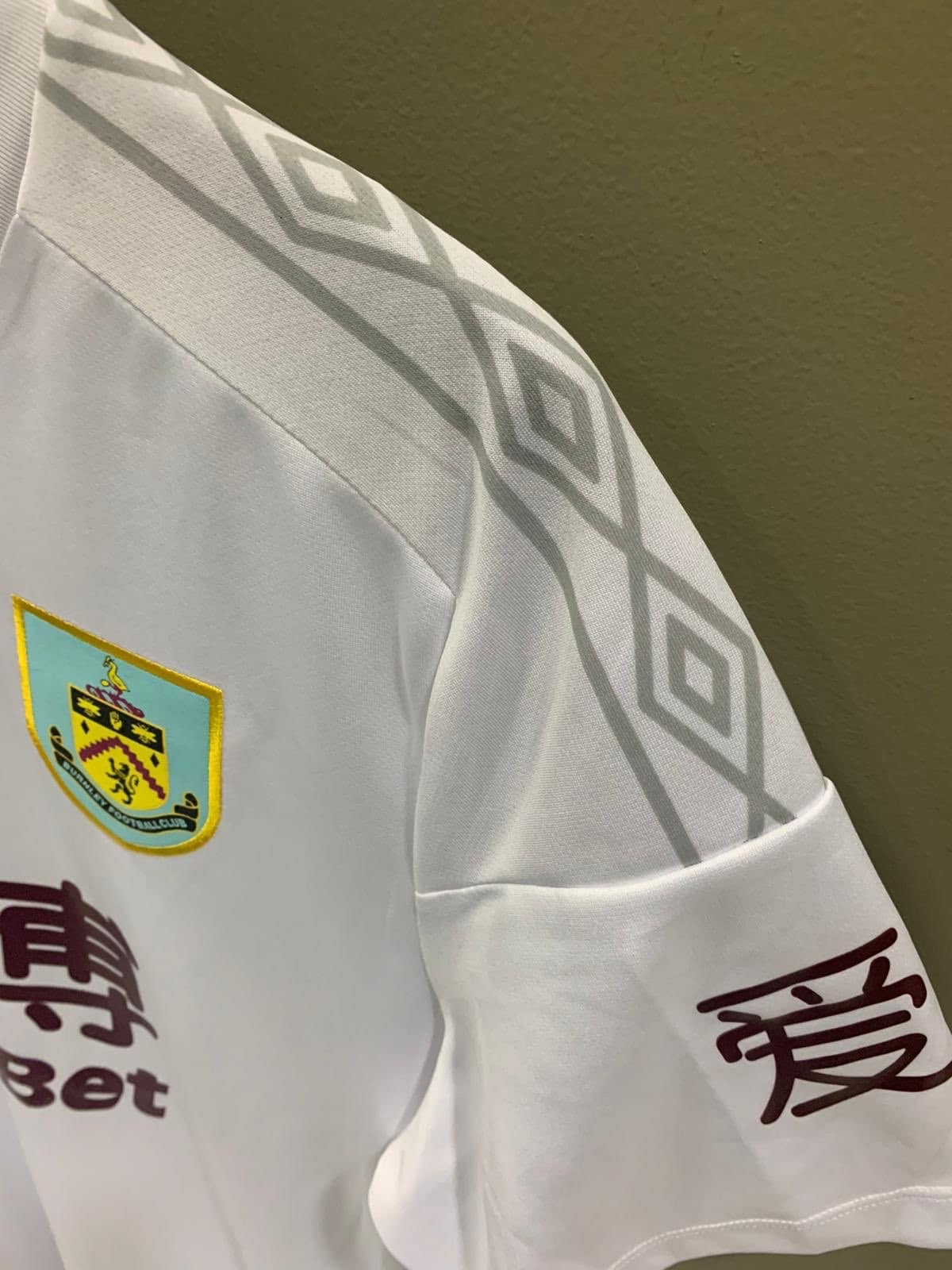 A grey double diamond taping runs along the top of the sleeves. 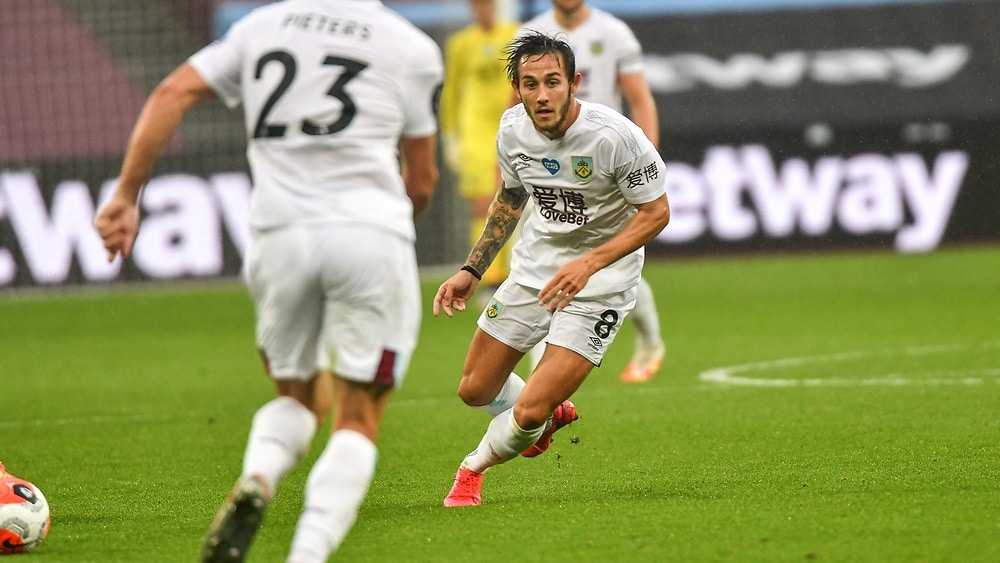 Buy a classic retro Burnley football shirt from The Kitman!