Today’s interview is with the Melbourne Victory kitman Guido Chayan.

Join us as Guido shares his stories and experiences about being a kitman in the A-League. 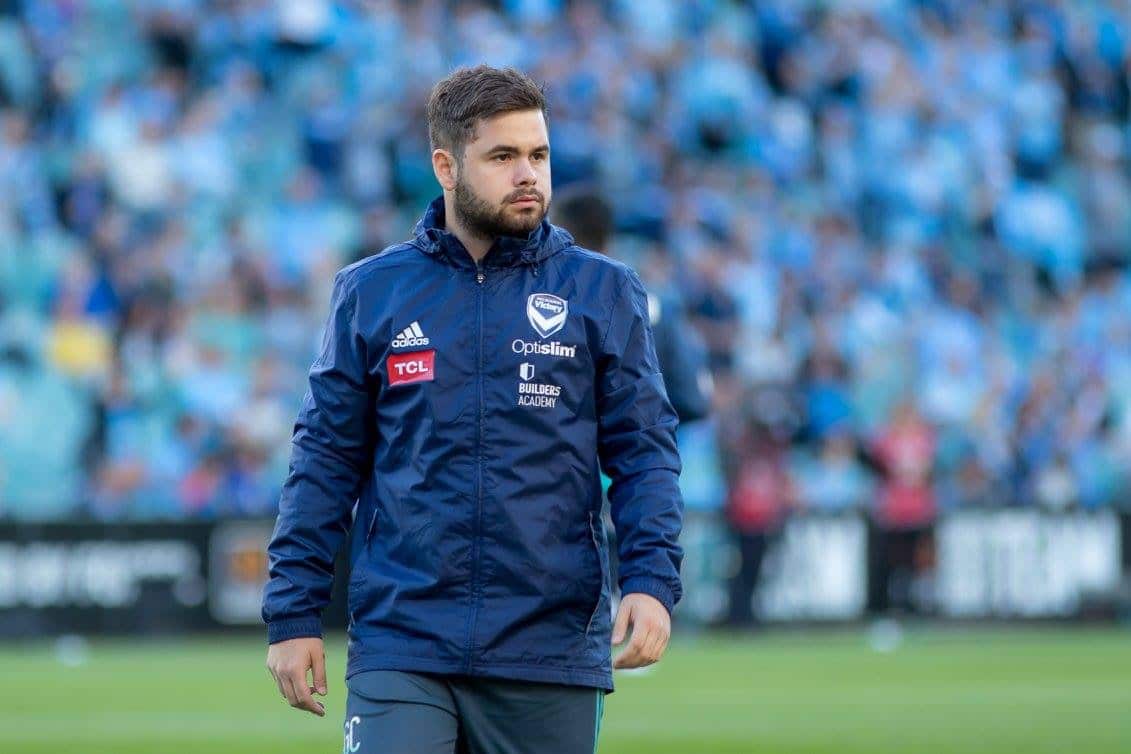 “I am kitman for Melbourne Victory Football Club in the Hyundai A-League and have been employed in this position since 2012.”

“Long story short…I started going to Melbourne Victory training sessions during my school holidays in 2006, I was 12-13 years old and asked if I could help by collecting cones and balls. I did this till I finished high school in 2011. In December 2012 days before my 18th birthday, the Equipment Manager decided to leave the club and I was appointed.”

“Apart from the couple of years I spent helping out the kitman at the club, when I got the job it was my first experience.”

“For as long as I can remember, I always wanted to work in football and this job was a great opportunity to earn my stripes and learn as much as I can about the sport for a club that I followed as a young boy.”

“First and foremost, it is to make sure that the players and staff all have the kit they need for the day’s training session. Myself and my assistant Brian, will put the kit together the day before and load it onto trolleys so we can put it out in lockers once the players leave for the day. Secondly, we liaise with the coaching staff and prepare any equipment they will need out at training and load it onto the equipment buggy.”

Once the team goes out to the training pitch I will pack or prepare the kit for the weekends match. If we play at home a lot of the time, I can just wheel the kit down the corridor into the change room or if it is an away game, I will load it straight in the van. Normally, 2 days before a game is where the heavy work for a game begins this is when we will pack the playing shirts, warm up kits etc. The day before the game is where we pack the important stuff and any personal gear the players will need such as boots, shower slides, shin pads etc. We will travel with anything between 20-23 equipment bags to a typical A-League game and between 25-30 for an Asian Champions League game.

When we are not packing we are ordering equipment, planning logistics or pressing shirts!”

“Absolutely! I always like to get to the ground early in the day, so I have a bit of extra time to catch up with the opposing kitman. We have a group on WhatsApp with past and present kitman that when banter isn’t going back and forth, we are helping each other out or trading war stories!”

“Nothing out of the ordinary. The majority of players now cut their match socks and use a particular brand of grip sock. I once had a player who liked to have 4 shirts in his locker before games, 2 small and 2 mediums. He would try them on and decide what size he would use in the game. I don’t mind what players want; I try to be as accommodating as possible.”

Do you get any input on the club’s kit designs?

“No, that is all done between our kit supplier adidas and our retail team. I’ll have my opinion asked for but that is as far as it goes. It’s a lengthy process that usually takes a year or so, discussions will normally begin about 18 months before the kit is released. It is quiet an intriguing process.

I will have a small say on training kit, as we deal with that on a day to day basis. Adidas will meet with us and ask us for our input into what we would like to see and what how the players feel in the apparel. The ordering of all the gear is usually done, 8-9 months before delivery is required for early July when pre-season begins.”

Do you own any football shirts, if so, how many and what’s the most treasured shirt you own?

“Too many, I have about 5 bags filled up with shirts. I was fortunate enough to spend a couple of days with Real Madrid when they toured Melbourne in 2015 to play in the International Champions Cup tournament. On their last day in Melbourne, one of their kitman was kind enough to give me one of Cristiano Ronaldo’s shirts which was signed. That is proudly framed up and hanging up in my living room.” 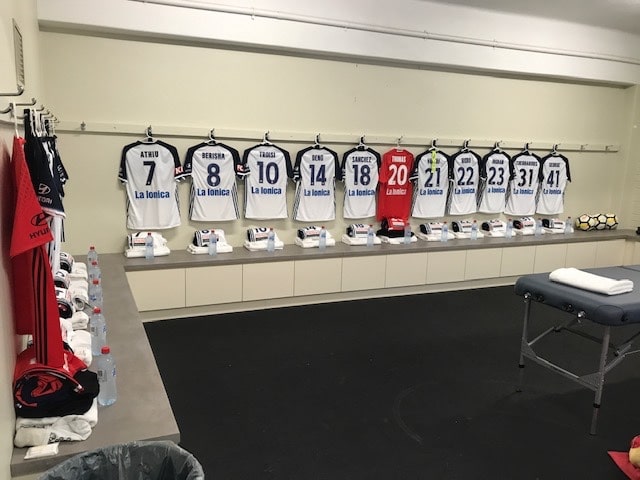 “I love collecting shirts from my time in football, I like to keep a shirt from every season and every competition we play in.

Whenever we play in the Asian Champions League, I always like to swap a playing shirt and or training apparel with the other team, it is a nice keepsake from the competition, and it gets hanged up in the kit room. Also, whenever a player comes in and they see my collection they always bring me a shirt from their previous team or national team.”

“This is like trying to pick a favourite child! I would have to say Argentina’s home kit from the 1986 World Cup by Le Coq Sportif.”

“I wouldn’t call it a career! Started playing around the age of 5 and played till I was 13. Once I started helping at Melbourne Victory, I did not have much free time to train and play.”

Have you made any errors like, forgot the kit, or bought the wrong kit?

“Touch wood I have not had any nightmares yet. It must be said that we the amount of kit we carry it is very easy to forget something. Even though I have my packing list engraved in my head, I still use it and will not pack unless I have one nearby. I check the kit 3-4 times as I am packing it, once again when we land in our destination and one last time on matchday morning.

You have to remember that every player has their own equipment requirement, a particular grip sock, some cut socks at different lengths, some will change grip sock band 2-3 times a season. All this stuff is important to remember as you do not want anything missing. Being a kitman, you don’t want your name being called out on gameday.”

What happens to the kit at the end of the season?

“The players will get all their playing shirts, some come in and ask for extra stuff to take away for family and friends. The remainder is put in bags and given to the Community Department.” 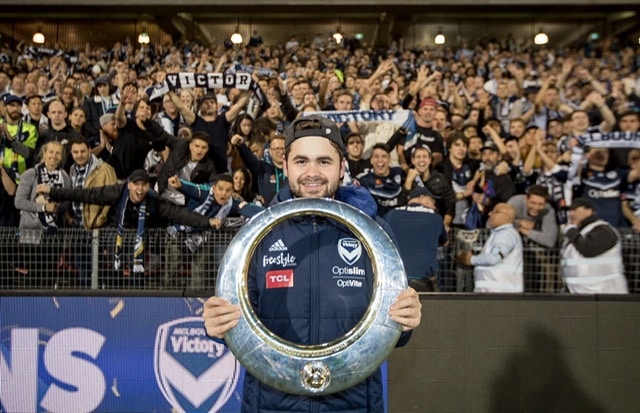 “So many to choose from! My dream has always been to win the league with my club, and I was able to do it in May 2015 and again 3 years later in 2018. Both championship wins are special in their own merit but stand as incredible achievements.” 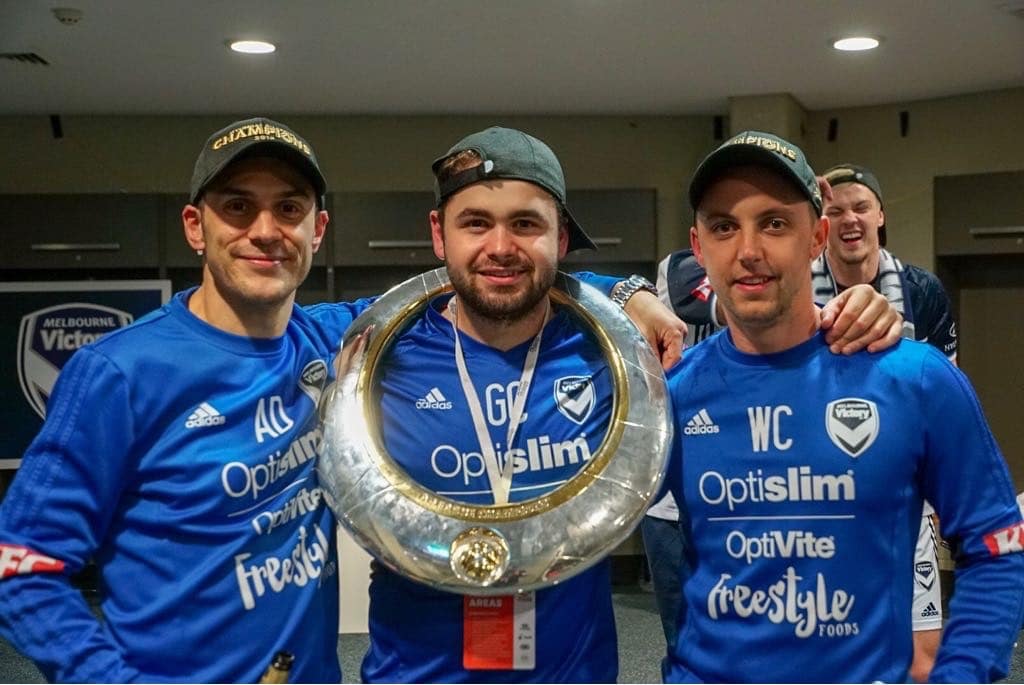 “First and foremost, you must be organised and be prepared to work long hours. They are probably the two best characteristics you can have to be able to do this job. You must be able to think one step ahead and be prepared for any scenario that may play out. Sometimes you may think you have everything ready and a player will forget their insoles at the hotel or something of that nature.

Lastly, you must have a lot of patience and not take yourself too seriously!”

What is the funniest kit related story you can tell us that has happened to you or you have witnessed?

“It is hard to pick one because there are so many.

Normally if the size of the changeroom allows for it, I will leave a spare locker in between players to give them a bit of space. The players will use the spare locker to hang up their suits and put their second match shirt.

This particular game we were playing in the Melbourne Derby at our larger venue that holds 60,000 spectators. At half time, we were walking back out onto the pitch and I noticed that two players that were sitting next to each other in the changeroom were wearing had somehow grabbed the wrong shirts and were wearing each other’s. I chased them down and got the to swap, luckily I did, one of them scored 5 minutes into the second half!”

“It is a mixture between my girlfriend and myself. However, it is a requirement that I fold it though!”

“I love my job because I have the honour of working for the team I supported as a kid, have been able to travel to a lot of different countries and experience many great and memorable moments. I have had the privilege of working with a great bunch of guys both players and staff of which I have made many great friendships. I love all the planning and the logistics that goes into each away trip and game day but at the end of the day nothing beats the feeling of 3 points.” 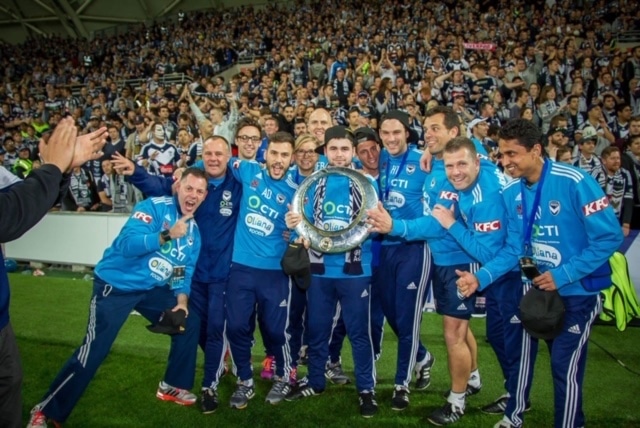