As part of our ‘Being The Kitman’ series we interviewed Chris Maxwell the kitman at MLS side Houston Dynamo.

Join us as Chris shares his experiences about being a kitman at a MLS side.

‘Houston Dynamo of MLS, this is my fourth season in charge there.’

2. How did you get your current role & have you had any previous experience?

‘I was a gameday intern for Houston in 2012, ended up helping out the kitman with laundry in my free time and stayed on as his assistant for the rest of that season. From there I worked for the US Soccer Federation with the youth teams for 6 months until I got the job with the Women’s full team. I was with them for two years and now I’m back in Houston with the Dynamo.’

‘Honestly, I never thought of it as a career path, I didn’t really know exactly what I wanted to do other than just work in pro soccer. Then I sort of fell into the opportunity as an intern and haven’t looked back since.’ 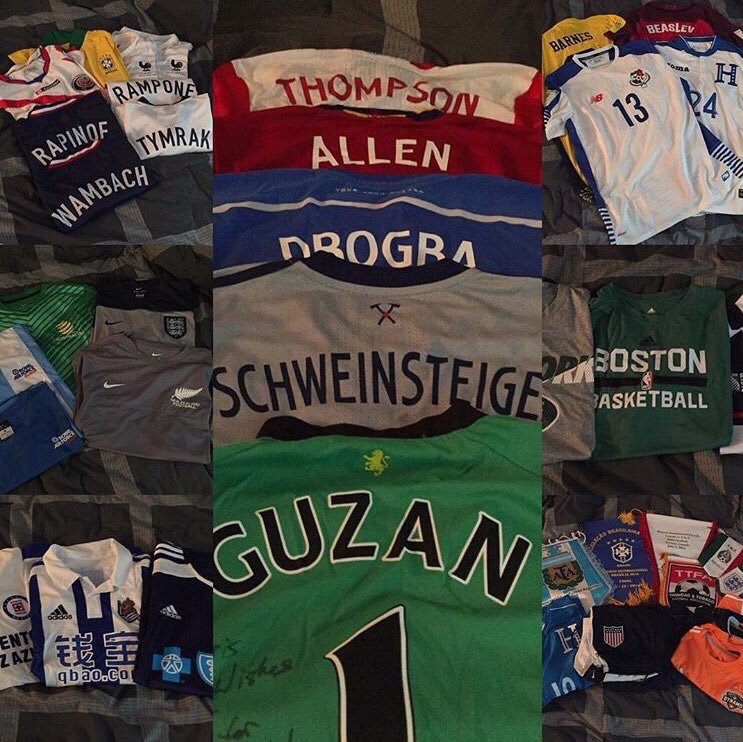 4. What are your responsibilities as a Kitman?

‘Is it too obvious to just say a little bit of everything? I cover it all from training to games, from field equipment to kit to laundry.’

5. Do you have a catchup with the opposing Kitman prior to or after kickoff?

‘Usually before the game, after the game is when the real work starts for me.’

6. Have you had any certain players have special kit requirements?

‘Too many to name, everyone has their thing. Mainly GKs, and mainly socks.’

7. Do you get any input on the clubs kit designs?

‘I’m in the room during the discussions to make sure the team and on field implications are considered.’ 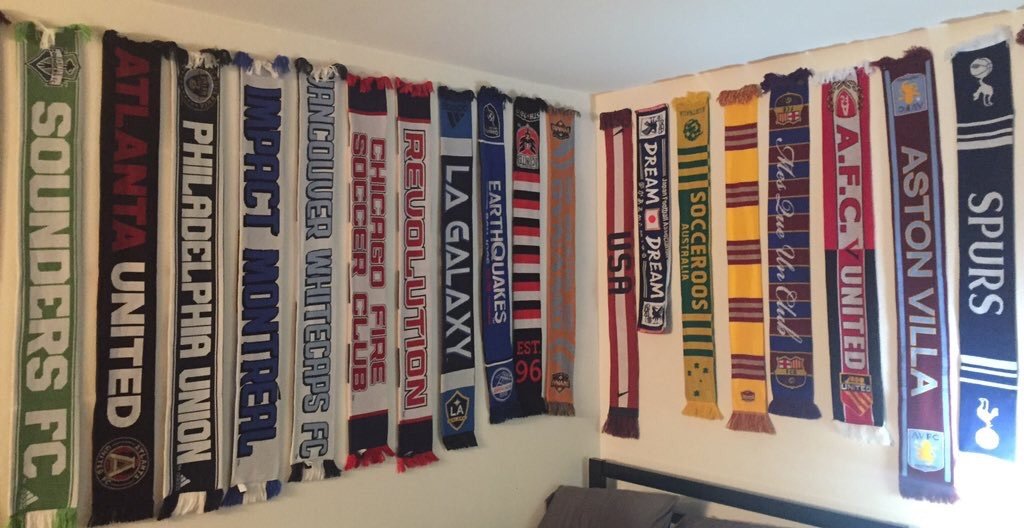 8. Do you get to keep shirts from your club or opponents?

‘Yes, but it’s not the piece I try to collect. I hold on to one of each of my team’s kit each year as a keepsake of the ones I worked with, and have picked up a few others along the way. But as for swapping with opponents I go for scarves. I’ve collected from international opponents, almost every MLS team, matches I go to as a fan, and more.’

9. What in your opinion is the best football kit of all time?

‘US Centennial Kit by a longshot. It was the first kit I worked with as a head kitman so it has some bonus sentiment for me. It is just simple and clean, my all-time favorite for sure.’

10. How was your playing career, who did you play for, what position etc.

‘I played through college for a DIII in upstate NY, shoutout to St. John Fisher! Mostly a CM or CB.’

11. Have you made any errors like, forgot the kit or brought the wrong kit?

‘My job is to make sure everything is thought of and covered, even the 1 in a million scenarios. So hypothetically if I have made a mistake, there’s no evidence or witnesses, and I had it fixed before it affected anything. And you can’t find anyone that can prove otherwise!’

12. What’s been your proudest moment as a Kitman?

‘We won the U.S. Open Cup at home last year, celebrating a trophy in the locker room with everyone is hard to beat.’ 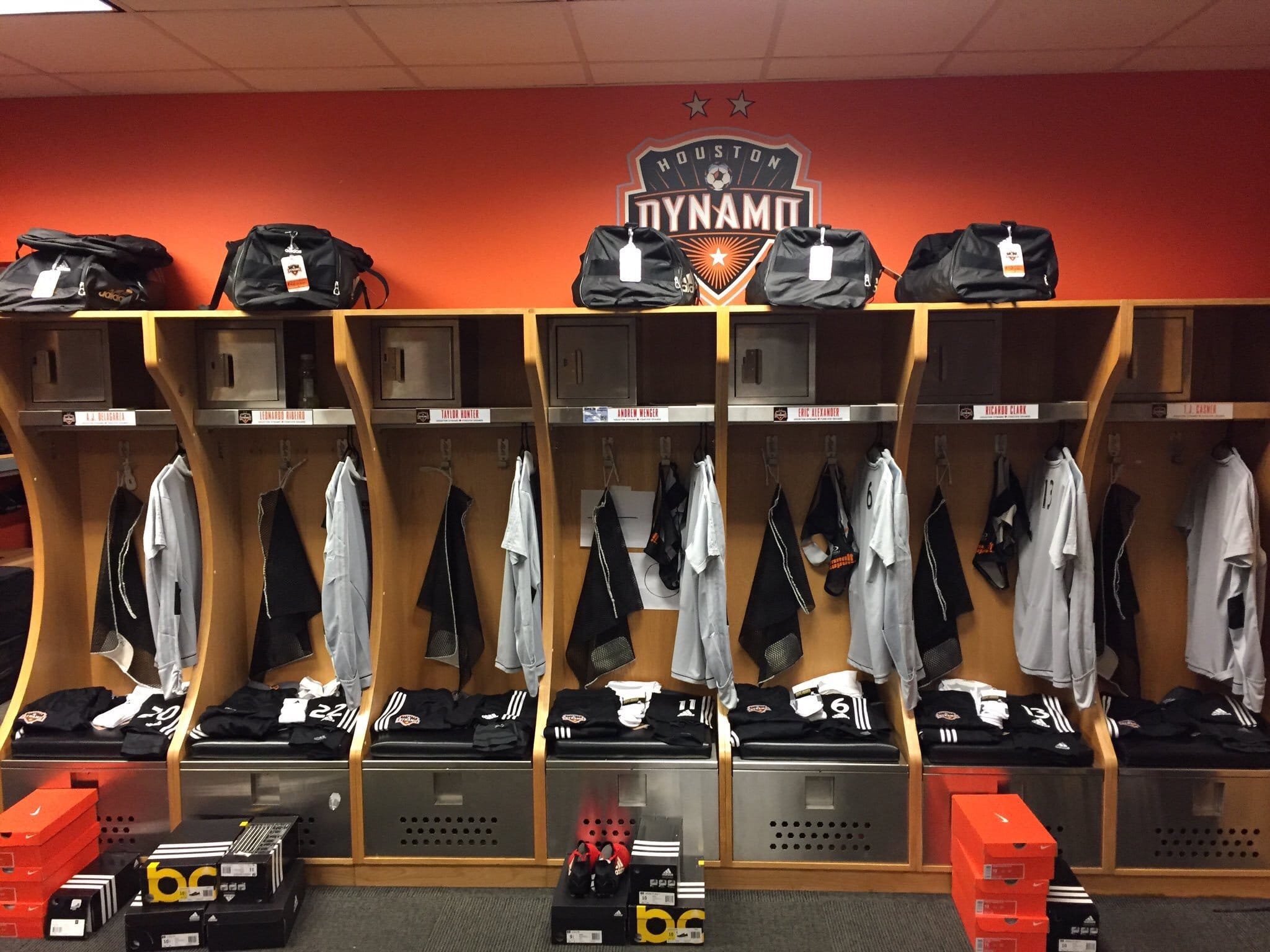 13. What characteristics do you need to be a Kitman?

‘Detail oriented, it’s all in the details and planning.’

‘I’m single, so me. But I like to think of it as a good selling point for what I can offer to future relationships.’

15. Finally, why do you love being a Kitman?

‘My office is a soccer field in cities all over the country, hard not to love that.’

Many Thanks to Chris and Houston Dynamo for taking part, best of luck for the upcoming season.