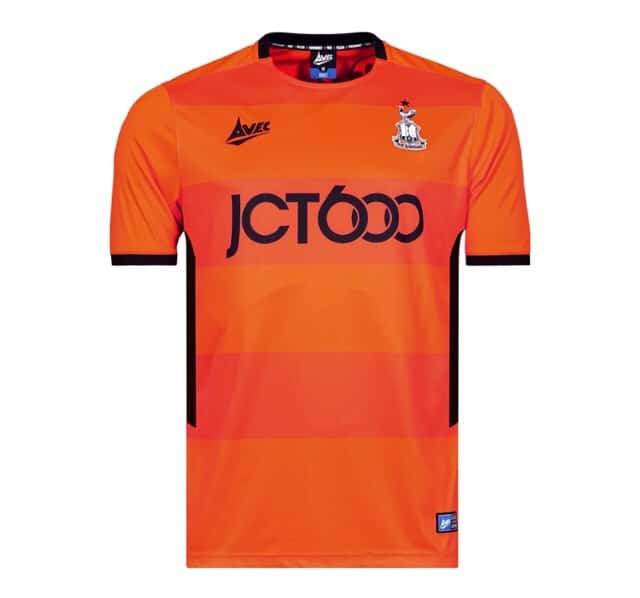 The Bradford City third shirt 2019-20 is orange with tonal hoops.

Both the back half of the collar and the cuffs are coloured black as are the side panels on the jersey and the Avec logo on the right breast. 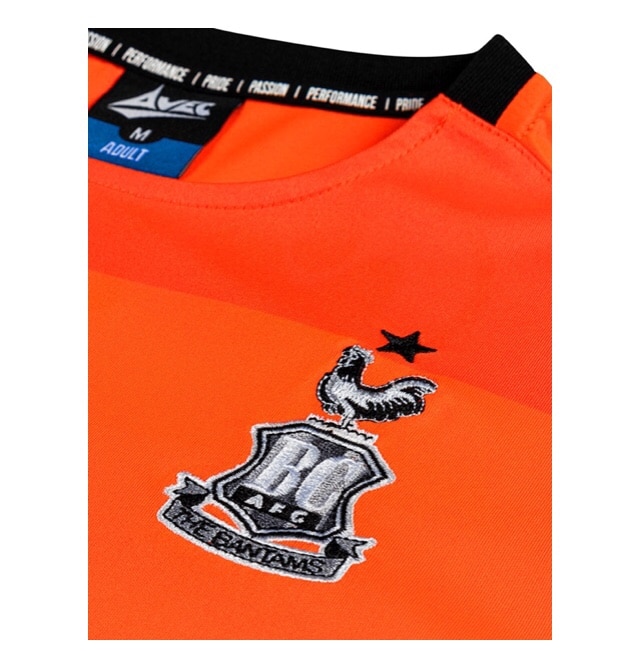 The Bradford City crest appears on the left breast whilst JCT600 have their name in the centre of the football shirt coloured black. 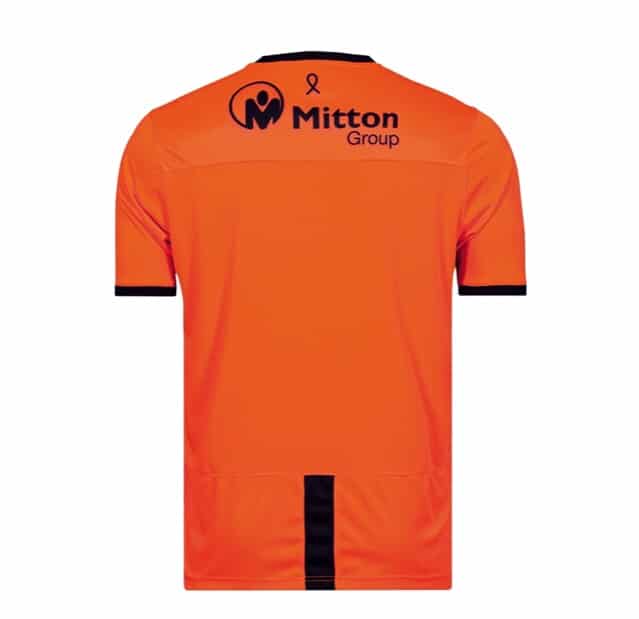 Both the Mitton Group sponsor on the top of the back and the vertical stripe from the lower back to the hem are coloured black. 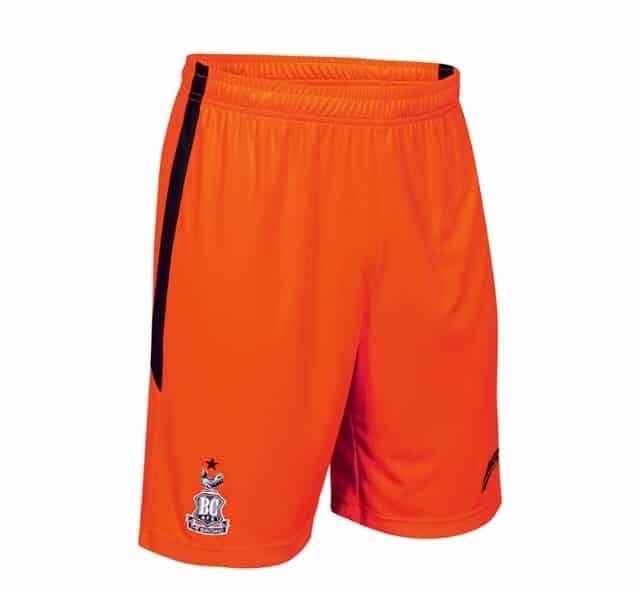 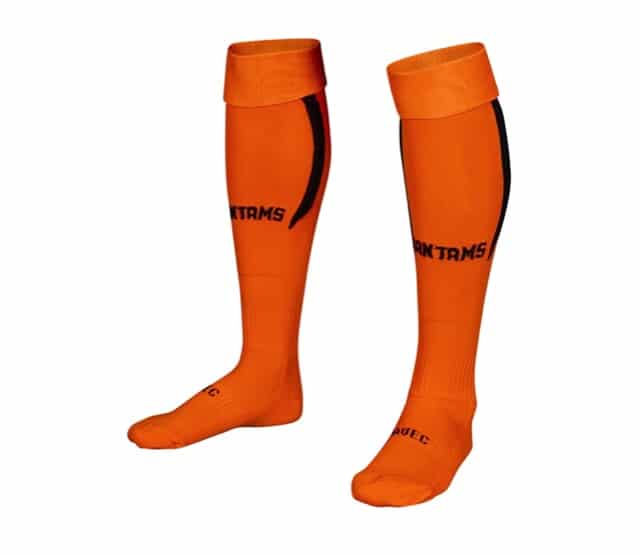