News from the English Premier League as the new Adidas 2019-20 Manchester United third kit has been officially unveiled, confirming the previous leaked images. 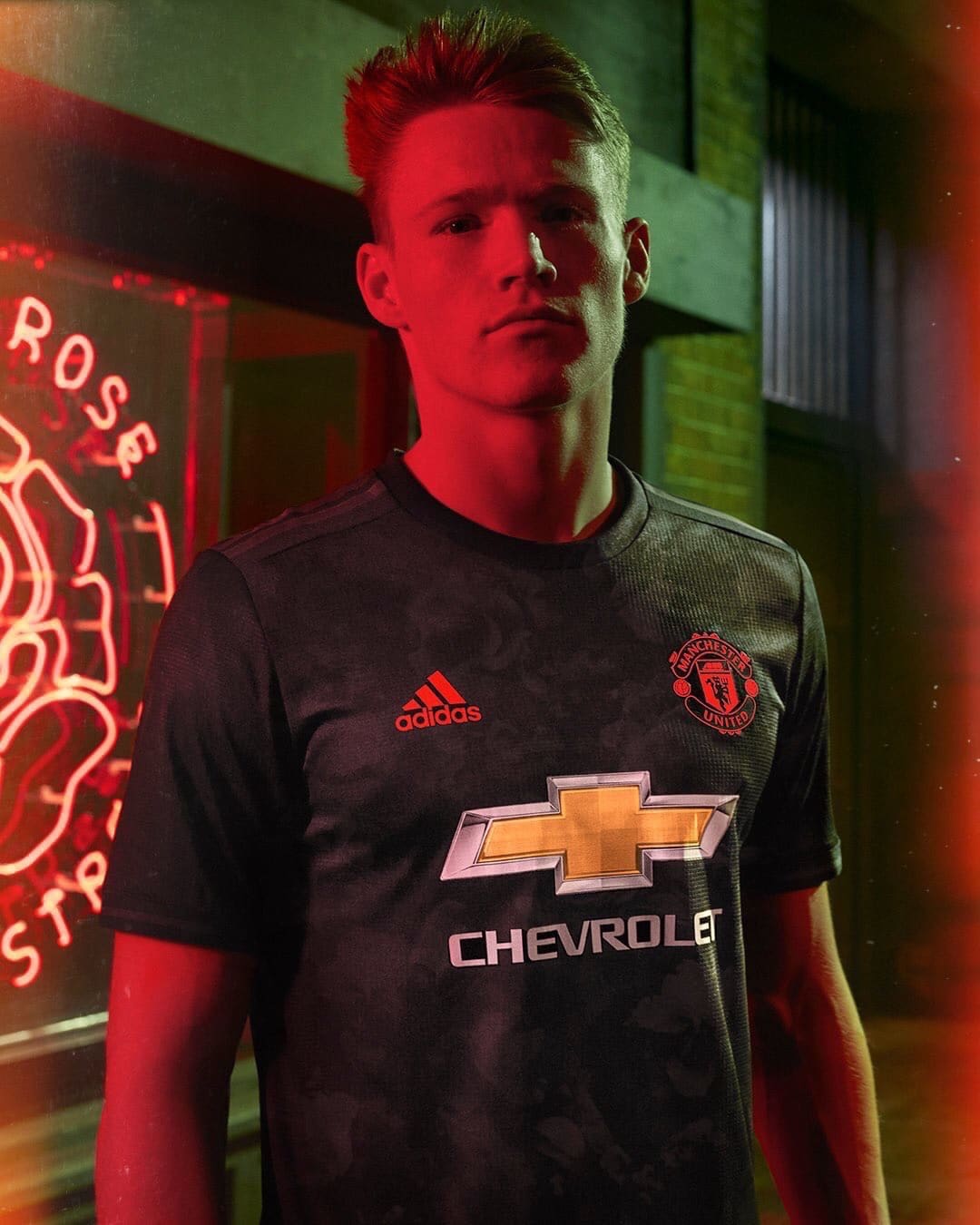 The 2019-20 Manchester United third kit is inspired by the 1909 FA Cup win and sees a black shirt with a subtle pattern which takes its inspiration from the Manchester Rose. 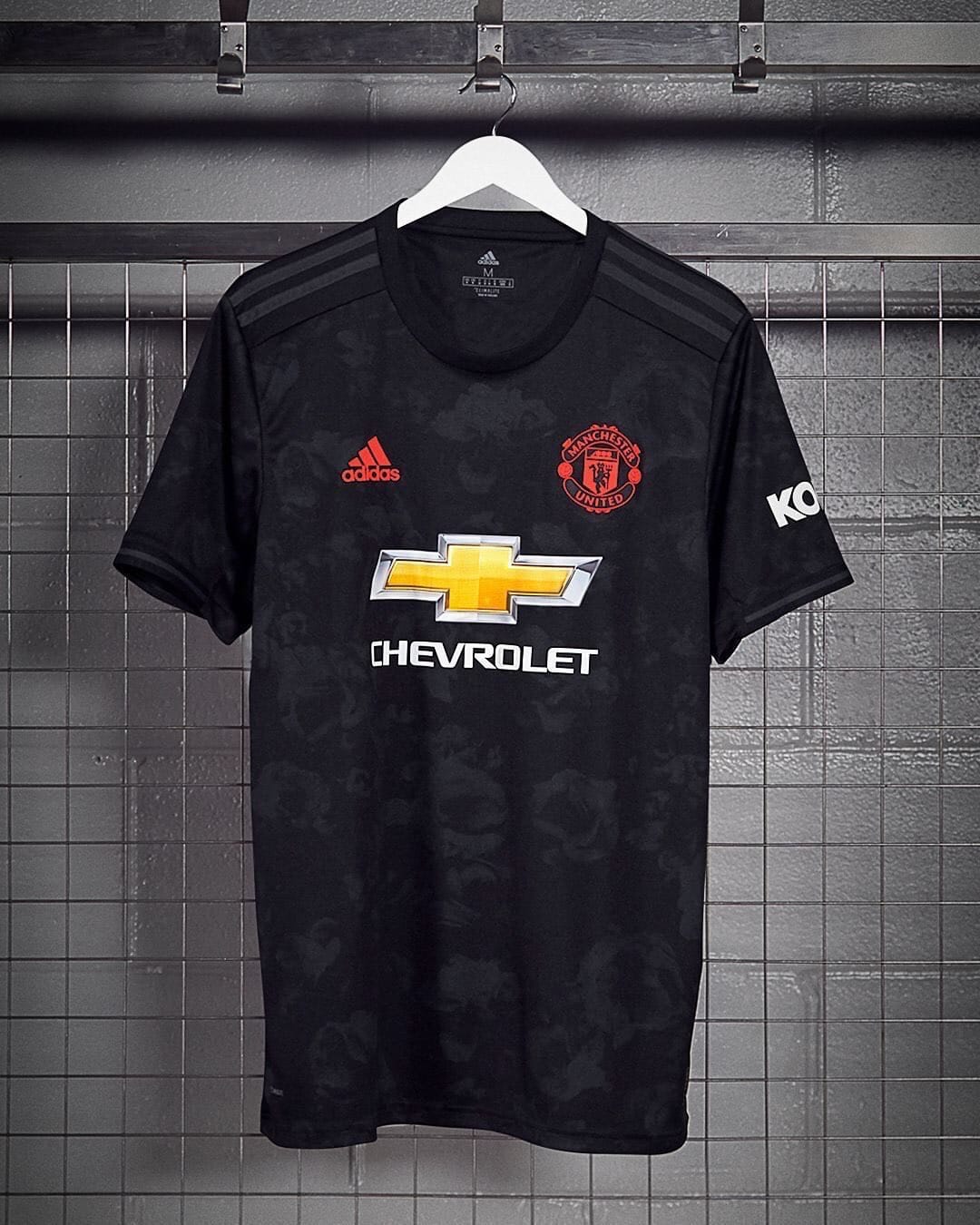 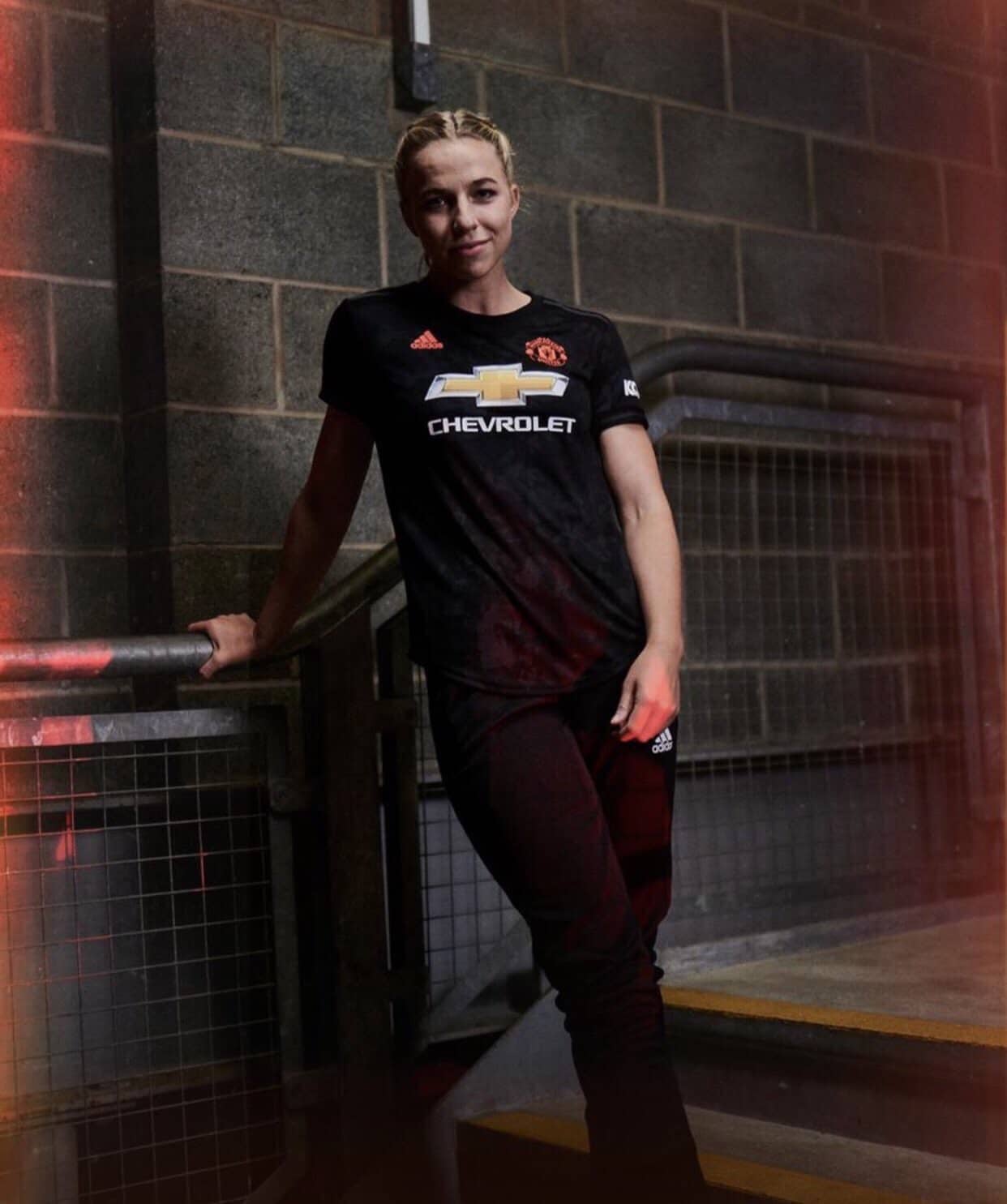 Subtle black Adidas stripes are placed on the shoulders whilst the Adidas logo on the right breast and the Manchester United crest on the left breast are coloured red.

Chevrolet have their logo in the centre of the football shirt.

Buy a classic retro Manchester United shirt from The Kitman!