Football kit news from the National League North as the new York City 2019-20 home shirt designed by Under Armour has been chosen by the clubs supporters. 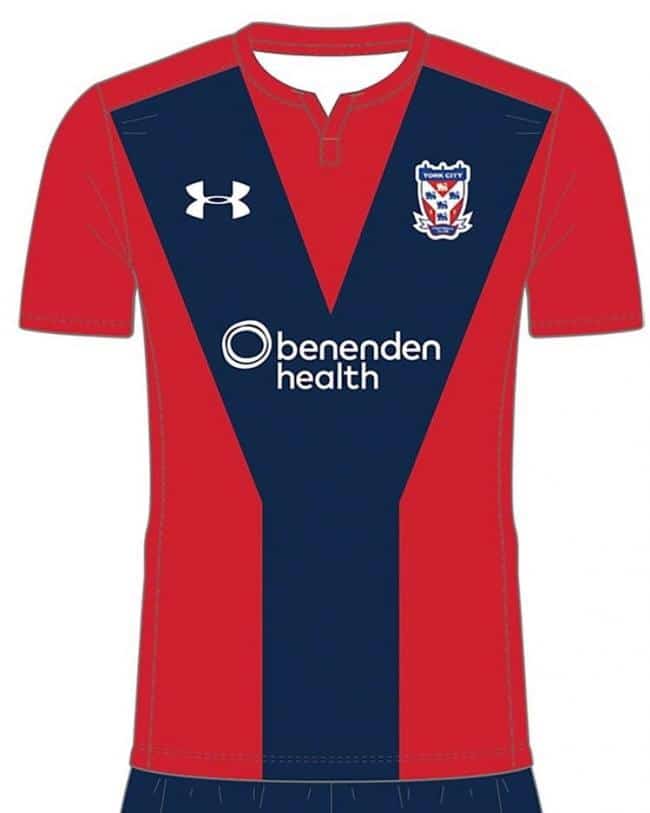 At the beginning of the week York City gave the fans the chance to vote on next seasons 2019-20 home shirt by giving them three different designs by Under Armour to choose from. 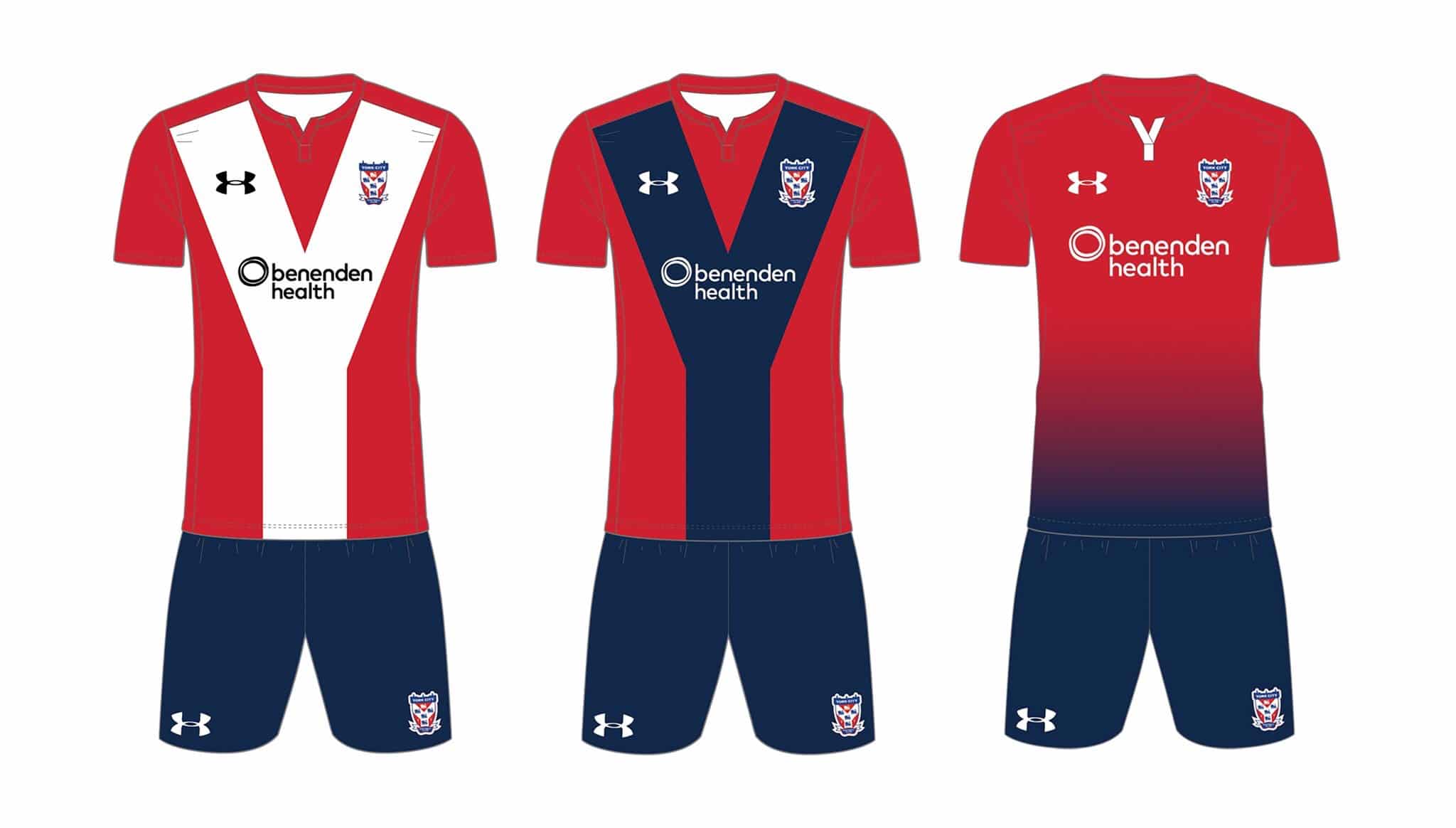 Yesterday it was revealed that option B won the kit vote.

The 2019-20 York City home shirt is red with a large navy ‘Y’ on the front of the jersey, similar to the recently revealed maroon York City ‘Y Front’ Bootham Crescent kit that will be worn for the final home fixture before they move into their new ground.