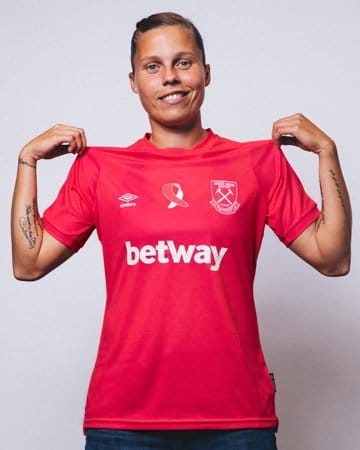 The 2020-21 West Ham United Breast Cancer Now Shirt is predominantly pink with the pink ribbon in the centre of the chest which is the international symbol for breast cancer awareness. 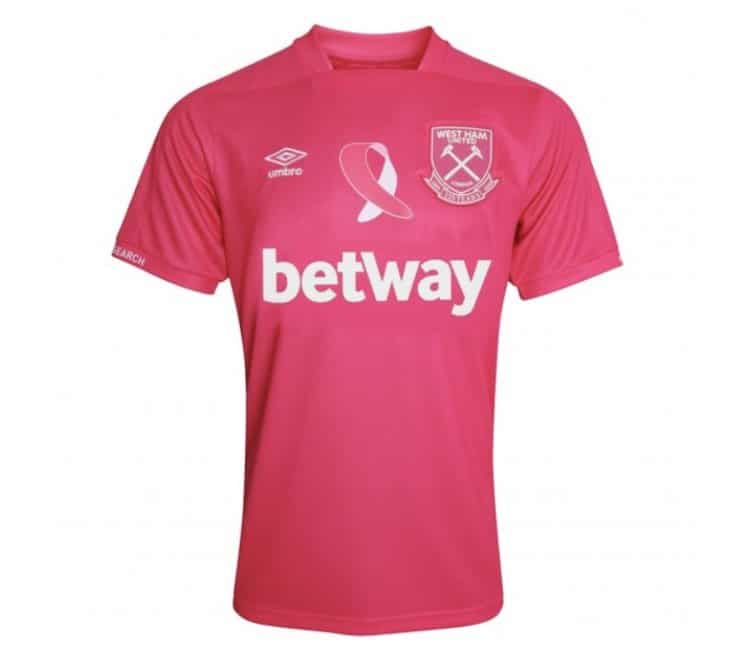 Both the Umbro logo on the right breast and the Betway shirt sponsor are coloured white.

On the left breast is a white monochrome West Ham United FC badge. 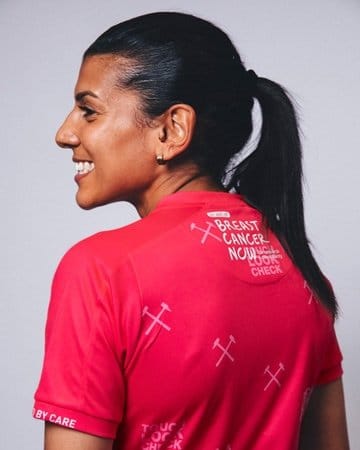 White “Powered by Care and Steered by Research” text appears on the cuffs. 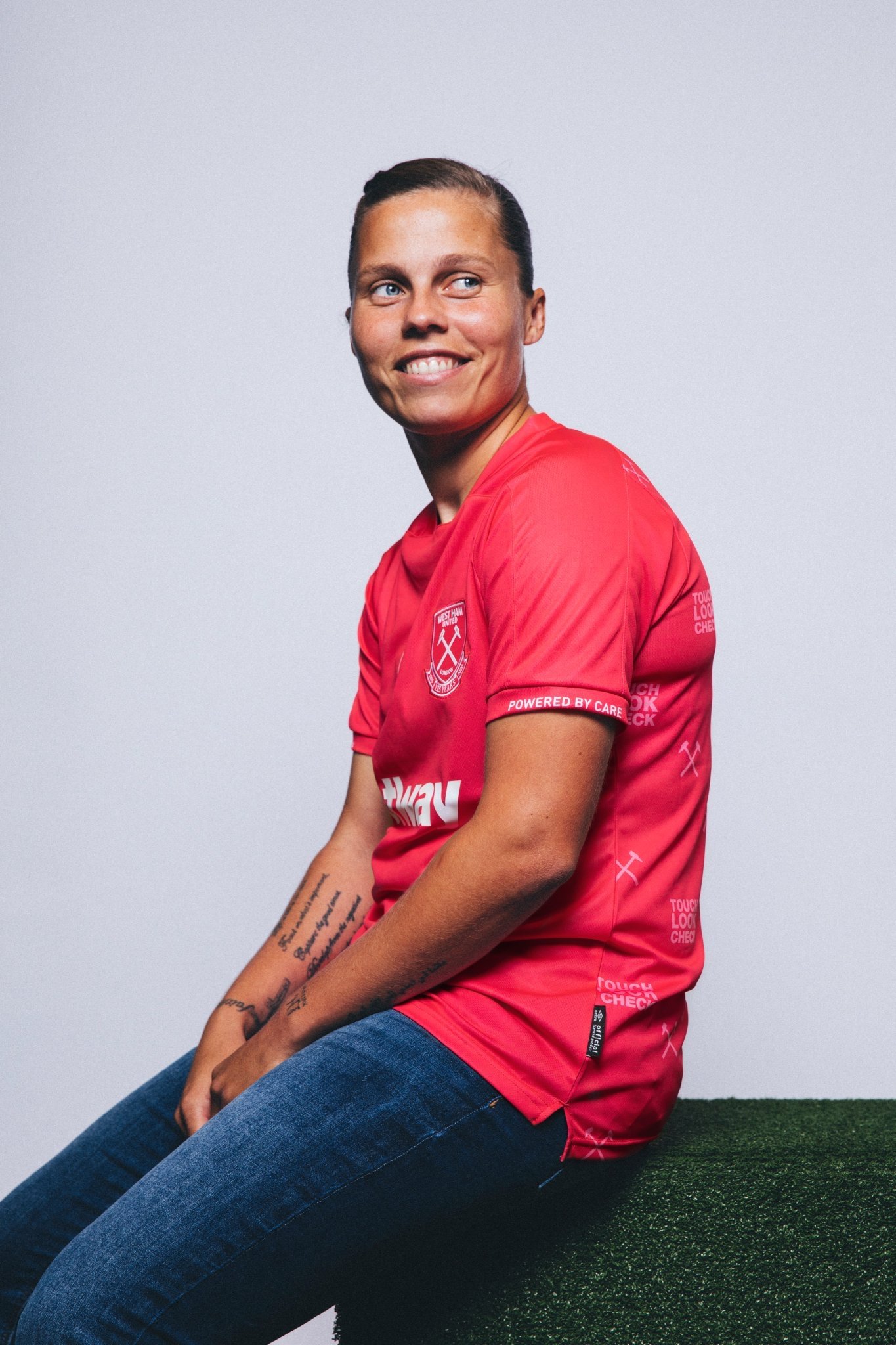 The back of the jersey features the iconic West Ham cross irons symbol that is repeated over the back as well as instructions “Touch Look Check” on how to check for symptoms. 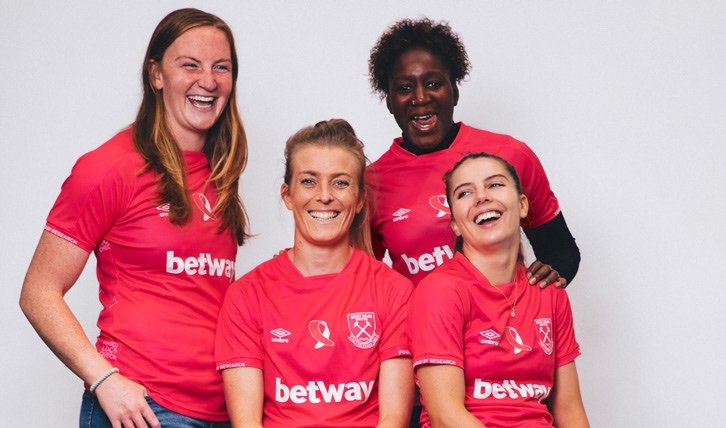 West Ham United women’s managing director Jack Sullivan said: “The support for our campaign to raise awareness of breast cancer was an incredible success and I am delighted to once again partner with Breast Cancer Now to use our privileged position as a professional football club to help their cause.”

“Our support last October helped to raise tens of thousands of pounds for Breast Cancer Now and generate millions of engagements on social media, providing funds and much needed awareness for their work. Our aim is to better that this season.

“Once again, the introduction of a limited-edition pink shirt will allow for our support to be visual during matches, and our commitment to donating all profits from sales of these shirts in our official stores shows our full backing for Breast Cancer Now.” 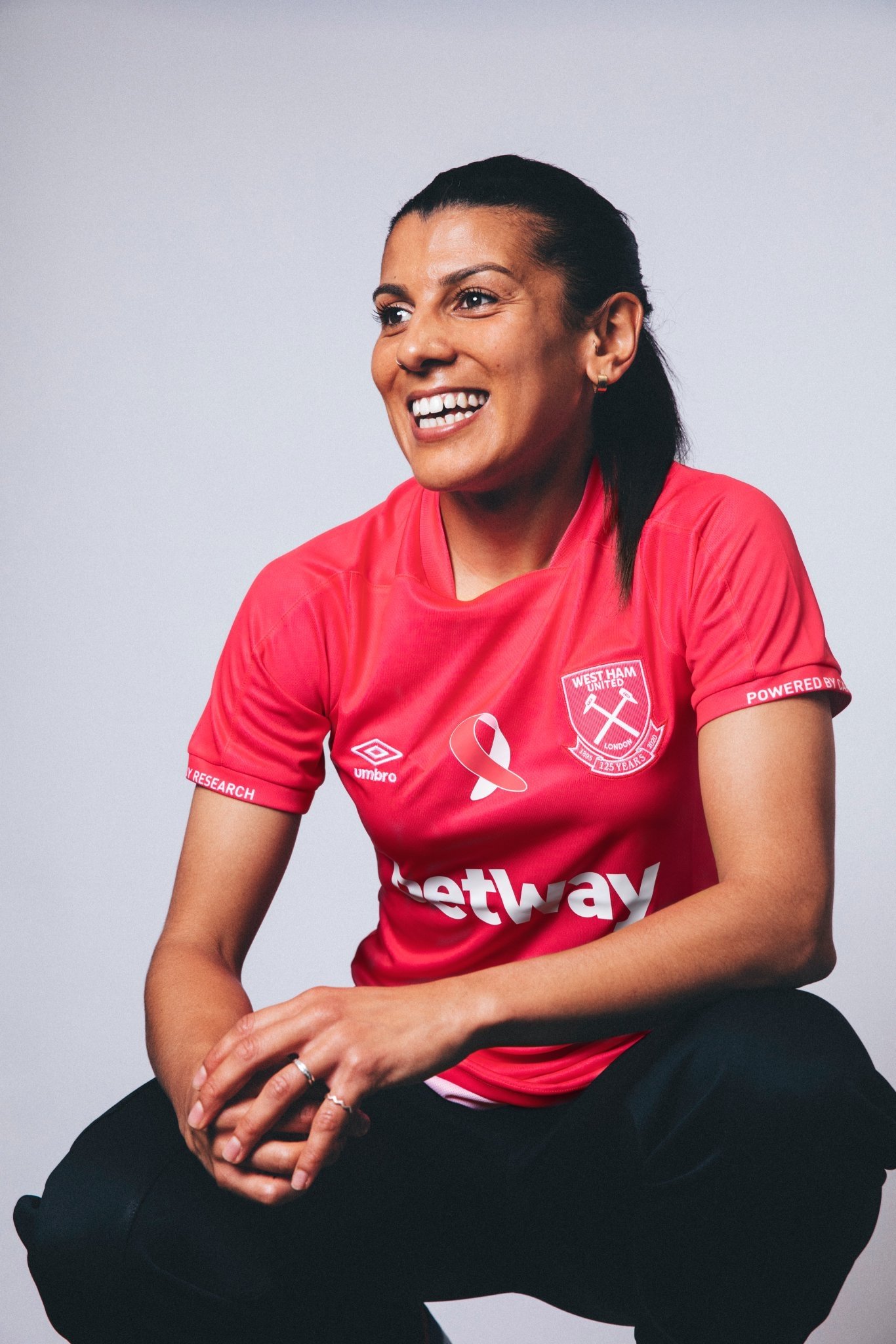 All the profits from the shirt sales will go to Breast Cancer Now.

Any sales of West Ham shirts from this post The Kitman will donate to Breast Cancer Now.