News from the MLS as the new Vancouver Whitecaps FC 2019 Adidas home kit has been officially released, confirming The Kitman’s previous leaked image. 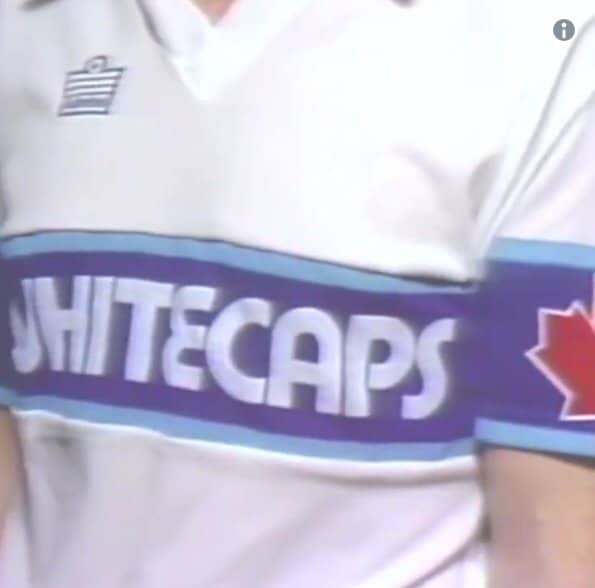 Inspired by the classic design worn during the 1979 ‘Caps North American Soccer League,’ (NASL) Soccer Bowl Championship, the Whitecaps have brought back the hoop to mark the 40th Anniversary since the triumph. 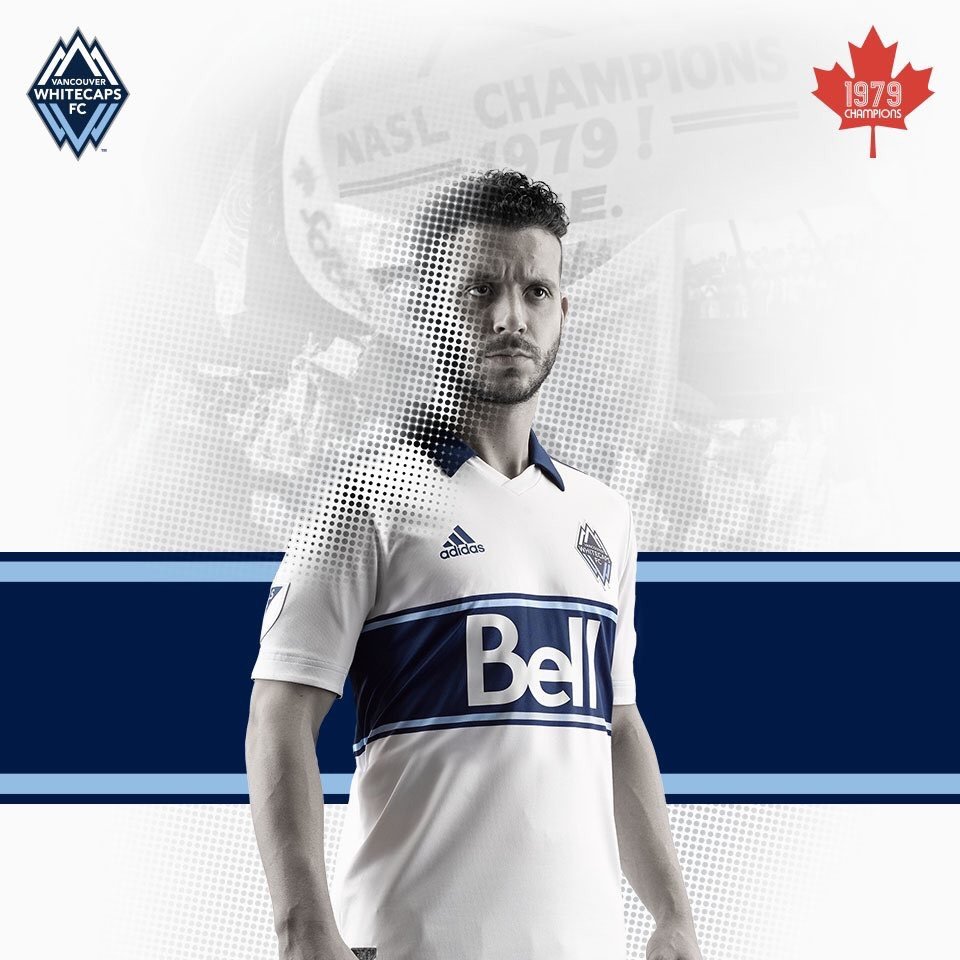 The 2019 Vancouver Whitecaps hoop jersey has a white base colour with a dark blue wrap around hoop that features a thin light blue hoop both top and bottom. On the hoop is the ‘Bell’ shirt sponsor that is coloured white. 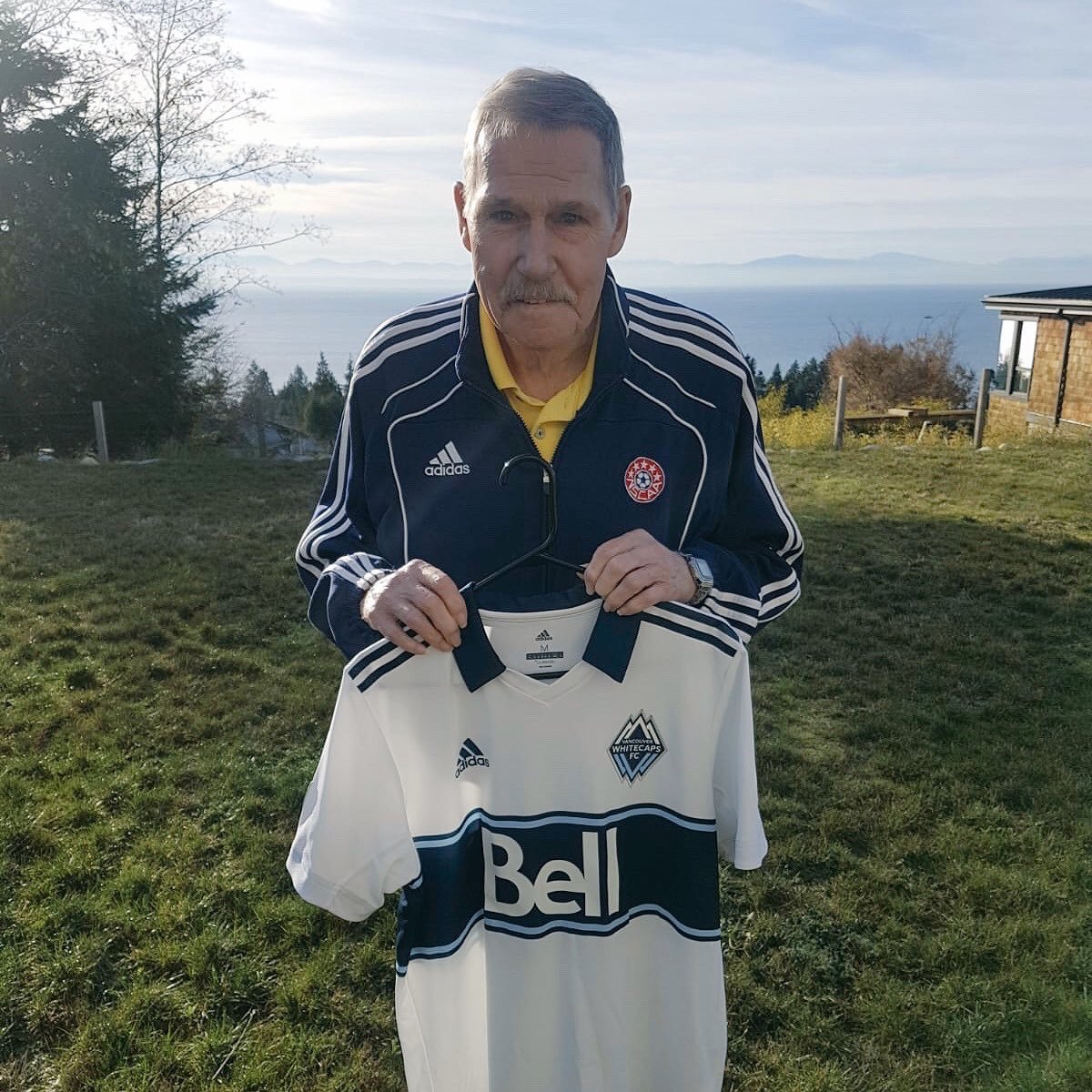 Both the classic collar, the Adidas stripes on the shoulders and the Adidas logo on the right breast are coloured dark blue. 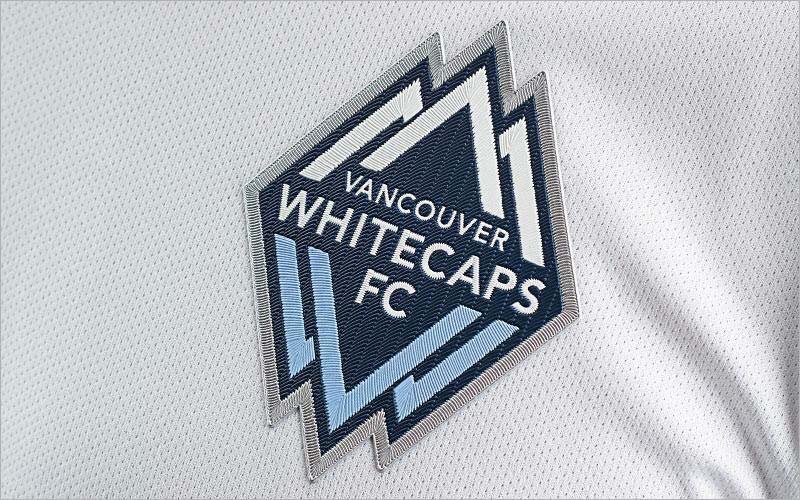 In the bottom left corner of the jersey is a jock tag which is a nod to the clubs logo used back in 1979. 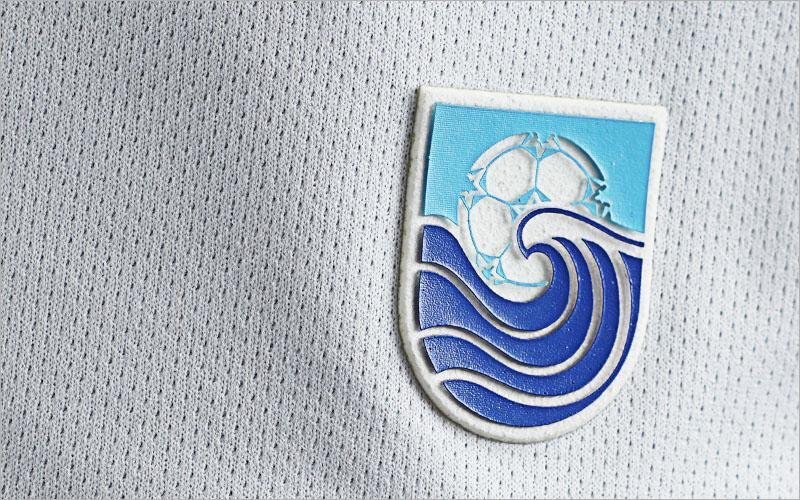 On the side of the left sleeve is a red maple leaf with subtle ‘1979 Champions’ lettering. 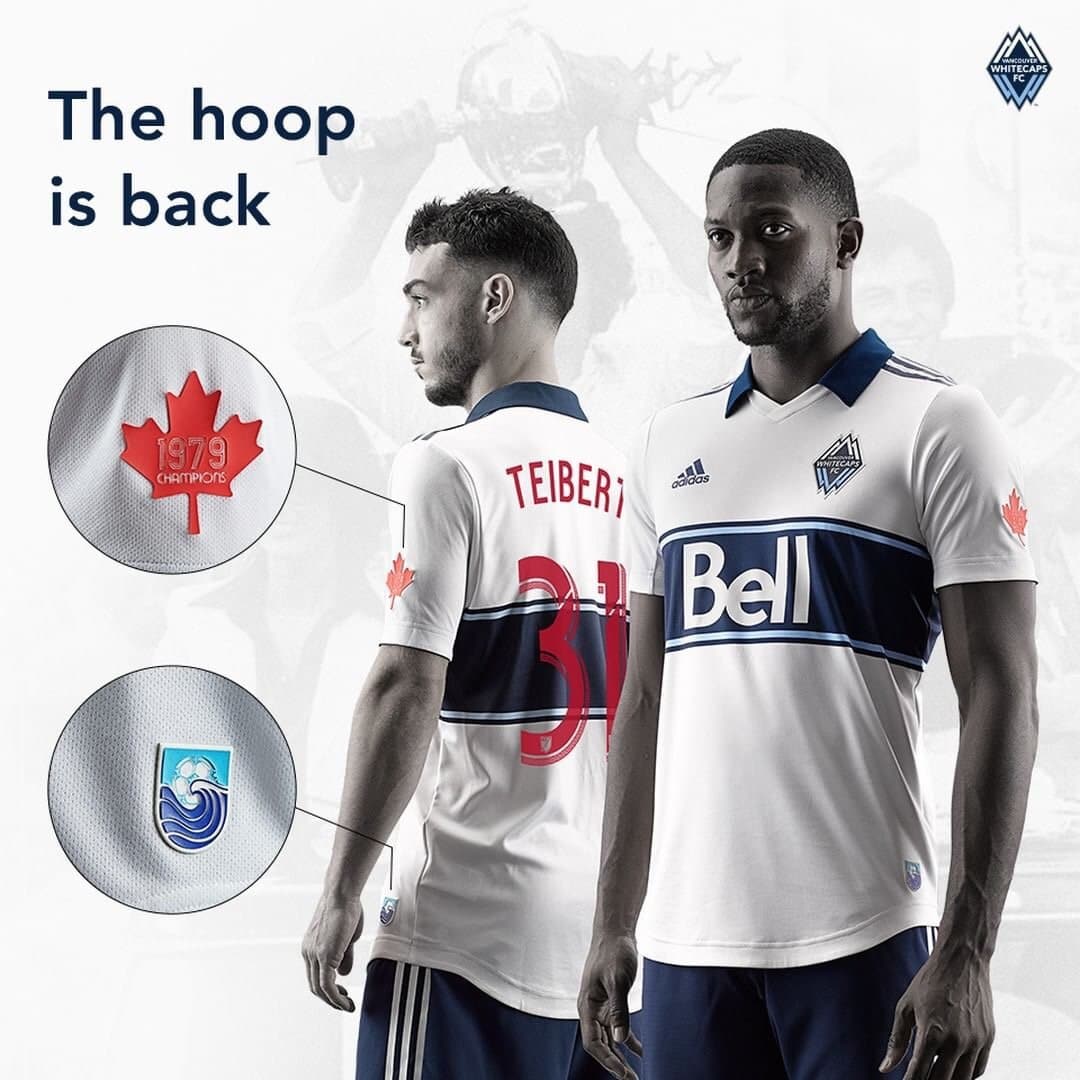 Whitecaps FC have also opted for red numbering and letters as used on the hoop kits in the 1980’s.

The Vancouver Whitecaps hoop jersey 2019 will be completed with blue shorts and white socks, a kit combination worn for the first time in the MLS.

The Vancouver Whitecaps badge is placed on the left breast.