Football kit news from the English Premier League as the new Umbro 2019-20 Everton third kit has been officially unveiled, confirming the previous leaked images on The Kitman. 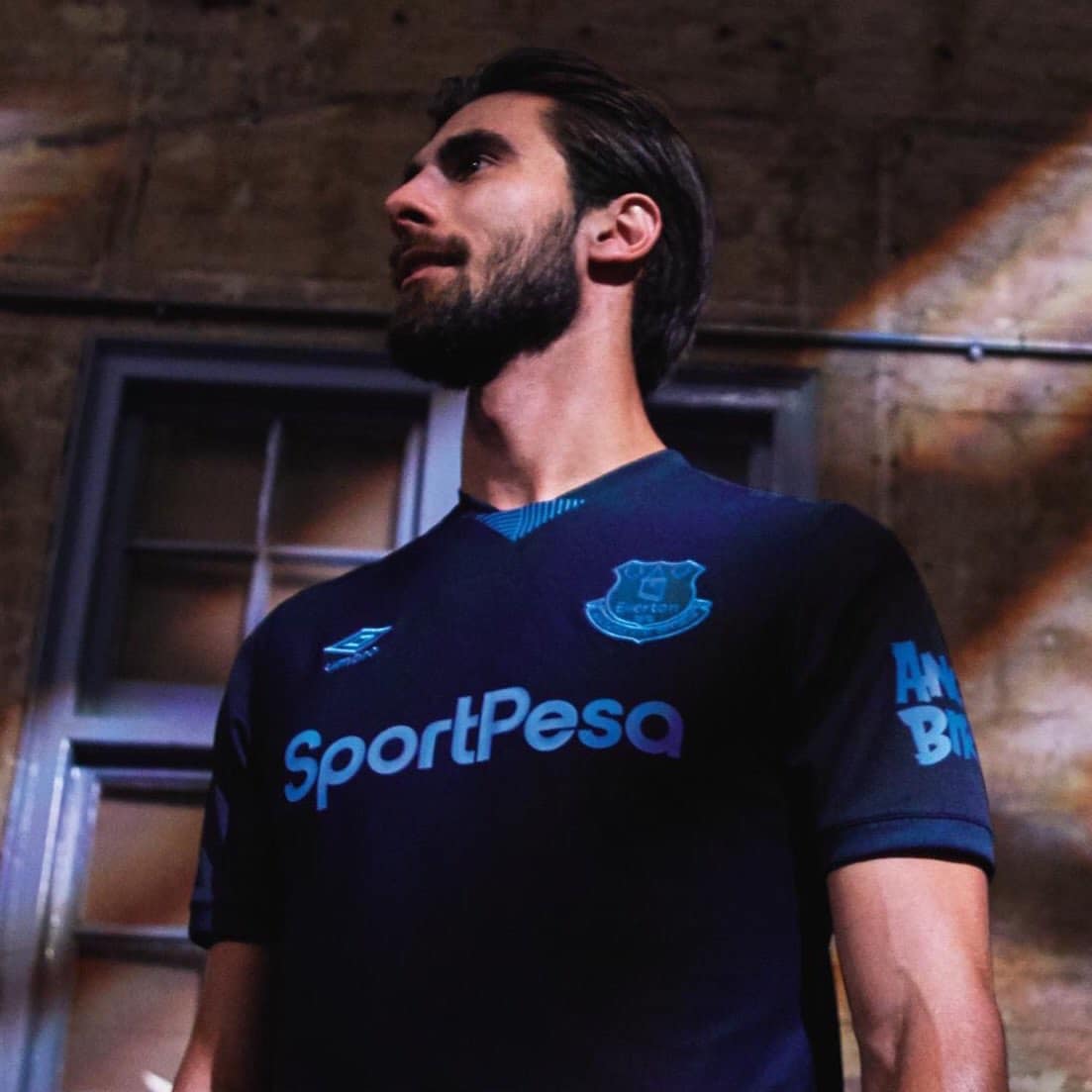 The Everton third kit 2019-20 has a dark navy base colour with a ‘dazzling blue’ triangle on the bottom of the collar made up of thin lines. One half of the triangle sees the lines run horizontally the other half sees them run vertically. 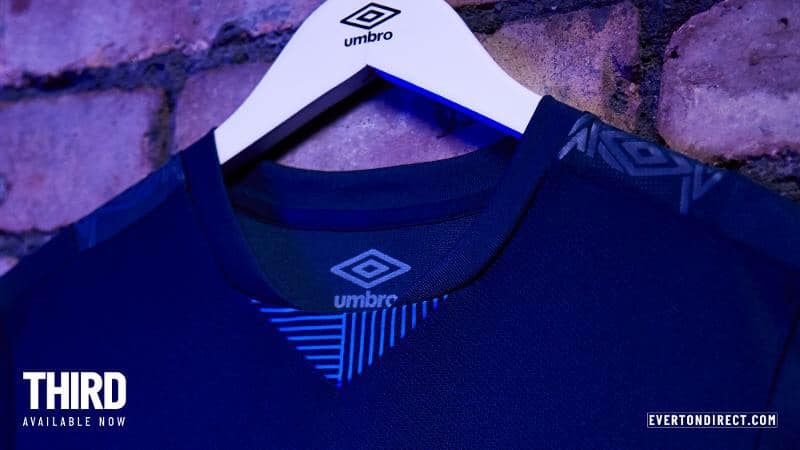 A subtle Umbro shattered diamond pattern appears on the tops of the shoulders. 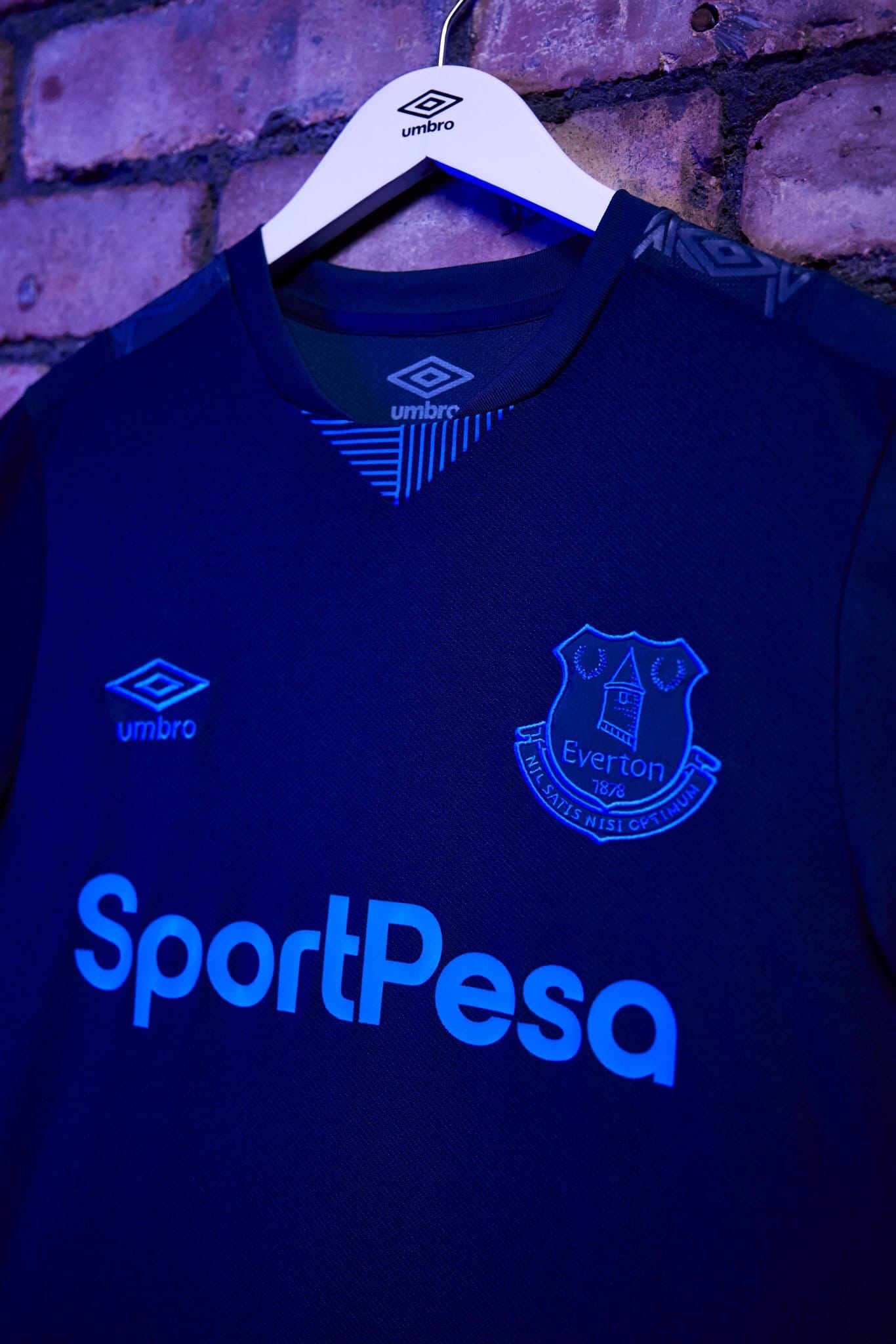 Both the Umbro logo on the right breast and the Everton FC crest on the left breast are coloured ‘dazzling blue’ as is the SportPesa shirt sponsor.

On the back of the neck is ‘EFC’ lettering.

Buy a classic Everton shirt from The Kitman! 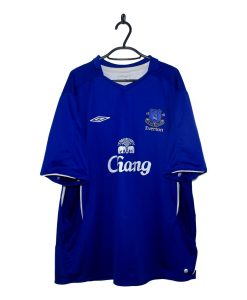