Football kit news from La Liga in Spain as a special edition 2019-20 Real Sociedad Reale Arena kit has been released. 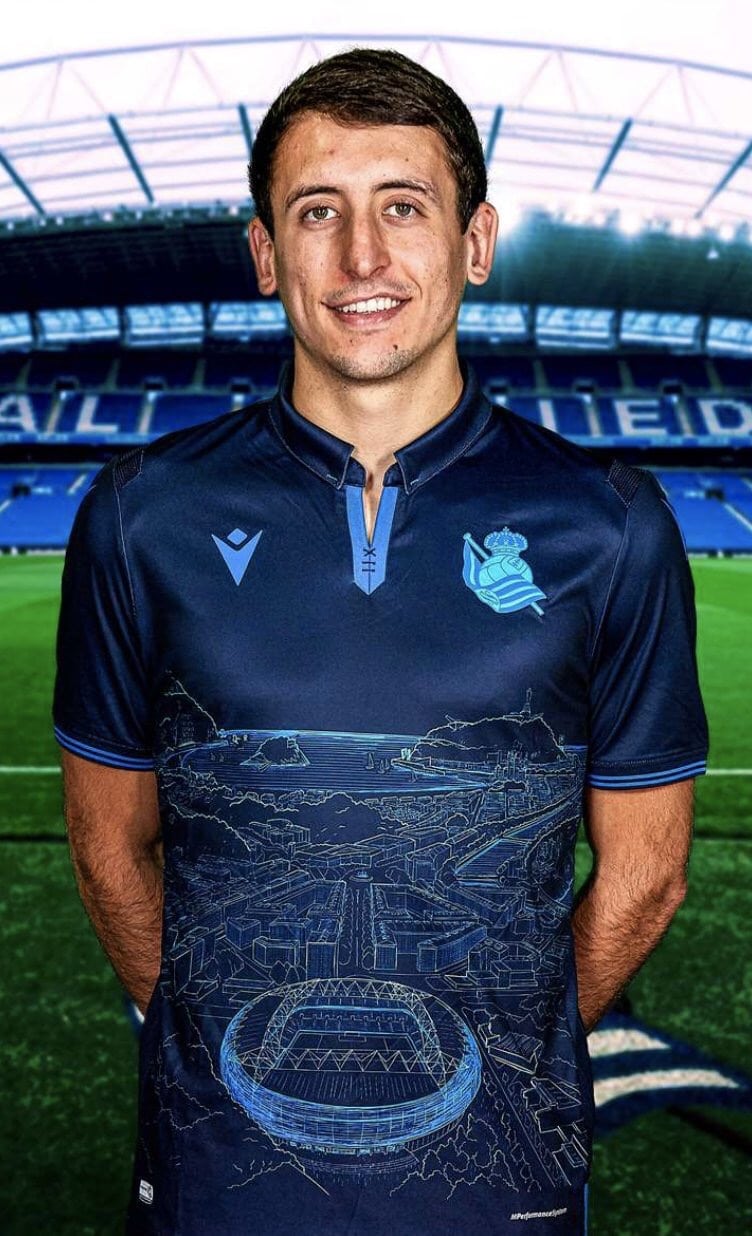 The 2019-20 Real Sociedad Reale Arena shirt is a tribute to the club and its recently renovated Anoeta Stadium.

The jersey is navy with a blue sublimated graphic on the front which features a view of the city of San Sebastián whilst the Anoeta Stadium is the centre piece.

Both the Macron logo on the right breast and the Real Sociedad crest on the left breast are coloured blue as is the trim on the cuffs and the collar. 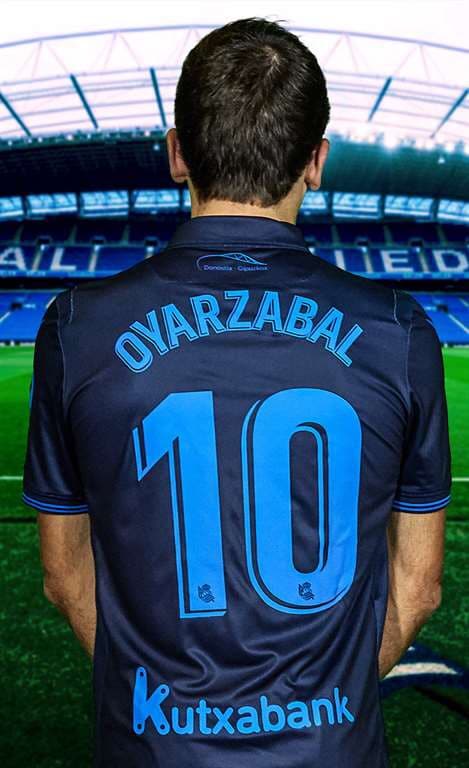 On the back of the neck is a blue graphic of the outside of the stadium with the lettering ‘Donostia Gipuzkoa’ beneath. 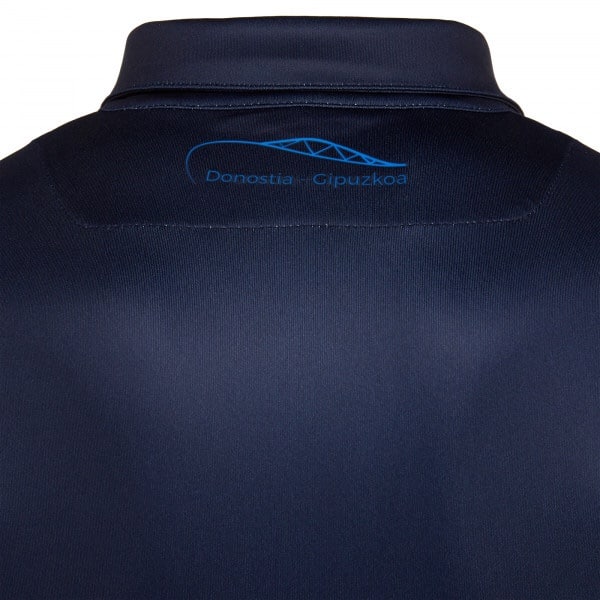 Navy shorts and socks with blue trim complete the Real Sociedad Anoeta Stadium kit which will be worn against C.D. Leganes later today and against Real Madrid on 23rd November. 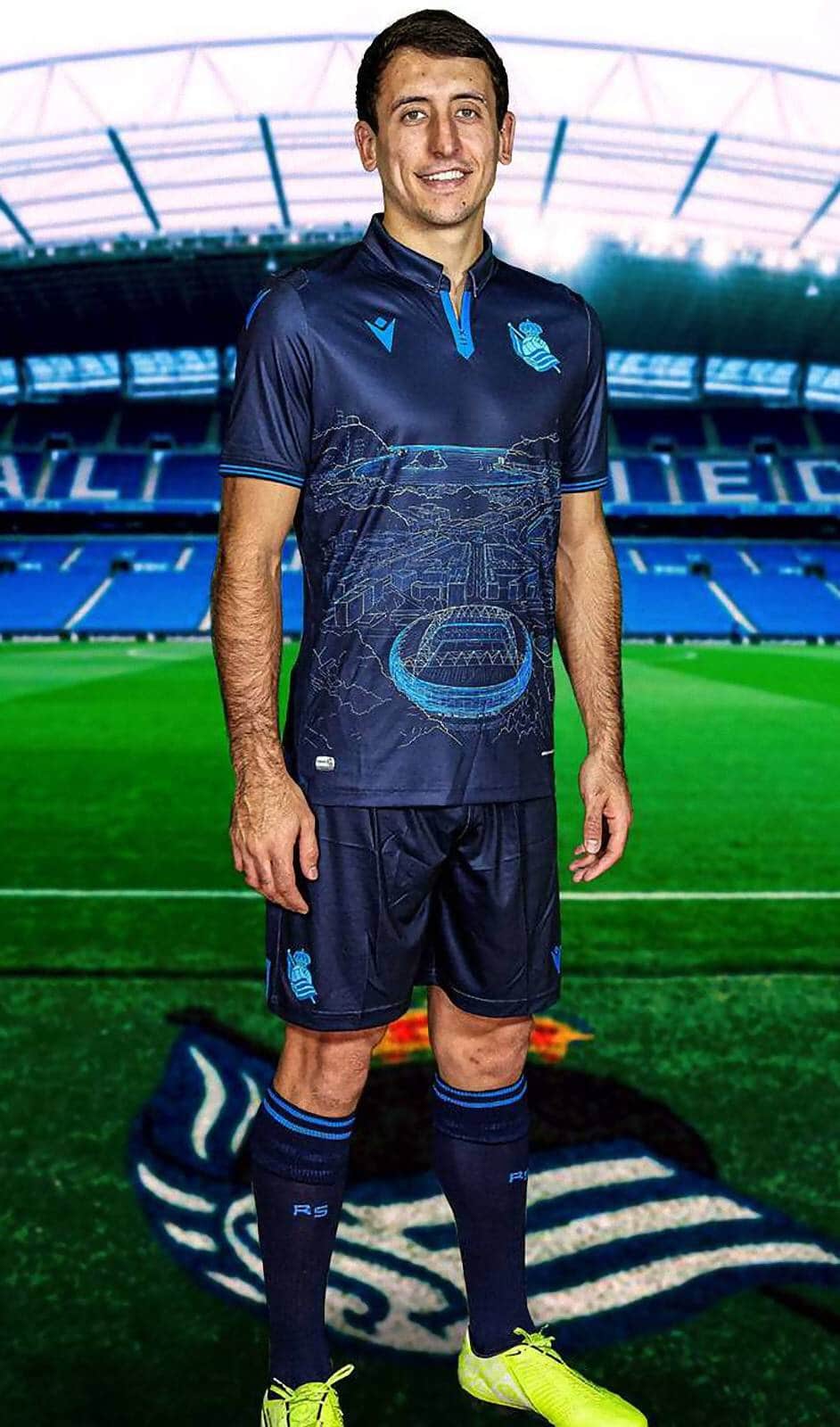 Only 4000 of these limited edition jerseys have been made available to the public.

Buy a classic Spain shirt from The Kitman!