Welcome to our 2nd edition of Shirt Sales, only two and half weeks down the line from our first update we are bringing you the latest offers from the official club shops of the 72 clubs that make up the Championship, League One and League Two.

Impressively there are 38 shirts with a better offer now than when we last looked, only 2 have increased in price, whilst there’s been a handful of restocks and a couple which have since sold out.

Again, hopefully we’ve saved you some time and we’ve picked out some of our favourite deals and shirts to look out for in the middle February, and be aware that not all of these are subject to change at the club’s discretion.

There are 18 shirt price drops across this division, as the deals are really opening up. Of the newcomers, you can pick up any of the Bournemouth shirts at half price (£25) including their impressive away shirt. The Rotherham United shirts were on sale beforehand, but these have now all been dropped by an extra £5 to £24 making them one of the cheapest shirts to buy in The Championship. 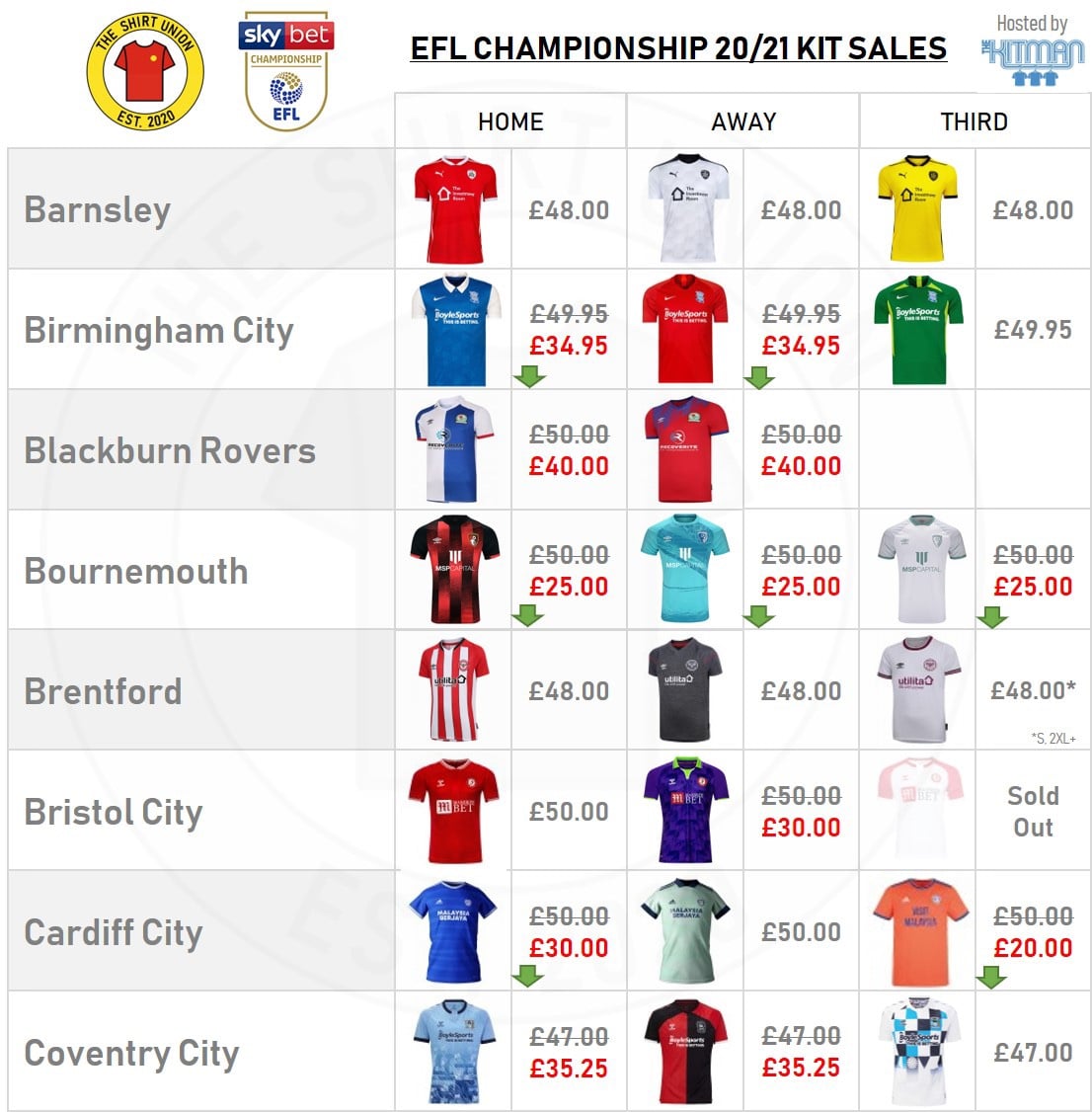 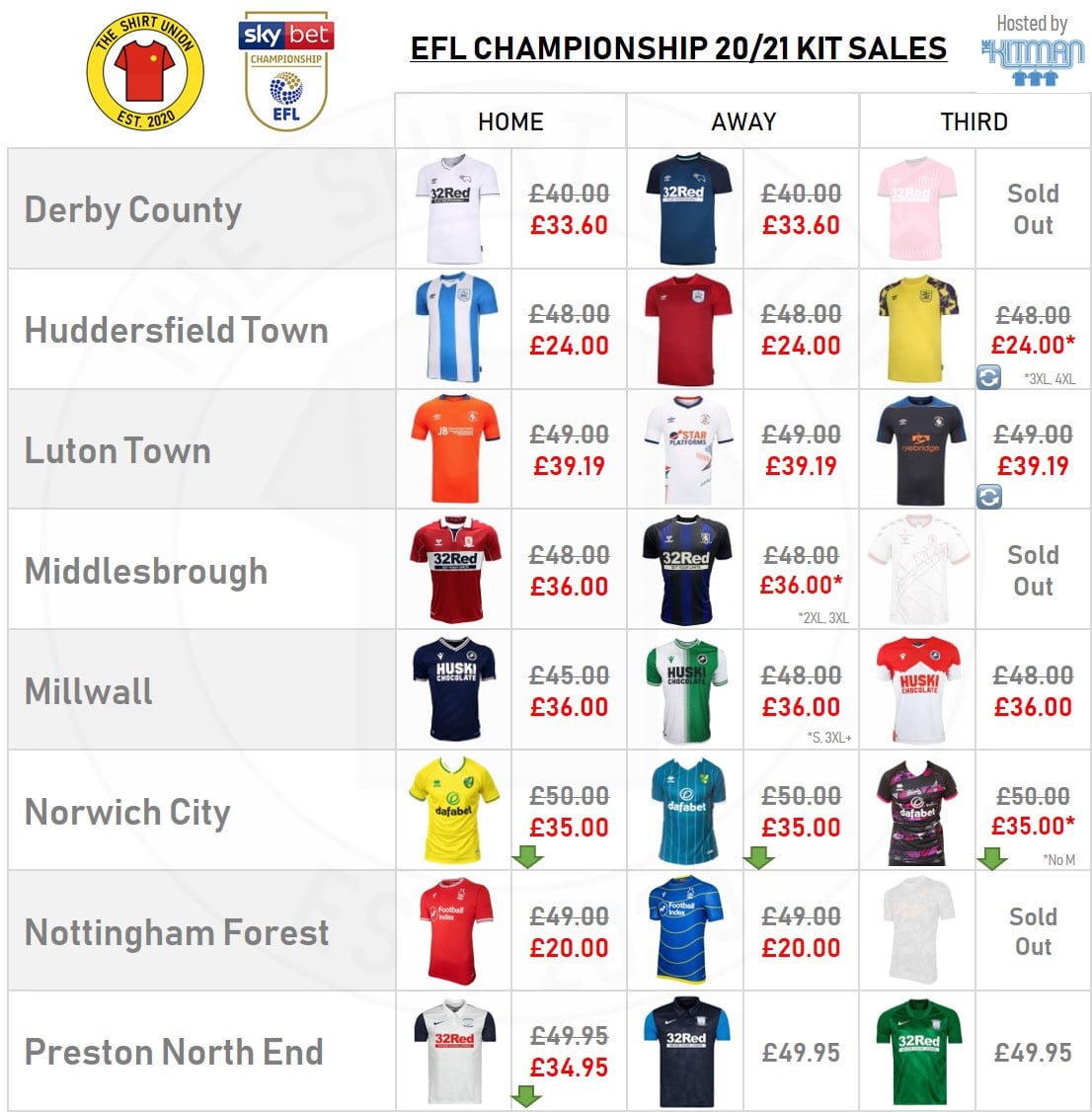 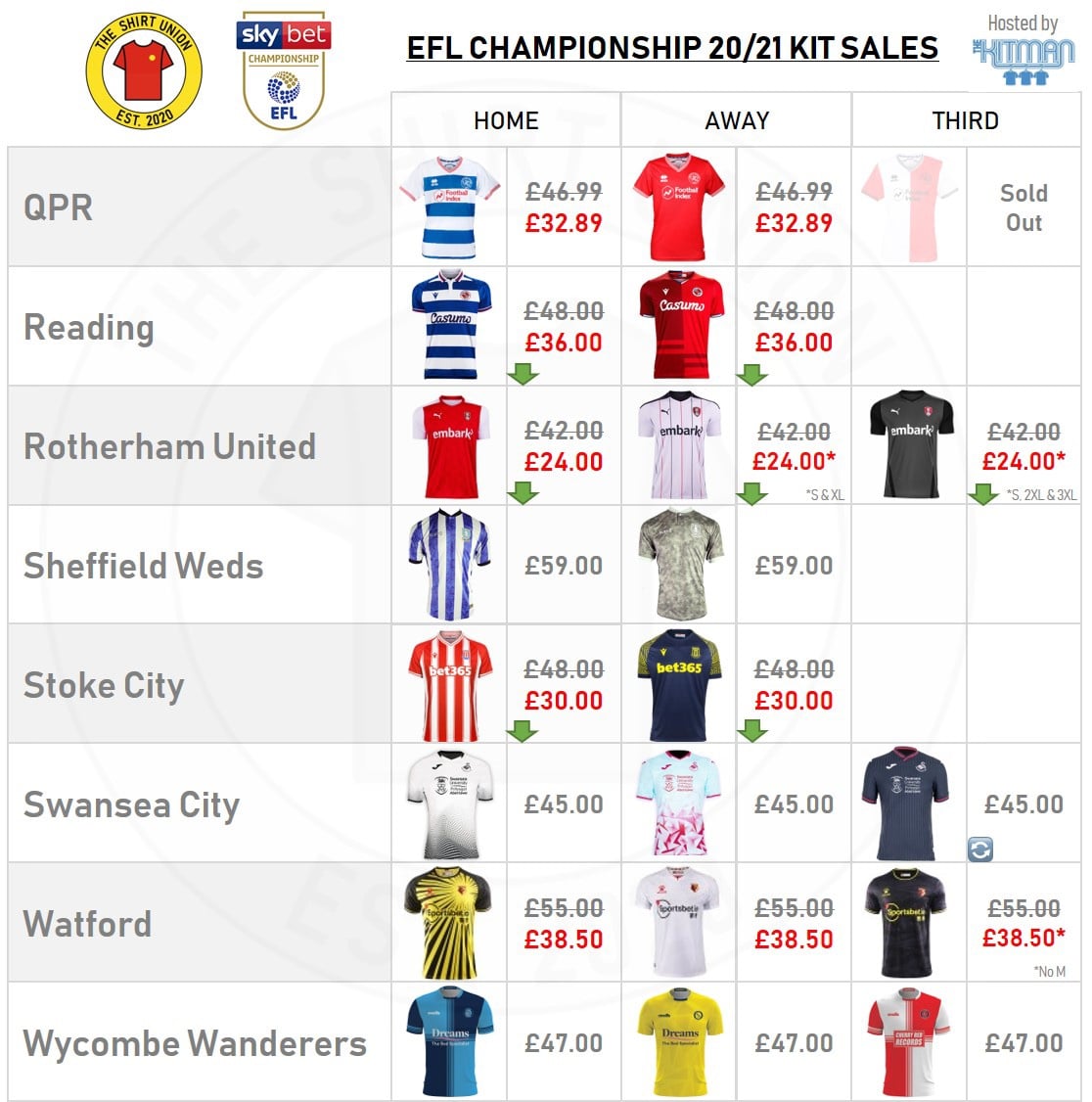 If you’re a fan of a pinstripe shirt like me, then you might be interested to see that the Plymouth away shirt is now available under £30 thanks to their 30% off deal. Another pinstripe delight is Lincoln City’s 90s vibe home shirt which is half price (£22.50) over this weekend – unfortunately the sizes are a bit limited, but it’s a brilliant shirt. 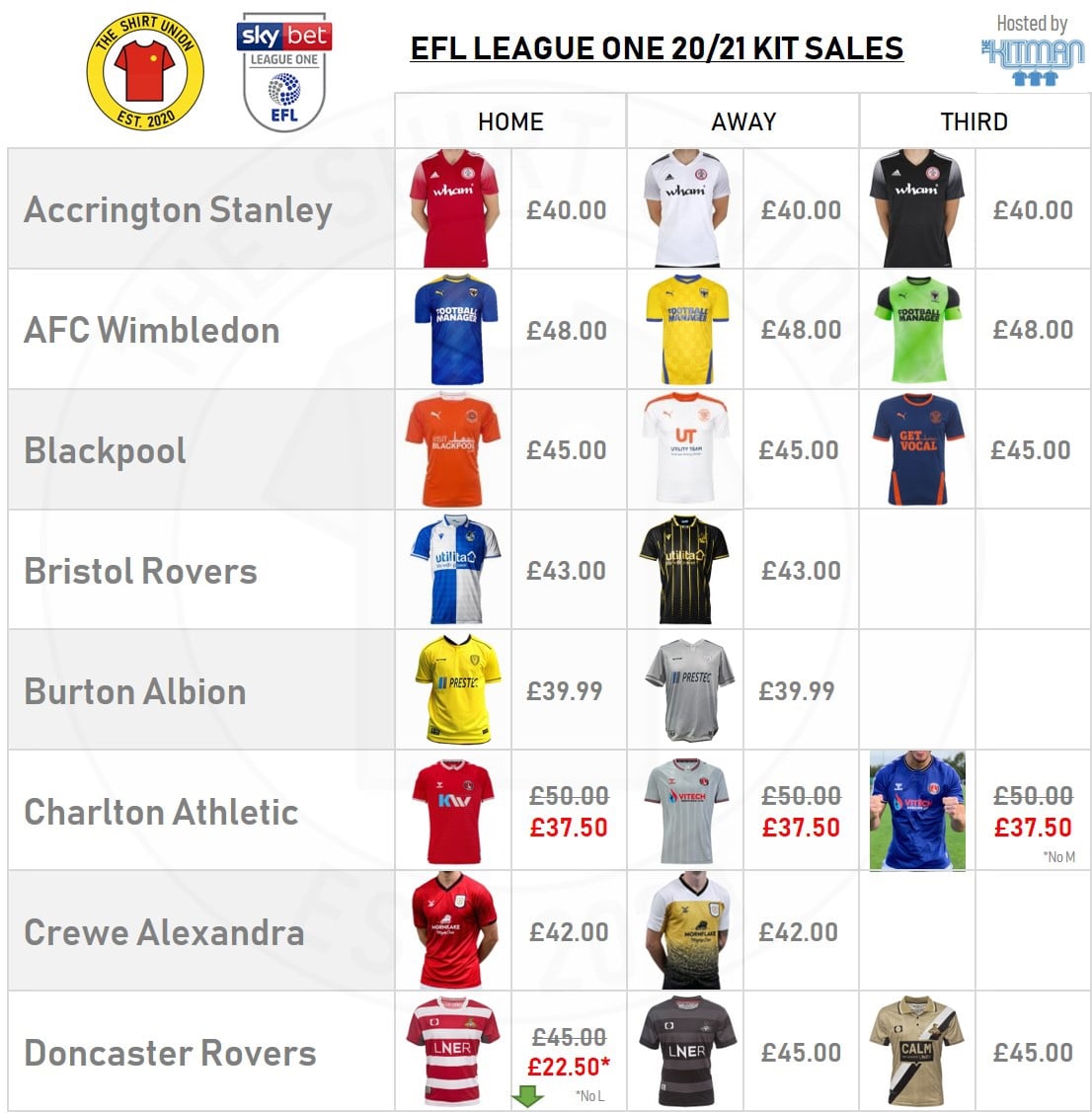 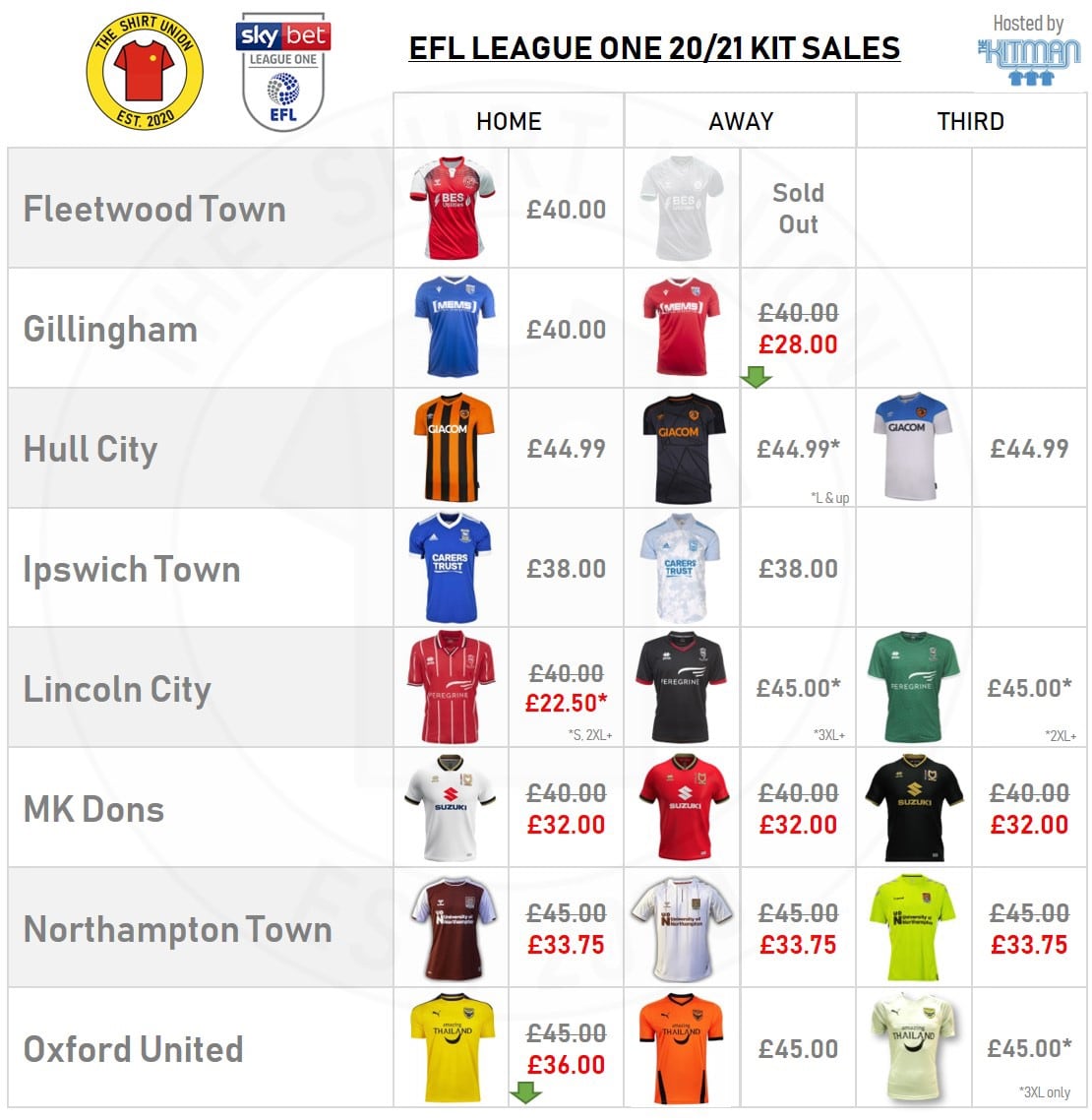 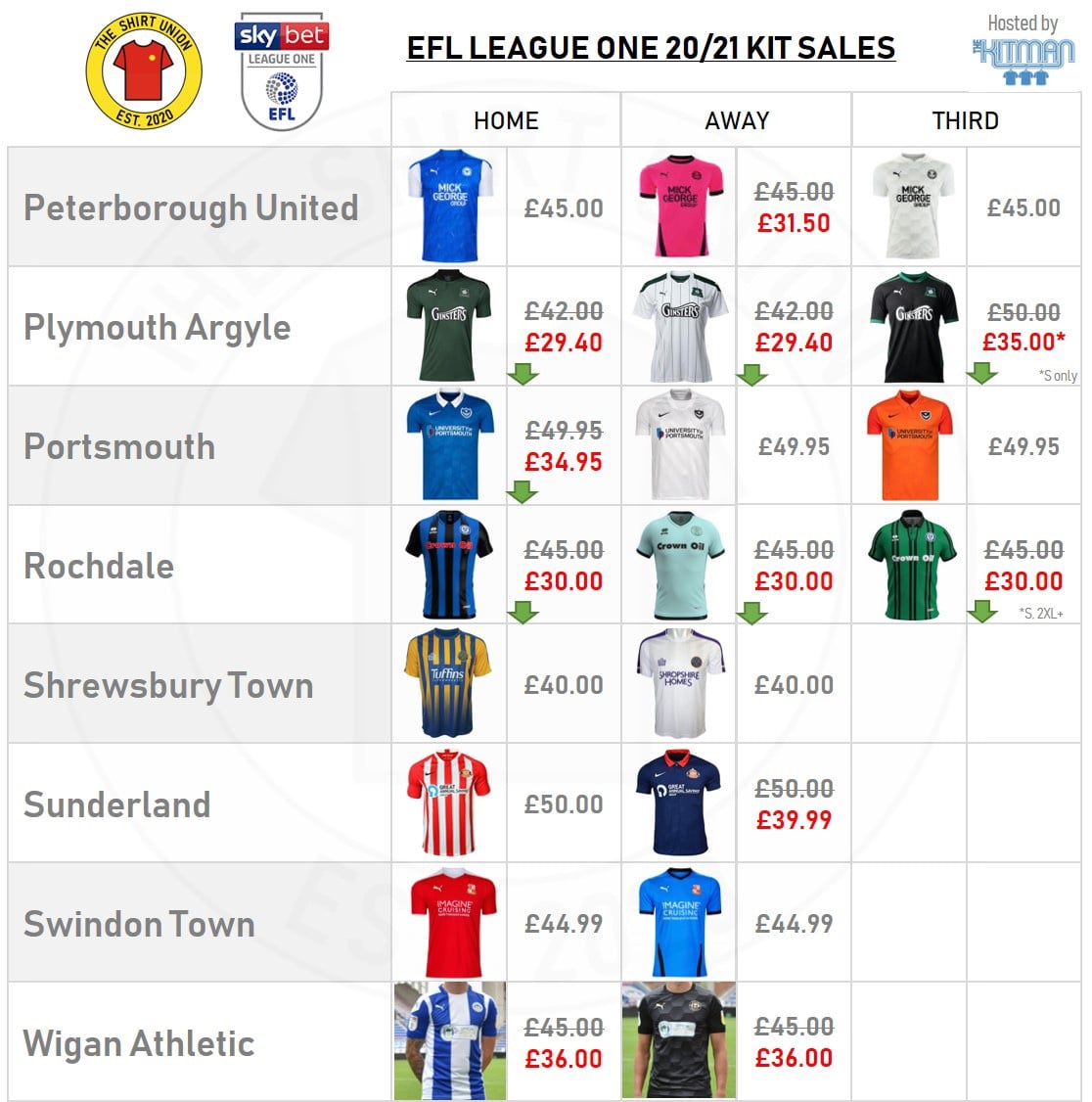 Bolton Wanderer’s home shirt joins the bargain basement prices and can now be purchased at £19.99. Personally, I’d rather spend a little more on a better looking shirt which is why I’m delighted to see that Southend United have restocked their very impressive Hummel away shirt and is still on offer at £33.75.

Finally can’t go without mentioning Forest Green Rovers’ flash sale this weekend which sees their shirt priced halved (£20) for both their home and away zebra strips, but watch out for some dodging delivery costs as they supposedly jump from £6 for one shirt to £11 for two. 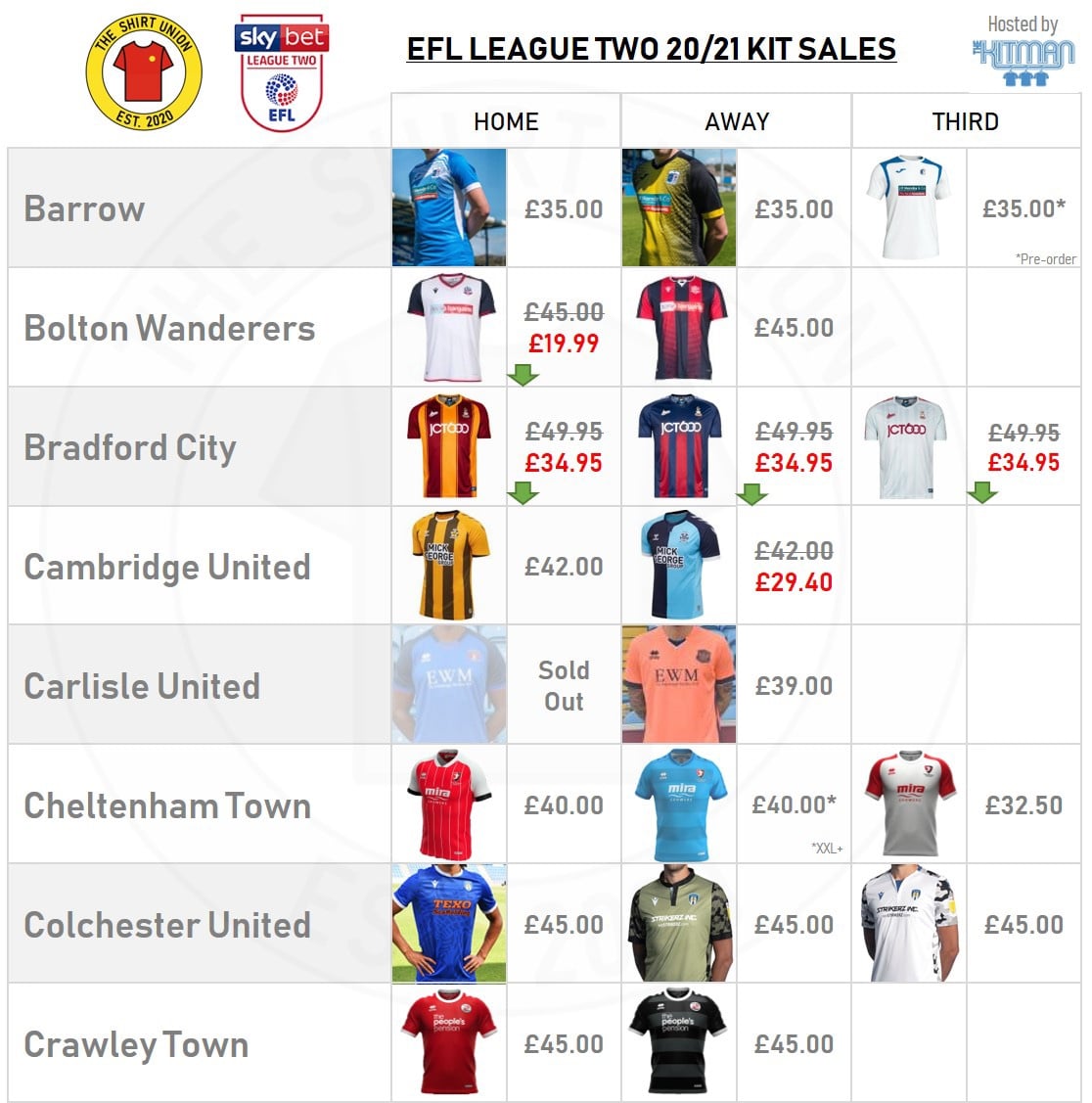 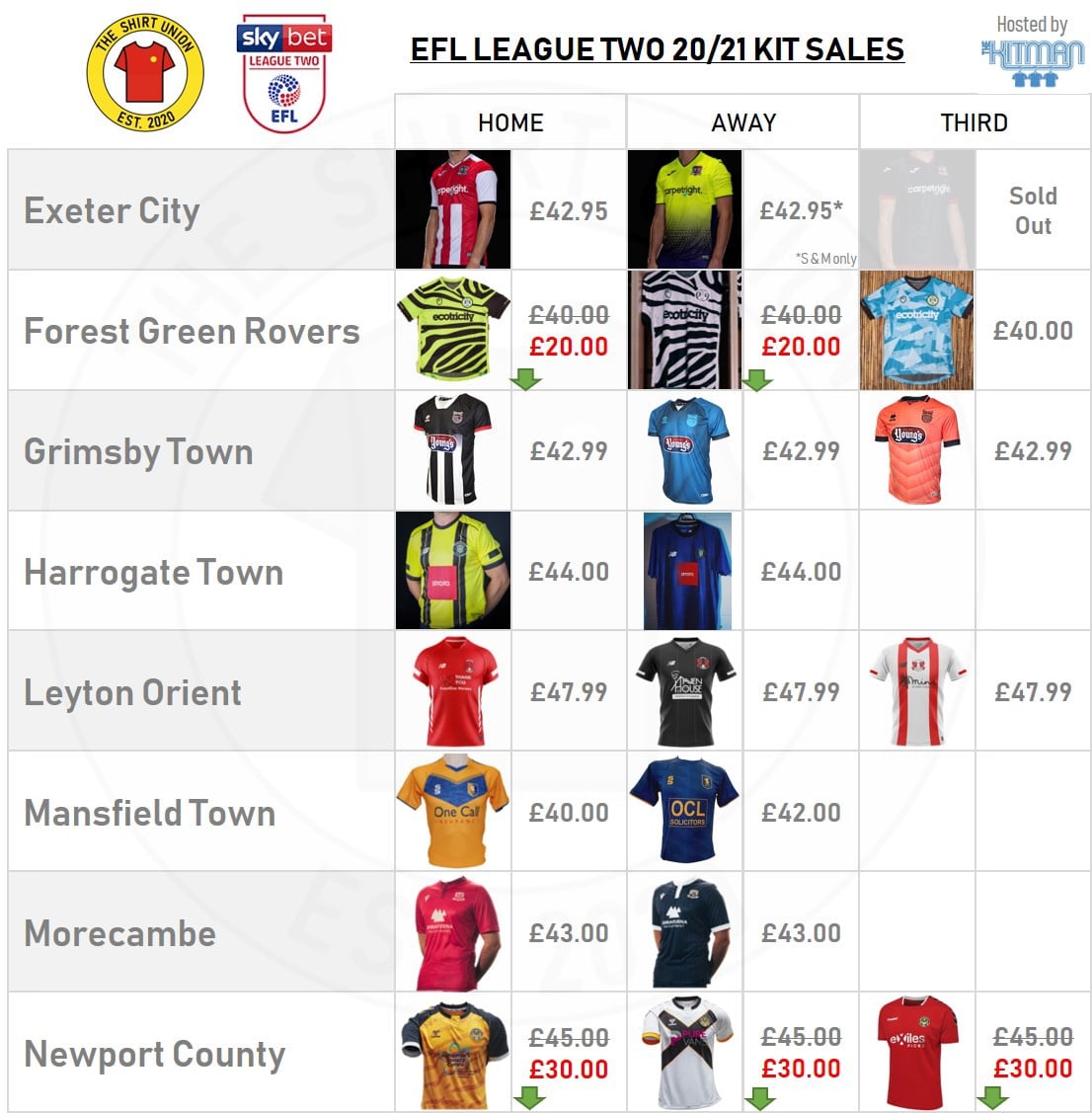 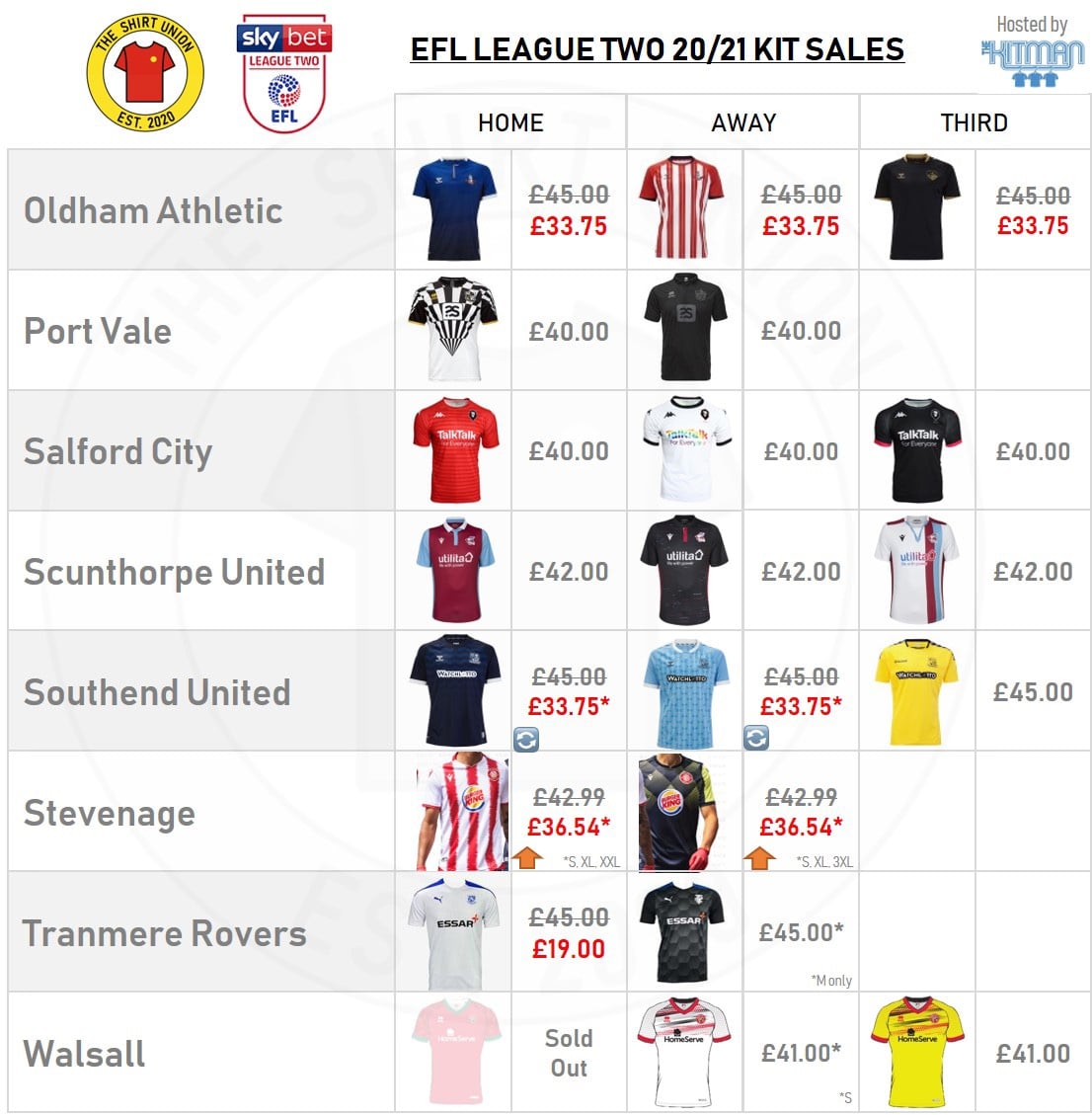 Tom (one half of @TheShirtUnion)