Football kit news from the K League 2 in South Korea as the new Seoul E-Land FC 2020 New Balance kits have been officially unveiled. 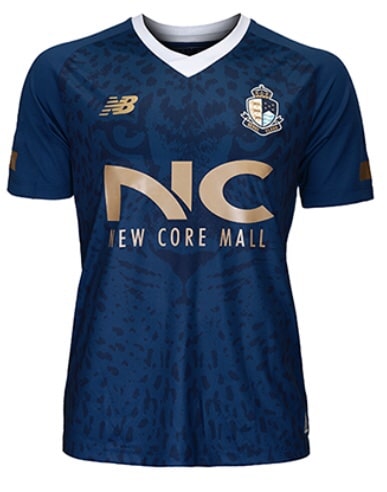 The 2020 Seoul E-Land home jersey is predominantly navy with a subtle tonal graphic on the front of a leopard. 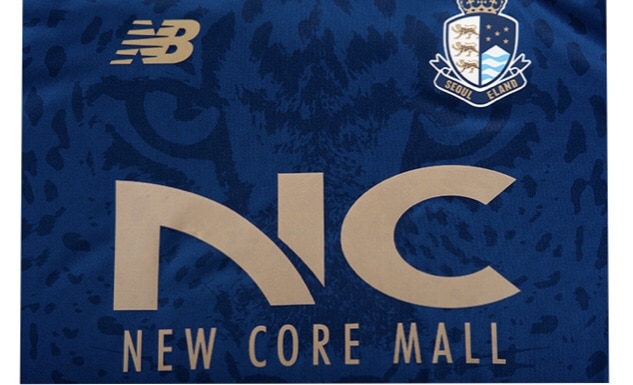 Both the New Balance logo on the right breast and the NC New Core Mall shirt sponsor are coloured gold as is the stripe on the side of both cuffs. 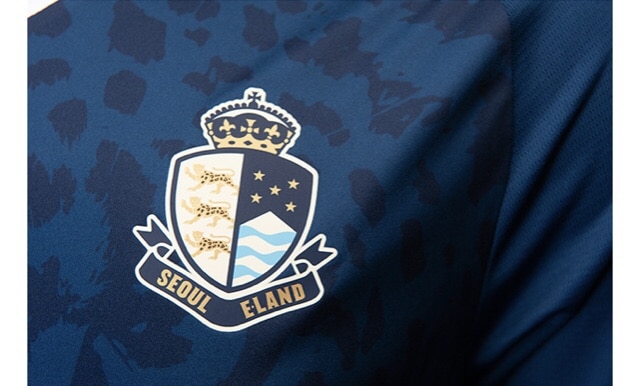 On the left breast is the Seoul E-Land badge. 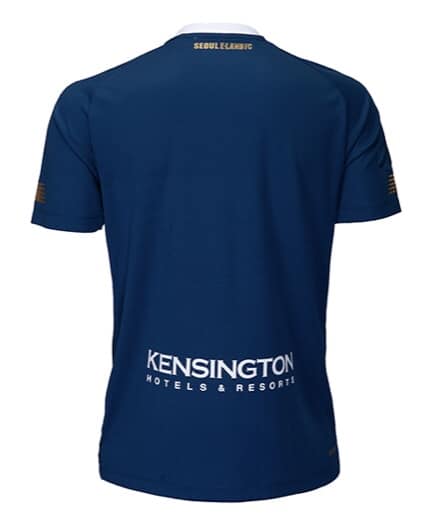 Unlike the front of the jersey the back doesn’t feature a graphic of the leopard and remains plain.

Gold Seoul E-Land FC lettering appears on the back of the neck. 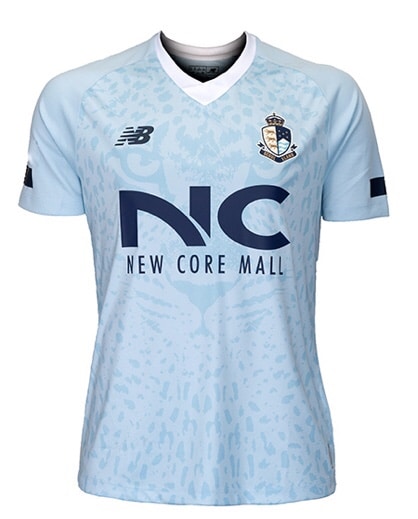 The 2020 Seoul E-Land away shirt has the same template as the home jersey but sky blue is the primary colour whilst navy is the secondary colour. 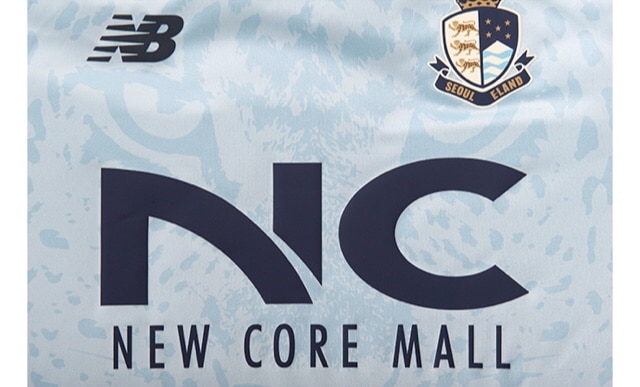 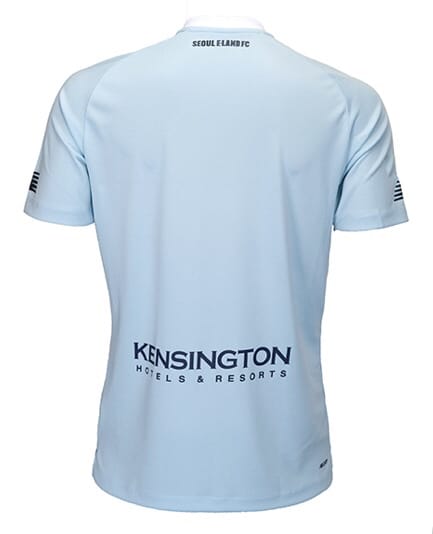