Football kit news from Brazil as the new São Paulo 2019-20 home kit made by Adidas has been released. 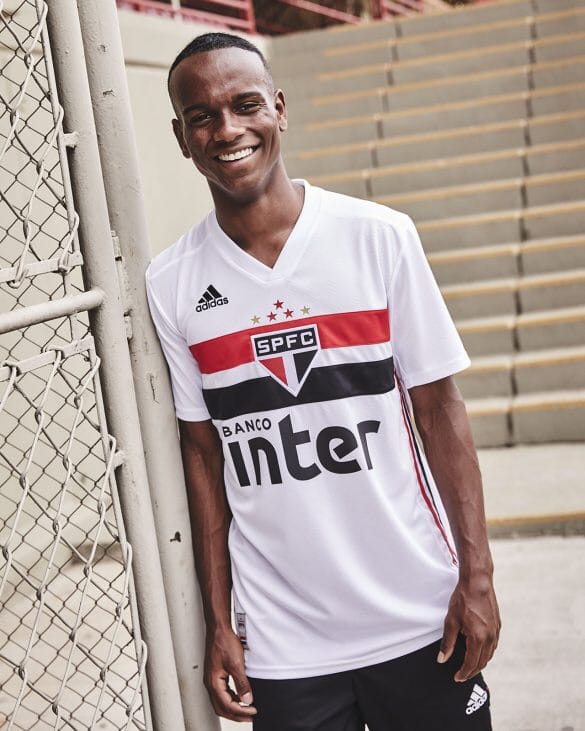 The 2019 São Paulo home jersey is white with the familiar red, white and black tri colour chest band. In the centre of the band is a large SPFC badge. 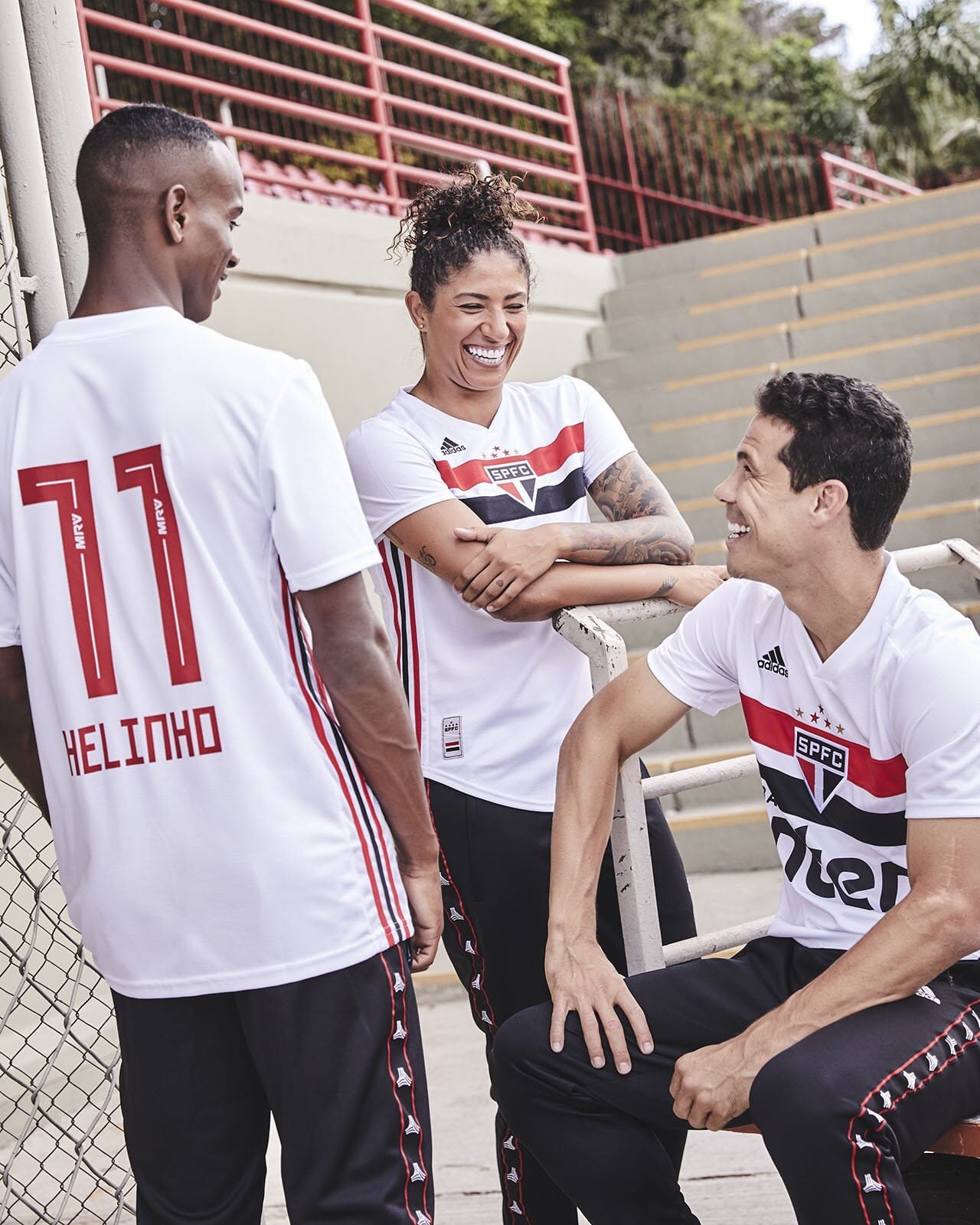 Both the Adidas logo on the right breast and the Banco Inter shirt sponsor beneath the chest band are coloured black.

Alternate red, black and red Adidas stripes run down the sides of the soccer jersey. 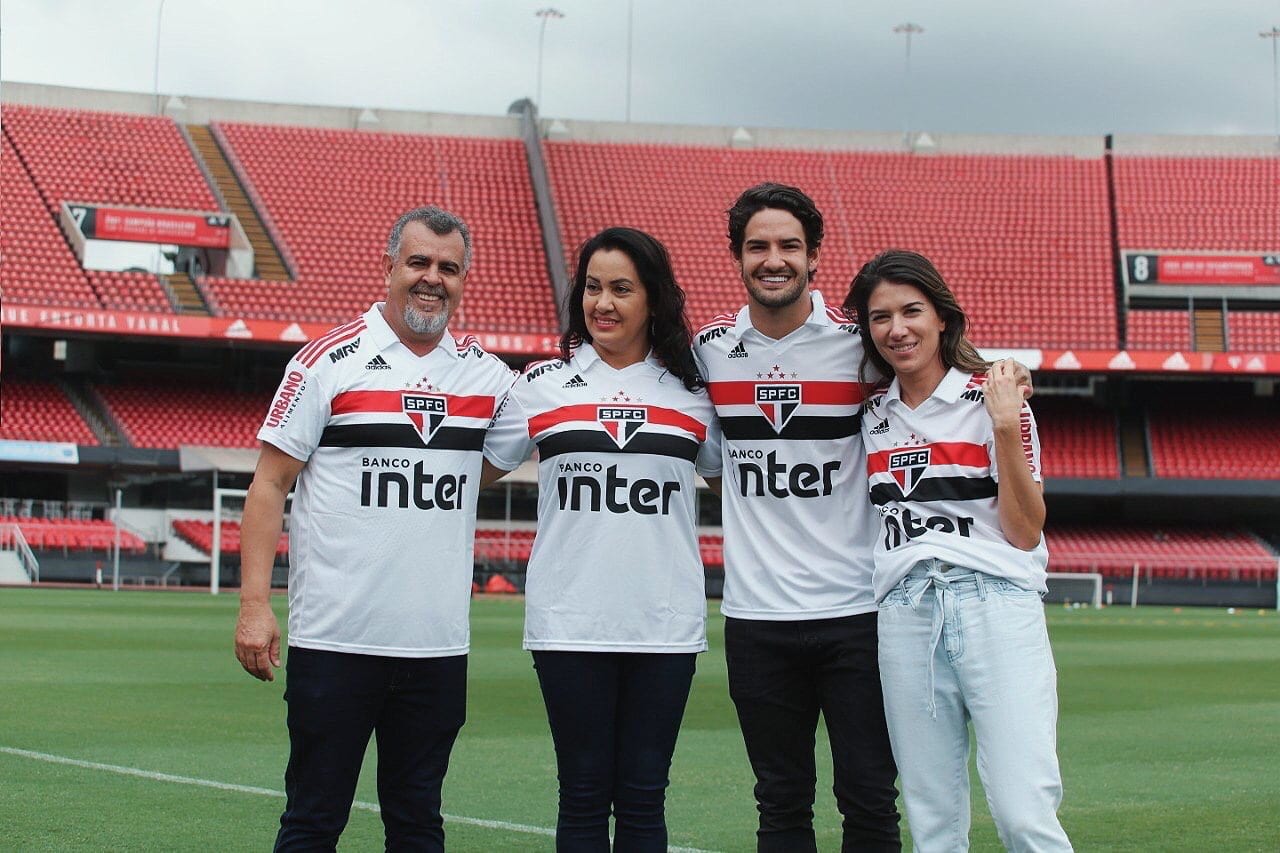