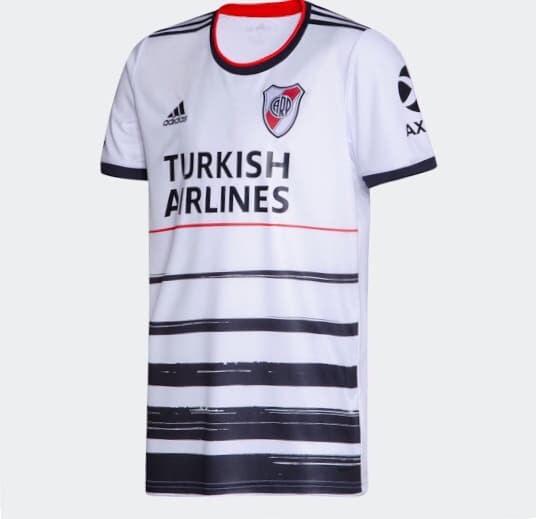 To mark winning the Copa Libertadores 2018 a year ago today against arch rivals Boca Juniors, River Plate have released a third third shirt that has a white base colour with brush stroke effect stripes that gradually get thinner as they go up the jersey. 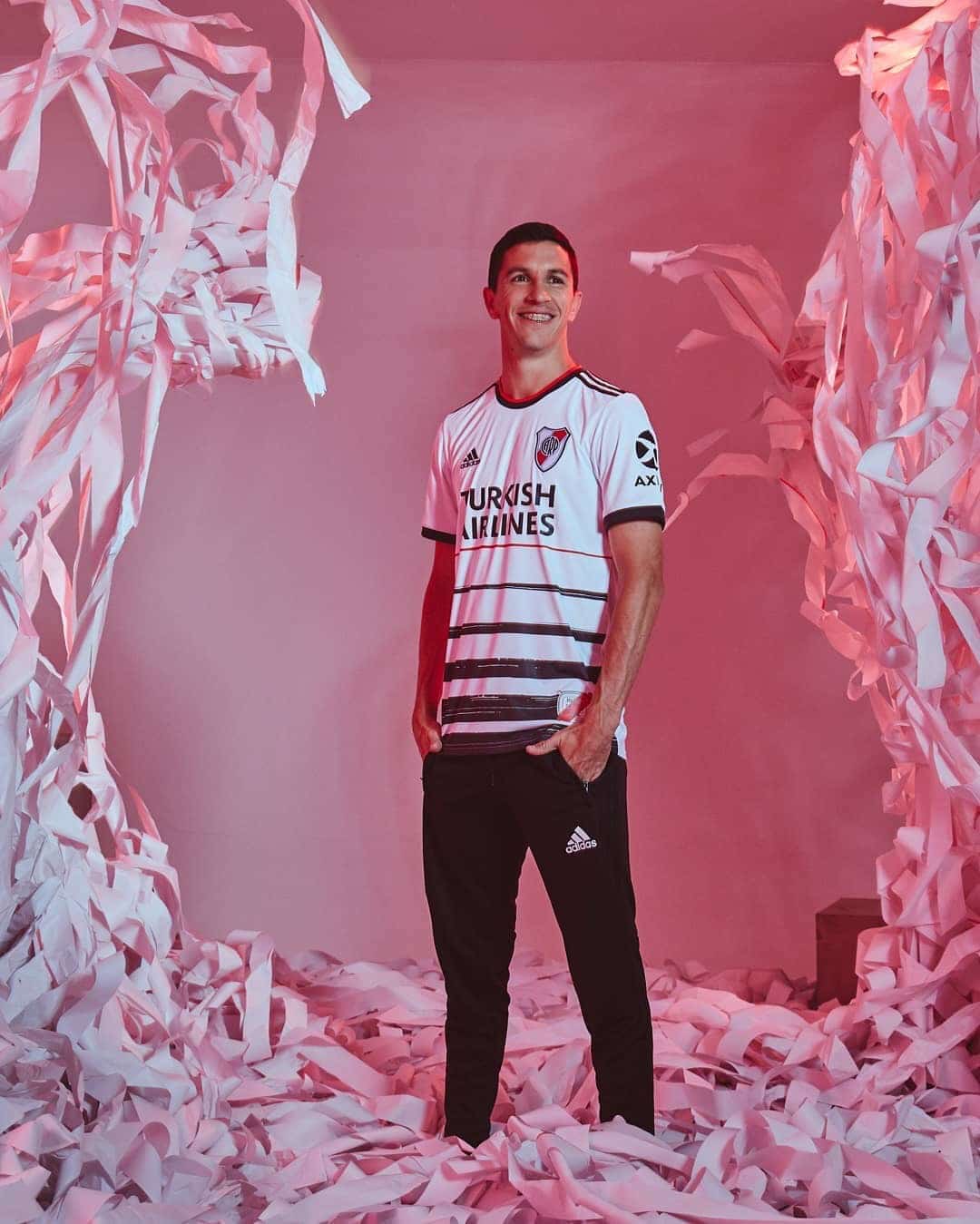 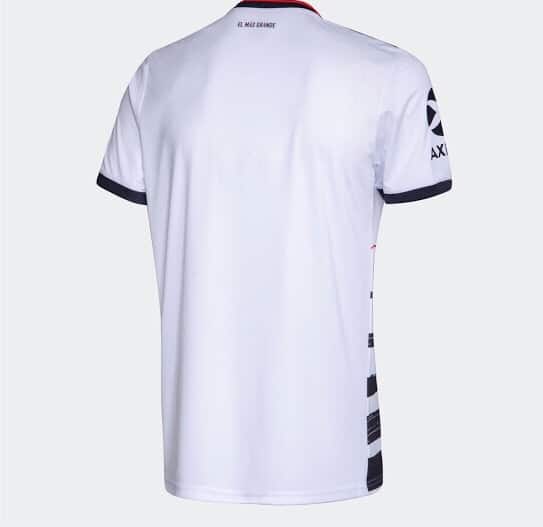 A white tag with a red sash running diagonally across it appears in the bottom left corner of the front in the shape of the Santiago Bernabéu where the 2018 Copa Libertadores was held. 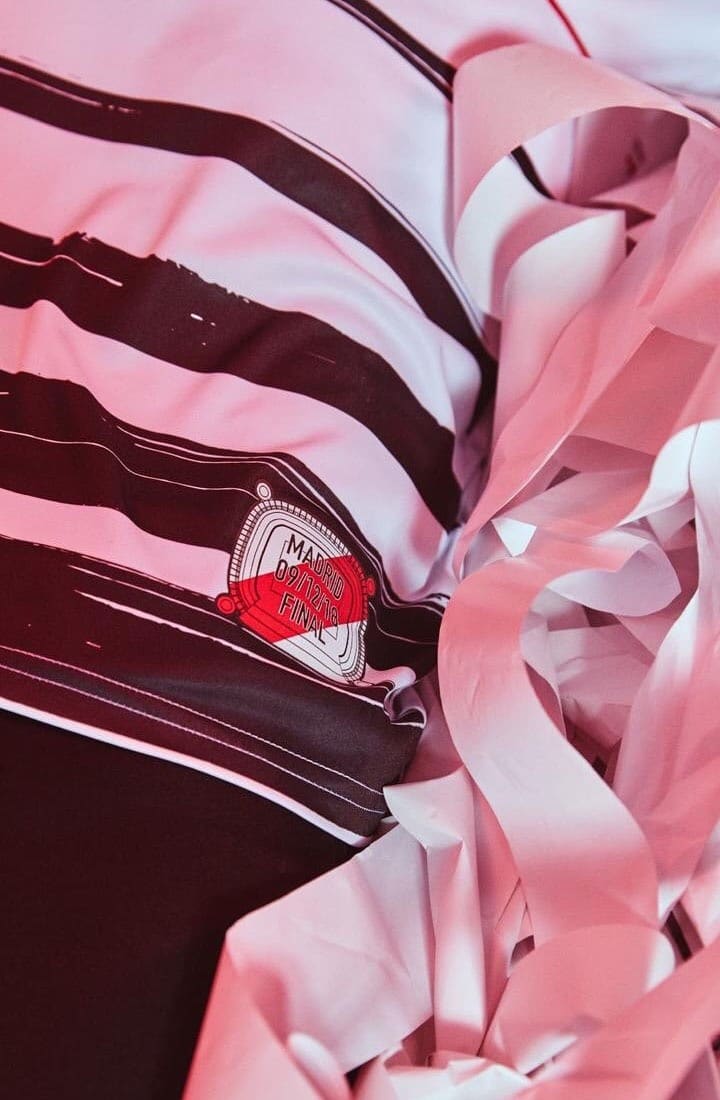 In another nod to the final in Madrid is the players squad numbers that feature images of last years final. 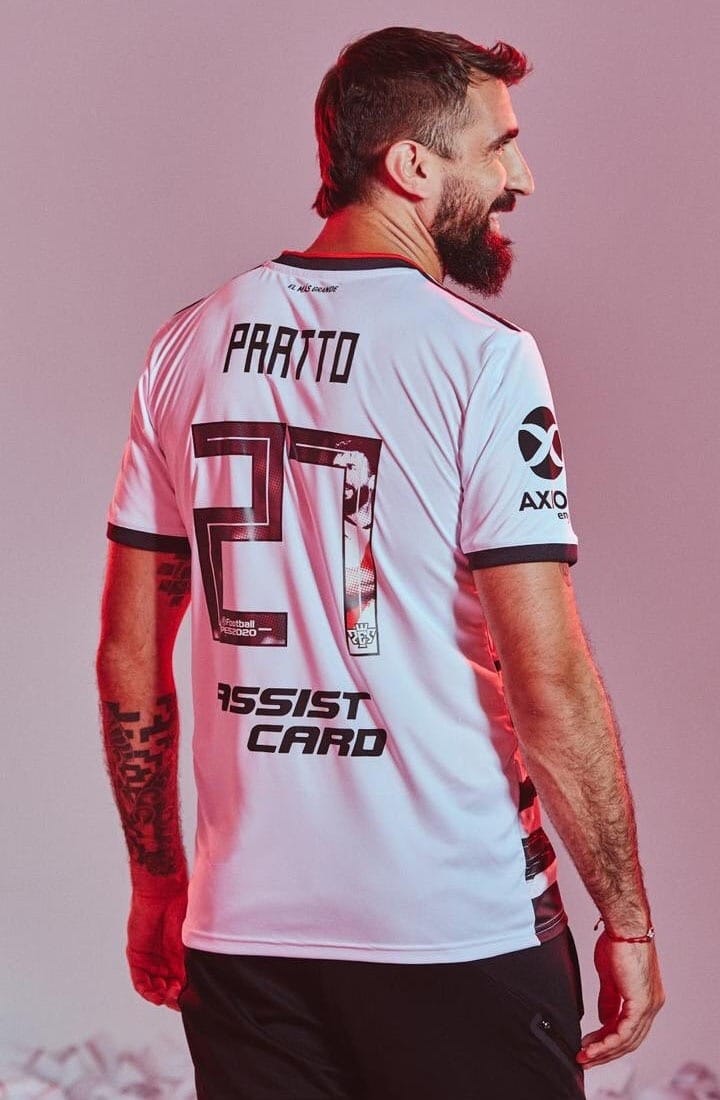