Football kit news from the Sky Bet Championship as the real Umbro Huddersfield Town home kit 2019-20 has been revealed.

Earlier this week Huddersfield Town released what was thought to be their new 2019-20 home kit that featured the Paddy Power logo running diagonally across the jersey. The shirt received a lot of media attention and a number of football shirt fans questioned its authenticity as the sponsor didn’t meet with FA guidelines. Huddersfield Town even wore the controversial shirt during a preseason friendly against Rochdale.

It’s now been revealed that the stunt was part of Paddy Power’s new ‘Save Our Shirt’ campaign which effectively wants to see unbranded football kits. As part of the campaign new Huddersfield Town shirt sponsor Paddy Power have relinquished their advertising space in the centre of the new shirts. 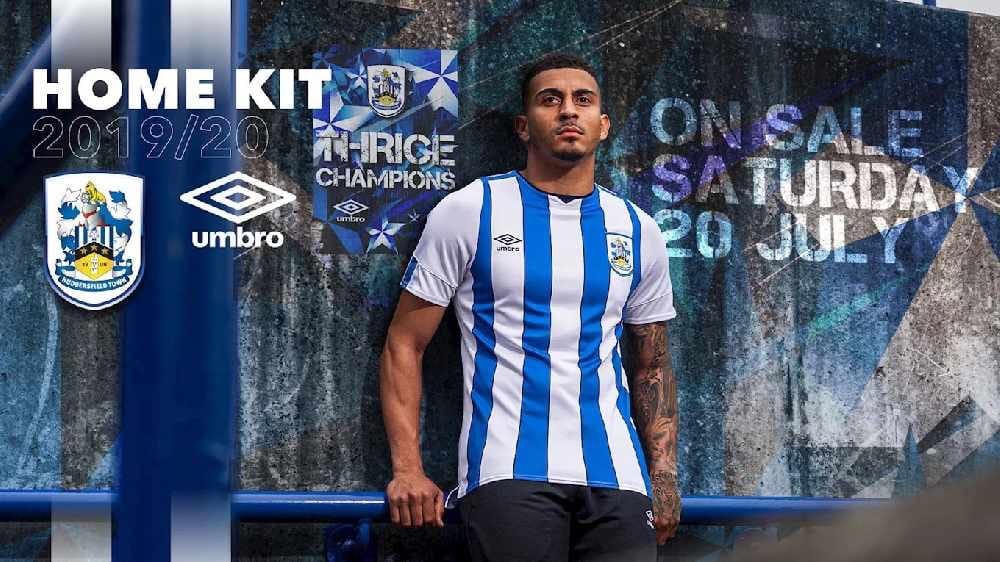 The 2019-20 Huddersfield Town home shirt is made up of blue and white stripes with a navy pinstripe separating each stripe. 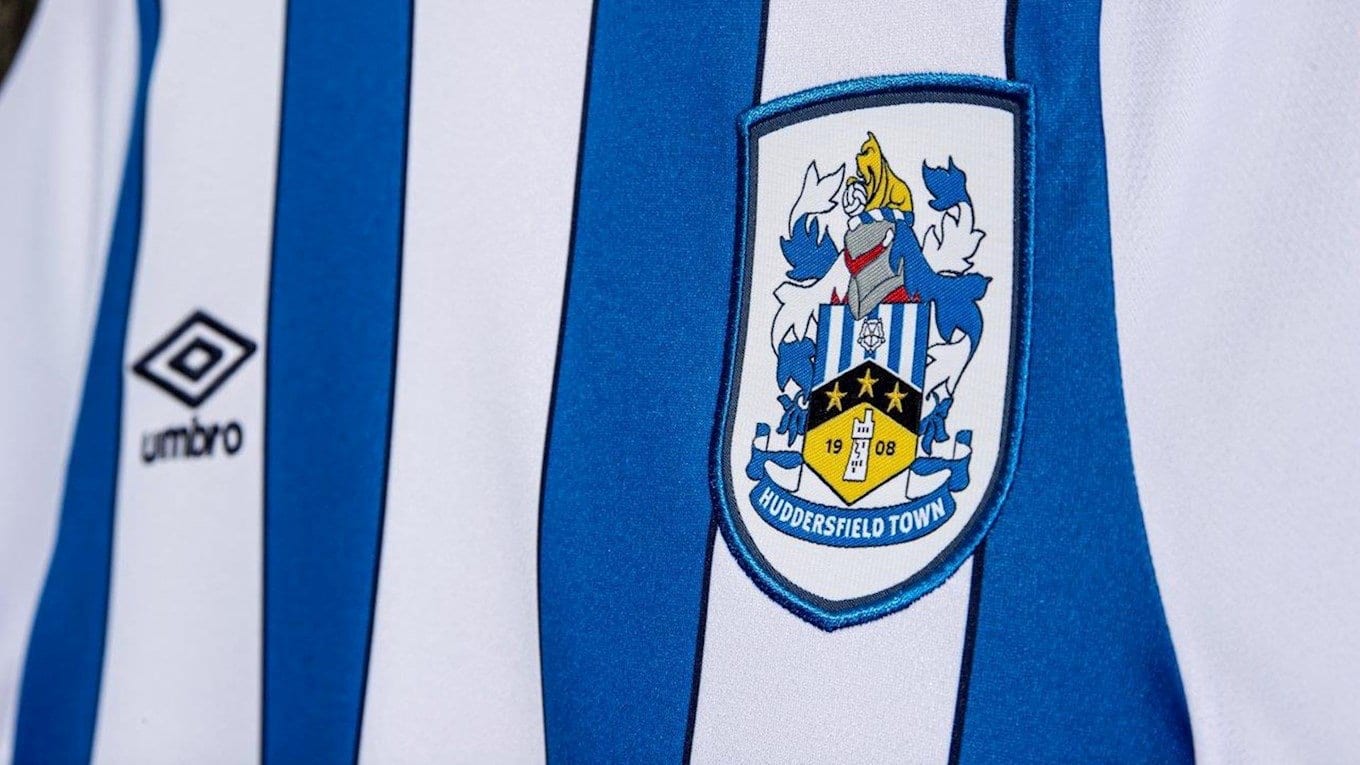 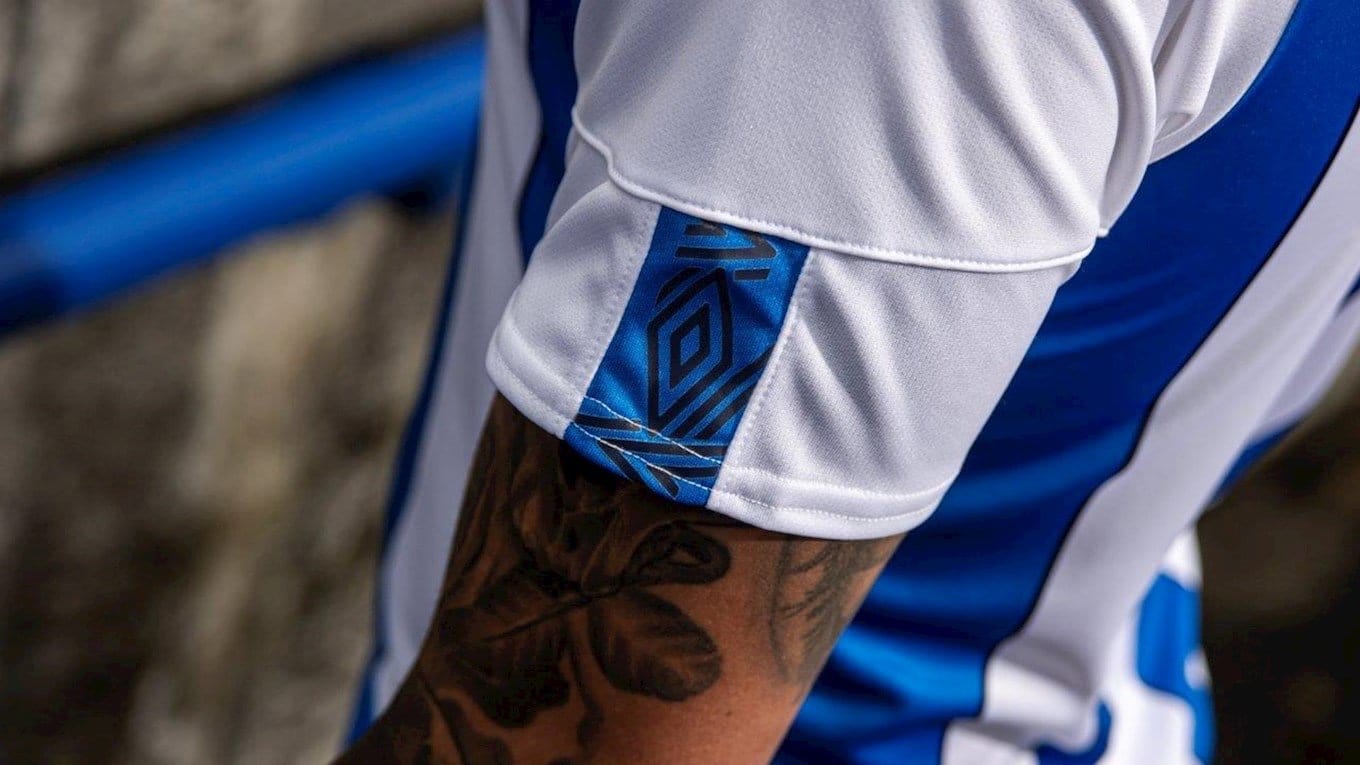 A blue stripe appears on the side of the cuffs with a navy Umbro pattern. 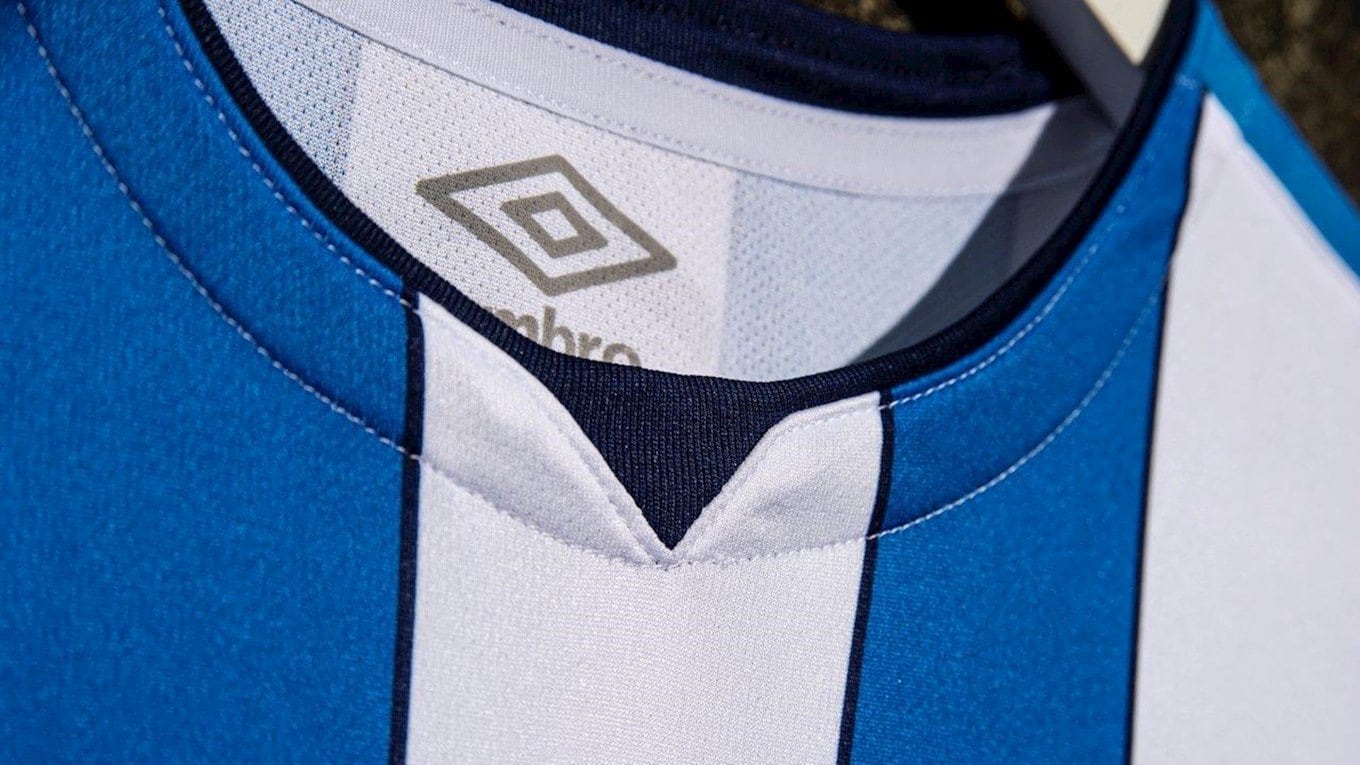 Finally the trim on the collar is also coloured navy.