Following on from yesterday’s leaked images, today the new Rangers FC 2019-20 home kit made by Hummel has been officially revealed. 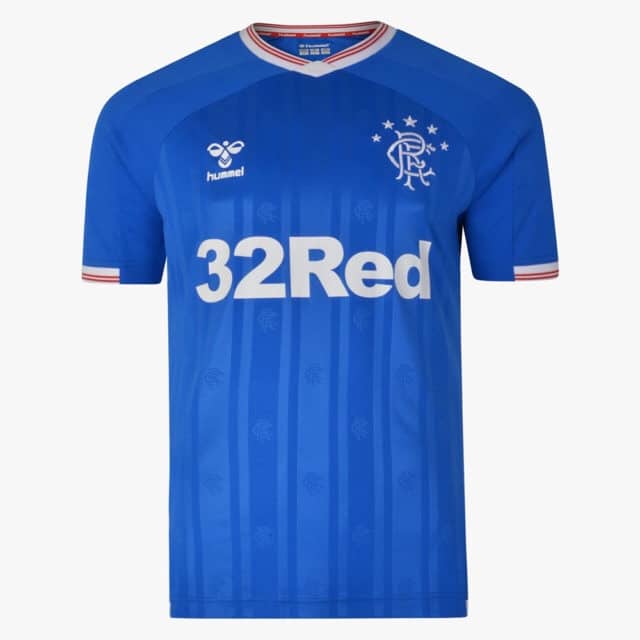 The 2019-20 Rangers home shirt has a Royal blue base colour with subtle stripes running down the jersey that vary in thickness. Several embossed Rangers logos appear on the stripes. 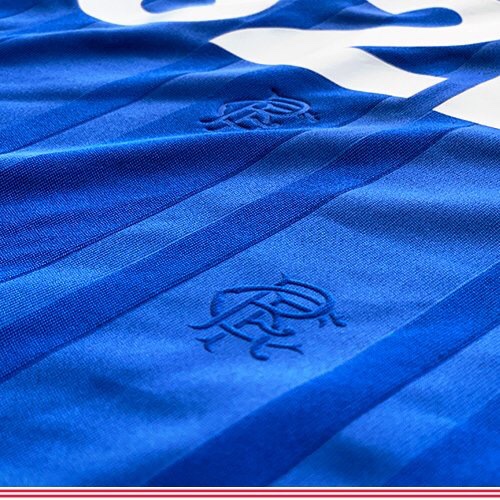 The collar and cuffs are coloured white with thin red trim whilst the four Hummel chevrons on the shoulders and the Hummel logo on the right breast are also coloured white. 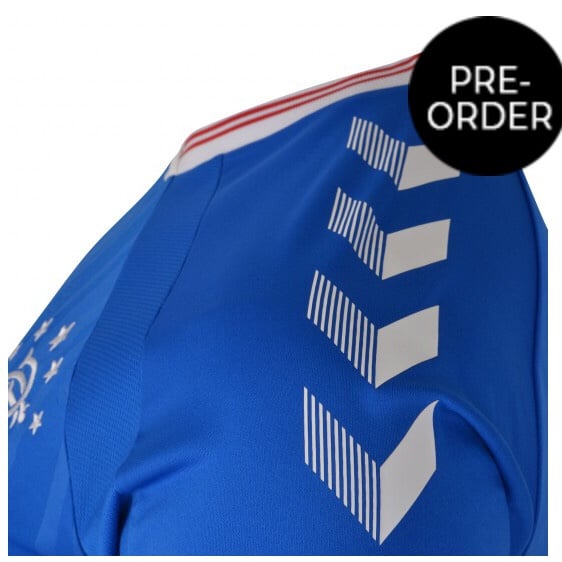 Rangers crest appears on the left breast whilst 32Red have their name in the centre of the football shirt. 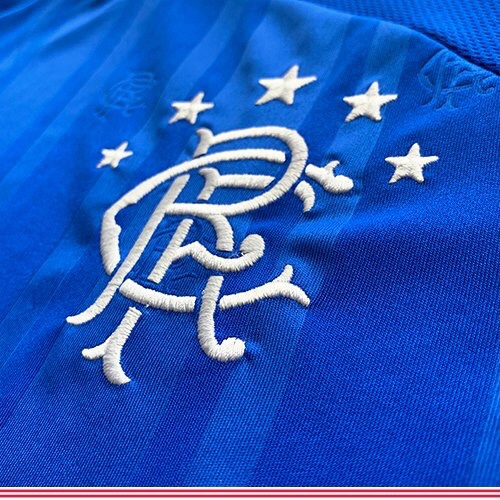 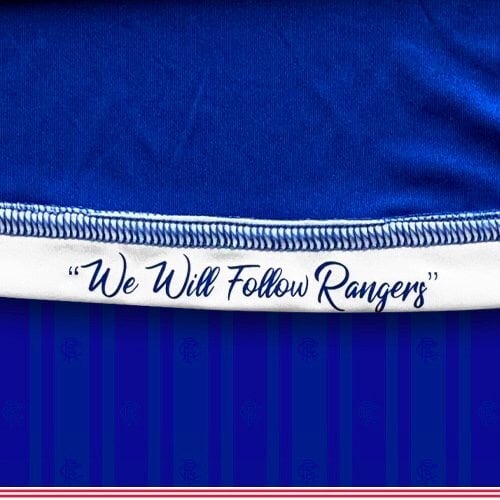 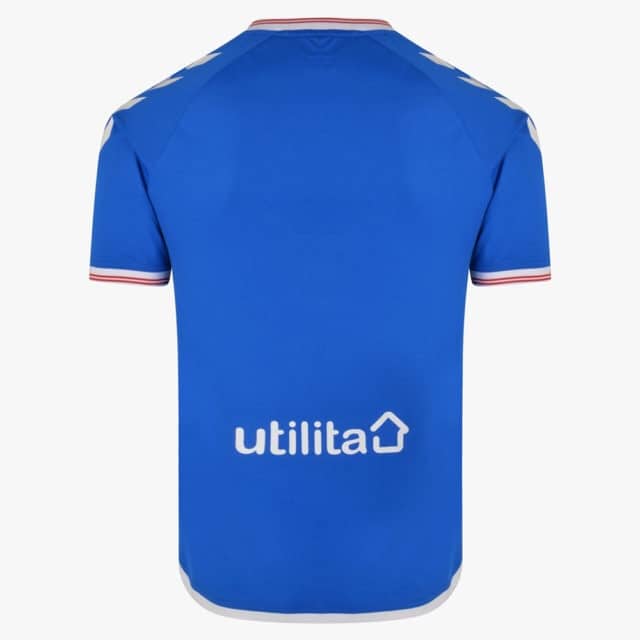