Kit news from the SPL in Scotland as the new Rangers 150th anniversary crest was revealed yesterday. 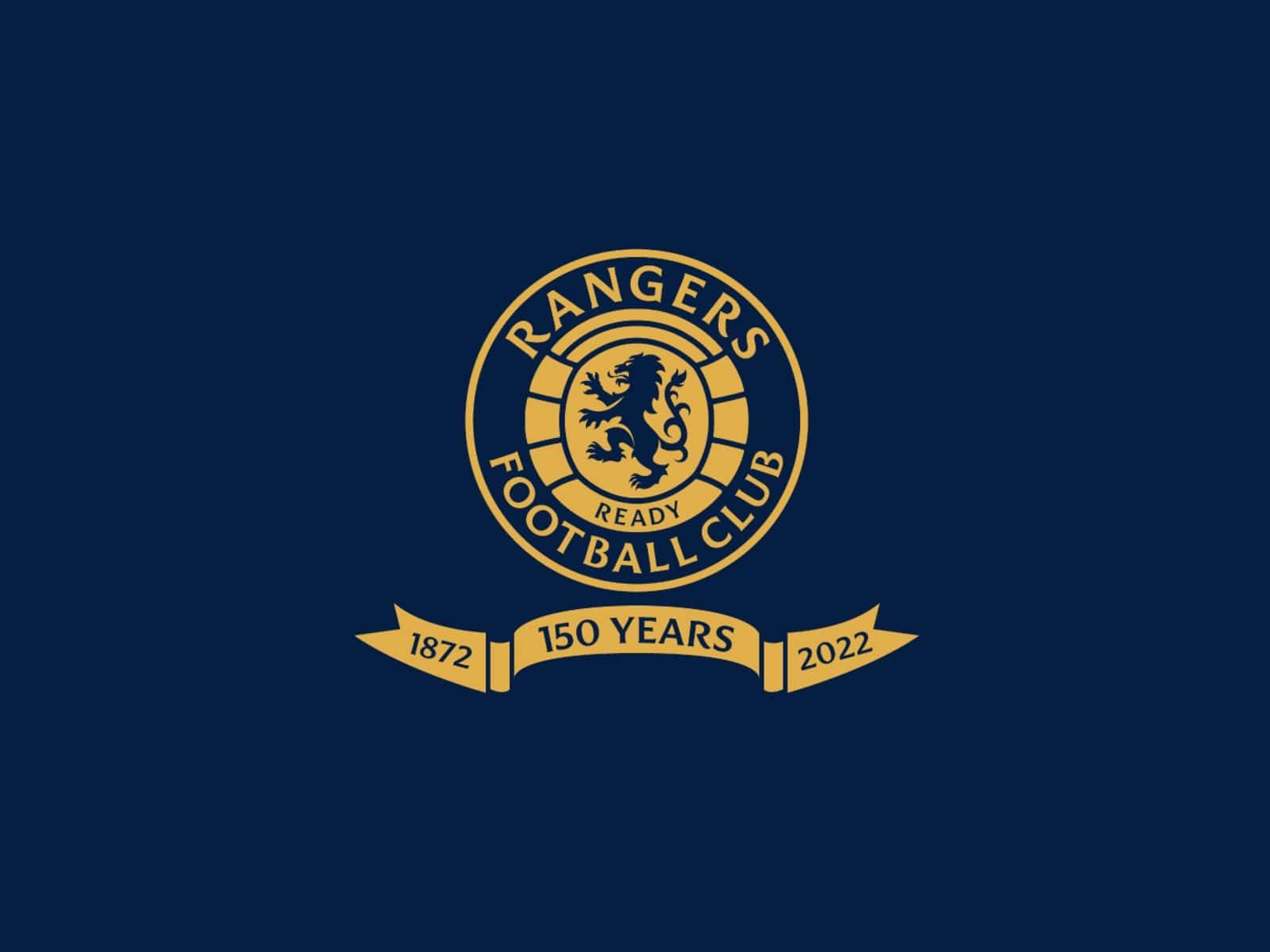 In 2022 Rangers will celebrate their 150th anniversary and to mark the occasion the club have unveiled a special crest.

The Rangers 150th anniversary crest is gold and features a scroll ribbon underneath with the year 1872 on the left and 2022 on the right. In the centre is 150 years.

Rangers Chairman Douglas Park said, “Rangers are delighted to unveil our 150th anniversary crest – the first major milestone as we count down to the celebrations of being the first major European club to reach such a landmark.”

“Supporters are at the heart of everything we do, and that will be no different as we mark our 150th year. The backing we have had from season ticket holders, hospitality clients, and MyGers members since its launch last year has been phenomenal. It is just wonderful to see that loyalty rewarded with success on the park.”

The commemorative crest will appear on the 2021-22 Rangers kits as well as the 150th anniversary clothing collection.