News from the English Premier League this morning as the new Puma Newcastle United 2019-20 home Kit has been officially unveiled. 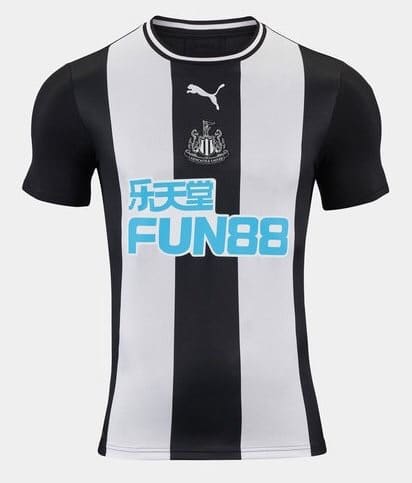 The 2019-20 Newcastle United home shirt is inspired by that worn by the Magpies during 1969 when they won the Inter-Cities Fairs Cup.

The Newcastle United home shirt 2019-20 is predominantly black with two thick white stripes on the front.

Just like the 1969 Newcastle Utd shirt the jersey features a black round neck collar with white trim. 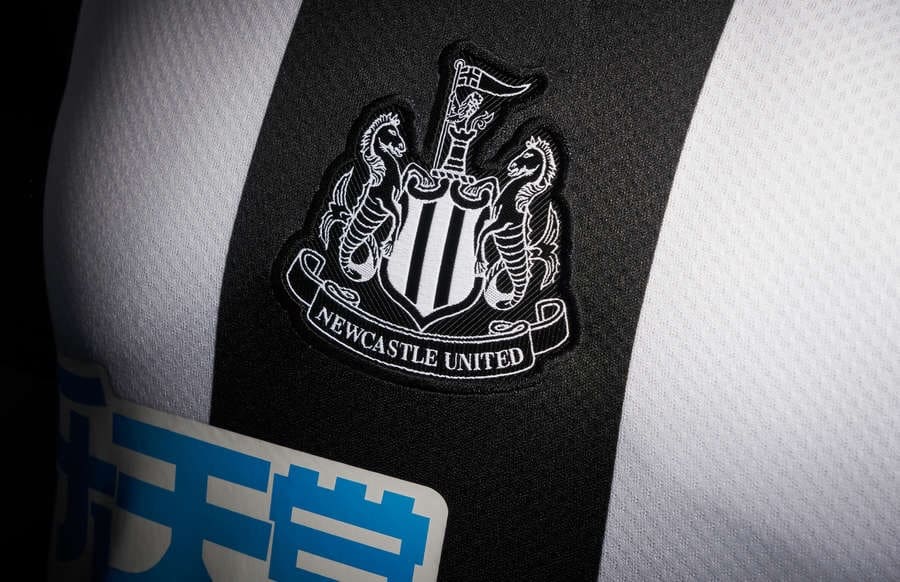 A white Puma logo is placed beneath the collar with a tonal Newcastle United crest beneath that.

Fun88 have their logo in the centre of the football shirt. 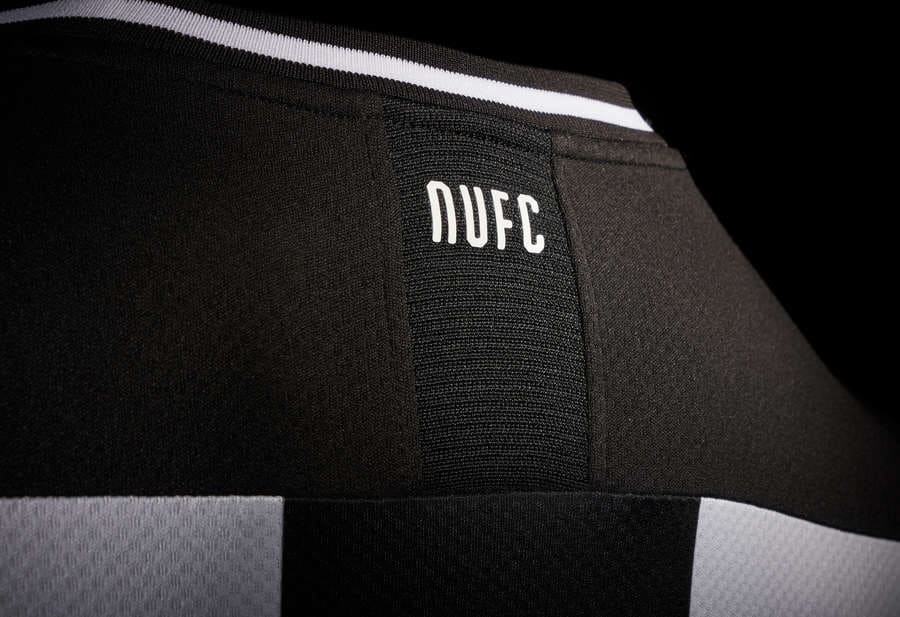