International football kit news this morning as the new Puma Euro 2020 Switzerland away kit has been officially unveiled. 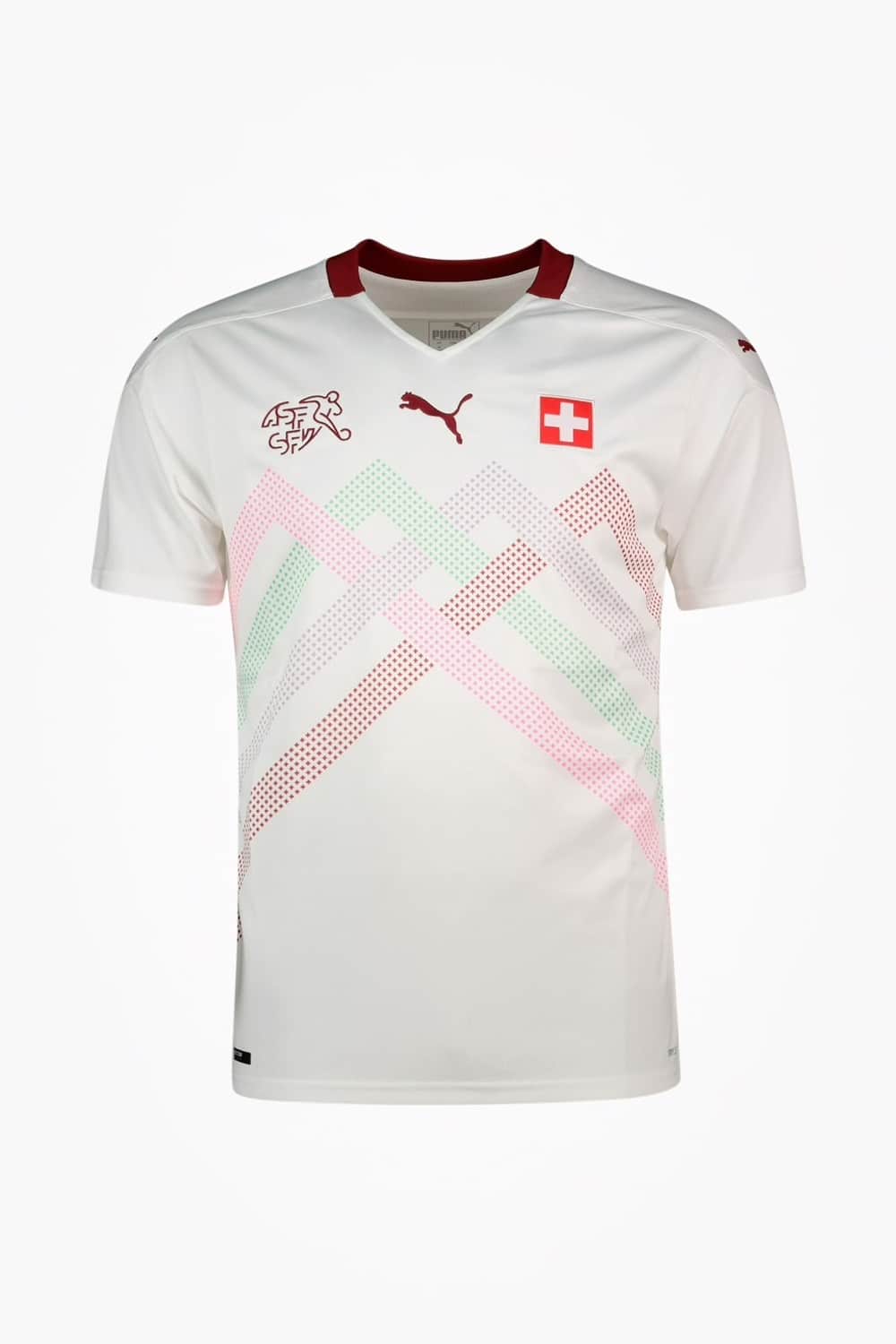 The 2019-21 Switzerland away shirt is inspired by various elements of the country and sees the four official languages that are used by the Swiss German, French, Italian and Romansh represented by four different coloured stripes on the front of the jersey that represent the mountainous areas of Switzerland. 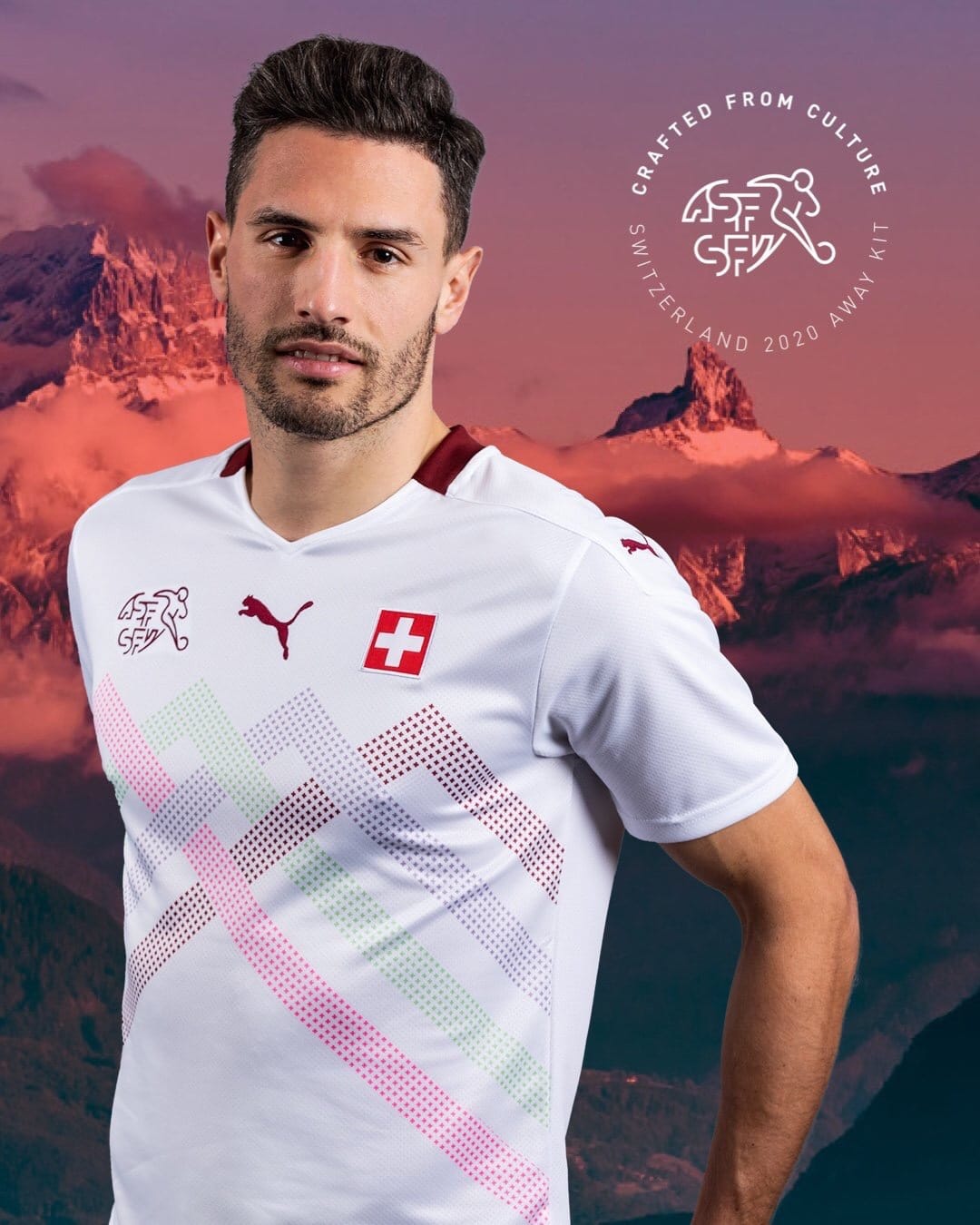 Each of the four coloured stripes are made up of tiny Swiss crosses.

The Switzerland flag is placed on the left breast. 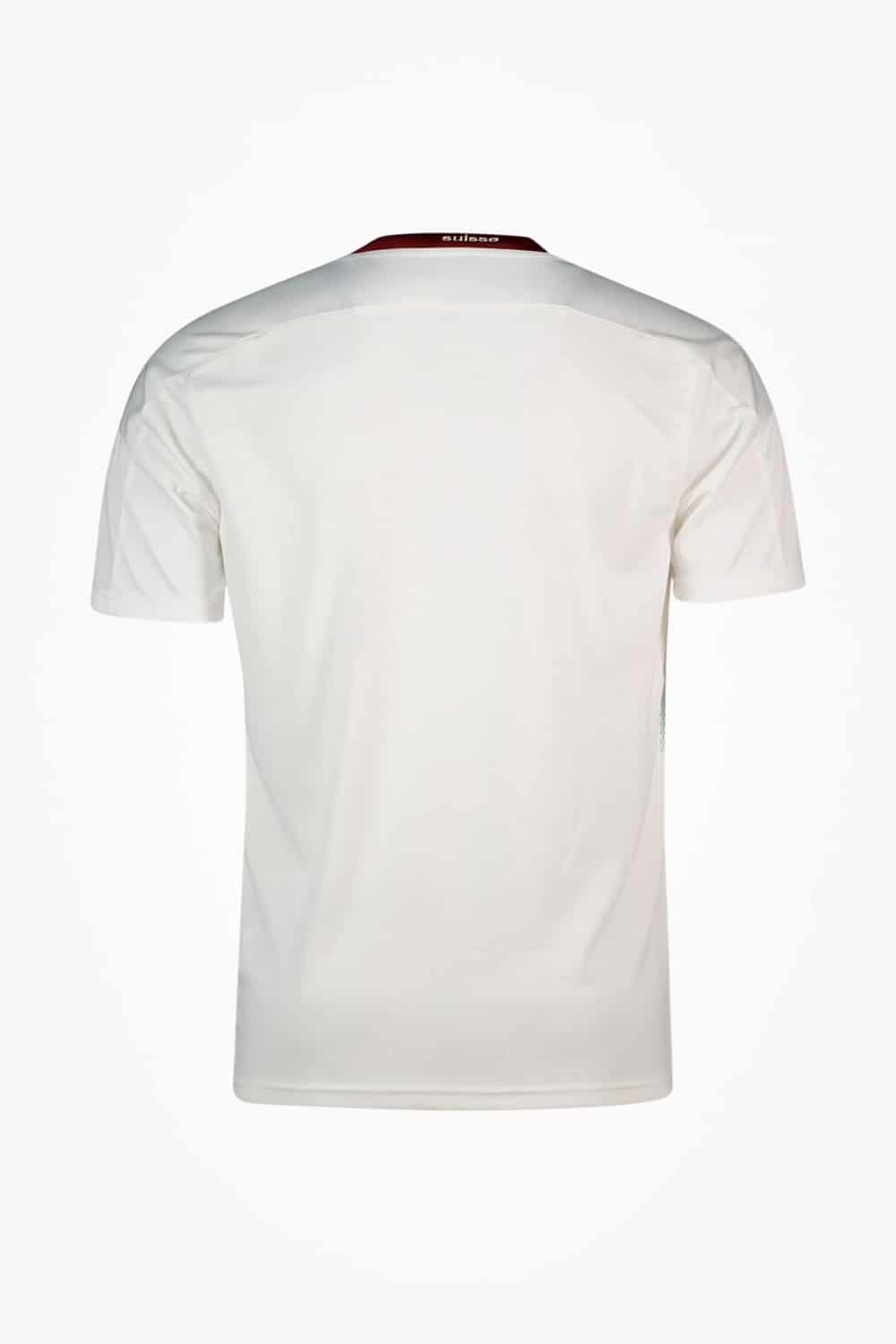 White ‘Suisse’ lettering appears on the back of the collar.