Football kit news from Sky Bet League Two as the new Puma 2019-20 Swindon Town third kit was officially unveiled on Saturday and was worn for the first time against Exeter City in a 1-1 draw.

The Swindon Town third shirt 2019-20 has a purple base colour with a tonal wavy pattern on the top of the chest and the sleeves.

Usual shirt sponsor Imagine Cruising have given up their space on the front of the shirt for the Darby Rimmer MND Foundation logo.

The foundation which was founded by Stephen Darby and Chris Rimmer is hoping to raise money to help fight motor-neurone disease.

Although the new Swindon Town third kit 2019-20 won’t be made available for public sale, supporters will have the chance to bid on the matchworn shirts will all proceeds going to the Darby Rimmer MND Foundation. 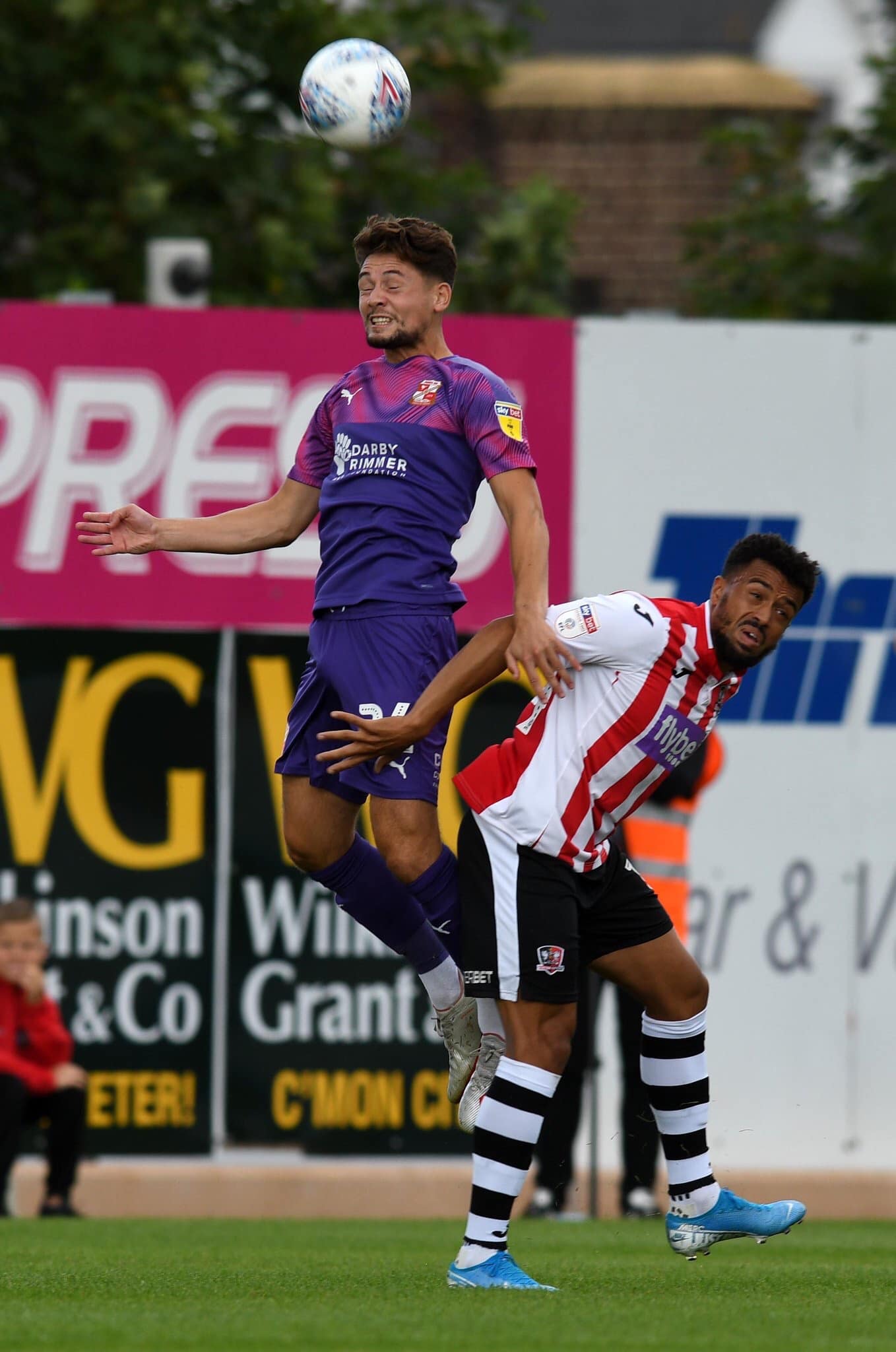