Last week the Orlando Pride 2021 Moon kit made by Nike was officially unveiled alongside the Astra kit. 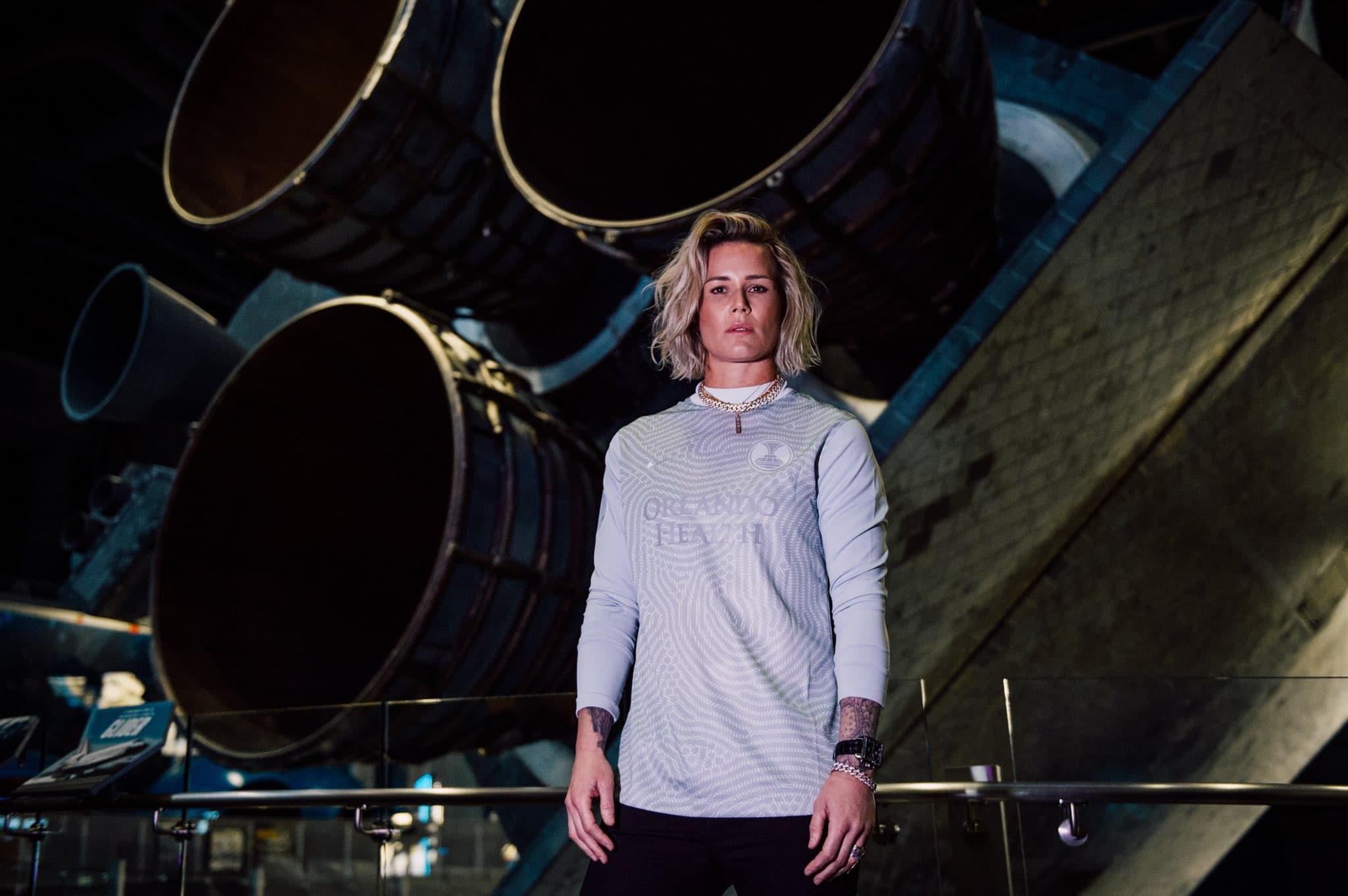 The 2021 Orlando Pride Moon kit is inspired by goalkeeper Ashlyn Harris who comes from Satellite Beach which ties in with the clubs Moniker kit collection. 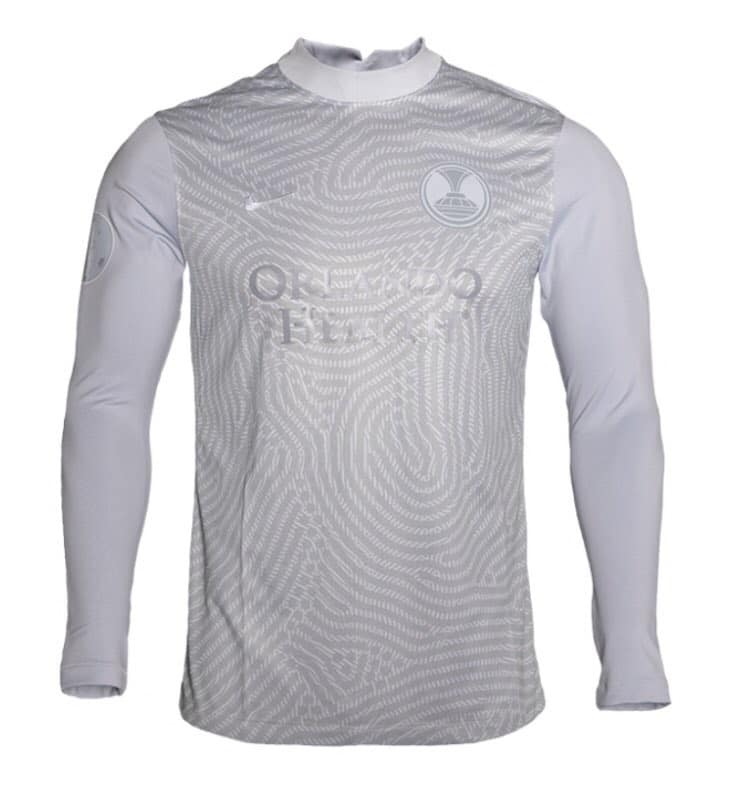 The Orlando Pride Moon kit 2021 is predominantly ‘moon gray’ with a tonal all over pattern.

Both the collar and cuffs are free of the subtle pattern. 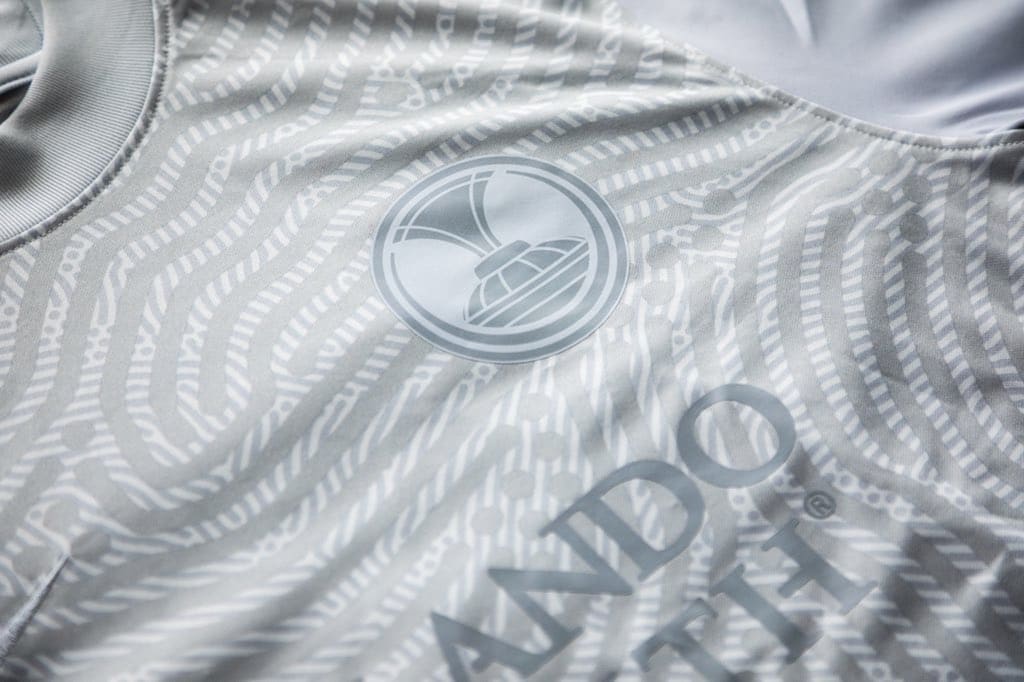 On the side of the right sleeve is a stylised moon patch. 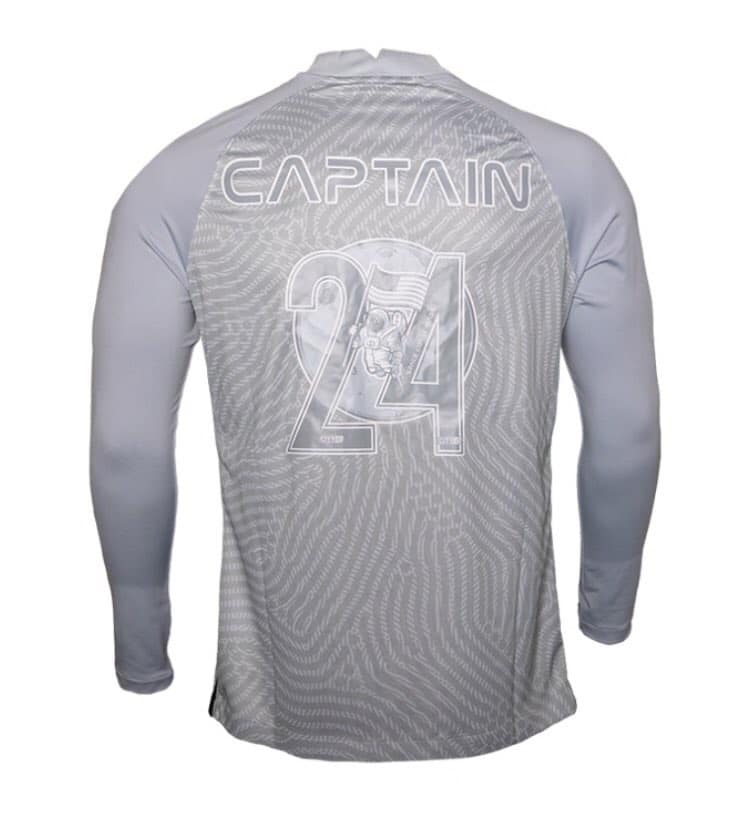 On the top of the back is grey ‘Captain’ text to honour the club captain Ashlyn Harris who’s shirt number 24 is placed on top of a moon. 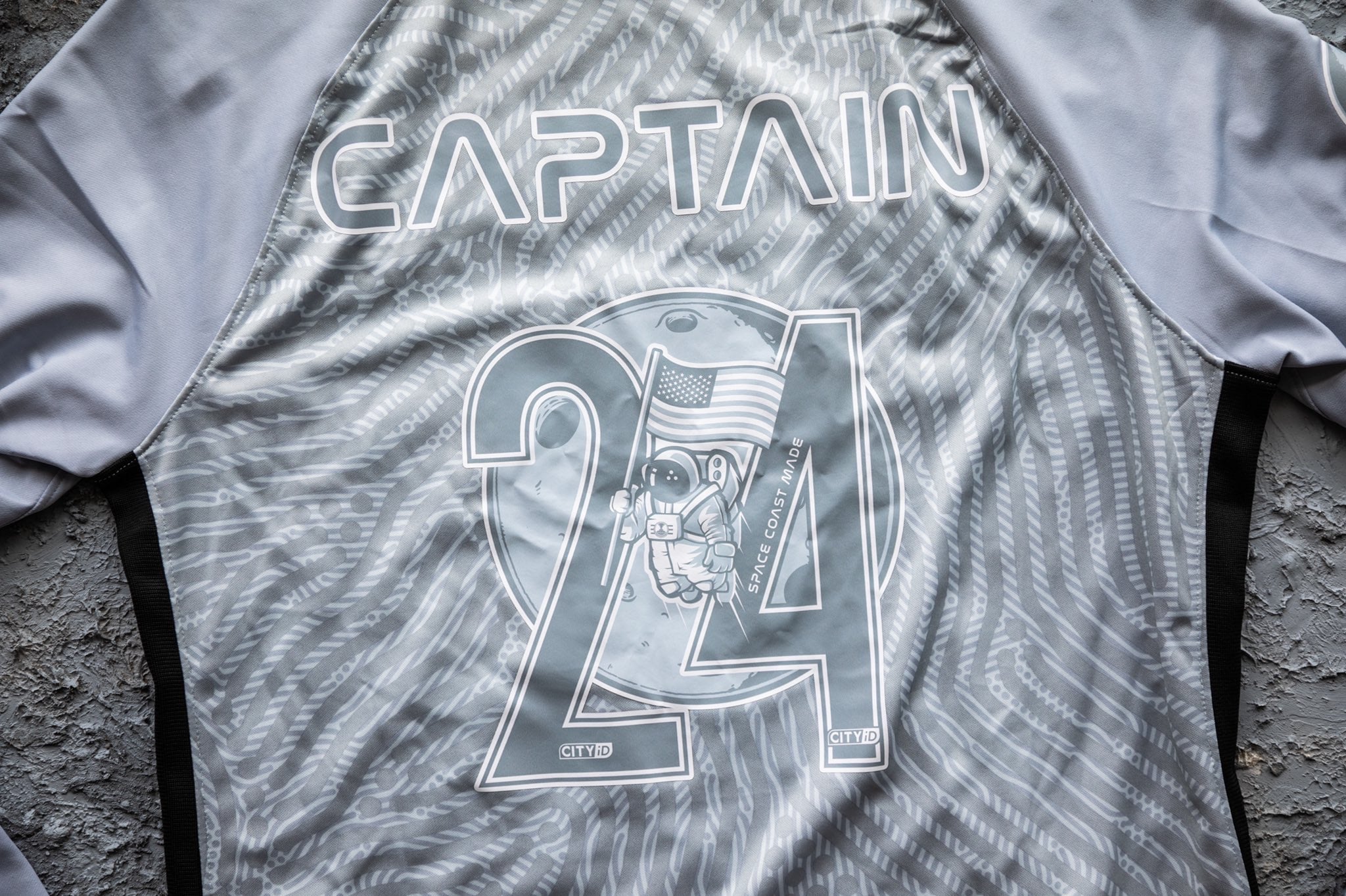 A Pride astronaut holding the American flag is also placed on the shirt number in honour of Ashlyn’s achievements with the US Women’s National team.

On the number four is ‘Space Coast Made’ text in reference to the club captains Space Coast roots.