News from the SSE Airtricity League Premier Division as the new O’Neills Bohemian FC 2020 third kit has been revealed. 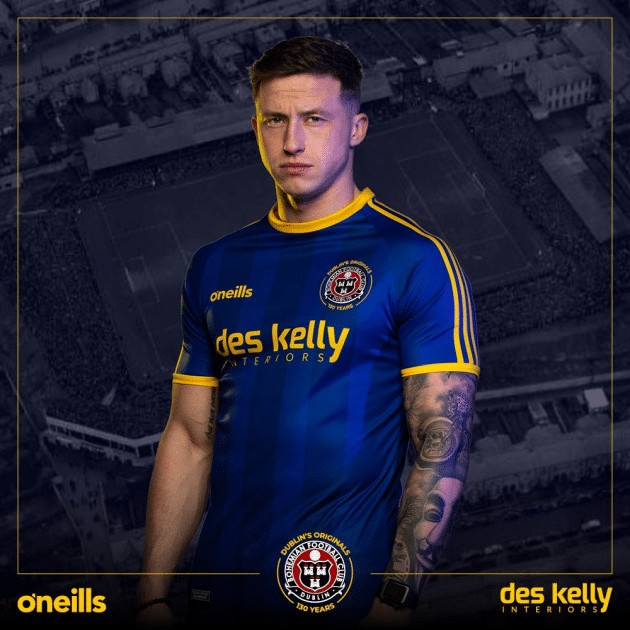 The 2020 Bohemian FC third shirt is blue with tonal blue stripes running down the front of the jersey.

The yellow round neck collar and cuffs are joined by a three stripes that run across the top of the shoulders and sleeves, baring a striking resemblance to the stripes used by German brand Adidas. 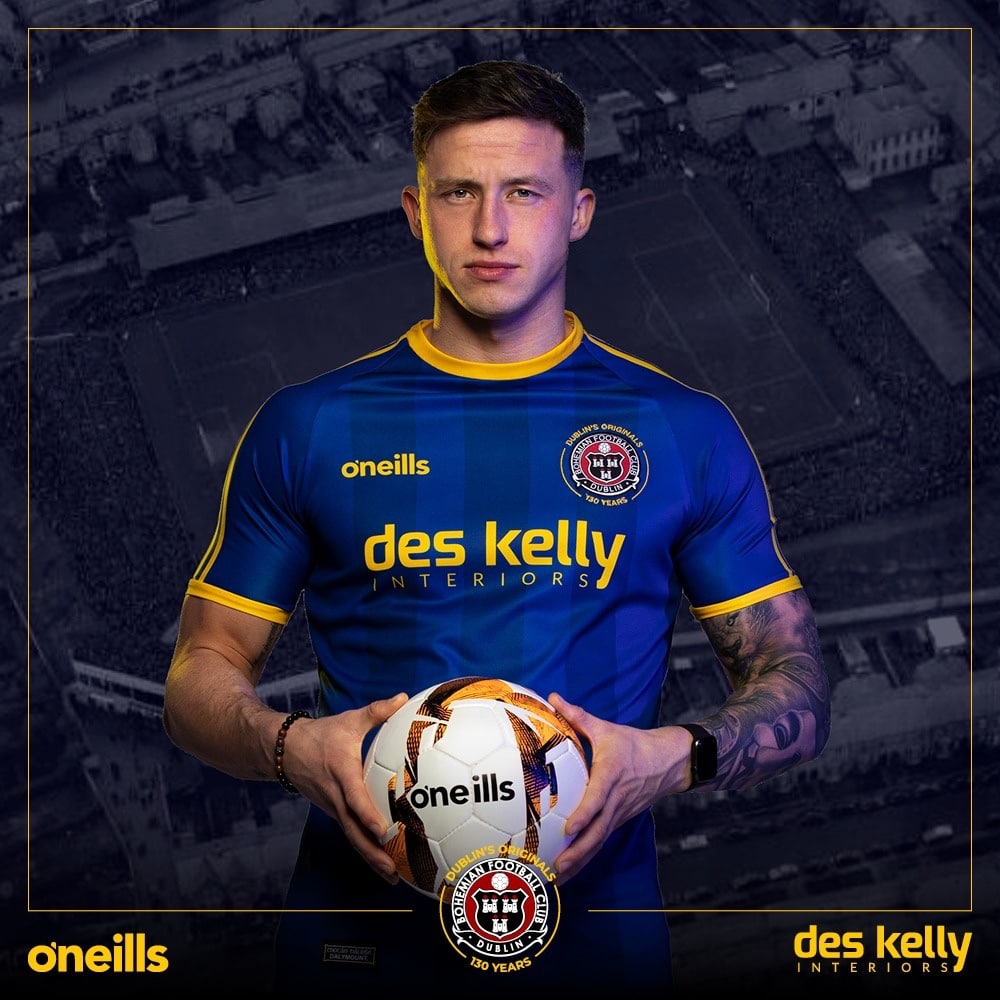 Both the O’Neills logo on the right breast and the Des Kelly Interiors shirt sponsor are coloured yellow.

On the left breast is the Bohemian FC crest.

The new Bohemian FC third kit was due to debut against Cork City last Friday but the fixture was postponed due to the Corona Virus.