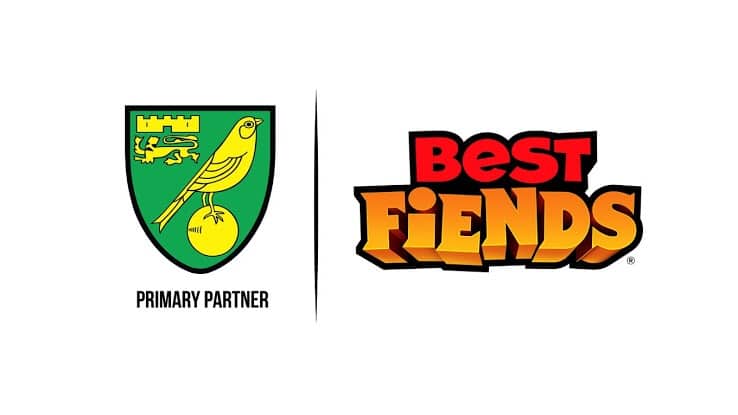 Earlier this week Norwich City announced Dafabet as the clubs new front of shirt sponsor in the biggest sponsorship deal in the clubs history. They have now followed this up by announcing Seriously Digital Entertainment, the creators of the award winning mobile game Best Fiends as the clubs first ever sleeve sponsor.

Ben Kensell the Chief Operating Officer at Norwich City said, “We’re so pleased to have our friends from Seriously Digital Entertainment back on board with Norwich City for our return to the Premier League.

“The sleeve badge is the first one we’ve ever had and, with Best Fiends, it’s also the first character ever to feature permanently on a Premier League shirt, which is incredibly exciting.”

Philip Hickey of EVP Marketing at Seriously Digital Entertainment said, “Norwich City has a dedicated fanbase, just like Best Fiends, as well as a strong commitment to family-friendly fun.

“We can’t wait to kick off our partnership with Norwich City and for the Best Fiends brand to be part of the Canaries. On The Ball, City!”

The Norwich City home kit 2019-20 will be officially unveiled this Saturday at 9am complete with the new shirt sponsors.

Buy a classic Norwich City football shirt from The Kitman!