Football kit news from La Liga in Spain as the new Nike FC Barcelona away kit has been officially unveiled. 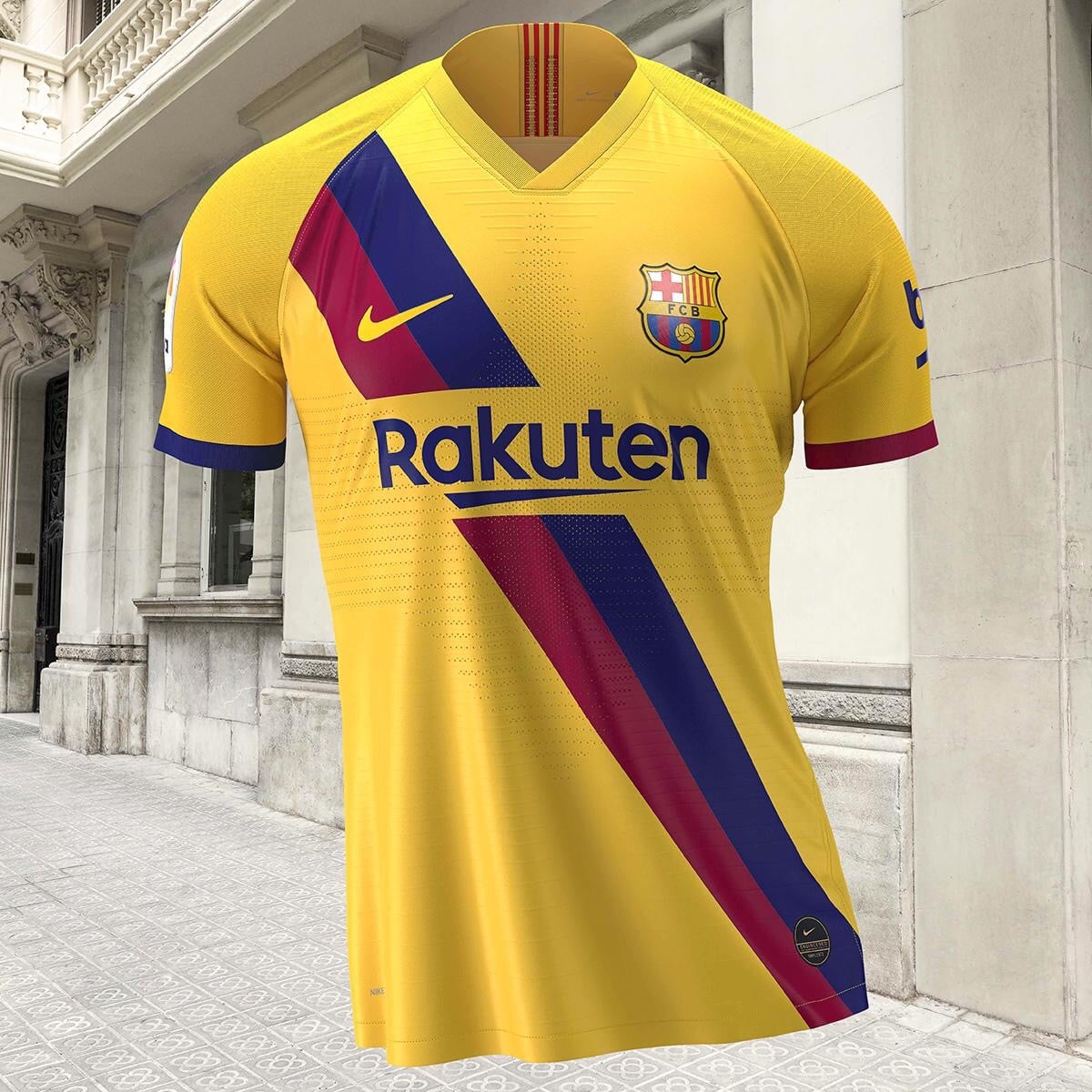 The new Barcelona away jersey is inspired by that worn by La Masia, the club’s youth academy that celebrates its 40th anniversary. 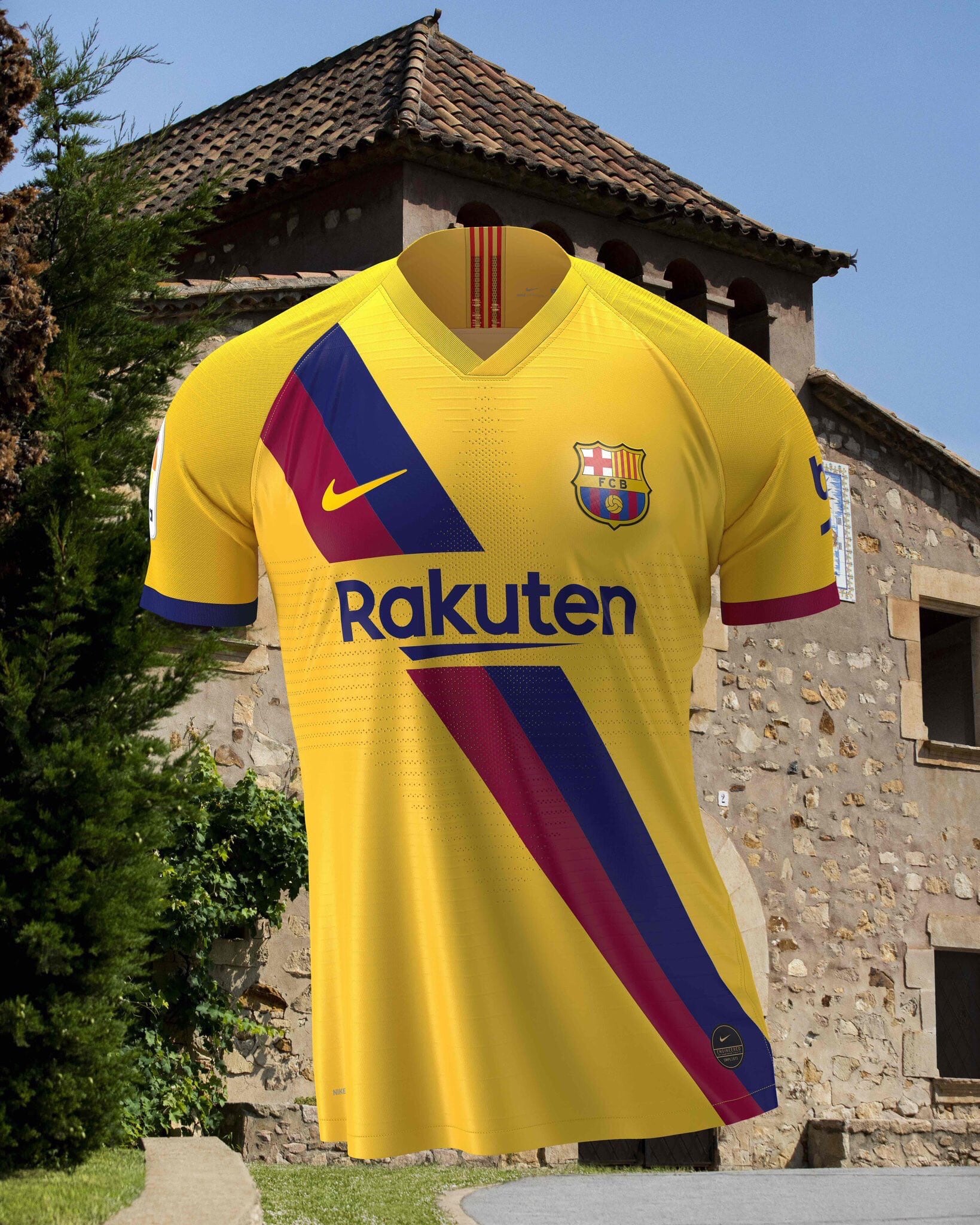 The 2019-20 FC Barcelona away jersey has a yellow base colour with subtle pinstripes running across the shirt and features a blue and red ‘blaugrana’ diagonal sash running across the front of the football shirt, broken in the middle to make room for the blue Rakuten sponsor. 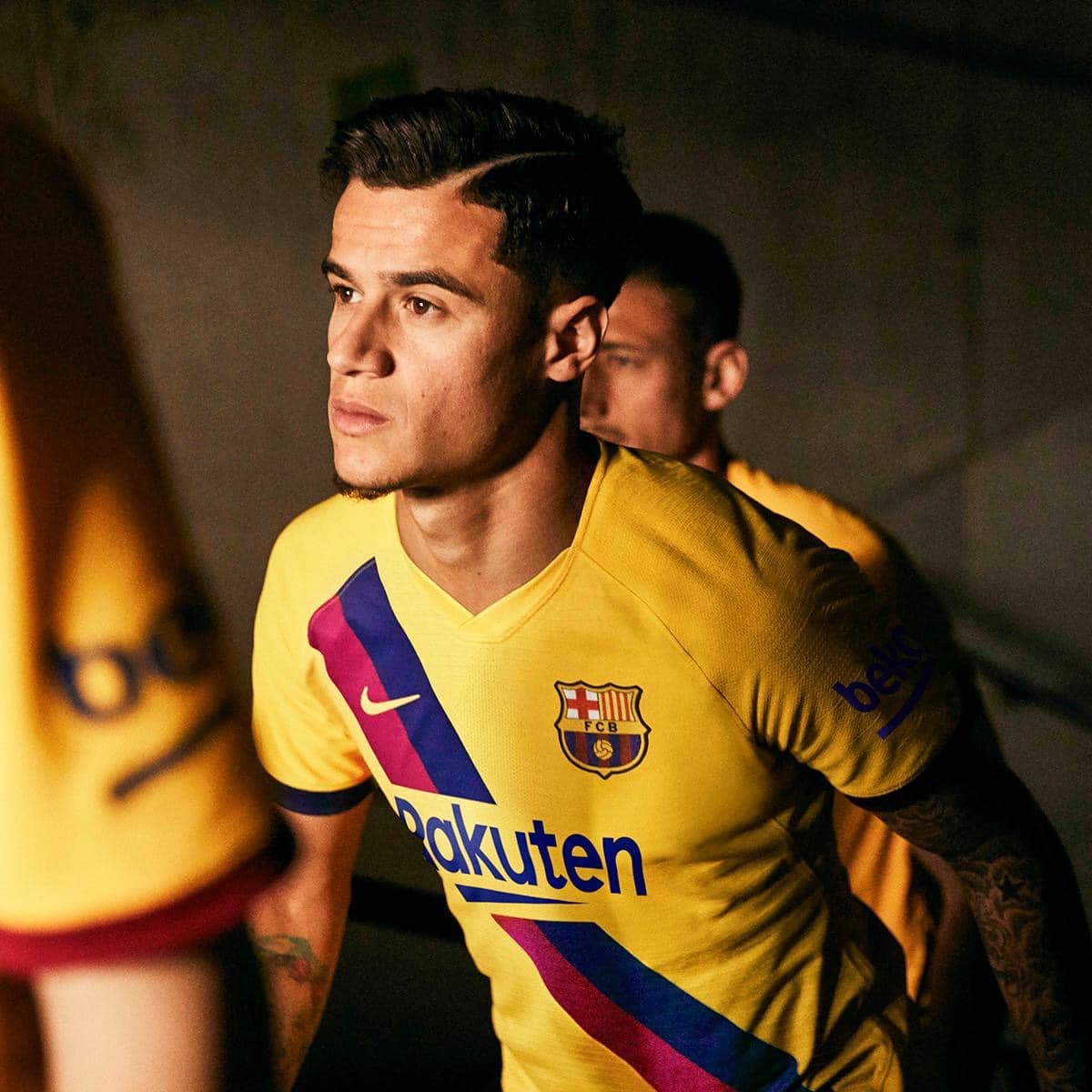 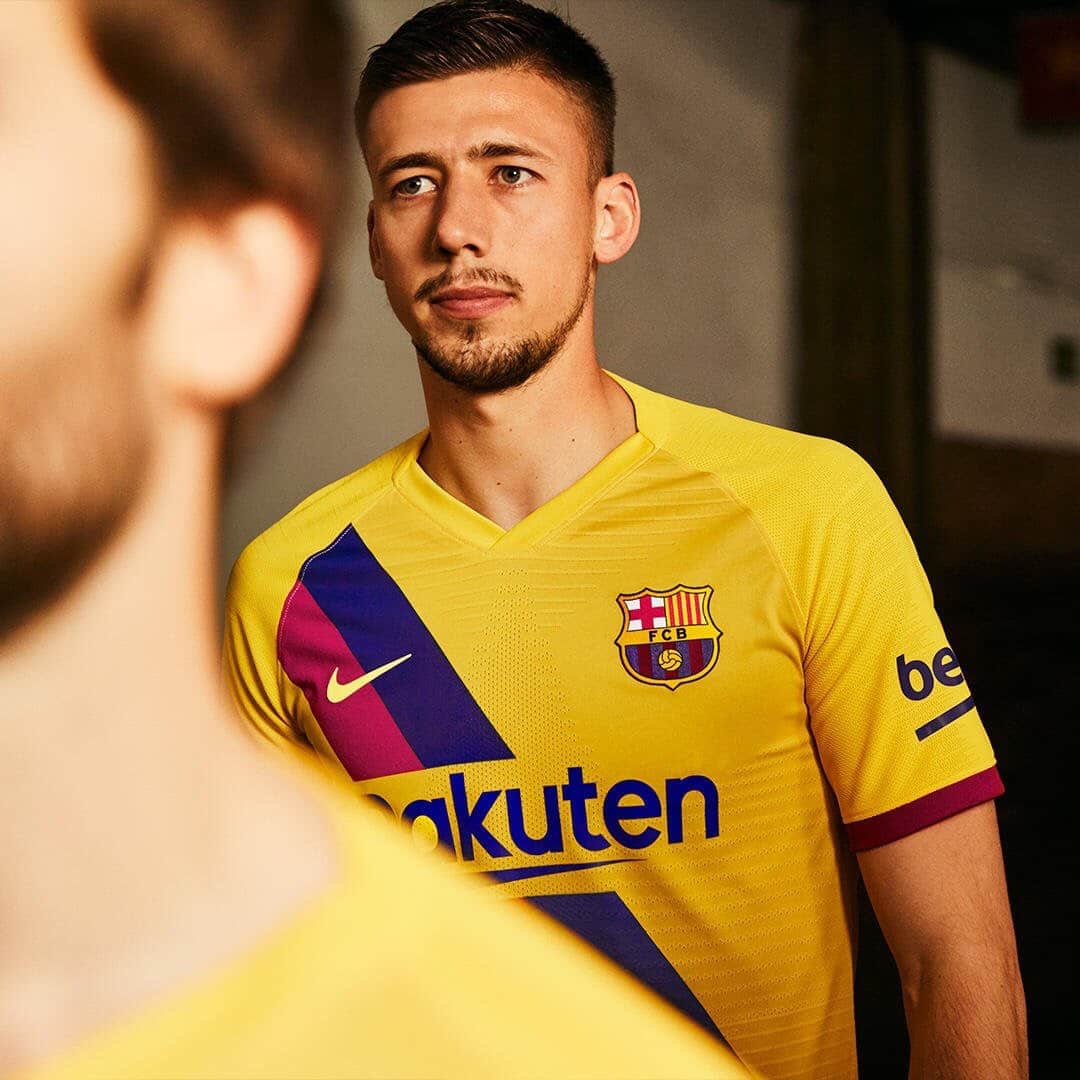 A yellow Nike Swoosh is placed on the right breast with the FC Barcelona badge on the left breast.

On the back of the neck is a stripe made up of thin red and yellow lines as a tribute to the colours on the Catalan flag.

The FC Barcelona away kit has two alternative coloured shorts, yellow or blue with yellow socks.

Buy a classic retro FC Barcelona shirt from The Kitman!