Football kit news from La Liga in Spain as the much rumoured Nike FC Barcelona 1998-99 home shirt remake is set to be officially released on 10th April 2019. 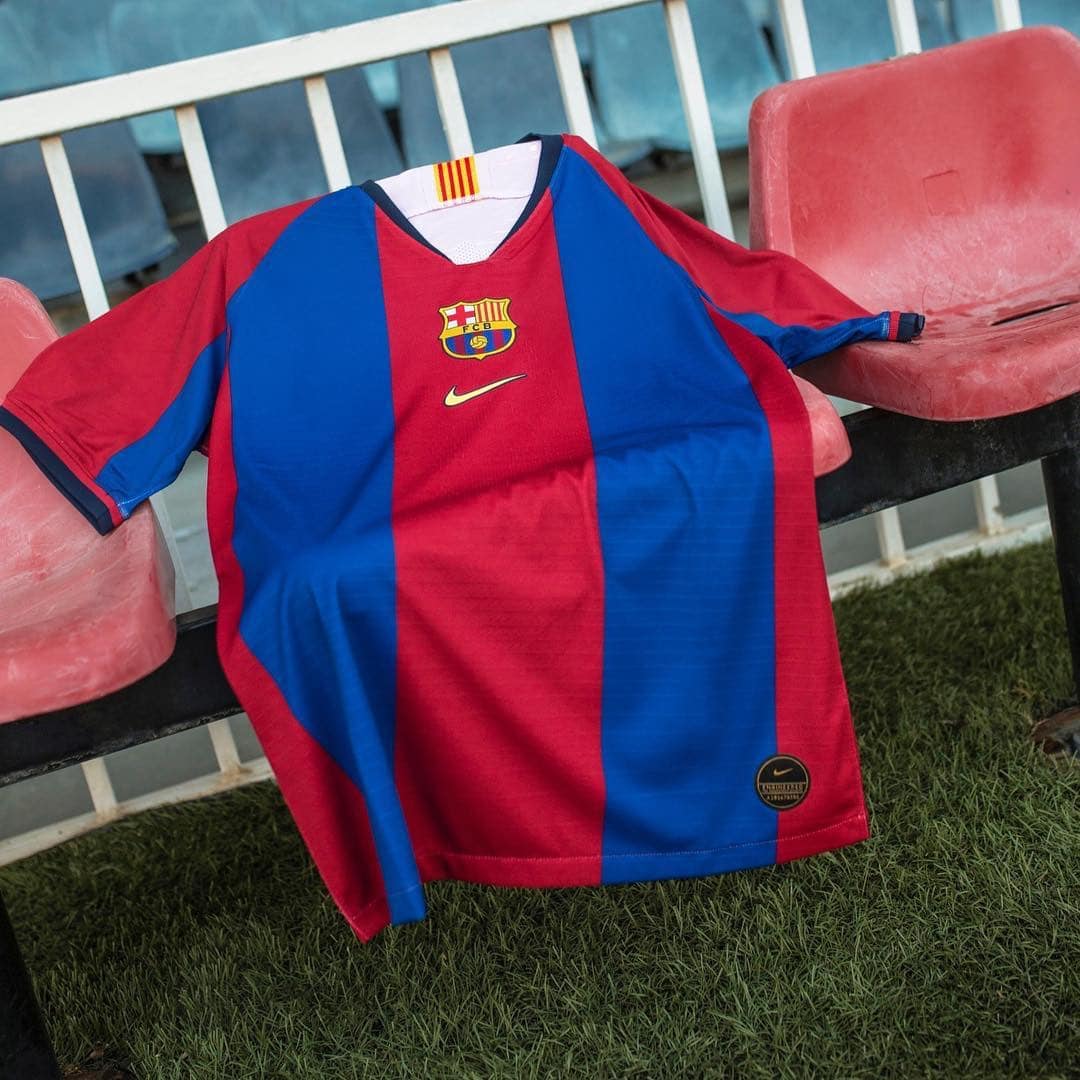 Nike and Barcelona will release the 2019 remake of the FC Barcelona 1998-99 home shirt, the first made by Nike for Barca to celebrate the 20 year partnership between the two. 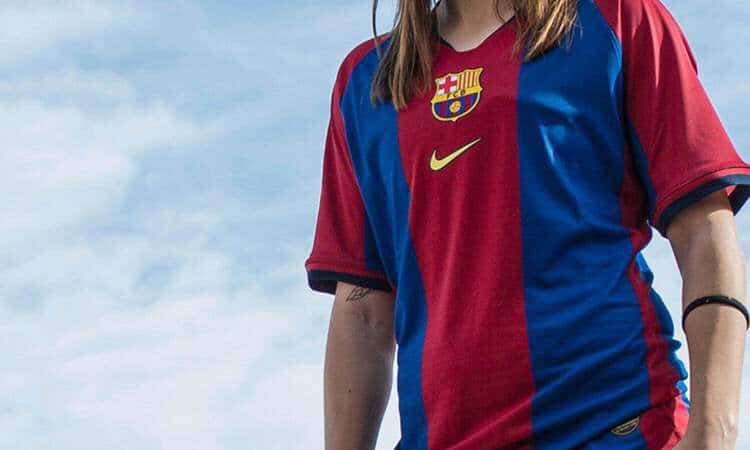 Nike’s remake of the 1998-99 Barcelona home jersey is almost a replica of that worn by the club in the late 90’s but with a couple of modern twists. 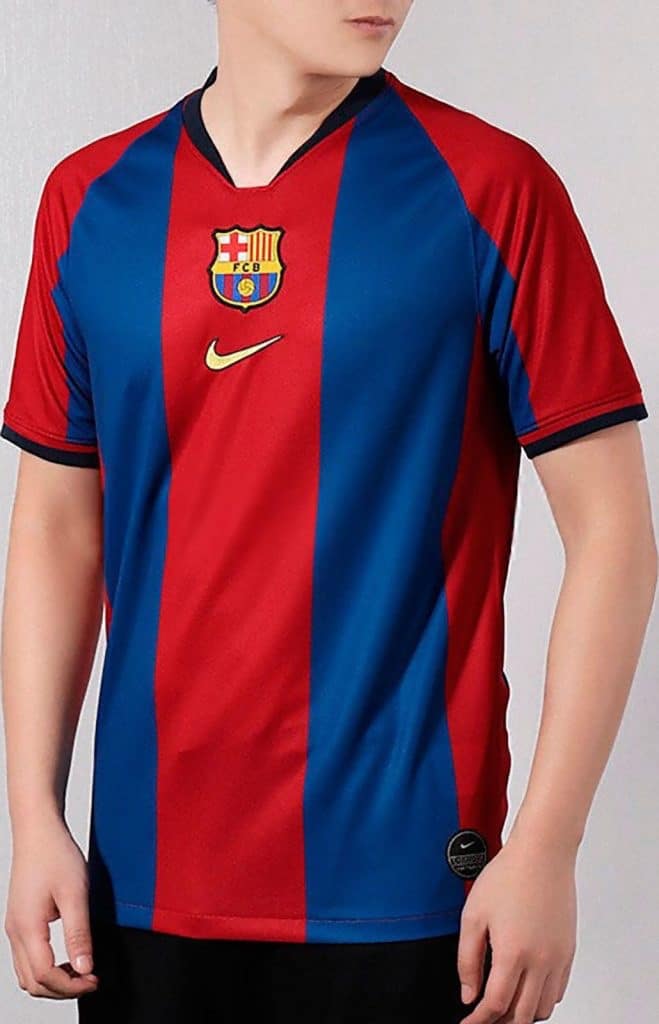 The 2019 Barcelona 98 shirt is red with two thick vertical blue stripes on the front of the jersey. The FC Barcelona badge is placed in the centre of the chest with a yellow Nike Swoosh beneath it. 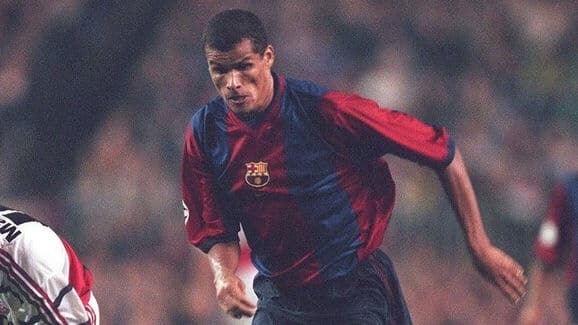 In a change to the original jersey the 2019 Barcelona 1998 remake shirt has a different collar which is coloured navy. The cuffs also feature navy trim. 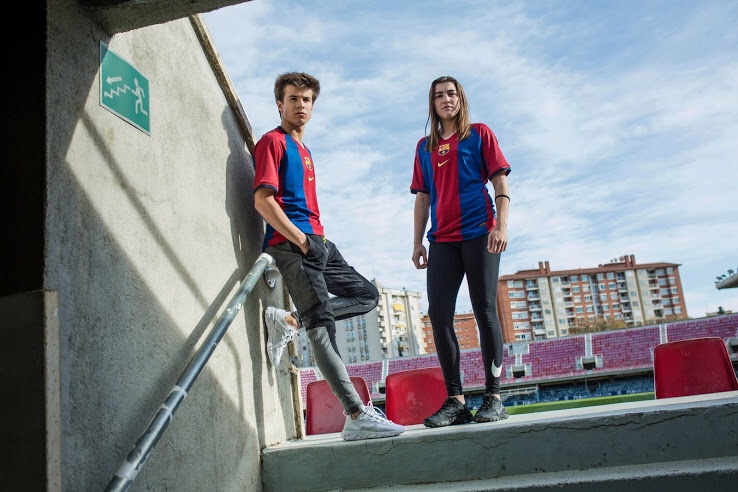 In another modern twist the special edition Barcelona 1998-99 shirt features a stripe on the back of the neck made up of thin red and yellow stripes, the colours of the Catalan flag, the La Senyara.