Football kit news from the Italy as the new Nike 2019-20 Inter Milan third kit has been released confirming the leaked images over the weekend at the Formula One race in Monza. 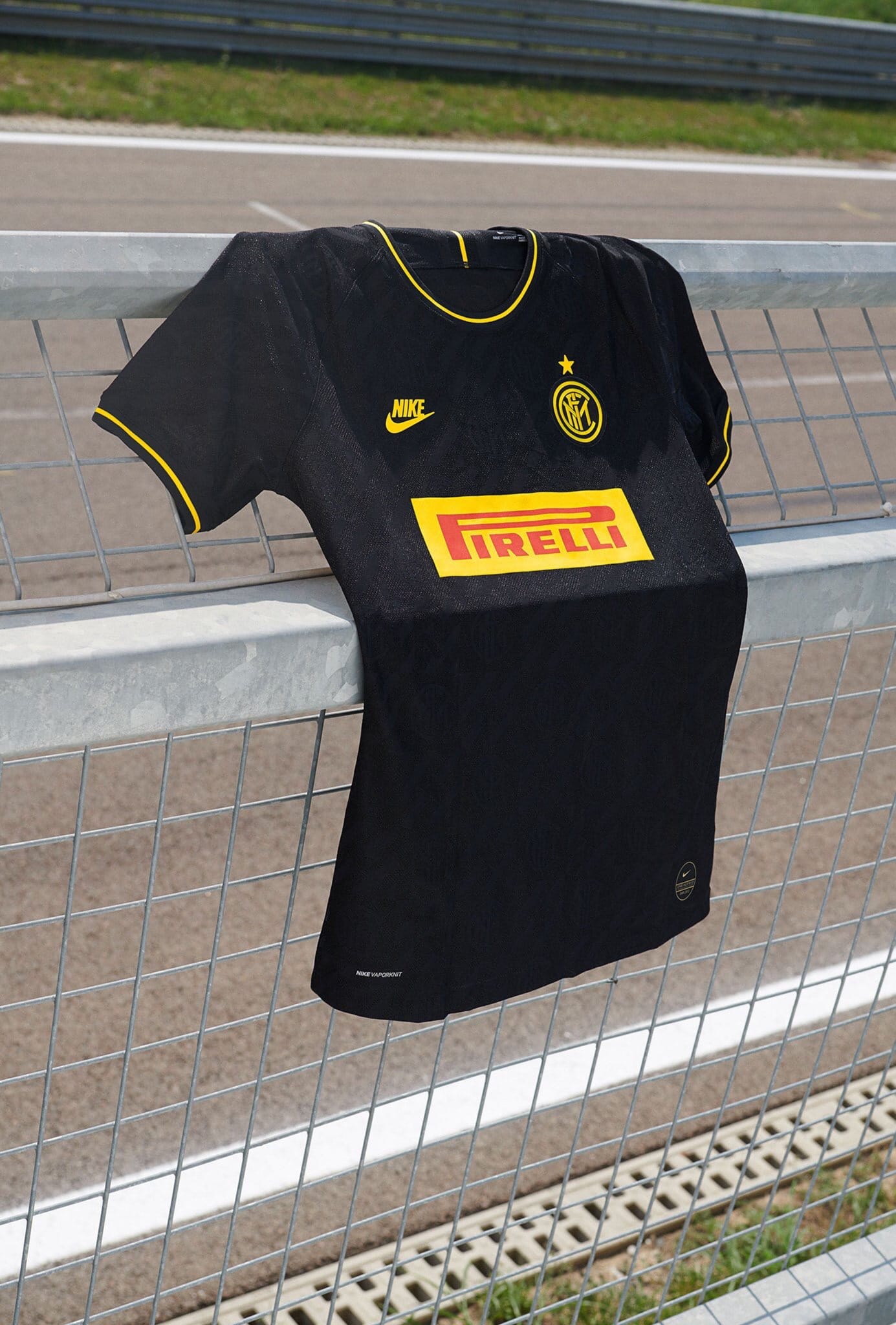 The Internazionale third shirt 2019-20 is inspired by the tyres made by long term shirt sponsor Pirelli and sees a predominantly black jersey featuring yellow trim on the collar and cuffs as well as the retro Nike logo on the right breast and the Inter crest on the left breast. 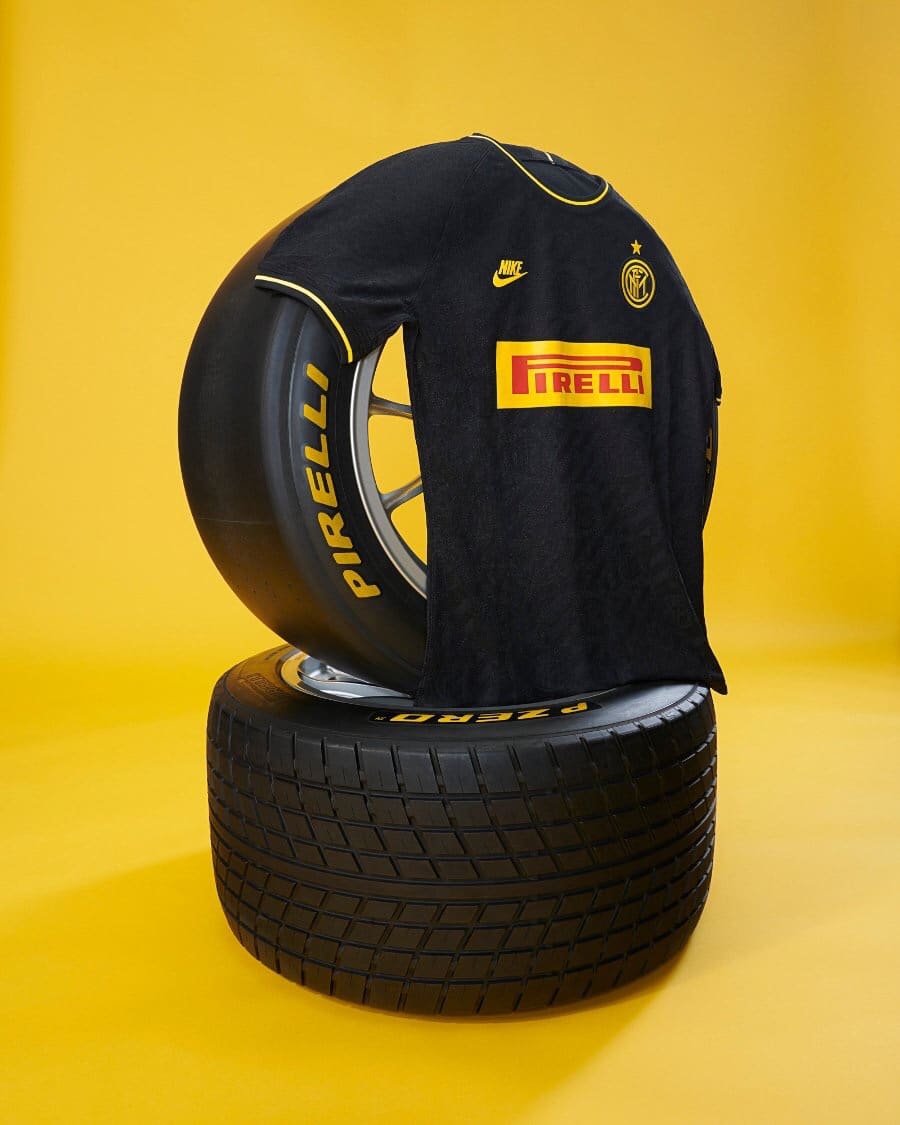 Pirelli have their logo in the centre of the football shirt coloured yellow and red. 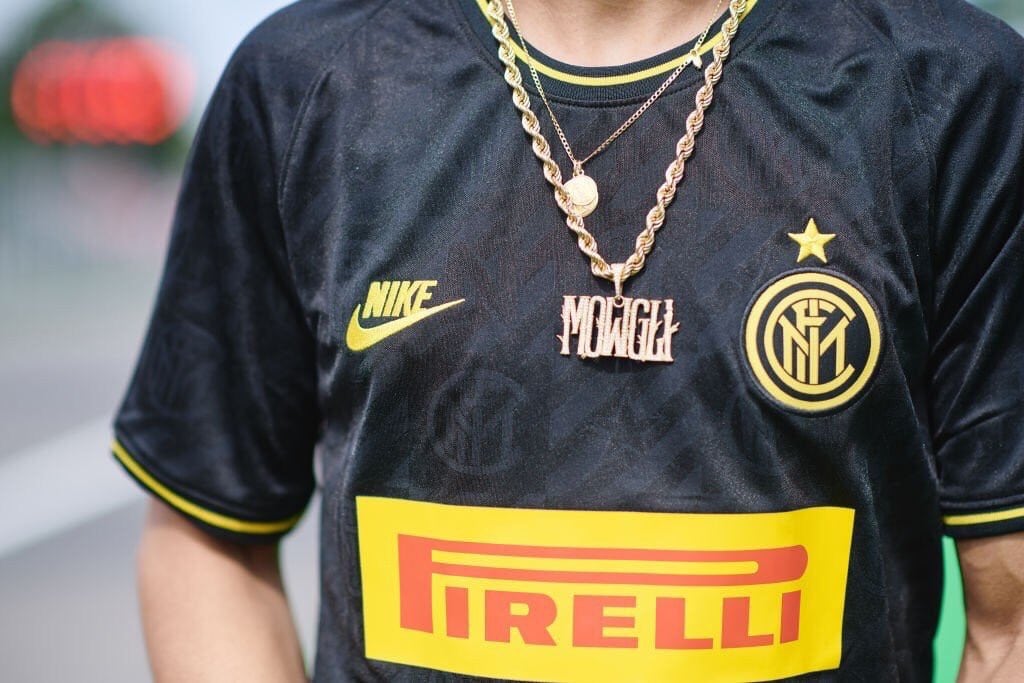 There is a subtle pattern on the jersey that sees the Inter crest repeated as well as ‘INTER’ lettering. 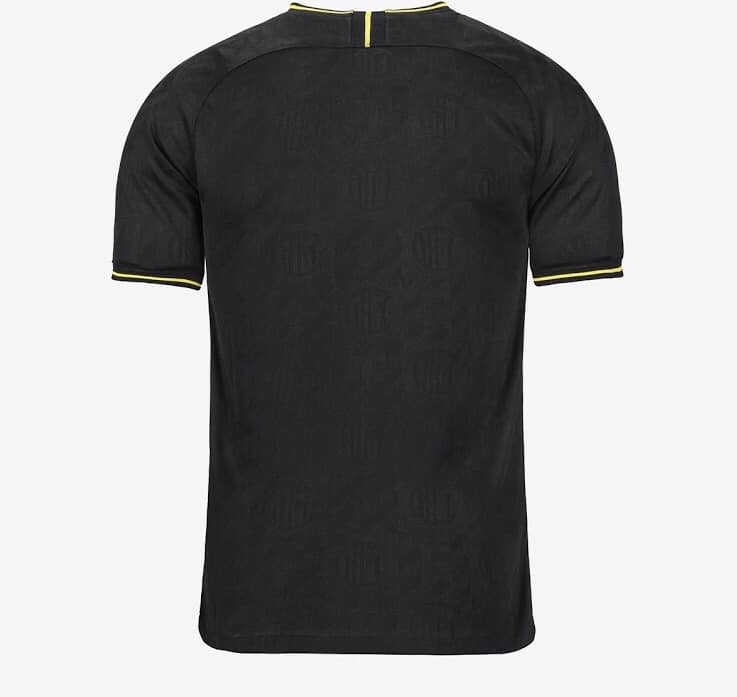 On the back of the neck is a thin yellow stripe. 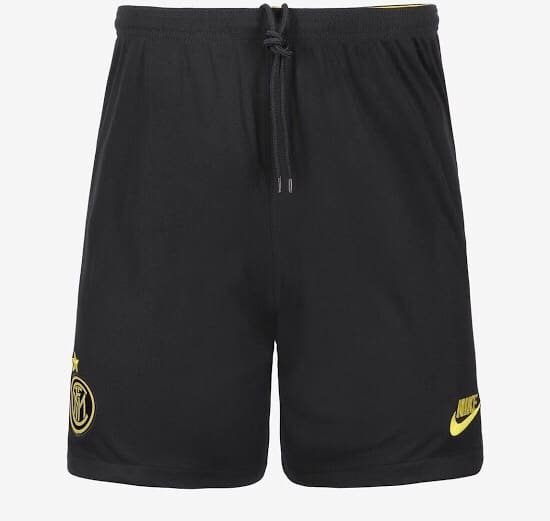 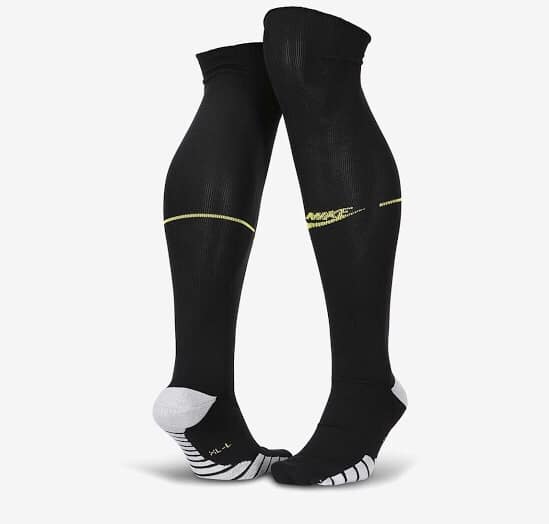 Black shorts and socks complete the 2019-20 Inter Milan third kit made by Nike.

Buy a classic Inter Milan shirt from The Kitman!