Football kit news from Spain this morning as the new Nike 2019-20 FC Barcelona third kit has been officially unveiled. 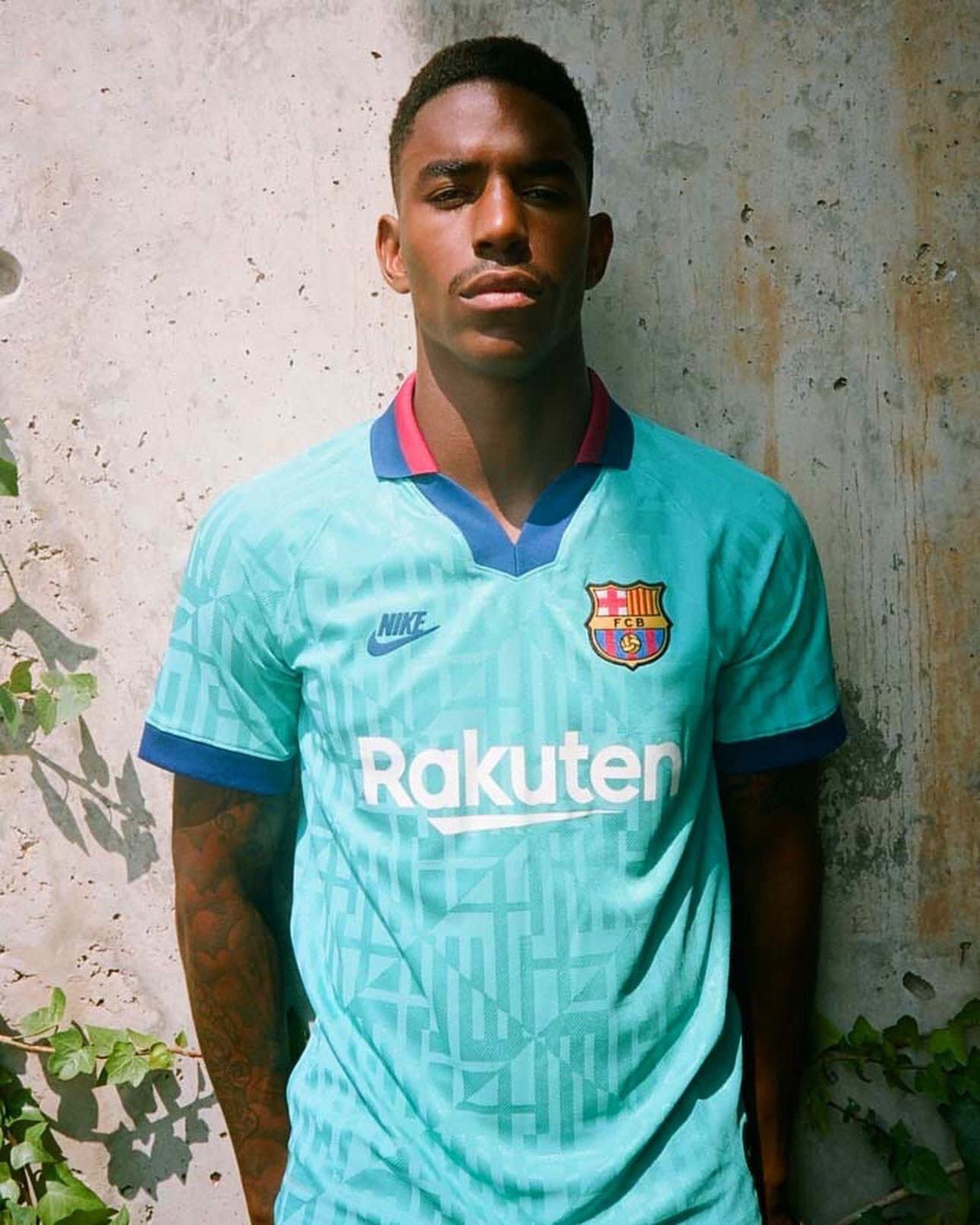 The 2019-20 FC Barcelona third shirt is inspired by the city and is also a nod to the kit worn during the 1996-97 season in which Barça won the Copa del Rey and the European Cup Winners Cup. 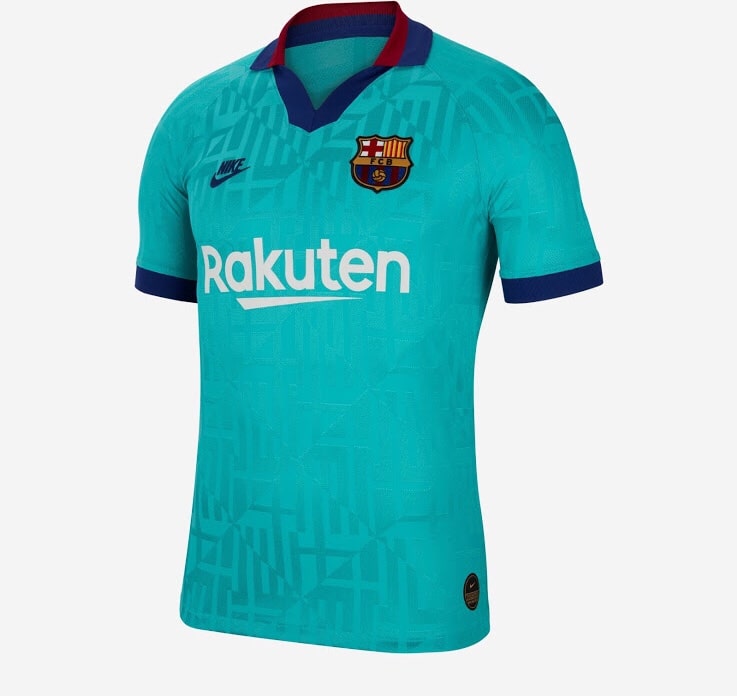 The new Barcelona third shirt has a light teal base colour with an all over pattern inspired by the Barcelona coat of arms. 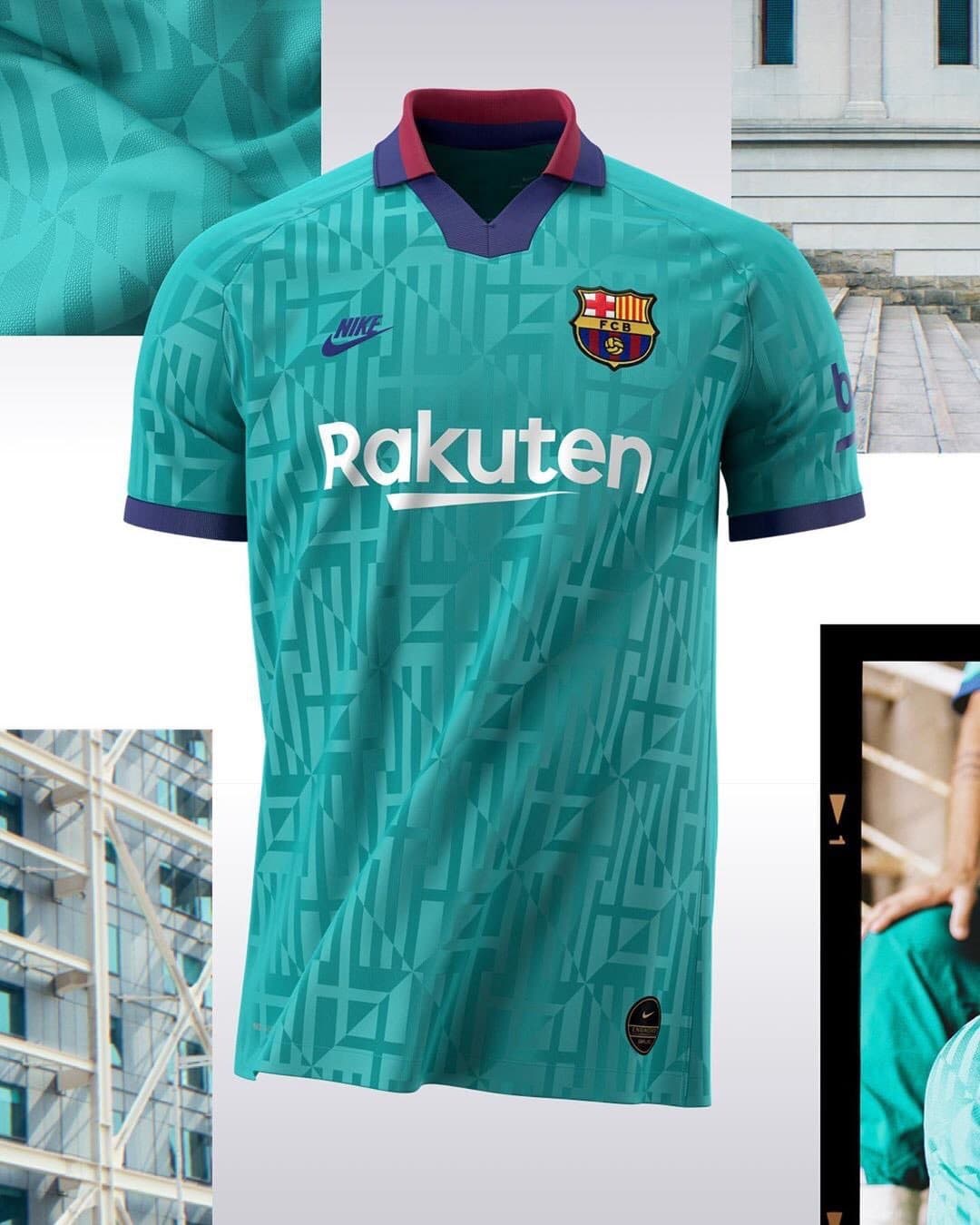 The cuffs are coloured blue as is the retro Nike logo on the right breast and the thick retro ‘V’ neck collar that has red trim at the top. 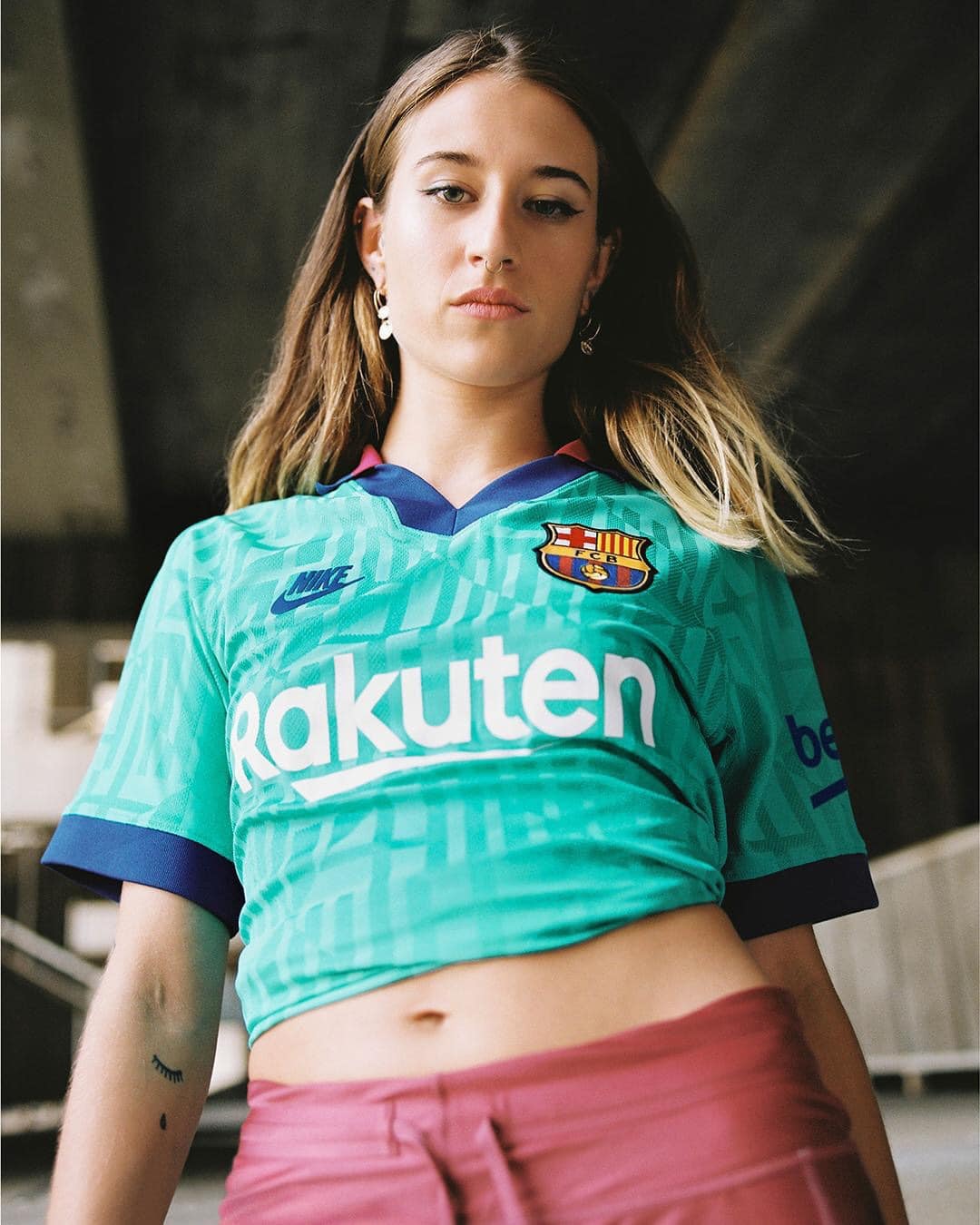 The FC Barcelona badge is placed on the left breast whilst official shirt sponsor Rakuten have their logo in the centre of the football shirt coloured white. 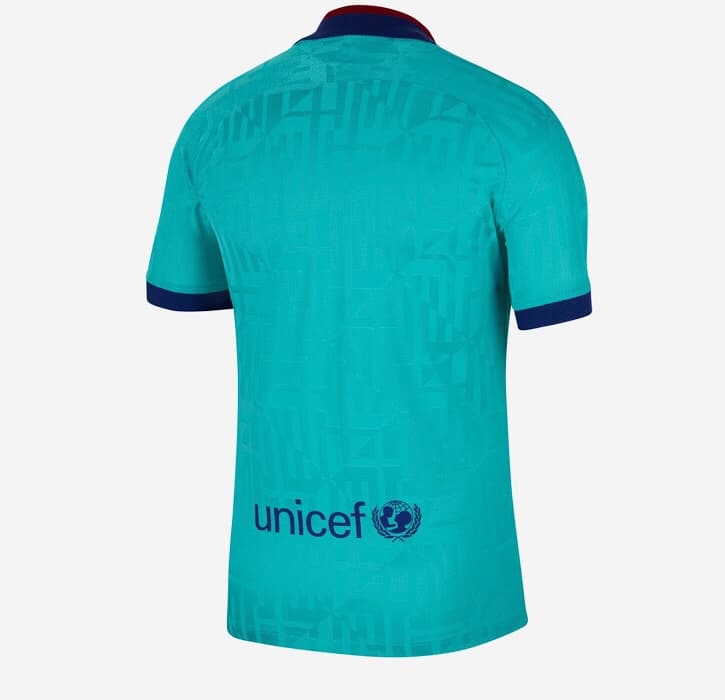 Unicef have their logo on the lower back whilst teal coloured shorts and socks with blue details complete the 2019-20 FC Barcelona third kit. 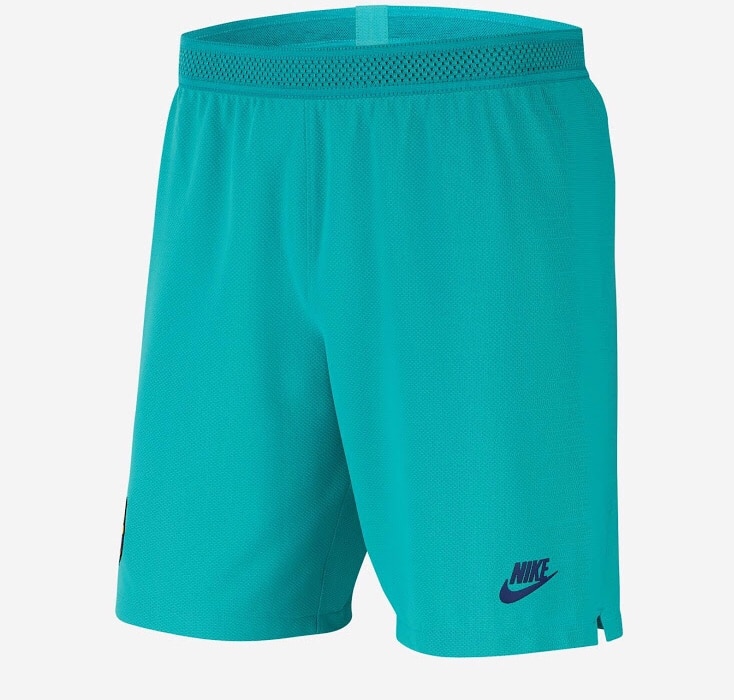 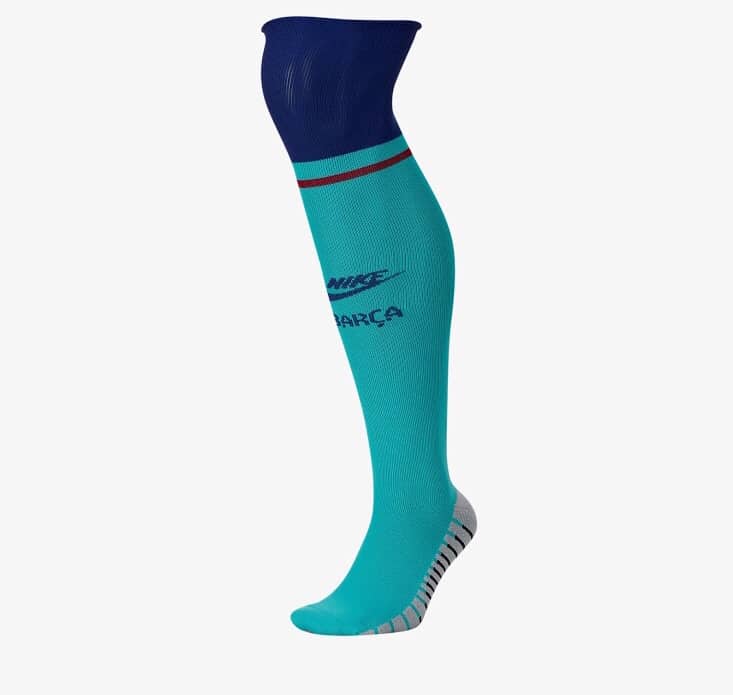 Buy a classic retro Barcelona shirt from The Kitman!