Football kit news from La Liga in Spain as the new Nike 2019-20 FC Barcelona home kit has been officially unveiled confirming the previous leaked images on The Kitman. 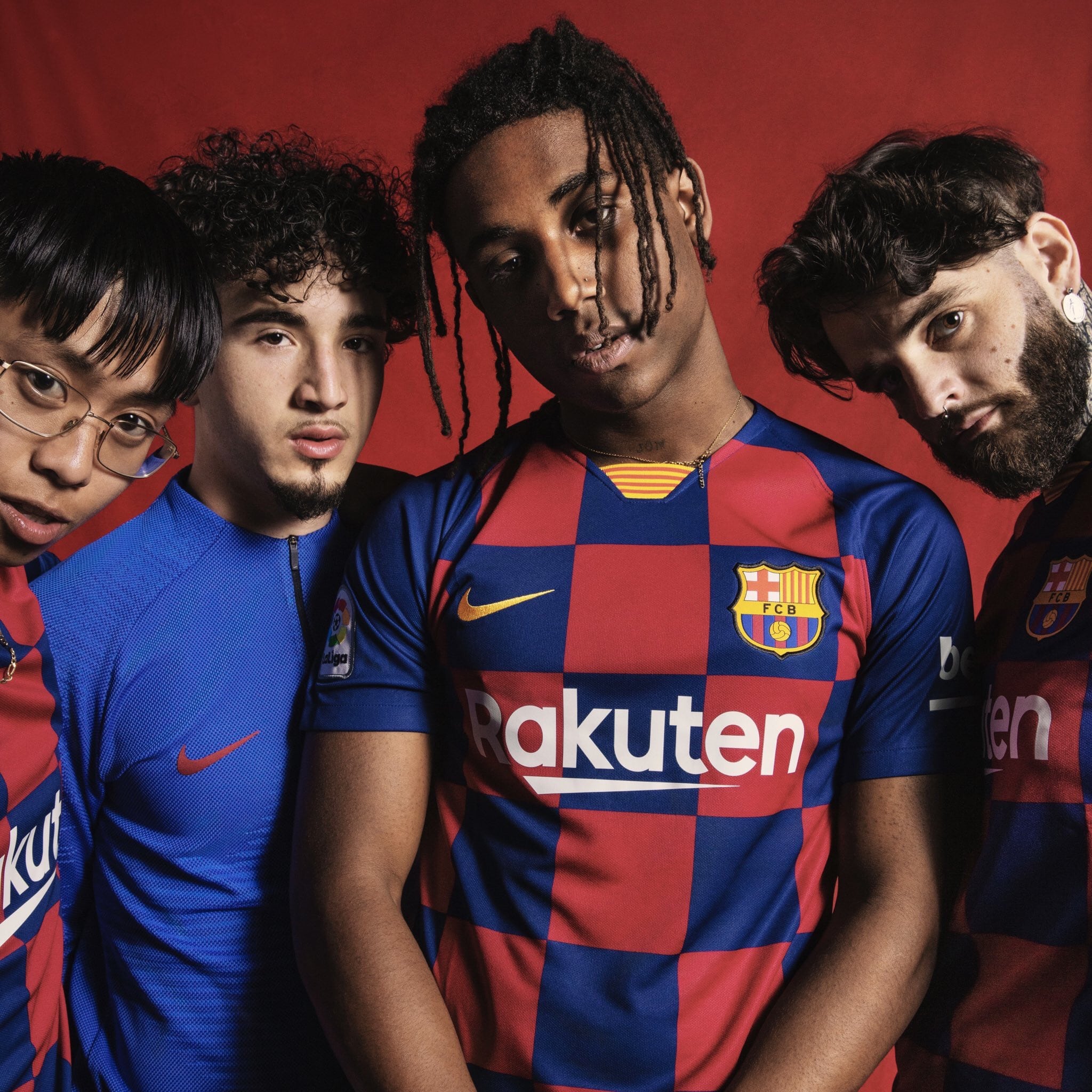 The 2019-20 FC Barcelona home jersey sees the familiar red and blue stripes swapped for a checkered board pattern for the first time in the clubs history. The red and blue checkerboard squares are inspired by the city of Barcelona and the blocks of its Eixample district which is home to buildings designed by architect Antoni Gaudí. 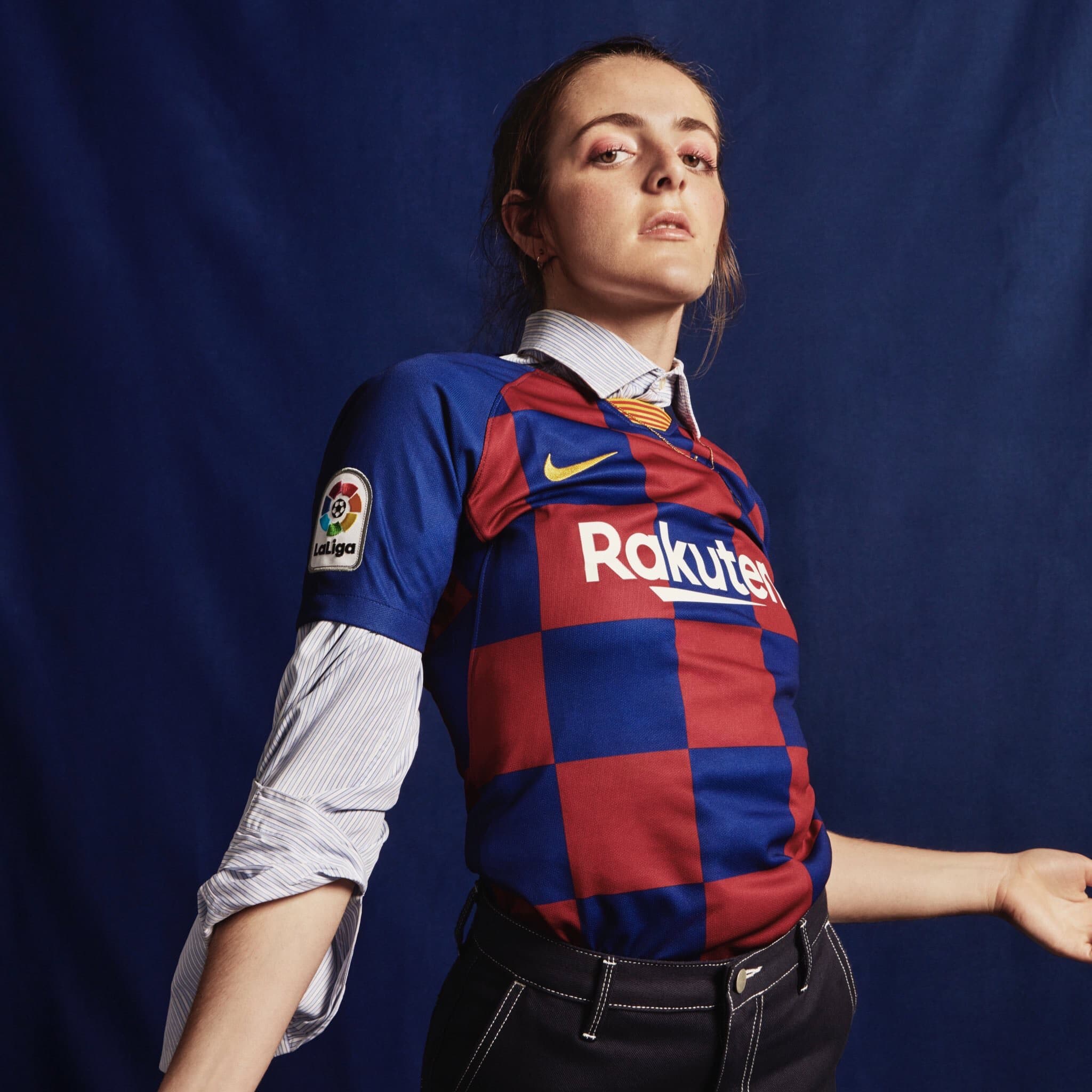 In another change the red and yellow colours of the Catalan flag which usually appear on the back on the neck appear at the bottom of the collar. 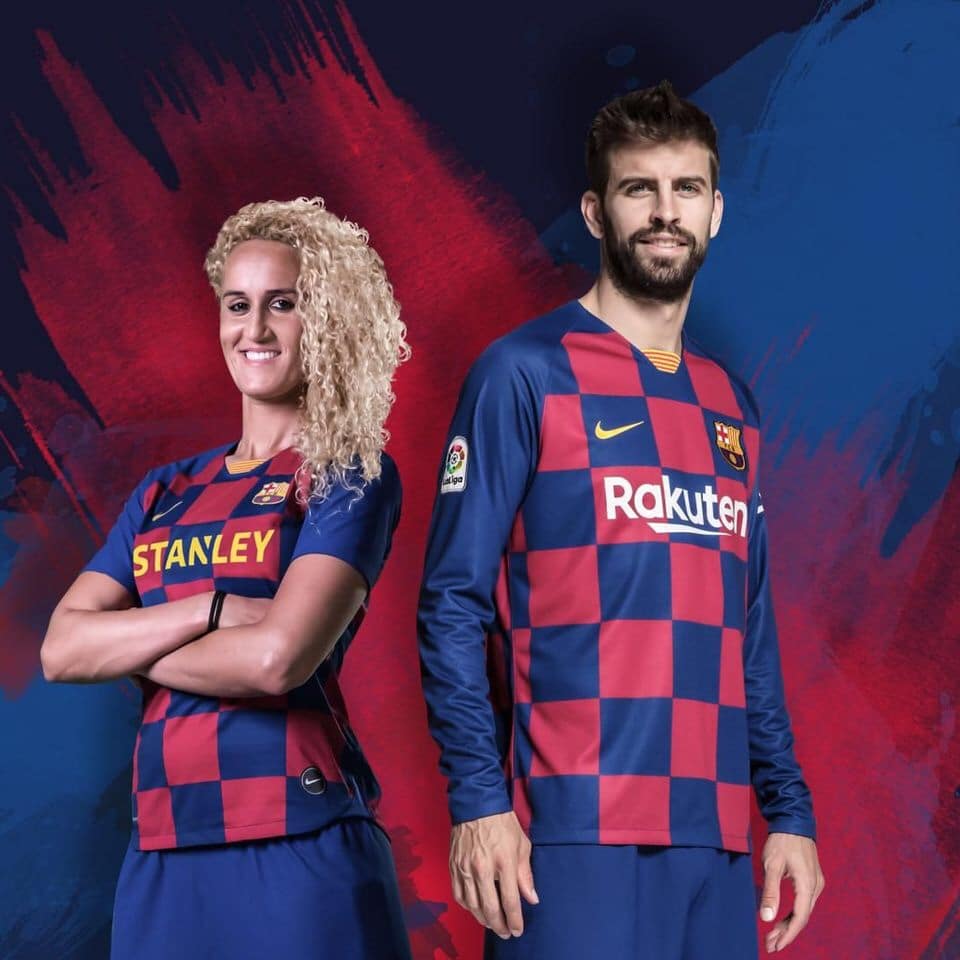 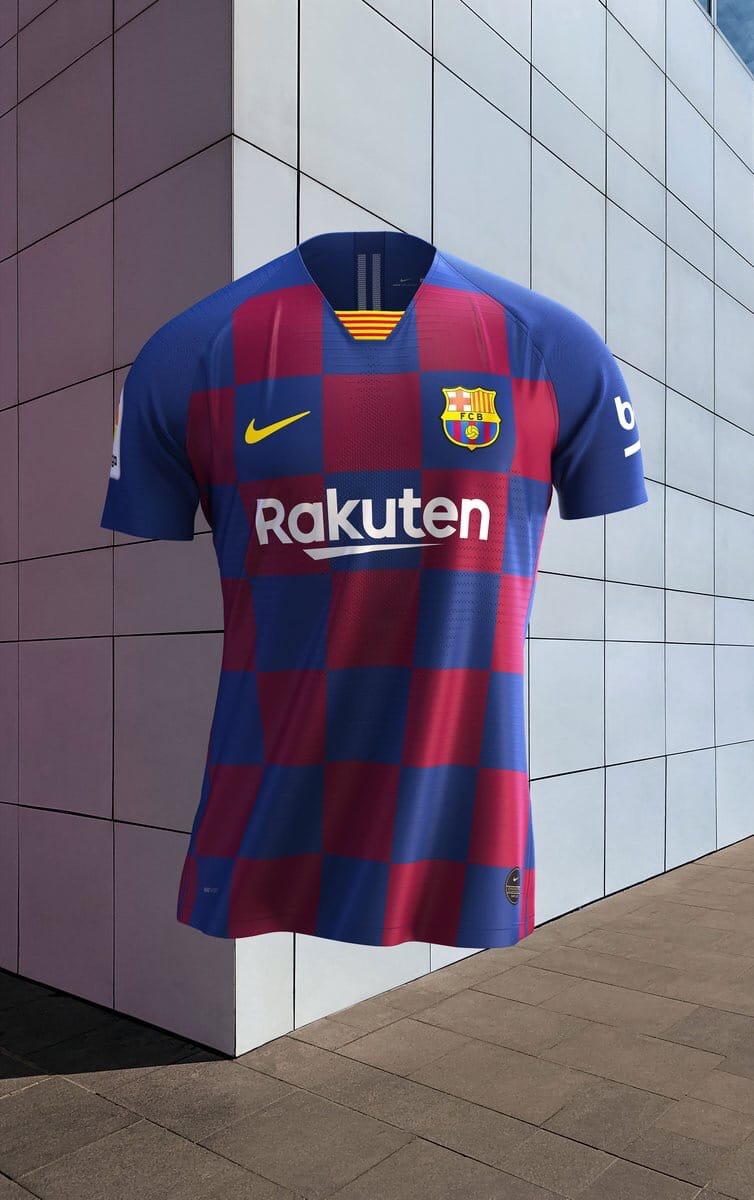 Rakuten have their logo in the centre of the football shirt coloured white. 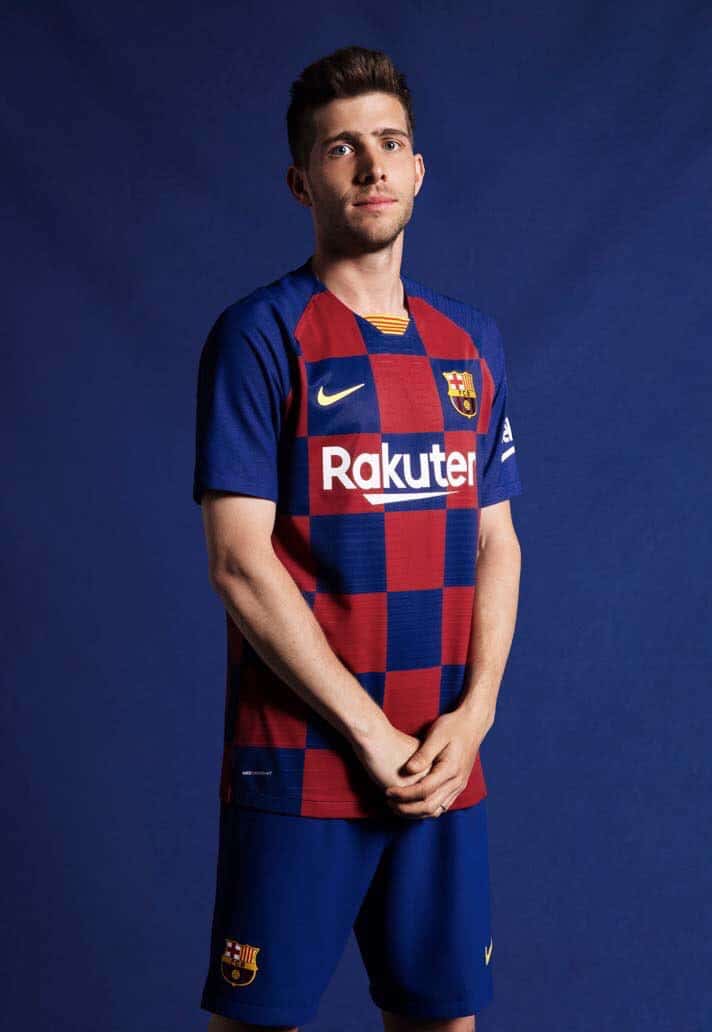