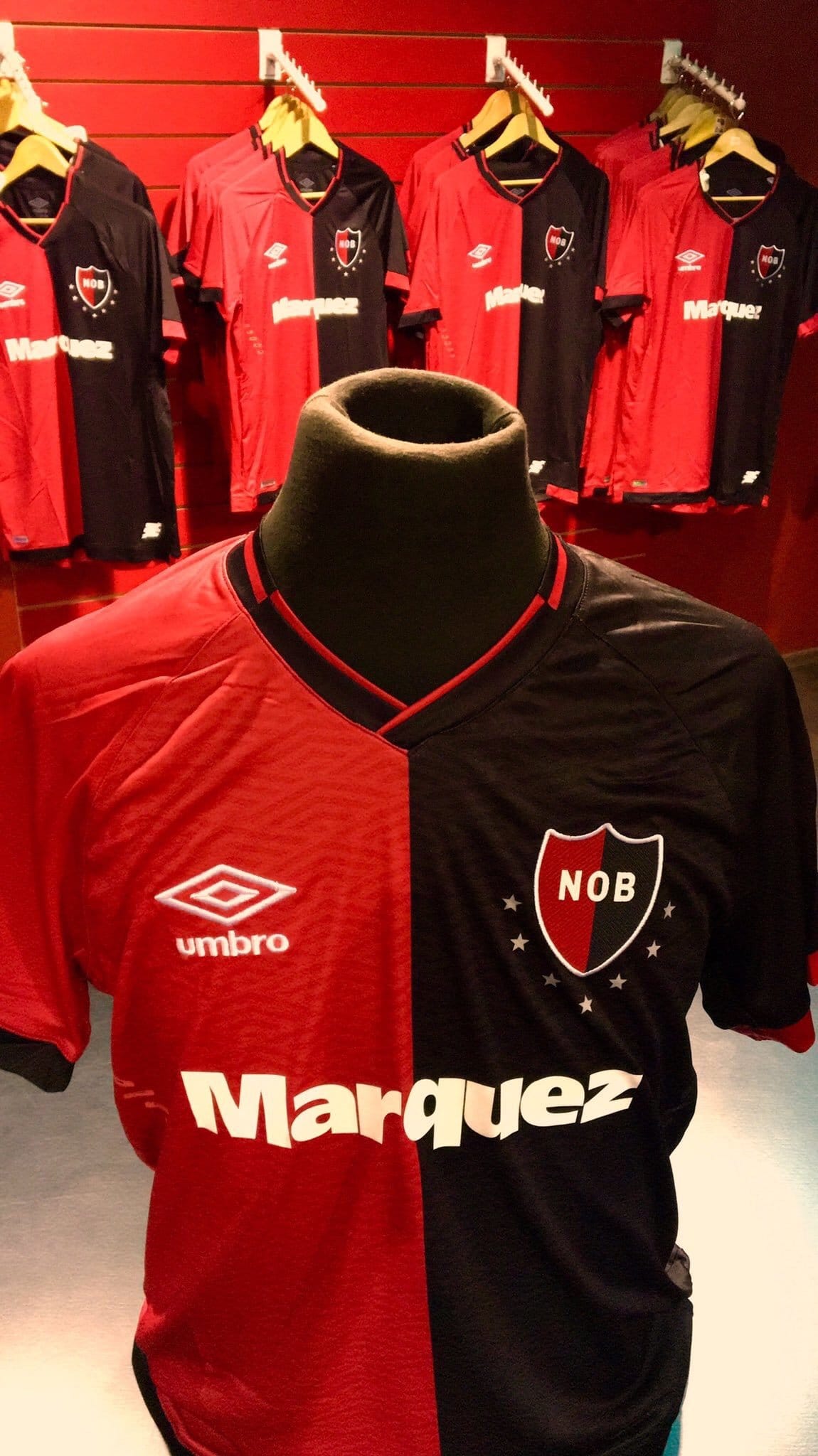 The 2019 Newells Old Boys home jersey has a half and half design that sees the right side of the shirt coloured red the left side coloured black. A subtle diamond pattern appears on the base of the jersey whilst the sleeves remain plain. 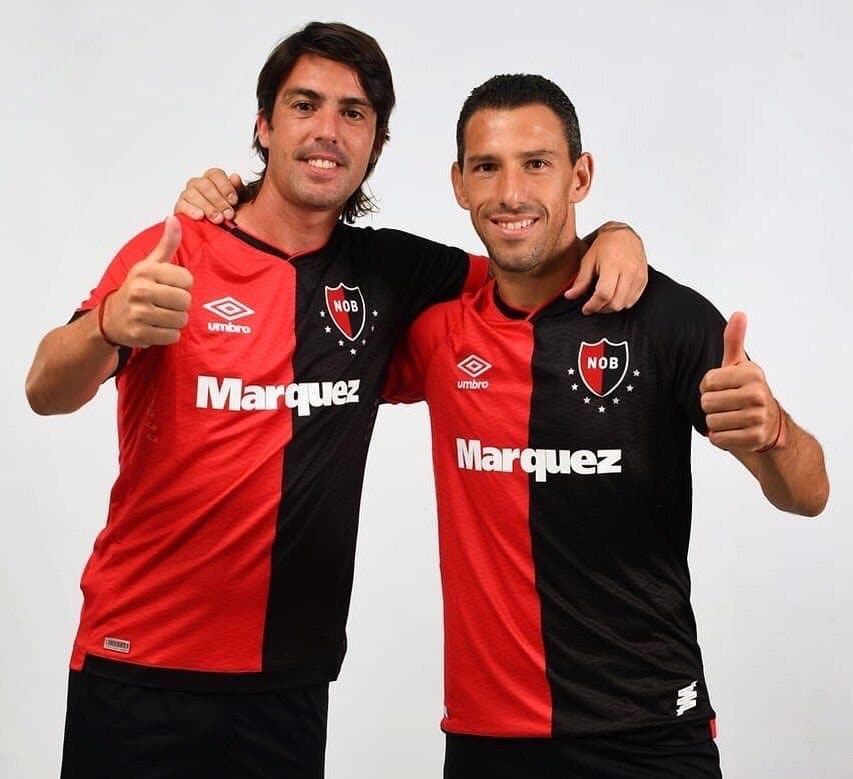 The collar is black with thin red trim whilst the hem is also coloured black.

Both the Umbro logo on the right breast and the Marquez shirt sponsor are coloured white.

Newells Old Boys badge is placed on the left breast with seven white stars around the bottom half to signify the league titles won. 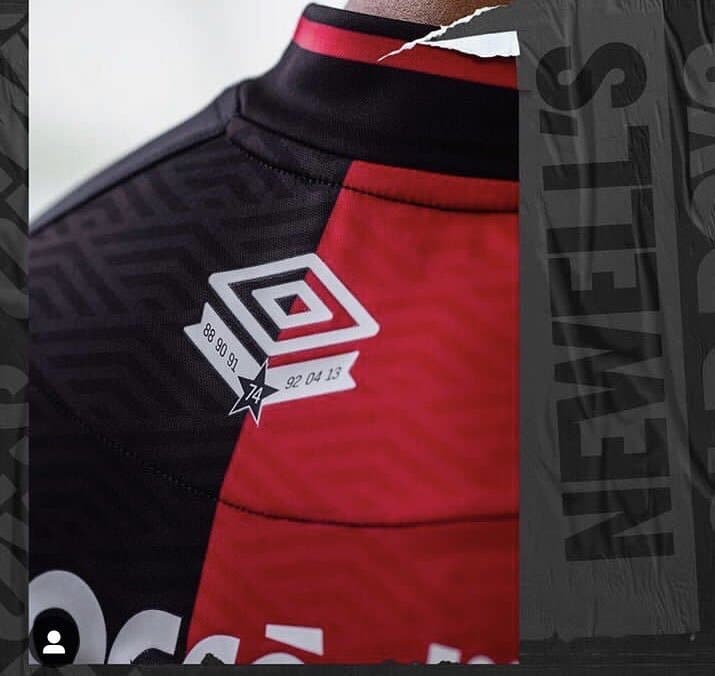 On the top of the back is a white Umbro logo, beneath it are the years NOB won their league titles, with the first ’74’ in a black star. 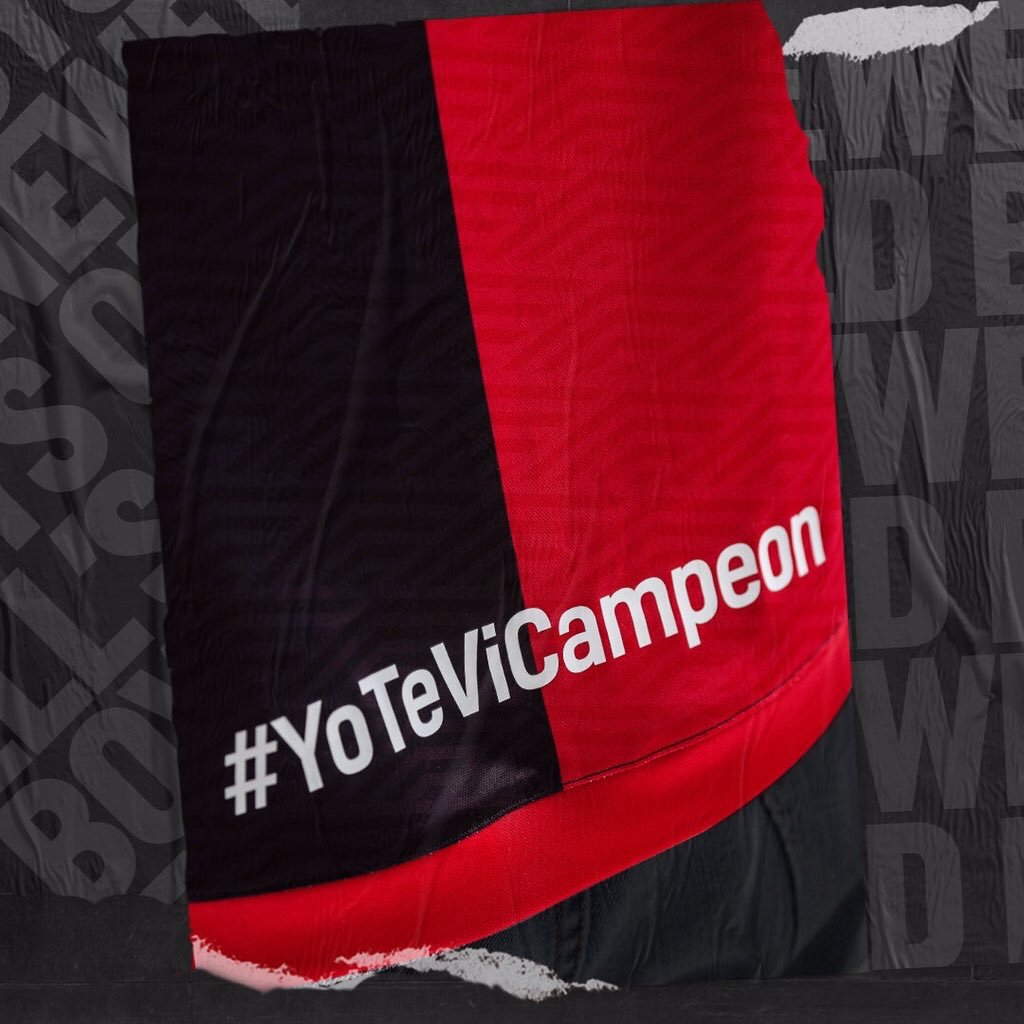 On the lower back is the hashtag ‘#YoTeViCampeon’, which translates as ‘I saw you as Champion’.