Football kit news from the MLS as the New York City FC 2019 home kit made by Adidas was released earlier today. 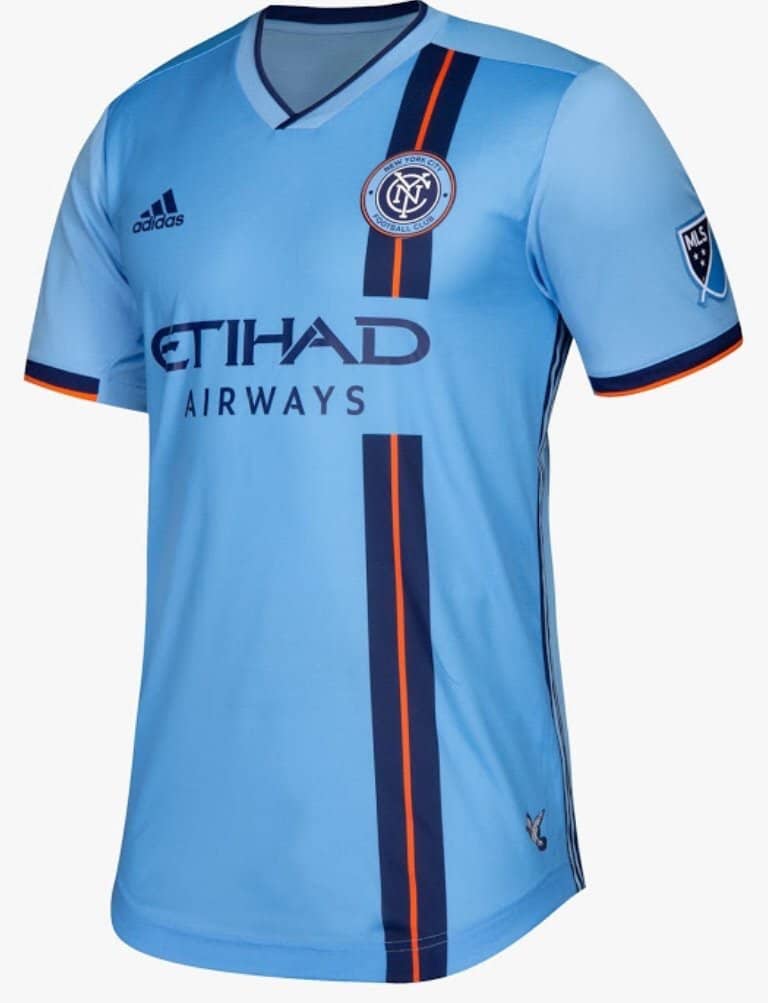 The 2019 New York City FC home jersey has a light blue base colour with a navy stripe running down the left side of the shirt. In the centre of the stripe is a thin orange line. 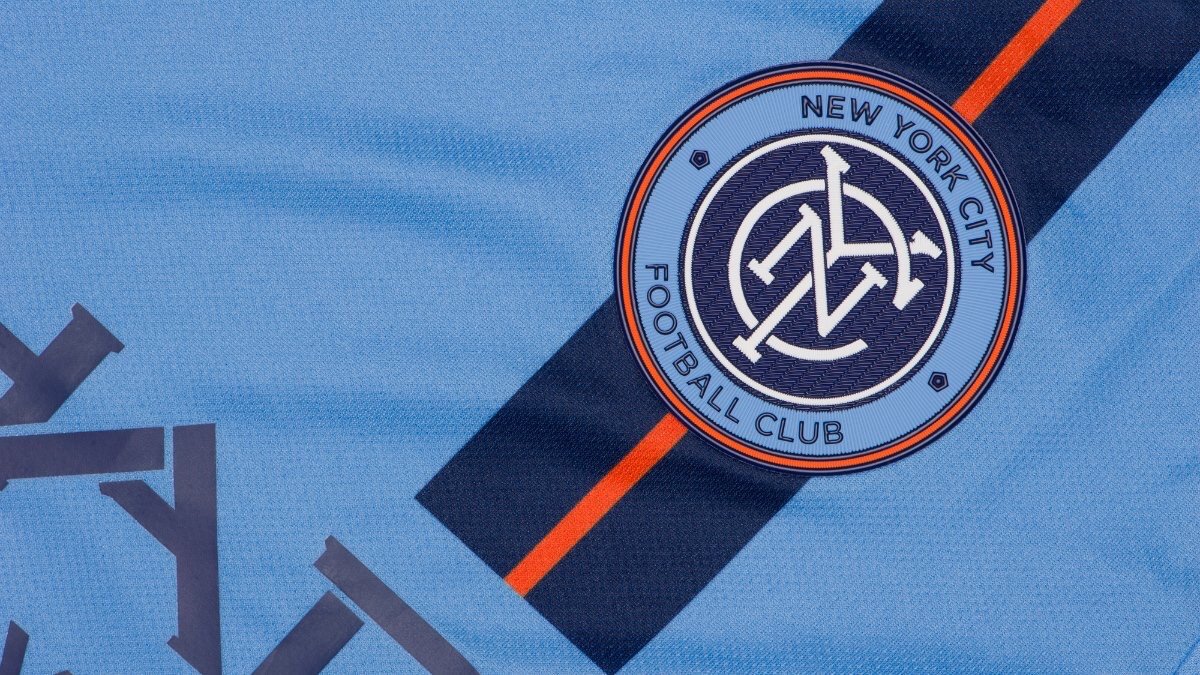 Navy Adidas stripes run down the sides of the football shirt whilst the trim on the collar, the Adidas logo on the right breast and the Etihad Airways sponsor are also coloured navy. 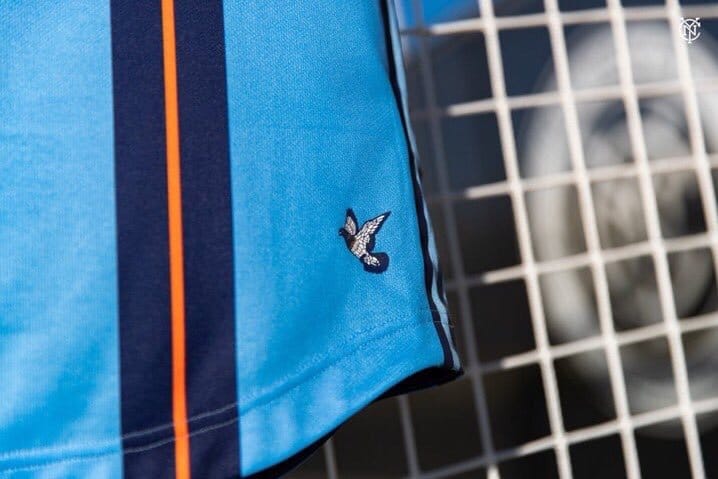 In the bottom left corner of the jersey is a pigeon in a nod to the city of New York. 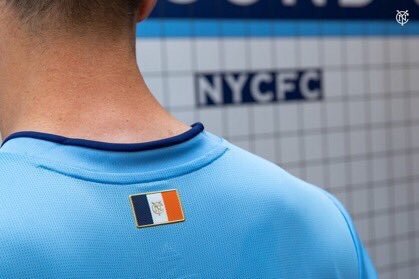 On the back of the neck is the New York City flag. 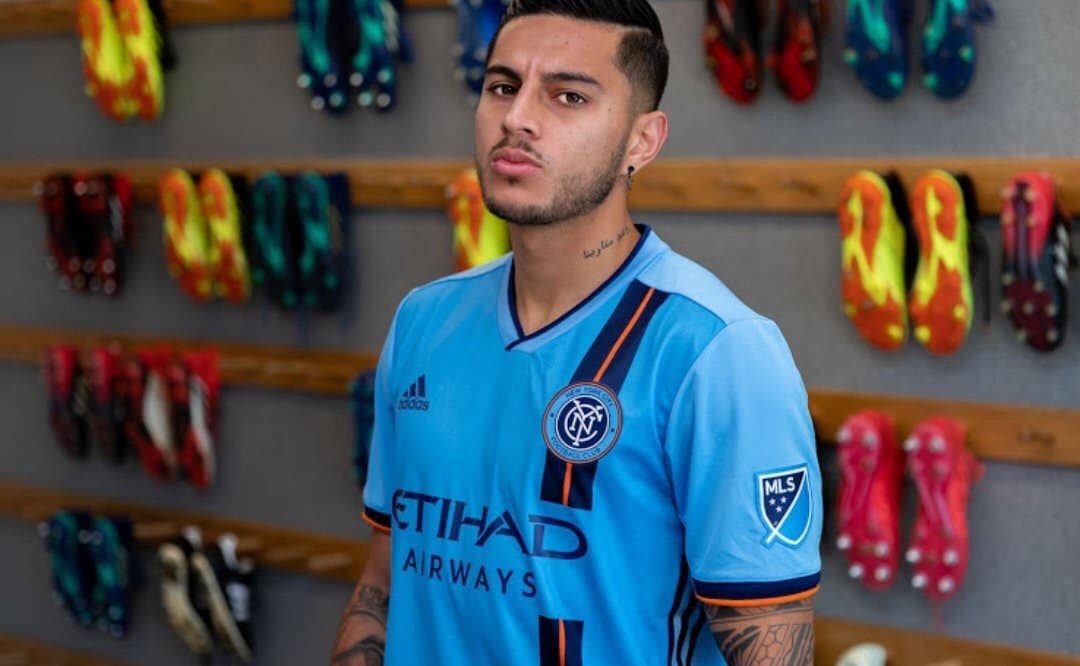