Soccer news from America this morning as newly formed New Mexico United have revealed their inaugural 2019 home kit made by Adidas. 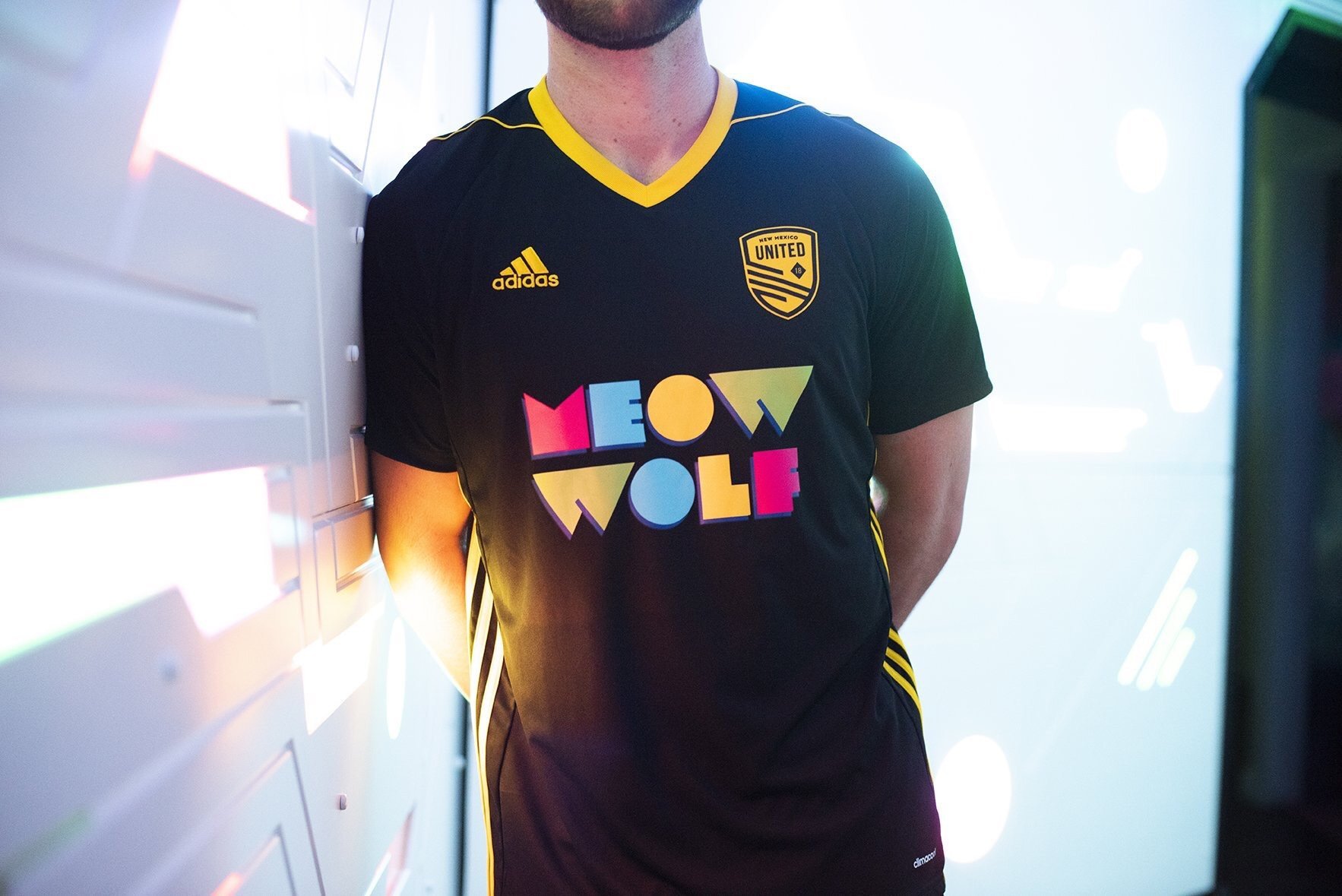 Only formed in June 2018, New Mexico United will play their first season in the USL Championship. 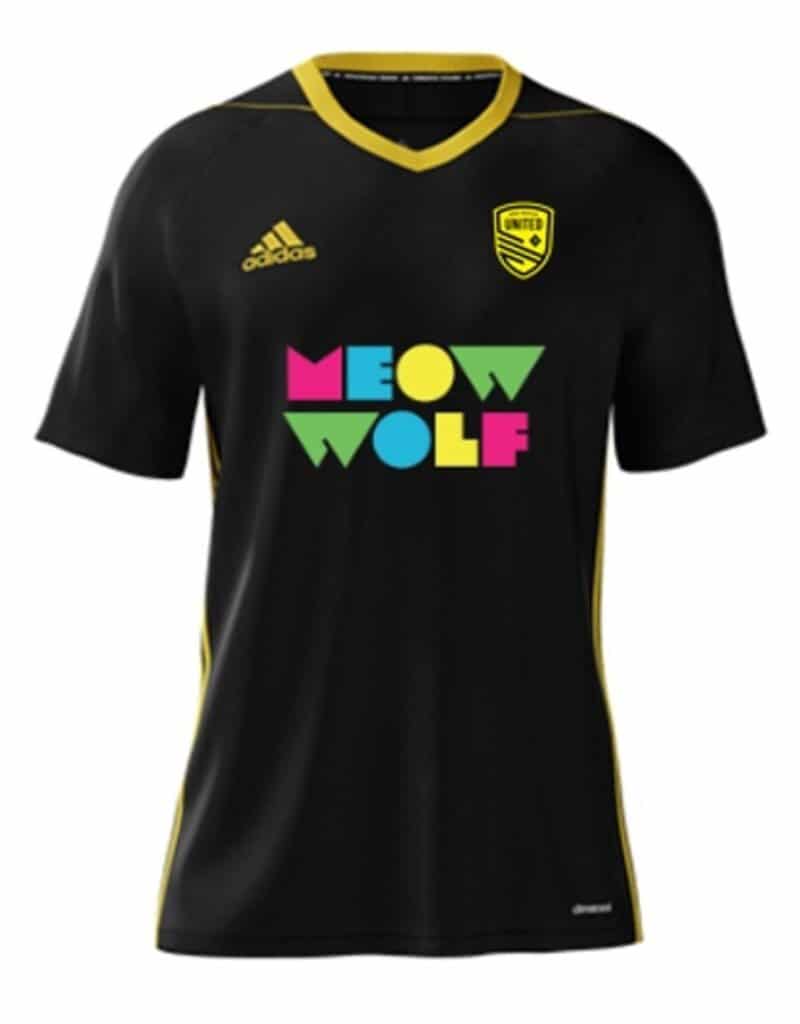 The home 2019 New Mexico United jersey is predominantly black with a yellow collar and yellow Adidas details including the stripes down the sides of the jersey and the German brands logo on the right breast.

On the left breast is the New Mexico United badge.

The most striking part of the football shirt is the colourful Meow Wolf logo in the centre of the jersey.

Meow Wolf is a world renowned art collective based in Santa Fe and represents the New Mexico culture. 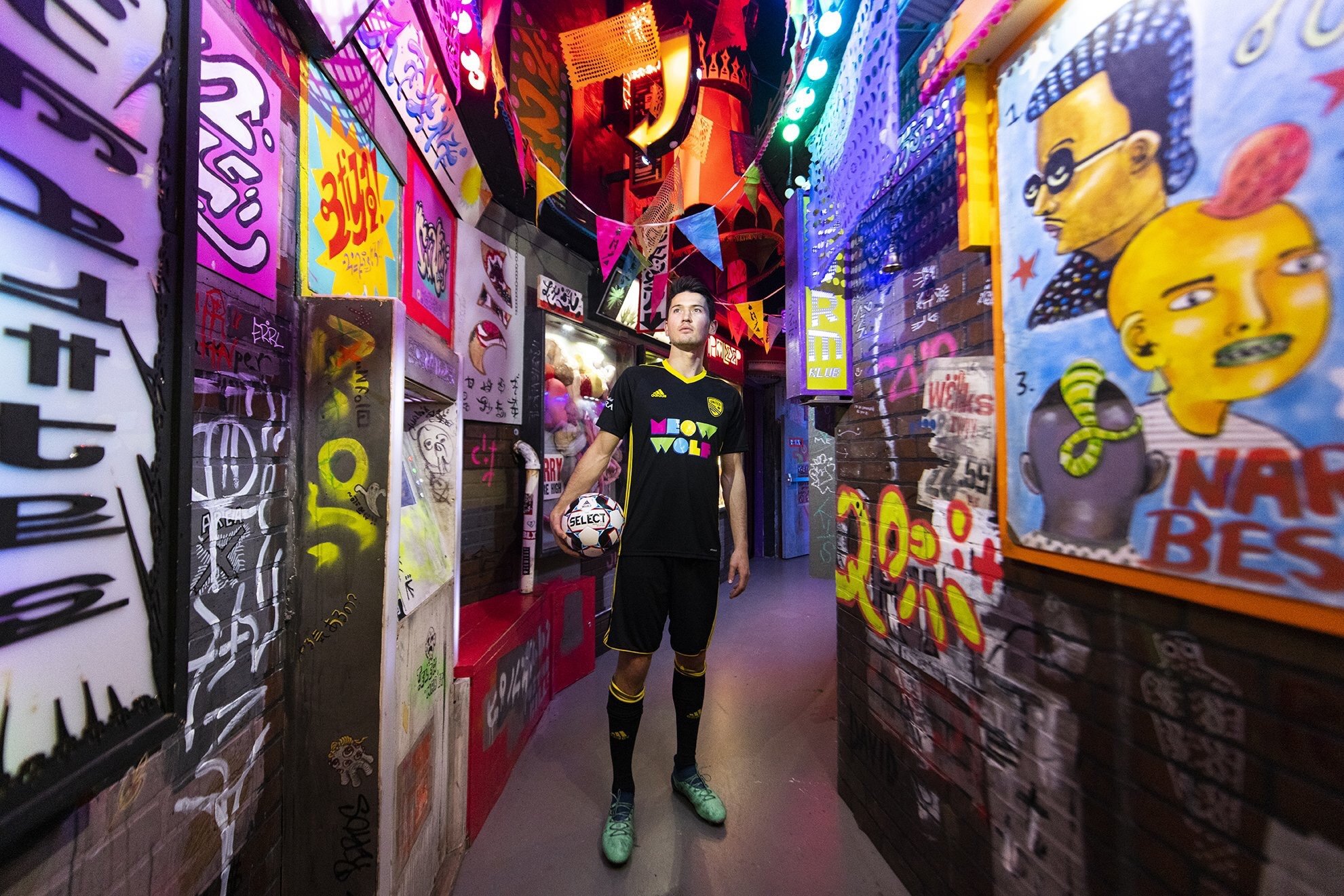 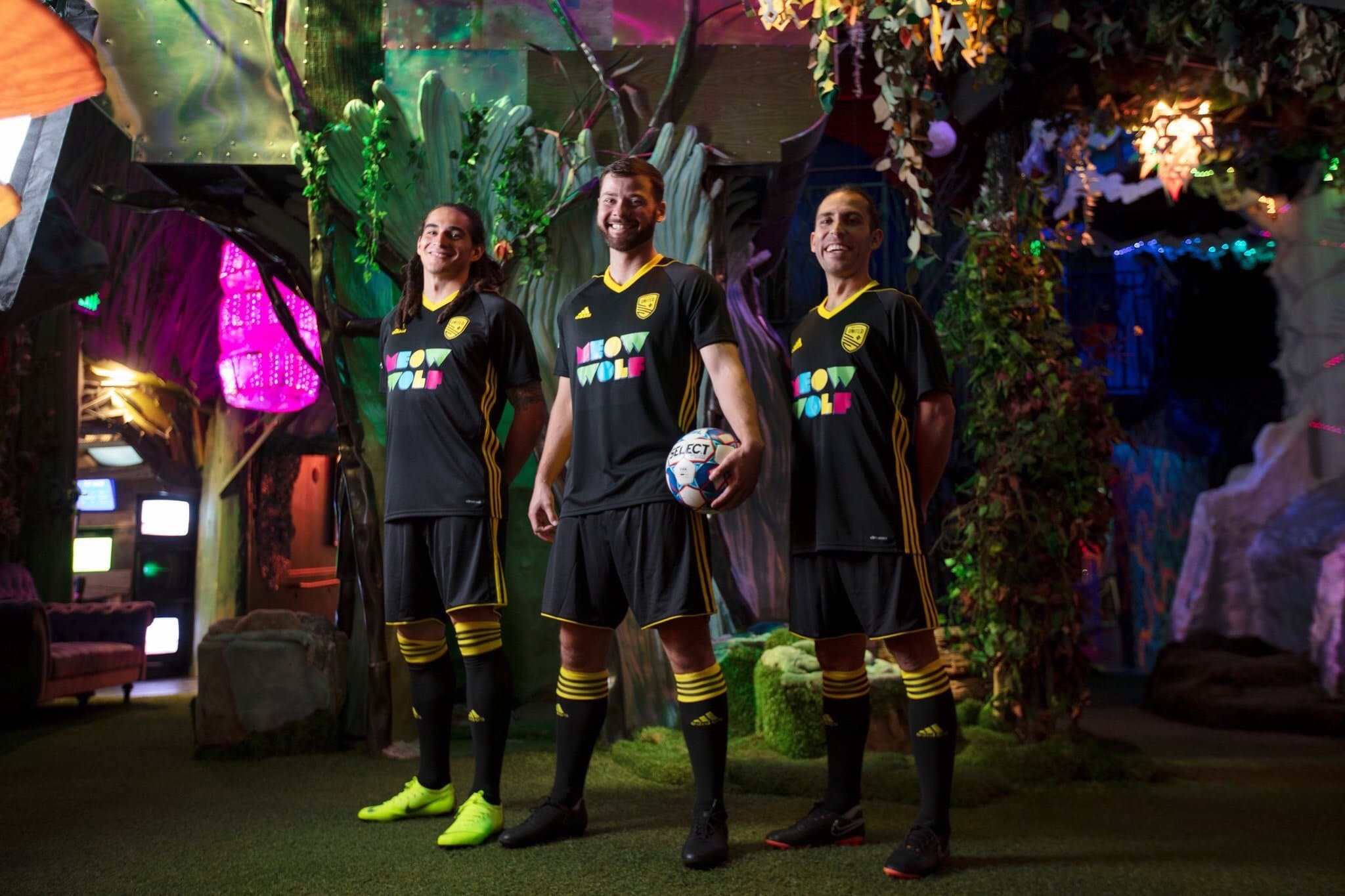