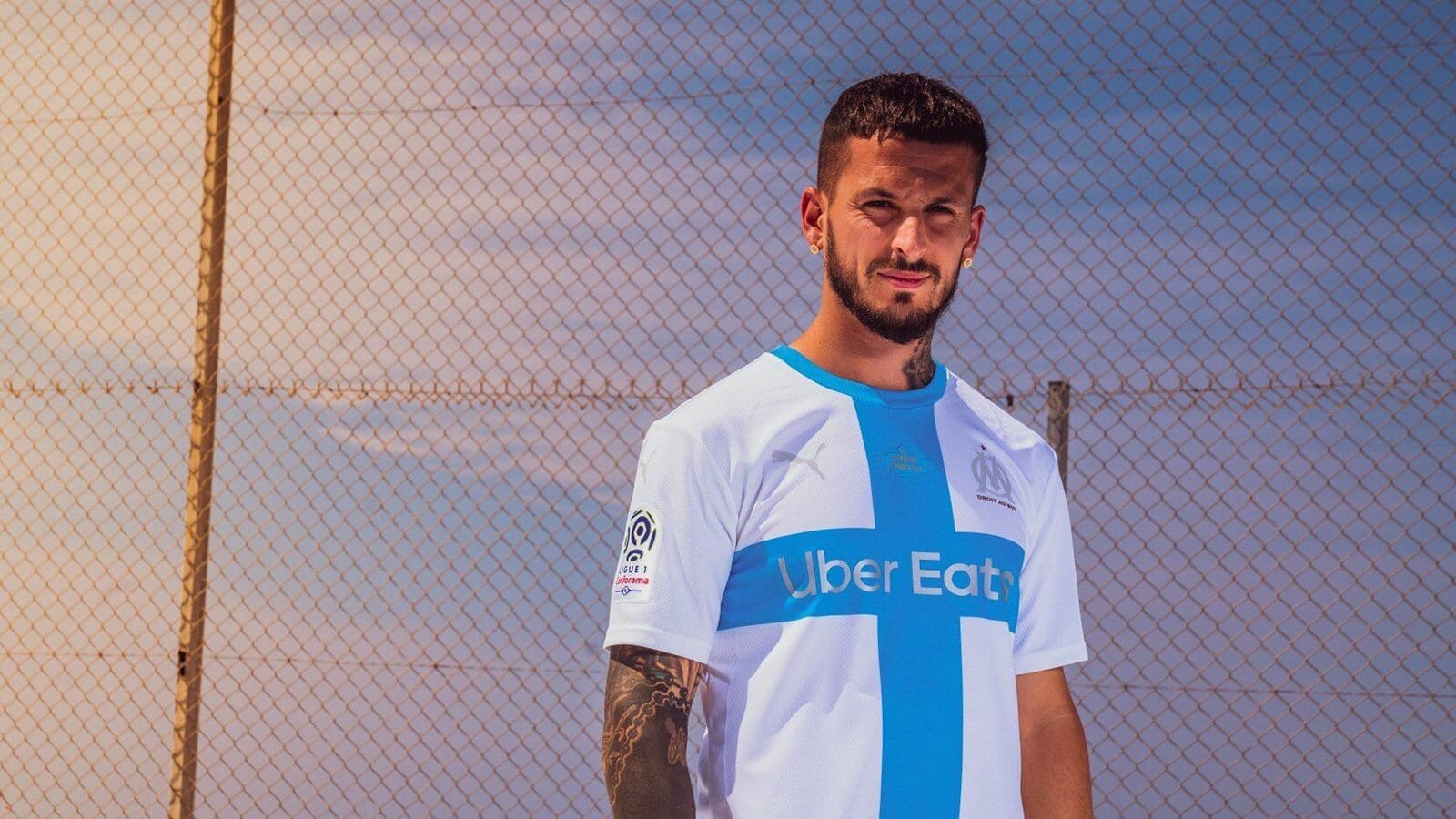 The 2019-20 Marseille 120th anniversary shirt has a white base colour with a sky blue cross on the front. 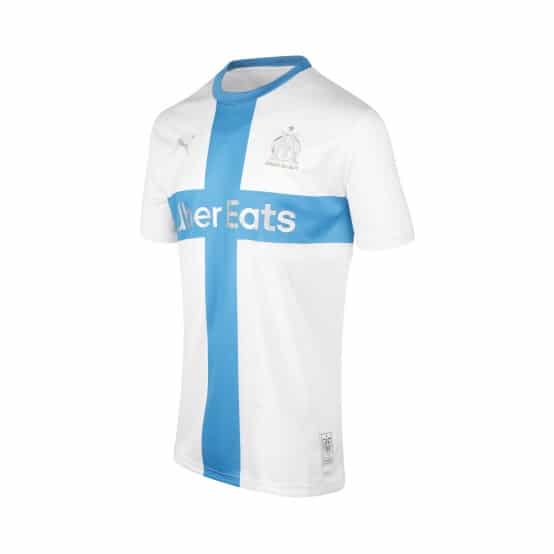 The crew neck collar is also coloured sky blue whilst the Puma logos on the right breast and sides of the shoulders are coloured metallic silver. 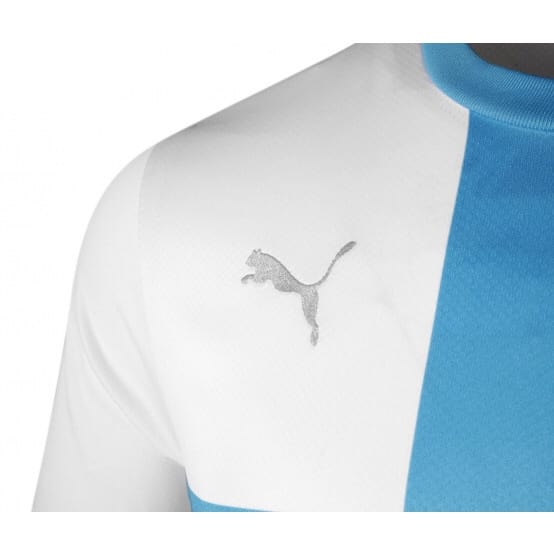 The Olympique Marseille crest on the left breast is also coloured metallic silver although the star above it and the lettering beneath are coloured gold. 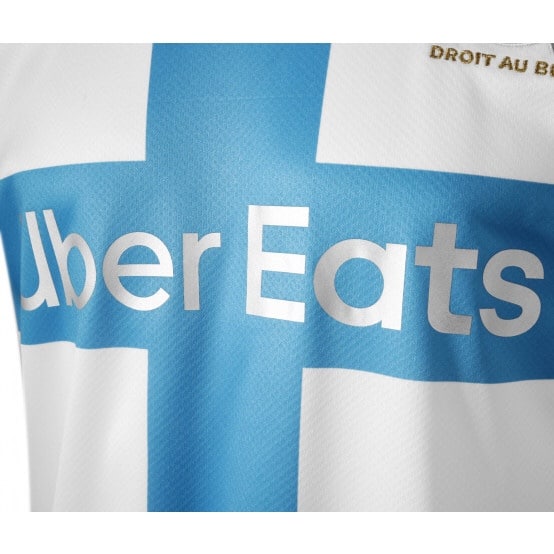 The Uber Eats shirt sponsor which appears on the blue cross is coloured metallic silver. 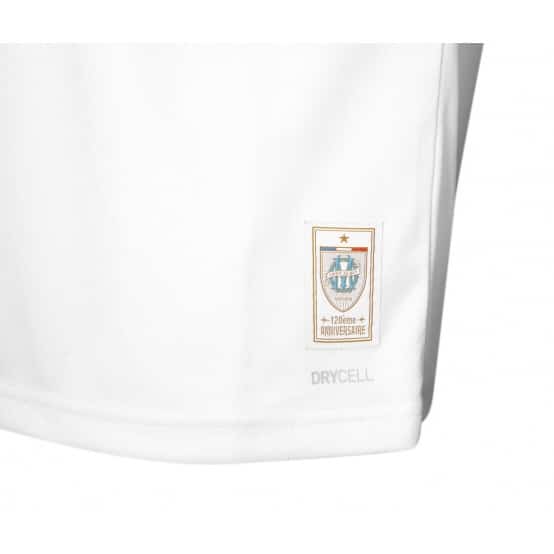 A tab marking the clubs 120th anniversary appears in the bottom left corner of the front.

Only 1899 of these limited edition Marseille jerseys will be made available to purchase. 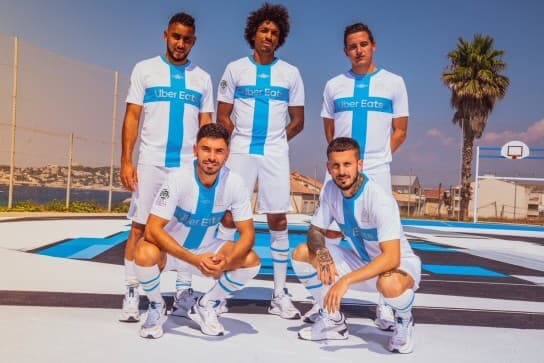