Football kit news from the English Premier League as the new Manchester United 2019-20 third shirt made by Adidas has been leaked.

The 2019-20 Manchester United third shirt has been leaked alongside other items such as a training jacket, a training shirt, a cap and a UEFA Champions League ball although Man Utd will be in the Europa League next season. 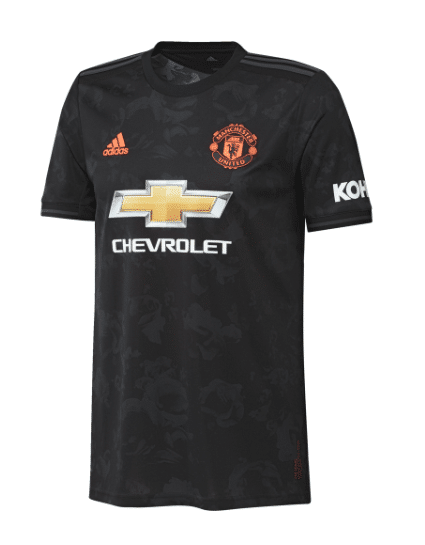 The third Manchester United jersey 2019-20 is inspired by the first Man Utd team that won the FA Cup Final back in 1909. The jersey has a black base colour with a subtle Manchester Rose pattern to mark the 110th Anniversary since the triumph.

Subtle black Adidas stripes are placed on the shoulders whilst the German brands logo on the right breast and the MUFC crest on the left breast are coloured red.

Car manufacturers Chevrolet have their logo in the centre of the football shirt.