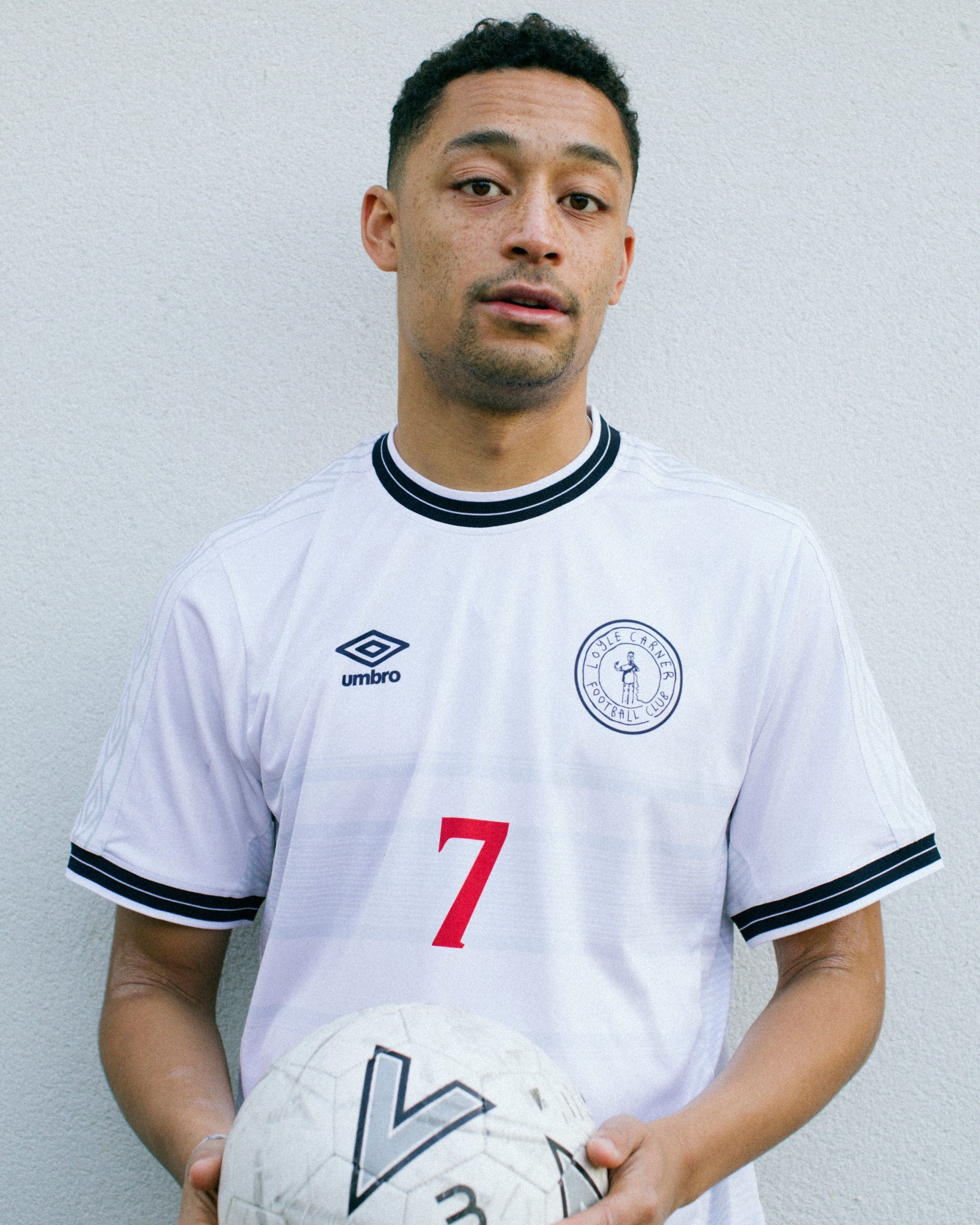 Loyle Carner’s love for retro football shirts is second to none, wearing them on stage during performances and even swapping tickets from his sold out tour for vintage football shirts in 2017. 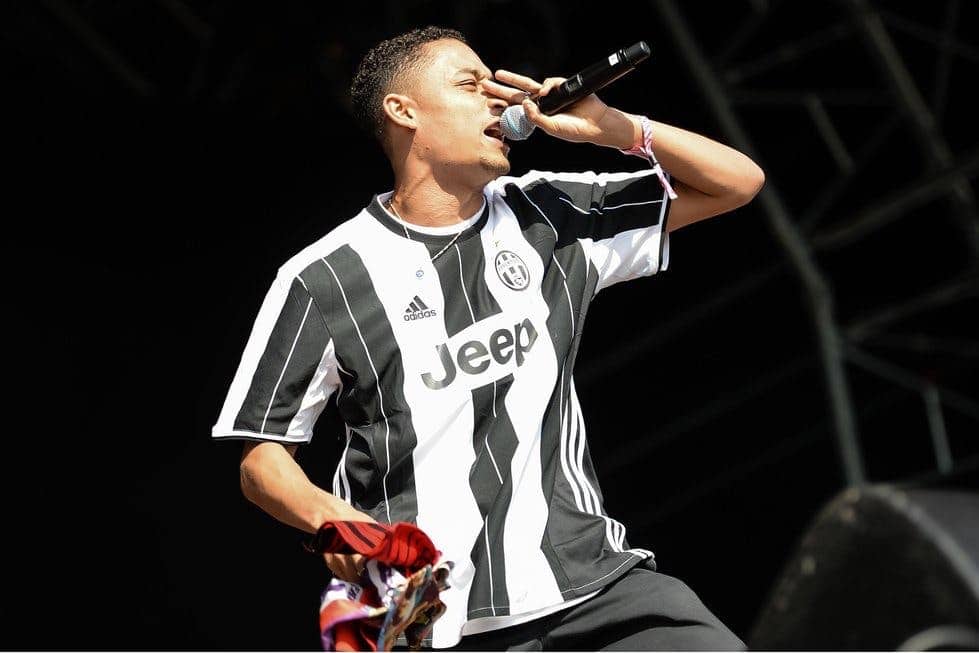 Inspired by the 1999-01 England home shirt, one of Carner’s favourite England jerseys, the Loyle Carner X Umbro shirt is predominantly white with a navy collar and cuffs that feature a white pinstripe running through the centre. 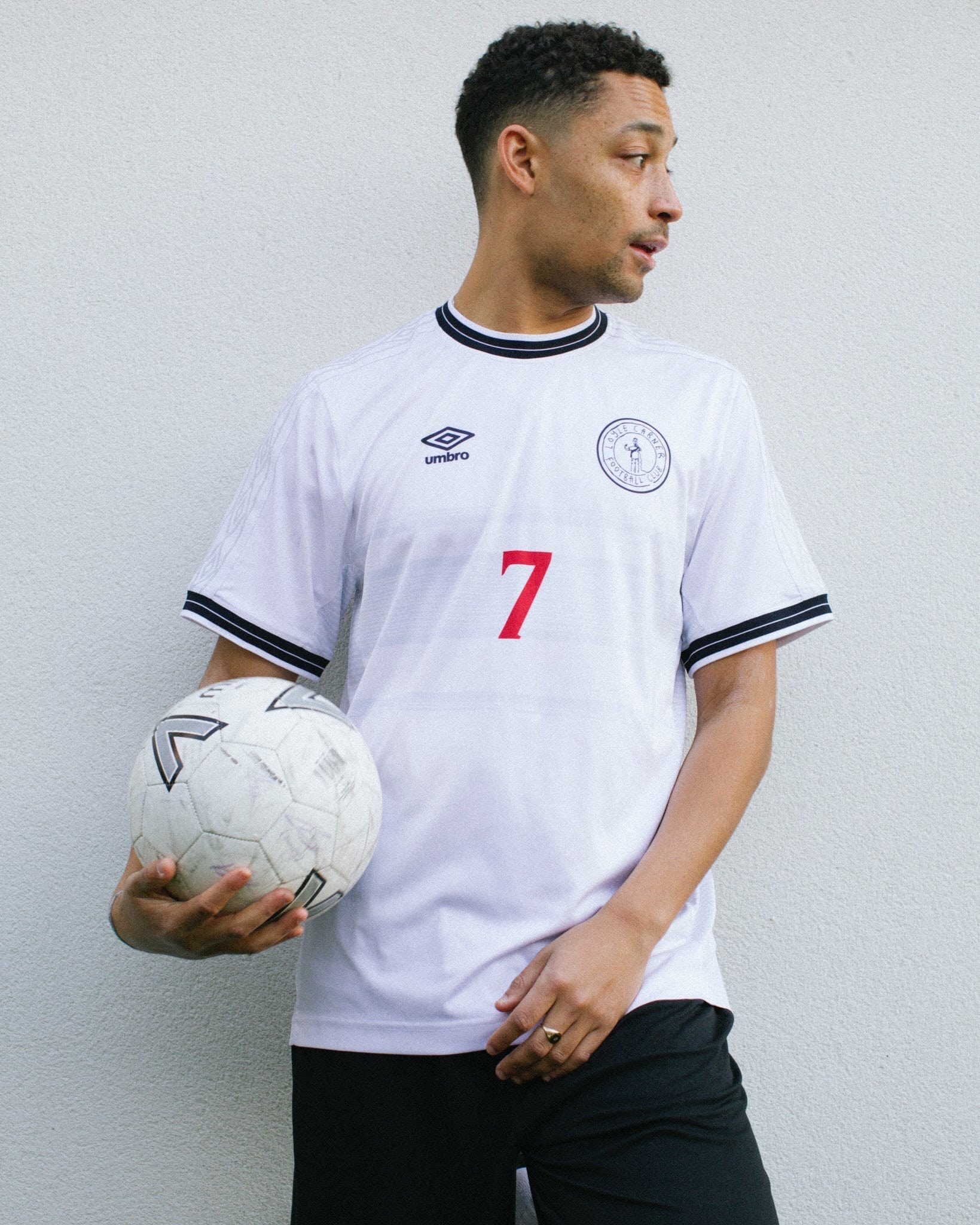 As with the original jersey a tonal double diamond pattern runs along the top of the sleeves. 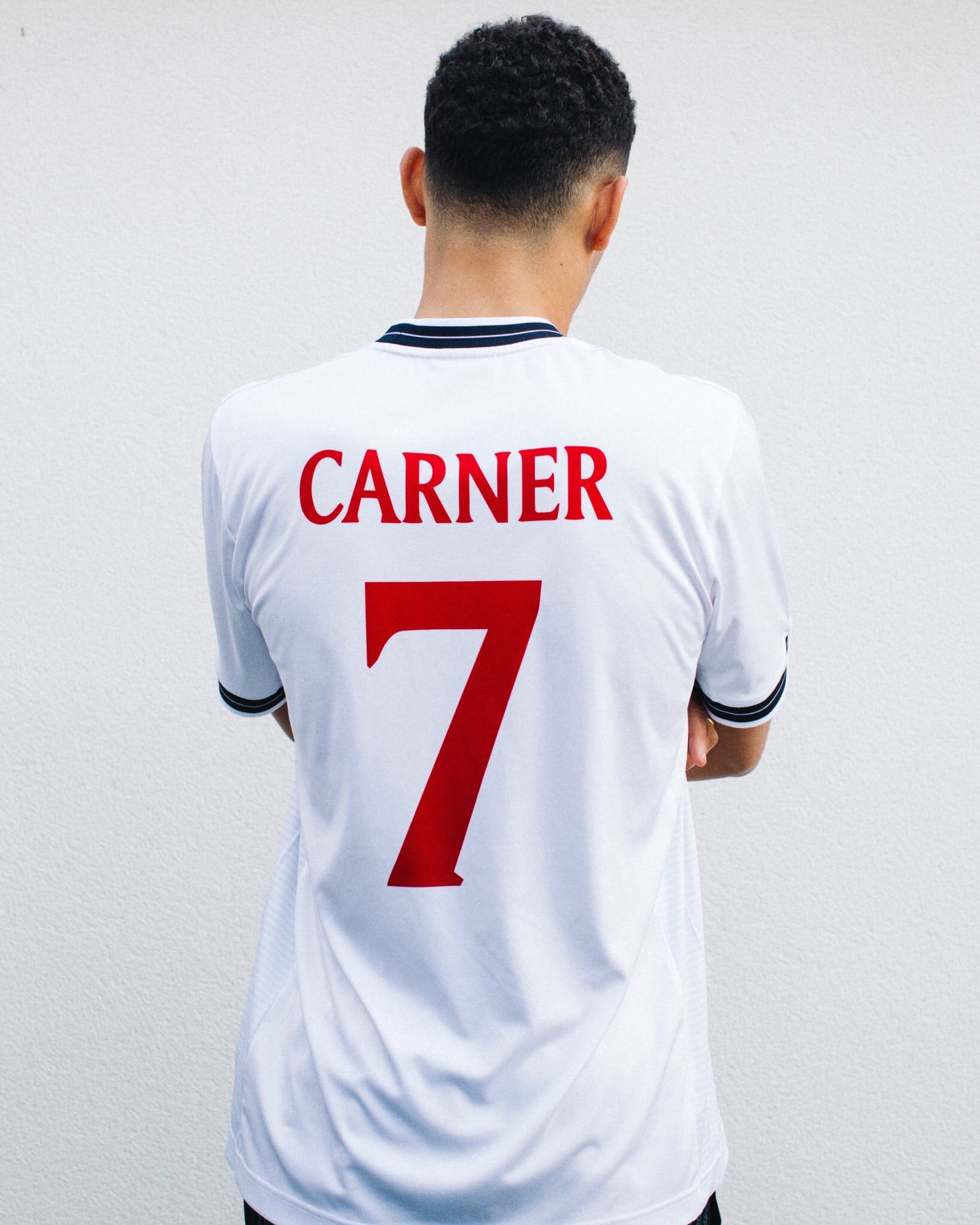 On the back of the shirt is red ‘Carner 7’, inspired be England legend David Beckham. 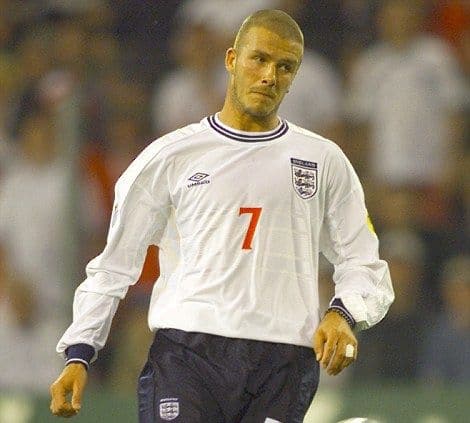