News from the English Premier League as the Liverpool 2019-20 home kit made by New Balance has been officially revealed, confirming yesterday’s leaked images on The Kitman. 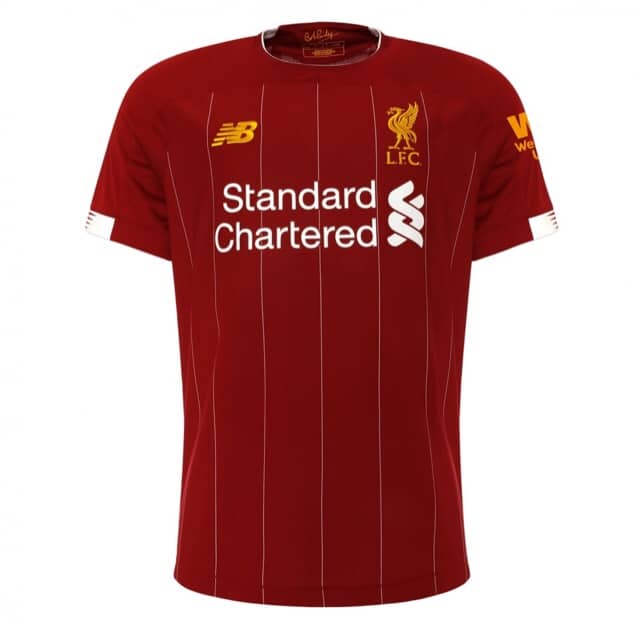 The new Liverpool kit celebrates the life of the clubs most successful manager Bob Paisley commemorating 100 years since his birth with his signature inside the neckline.

The 2019-20 Liverpool home shirt takes its inspiration from the 1982-83 home jersey, a season in which The Reds won their thirteenth league title with Bob Paisley at the helm. Liverpool’s new home shirt predominantly red and features white pinstripes on the front. 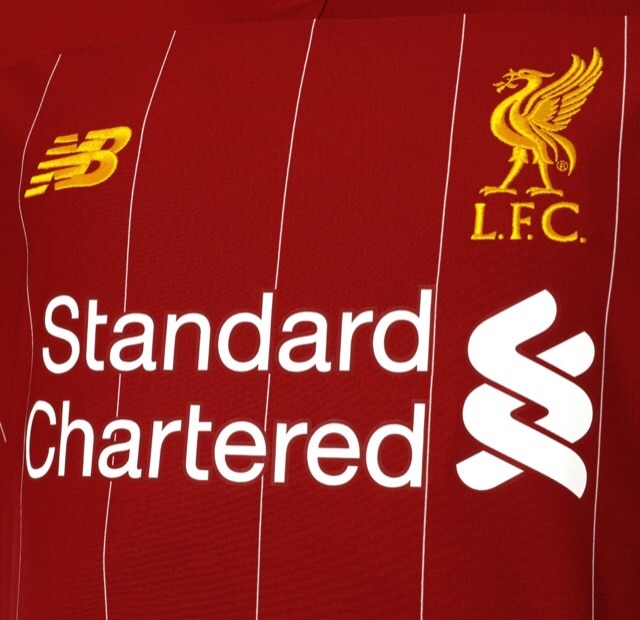 The New Balance logo on the right breast is coloured gold as is the Liver bird on the left breast and the Western Union sleeve sponsor.

Standard Chartered have their name in the middle of the football shirt coloured white. 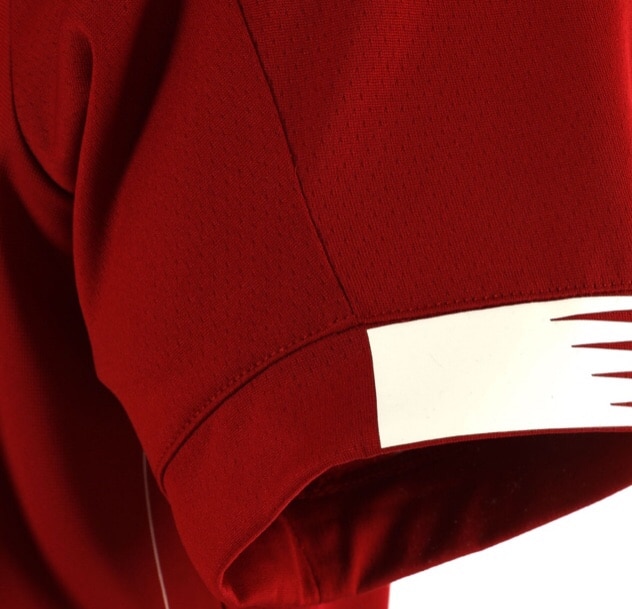 The trim on the cuffs have a half and half design that sees the inside coloured red the outside coloured white. 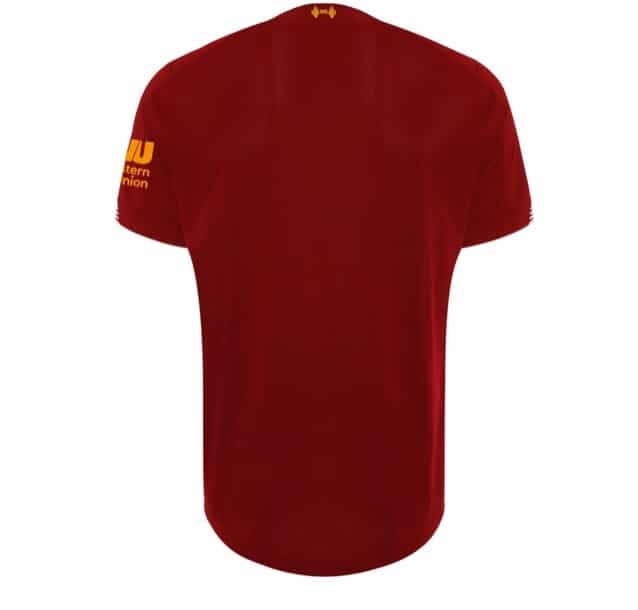 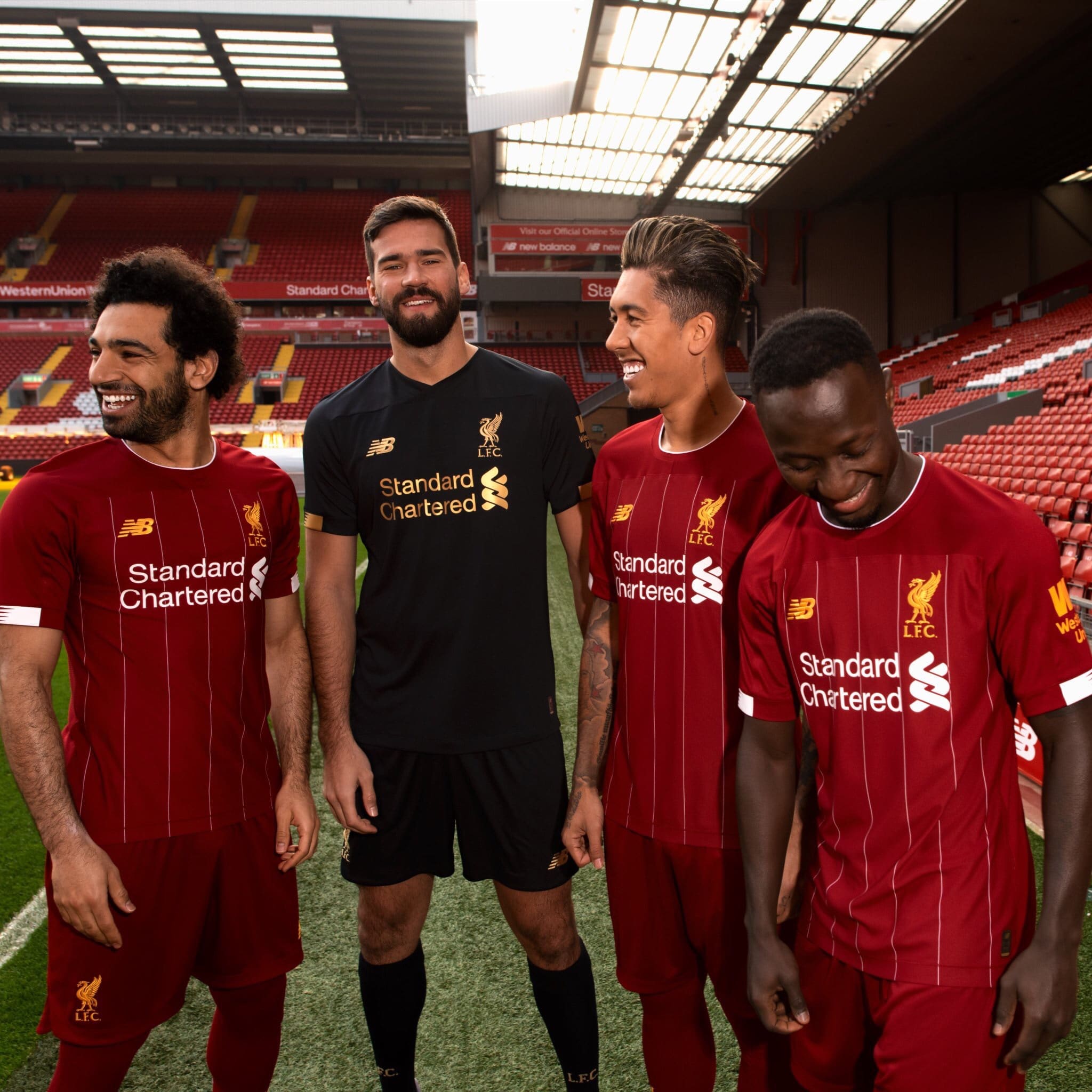 Checkout the classic Liverpool football shirts currently available to buy from The Kitman! 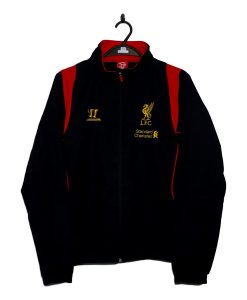 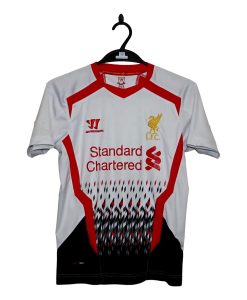 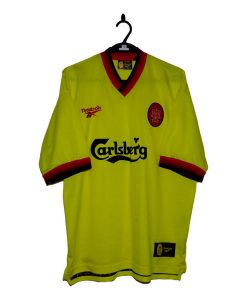 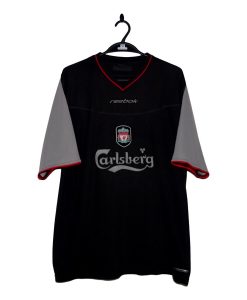 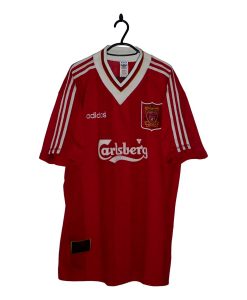 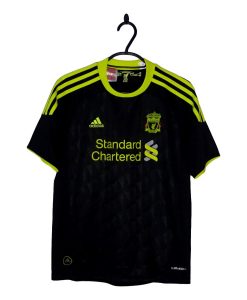 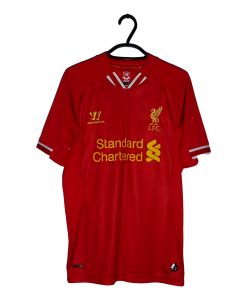 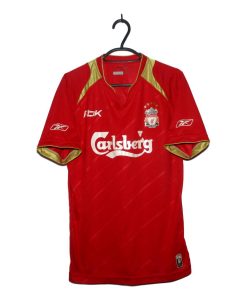