News from the English Premier League as the new Liverpool 2019-20 home kit made by New Balance appears to have been leaked ahead of its official release tomorrow. 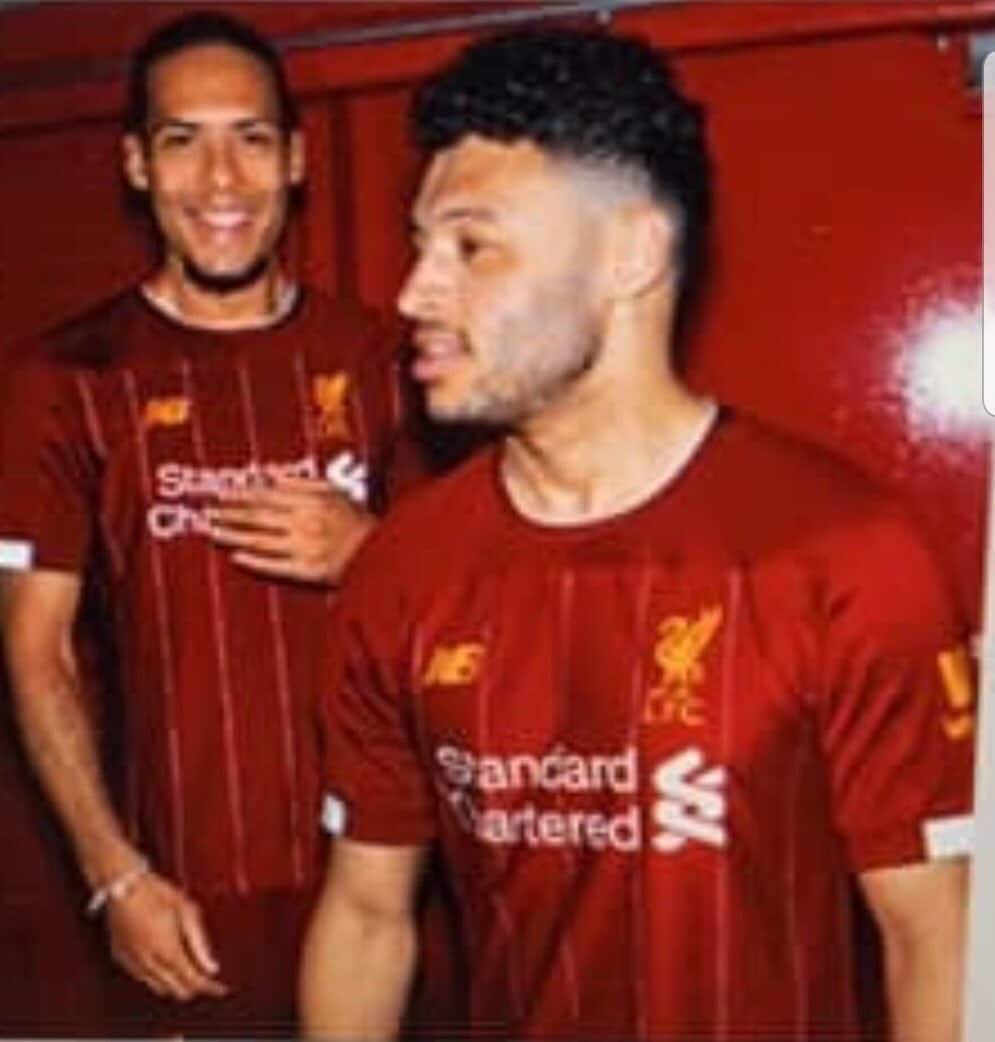 The image above shows Vigil Van Dijk and Alex Oxlade-Chamberlain sporting the 2019-20 home shirt which is inspired by the 1984 European Cup Final kit and is predominantly red with white pinstripes running down the front. 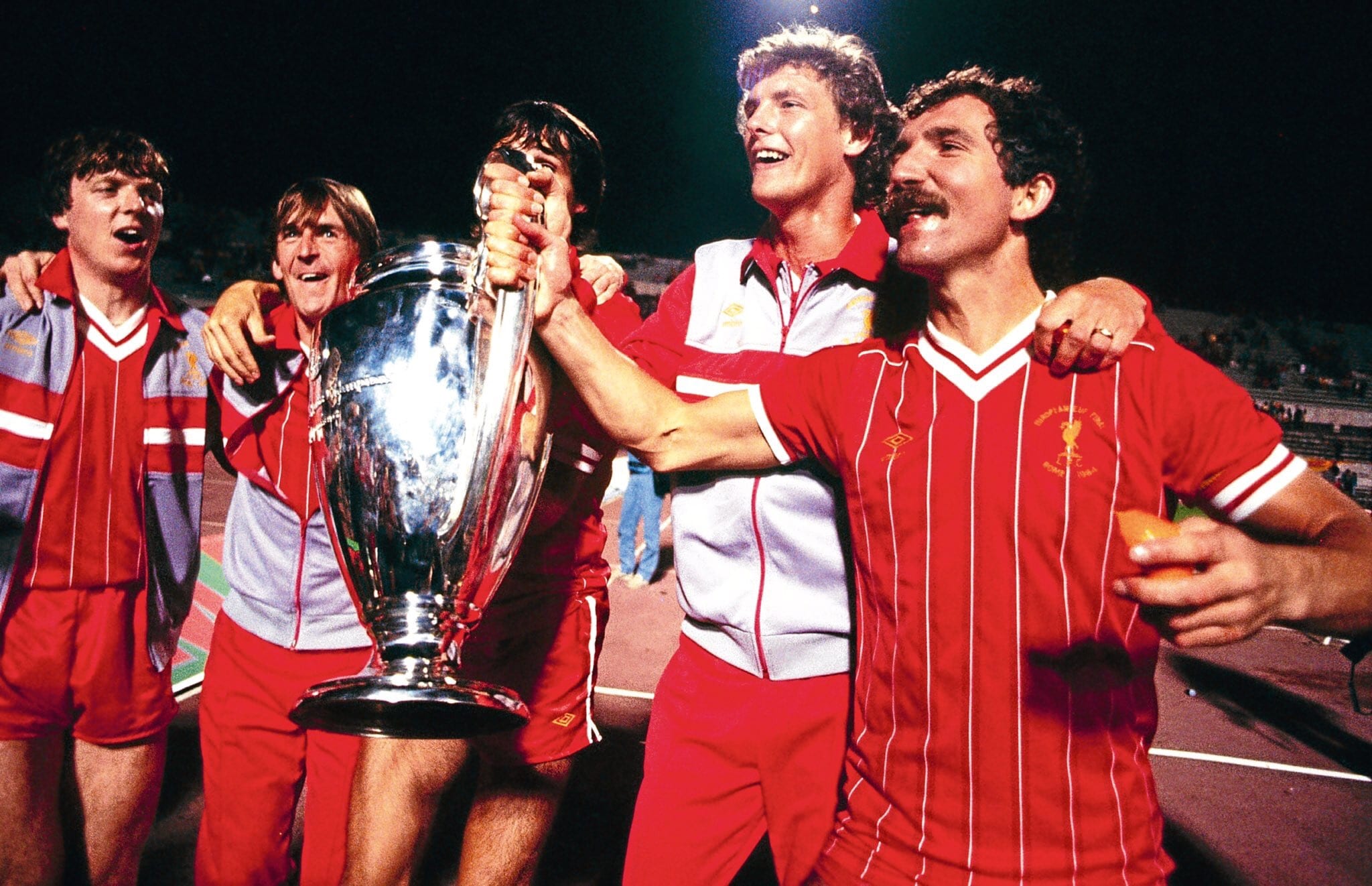 Both the New Balance logo on the right breast and the LFC crest on the left breast are coloured gold as is the Western Union sleeve sponsor. 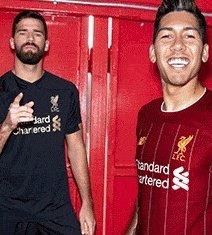 Liverpool’s new home shirt is completed with half and half red and white cuffs.

In the image above you can also Allison wearing the new black Liverpool goalkeeper jersey.

Checkout our classic Liverpool Football Shirts Available to Buy from The Kitman!