News from France as a limited edition FC Nantes Emiliano Sala tribute kit made by New Balance has been revealed. 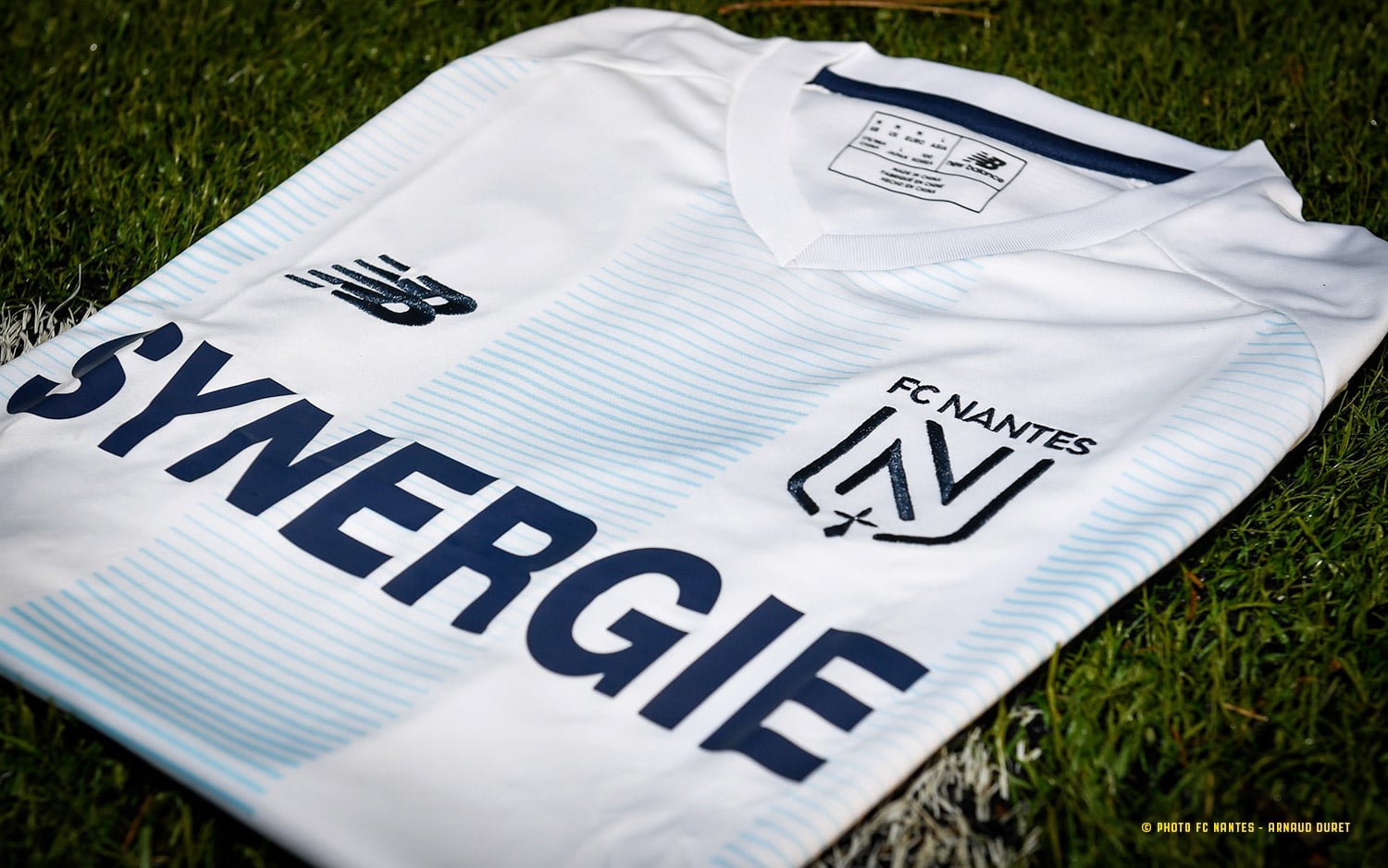 One year ago today on 21st January 2019 Emiliano Sala and his pilot tragically died after the light aircraft they were on crashed into the English Channel. Sala was on his way to sign for then English Premier League side Cardiff City who were managed by Neil Warnock. 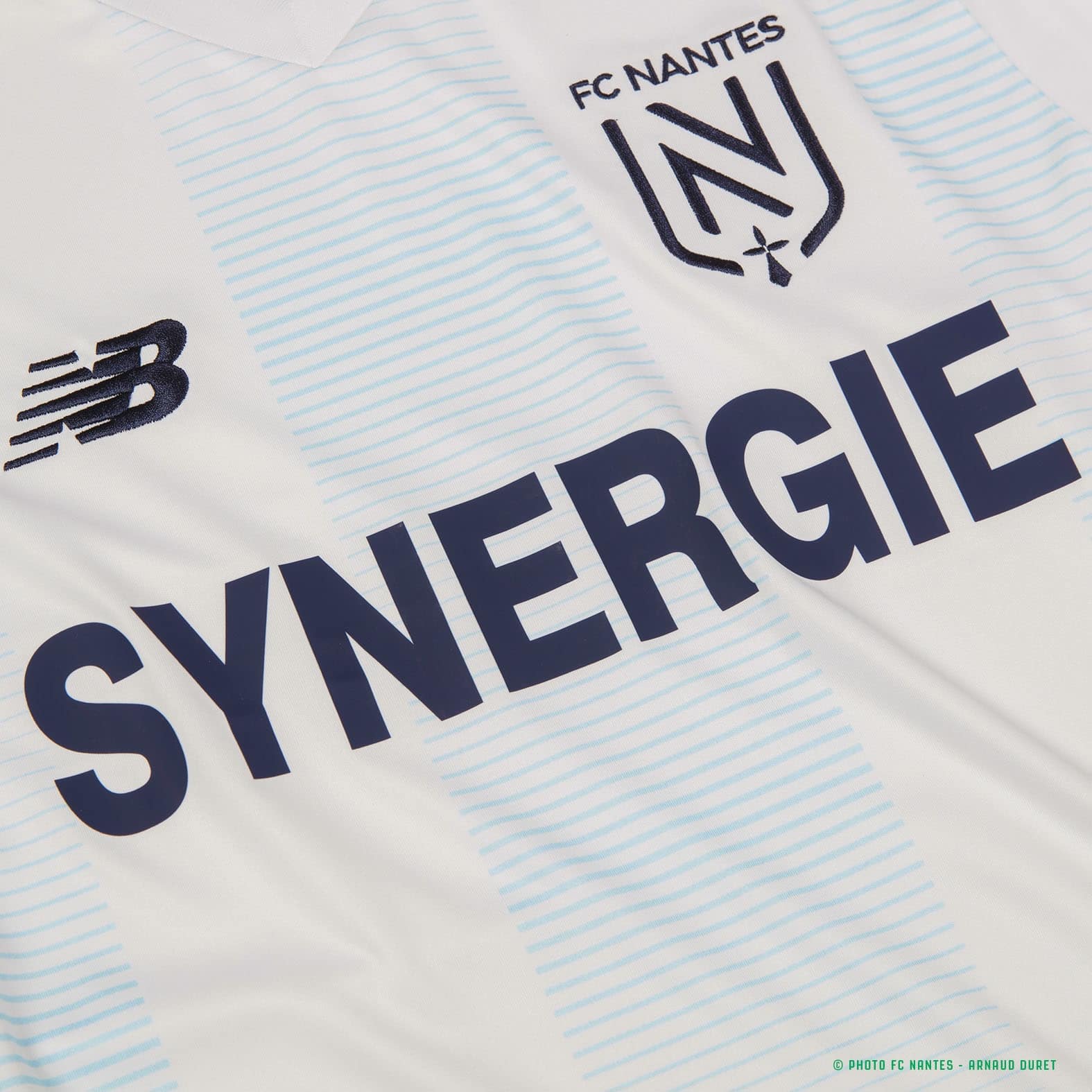 To mark the anniversary of Sala’s death, FC Nantes have unveiled a special light blue and white edition of their 2019-20 home shirt as they remember Sala’s dream of playing for his home nation Argentina. 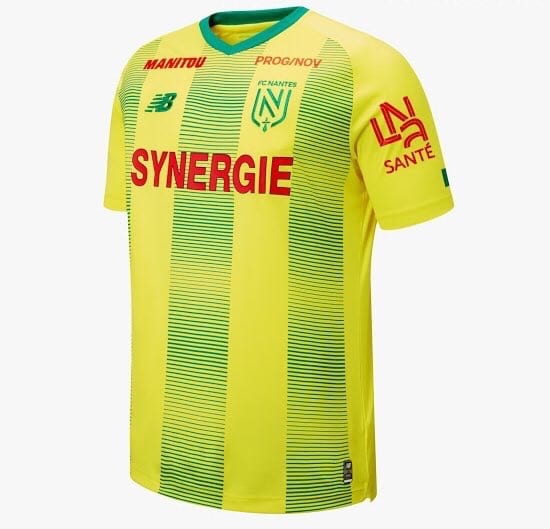 The 2020 Nantes Emiliano Sala tribute shirt is white with stripes made up of thin light blue horizontal lines. 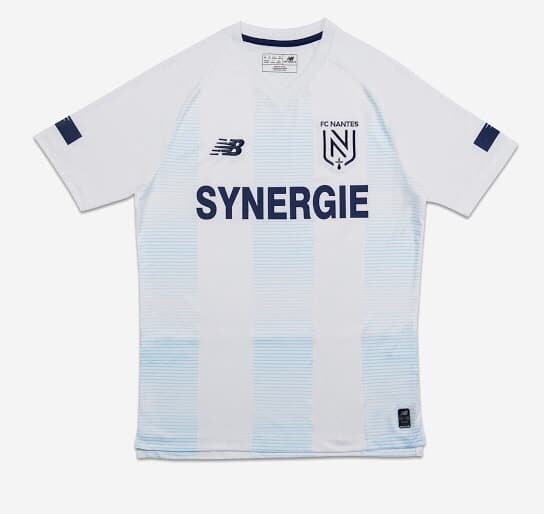 The detail on the outer edge of the cuffs is coloured navy as is the New Balance logo on the right breast, the FC Nantes crest on the left breast and the Synergie shirt sponsor. 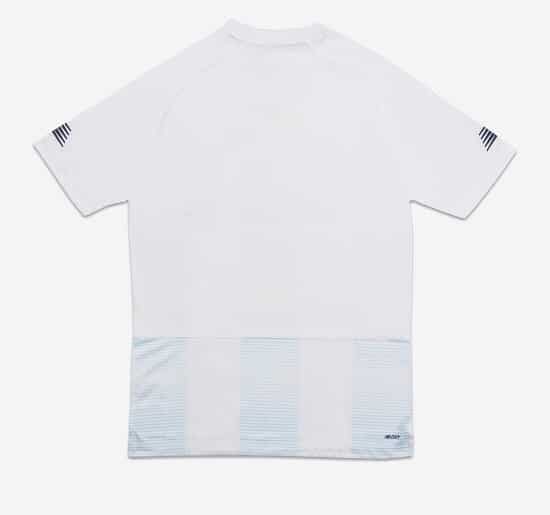 The back of the jersey is predominantly white with light blue stripes running from the lower back to the hem.

Only 800 Sala tribute jerseys were made available with all proceeds going to the Argentines two you teams back in his home country, SAN Martín de Progreso and Club Proyecto Crecer.

FC Nantes will wear the Sala tribute kit when they face Girondins de Bordeaux on Sunday.